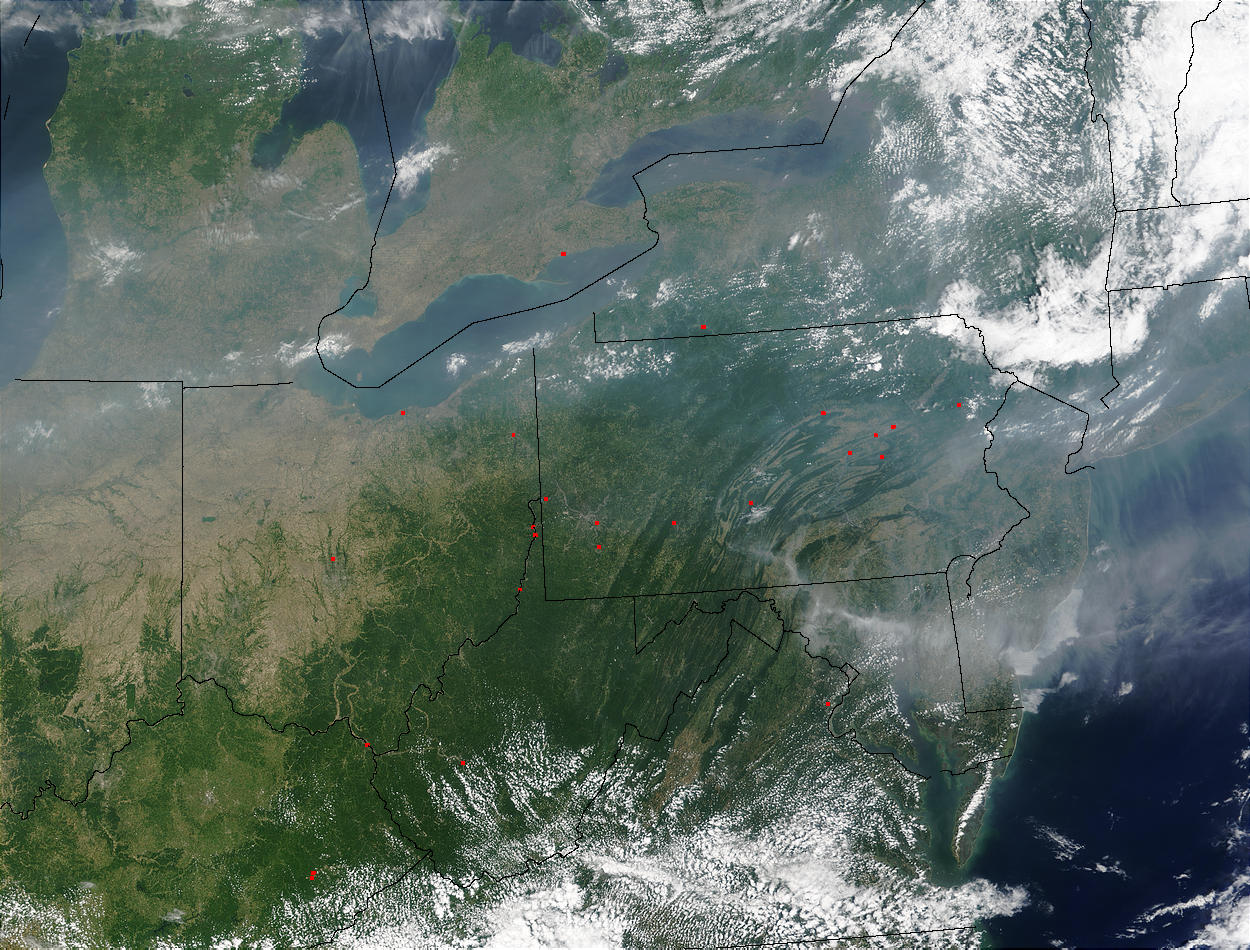 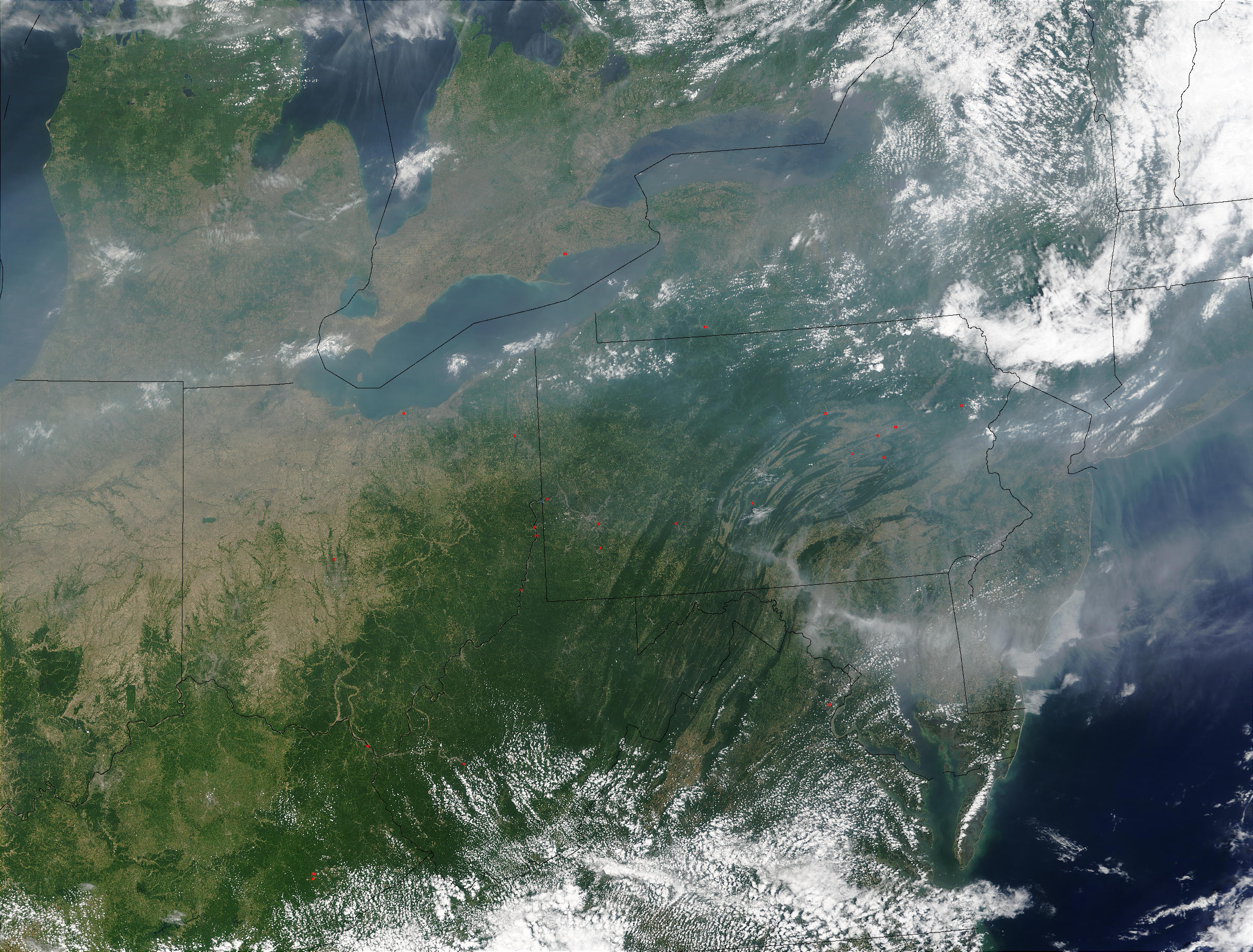 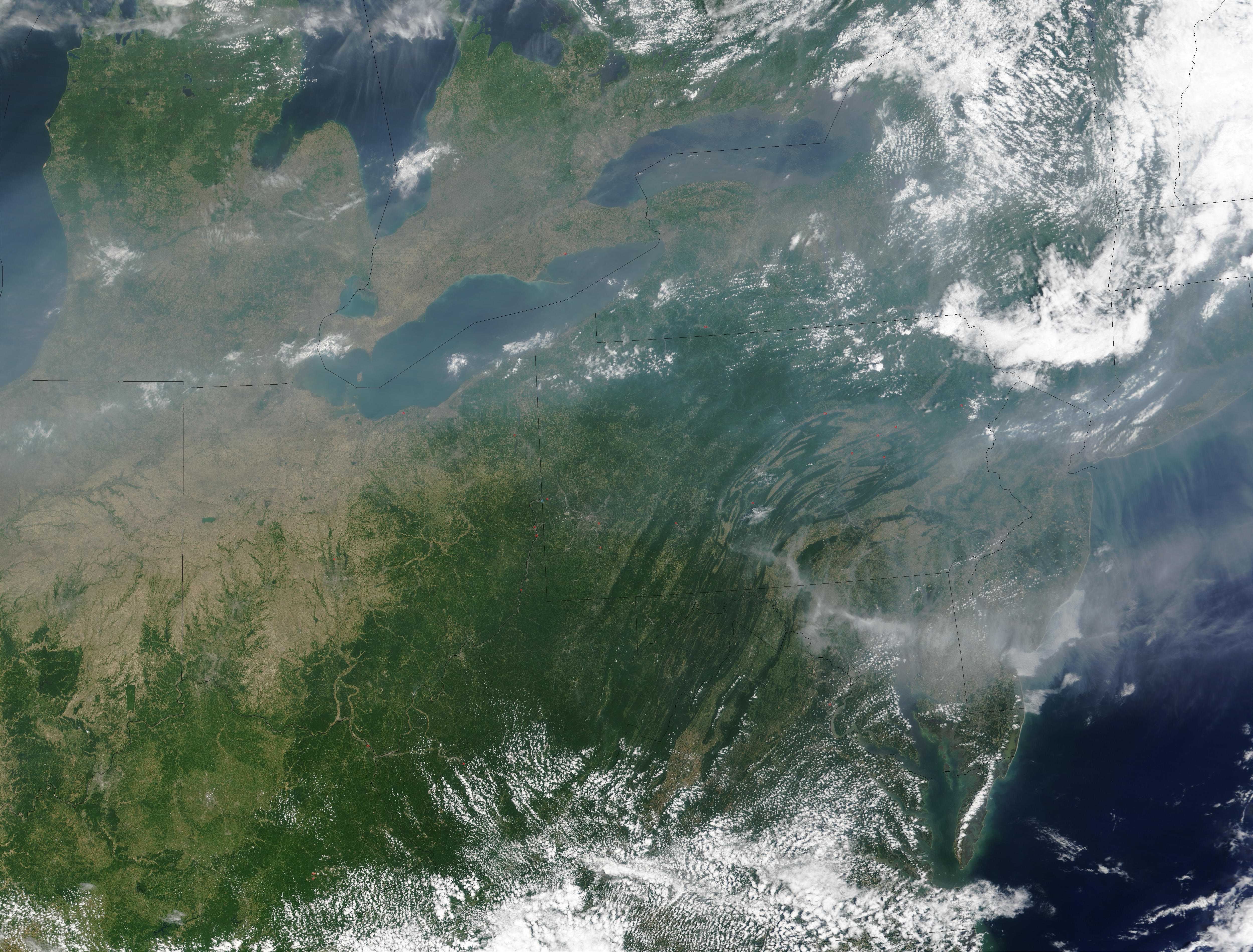 Pollution over the Great Lakes and United States East Coast

Air quality across the Great Lakes and Mid-Atlantic regions of the United States is less than ideal in late June 2002. Much of the pollution is likely smoke from forest fires in the West and fires in Canada’s prairie provinces to the north. Since the dominant weather patterns across the country move air from west to east, it is not uncommon for air quality along the East Coast to be affected by fires out West.

This series of images from the Moderate Resolution Imaging Spectroradiometer (MODIS) shows hazy skies over over the East during late June and early July. Several eastern fires (red dots) are contributing to the haze as well.