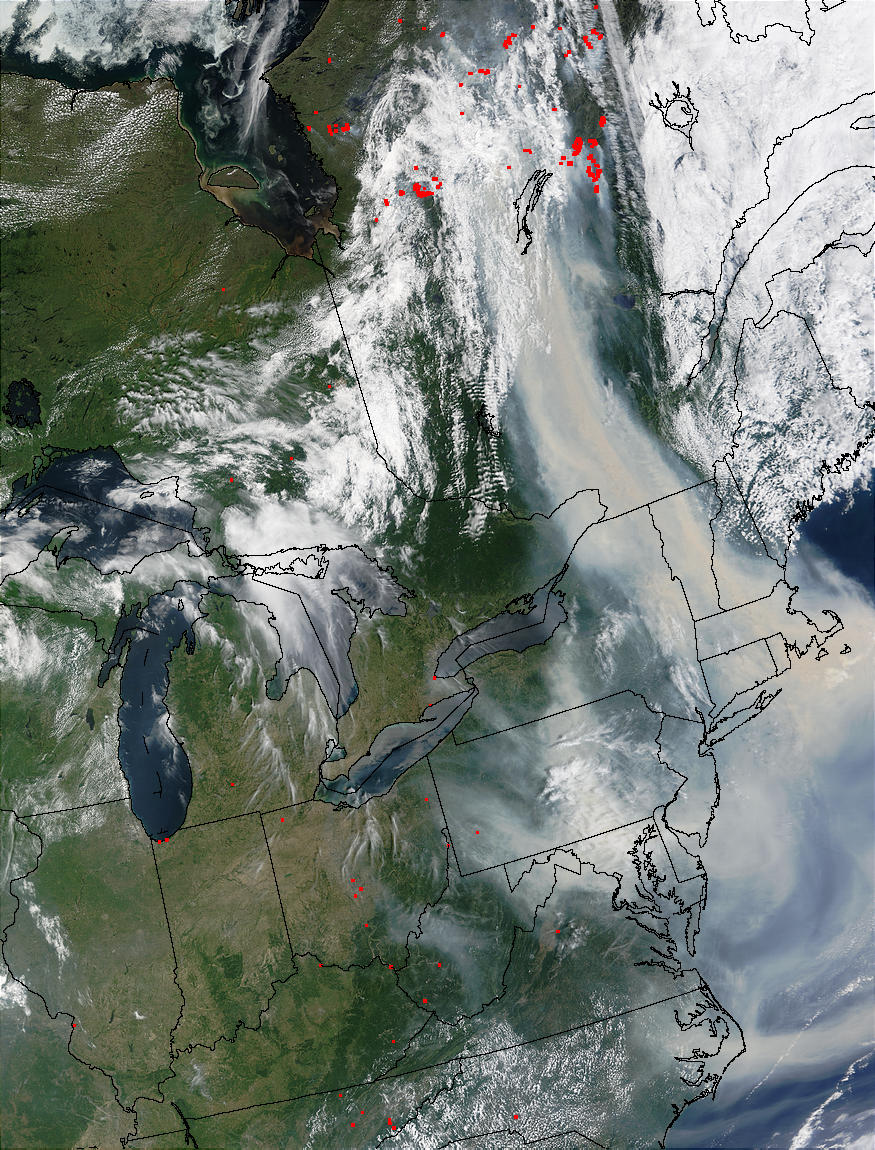 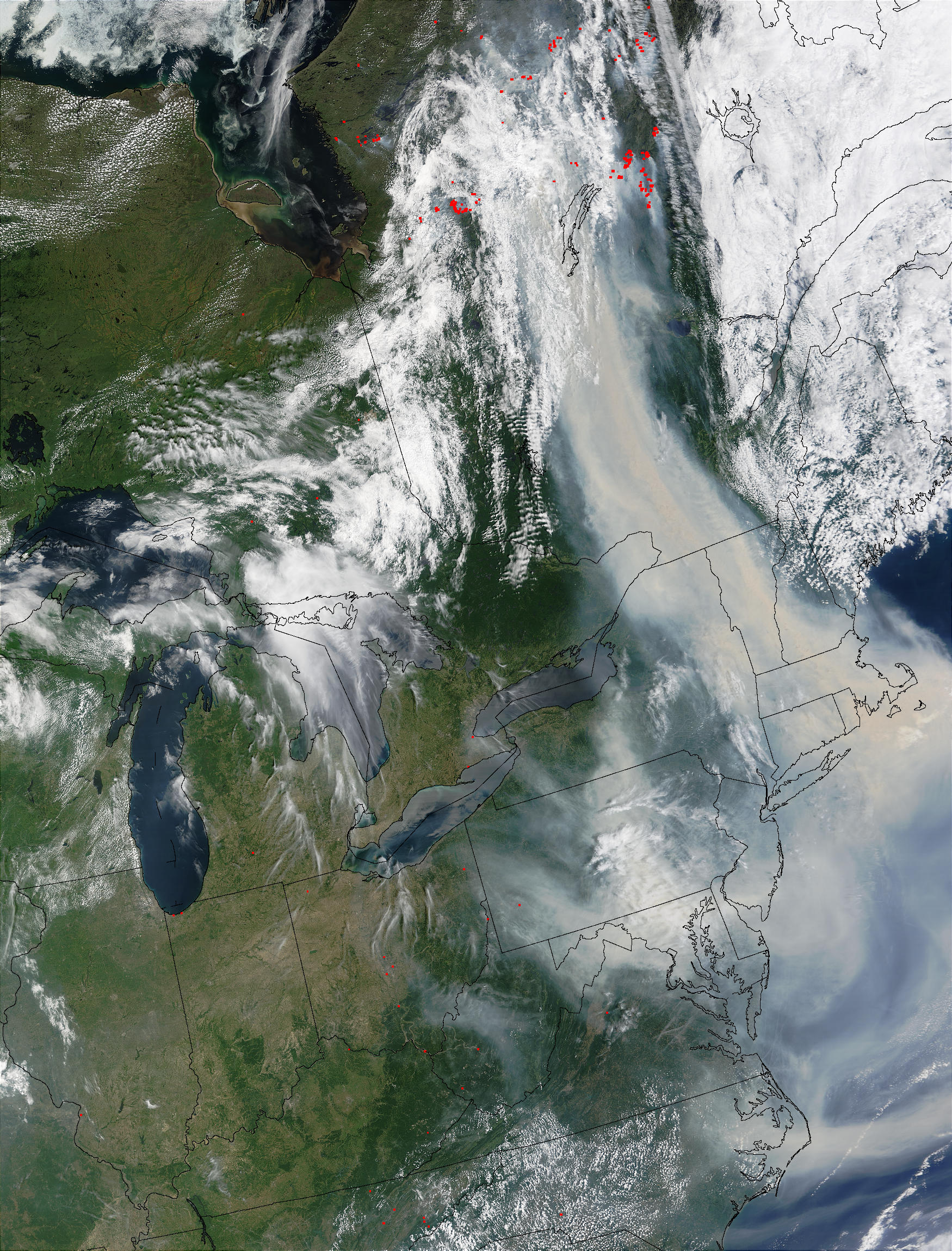 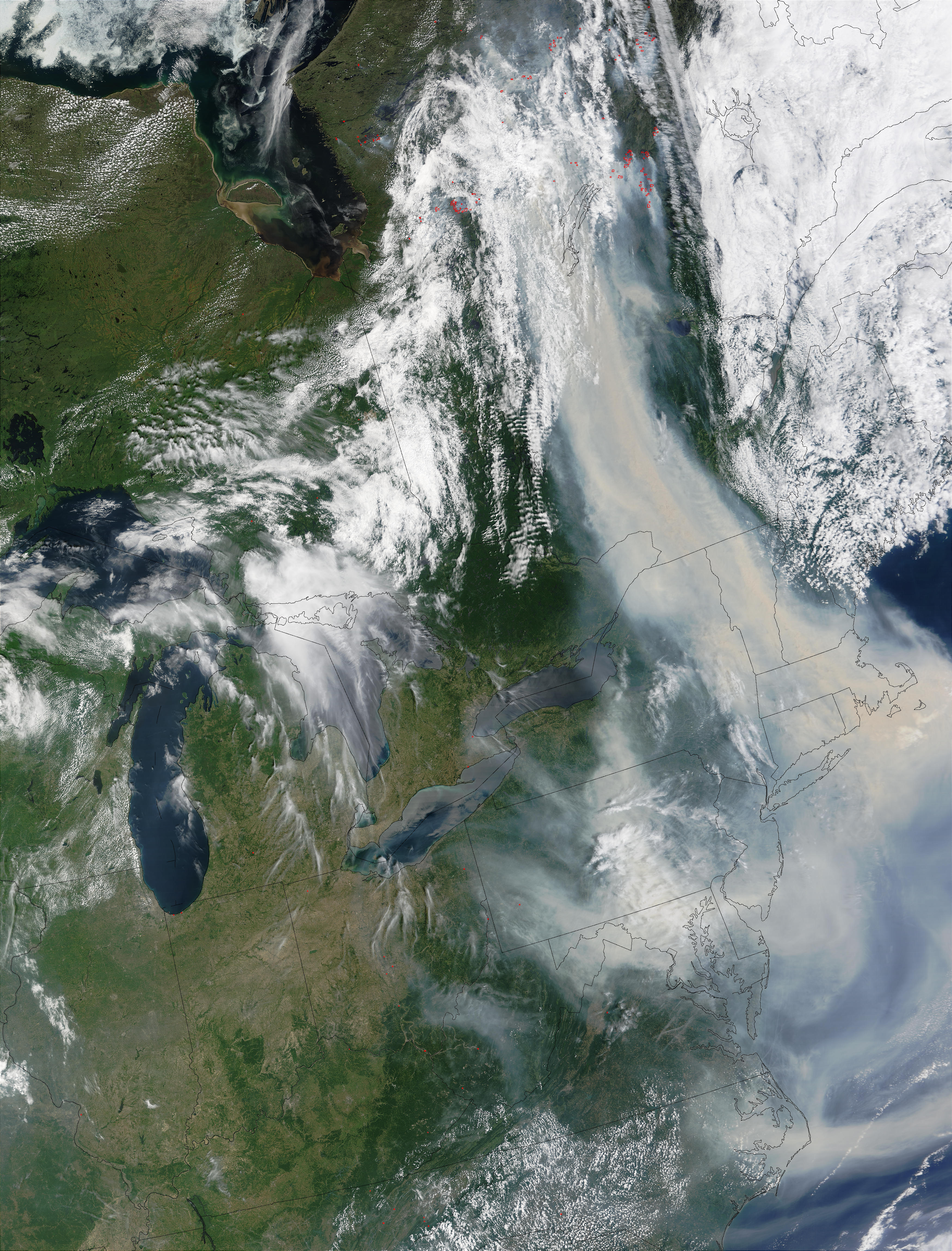 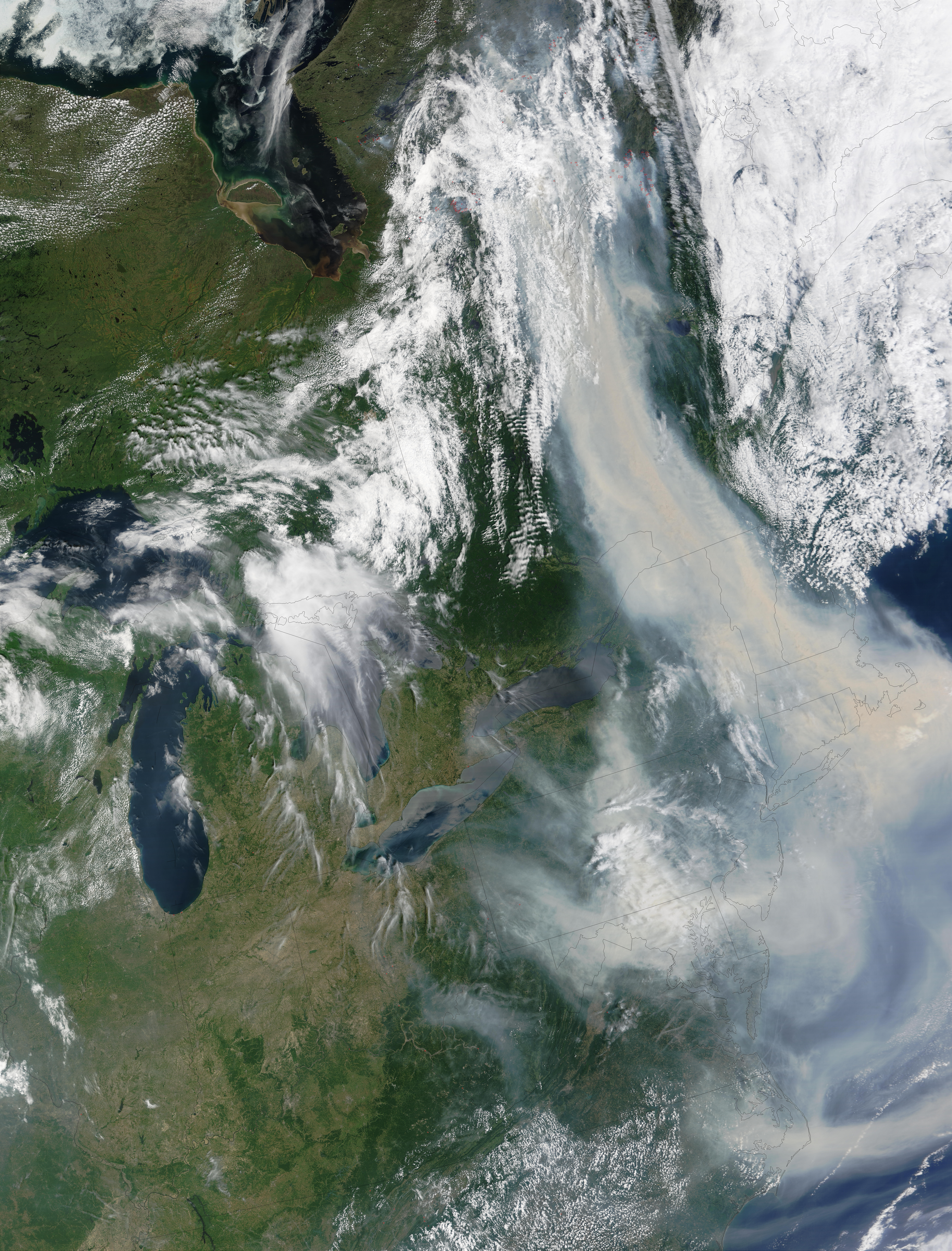 Wildfires in Quebec and smoke over United States East Coast

Smoke from multiple large wildfires in Québec is blanketing the southern portion of the Canadian province and extending southward over the Great Lakes and eastern United States. This series of images acquired by the Moderate Resolution Imaging Spectroradiometer (MODIS) on the Terra satellite begins on July 7, 2002, and shows dozens of active fire detections (red dots) east of James Bay at upper left. The enormous smoke plume is almost 200 miles wide where it enters the United States over the New York and Vermont state lines. The thick pall is affecting air quality in places well to the south, including New York, Baltimore, and Washington, D.C. The image shows the smoke drifting out over the Atlantic Ocean, and then curling back in over North Carolina (bottom right). On Sunday, July 7, the Canadian Interagency Forest Fire Center reported 15 new fires in Québec in the preceding 24 hours, bringing the total to more than 40 fires in the region, at least 7 which were burning out of control. Most of the fires are believed to have been caused by lightning, more of which is expected on Monday. According to news reports, several hundred people remain evacuated from their homes.