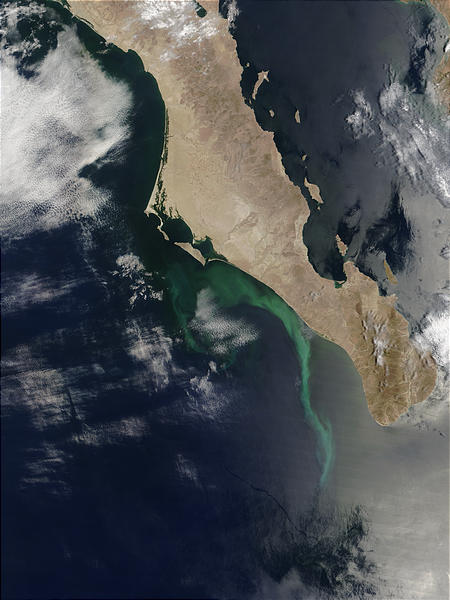 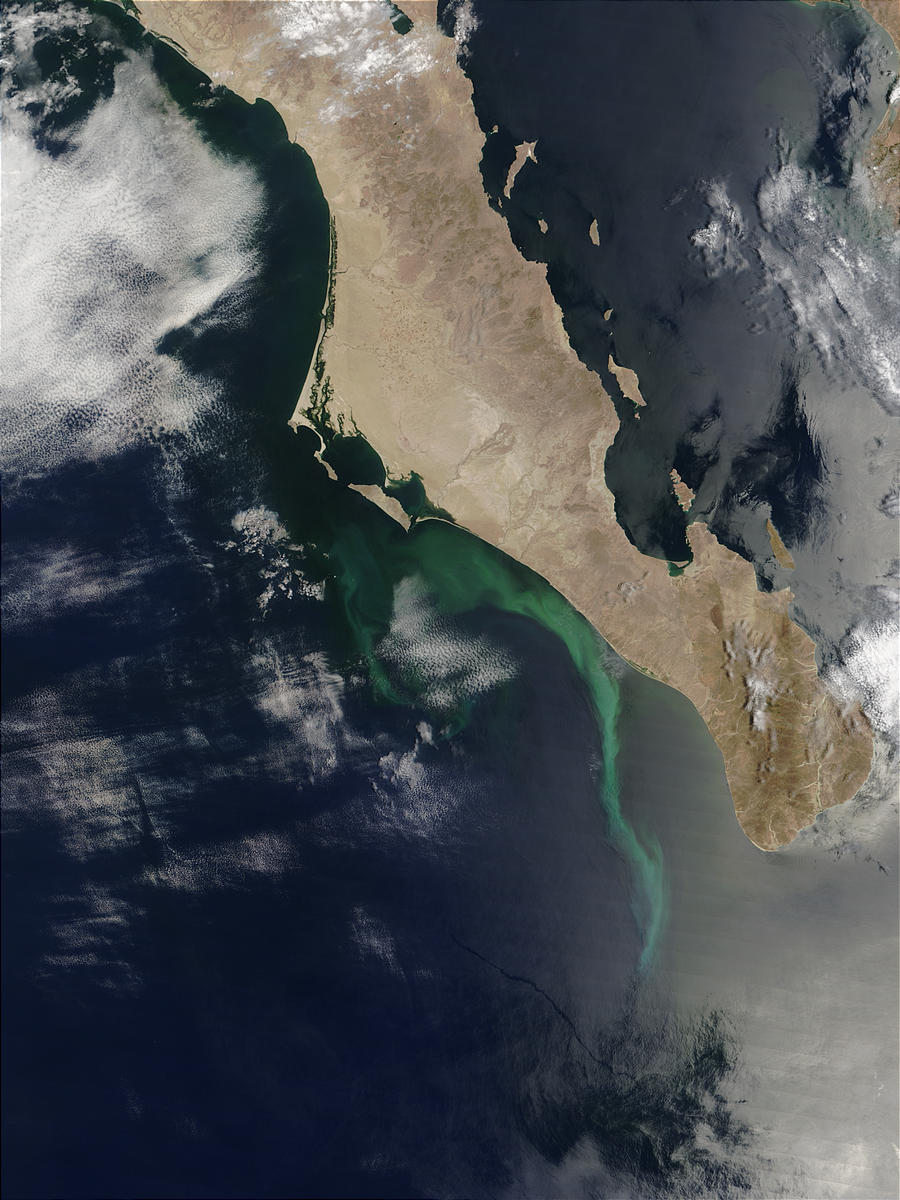 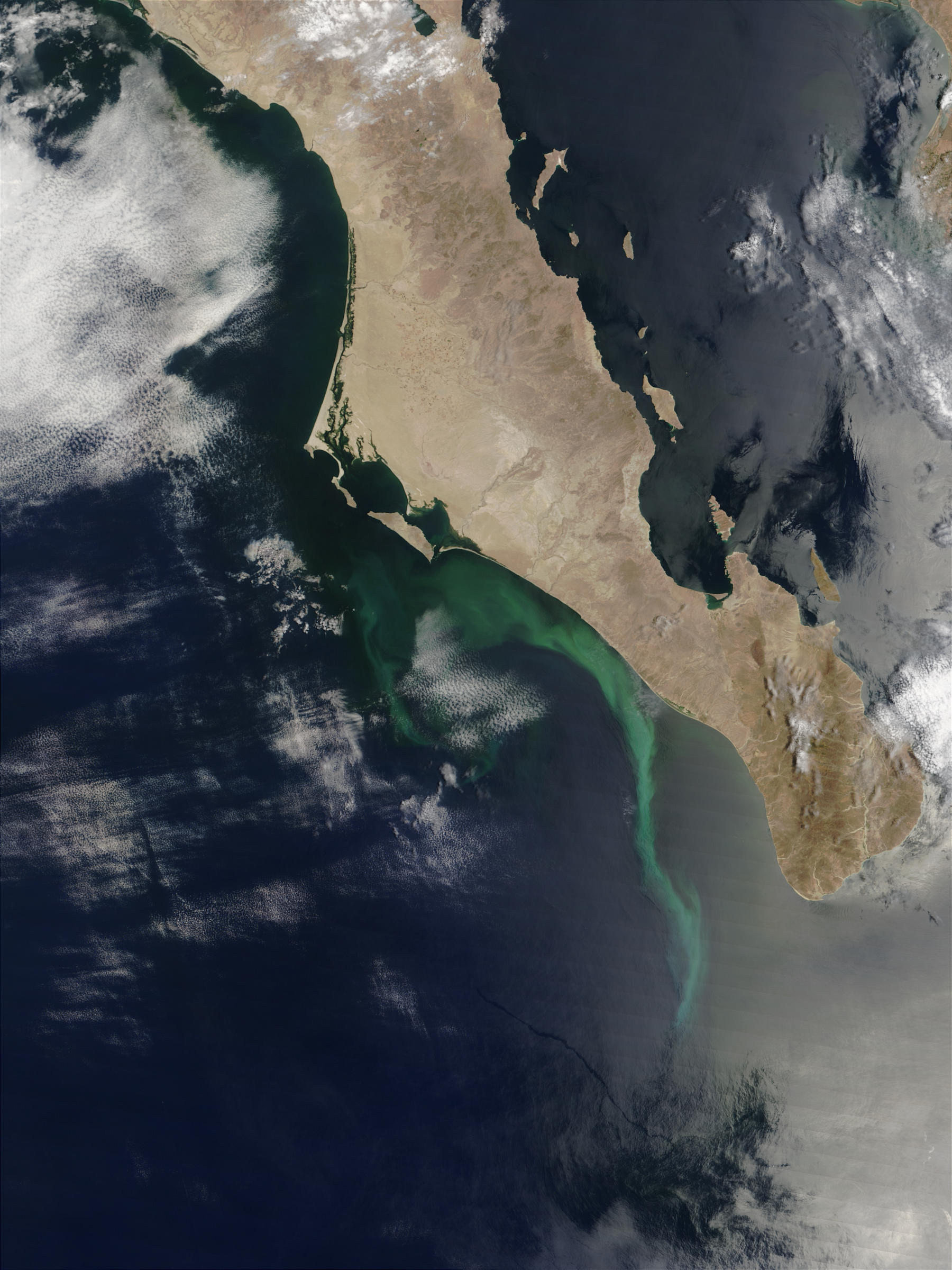 Sulfur blooms are produced by anaerobic bacteria on the floor of the ocean. The bacteria feed on dead algae and produce hydrogen sulfide as a waste product. The hydrogen sulfide builds up in the sediments of the ocean floor, eventually accumulating to the point at which it bubbles out of the sediment and rises to the ocean surface. When it reaches the surface, it oxidizes into pure sulfur, which in certain amounts is poisonous to marine life and humans.