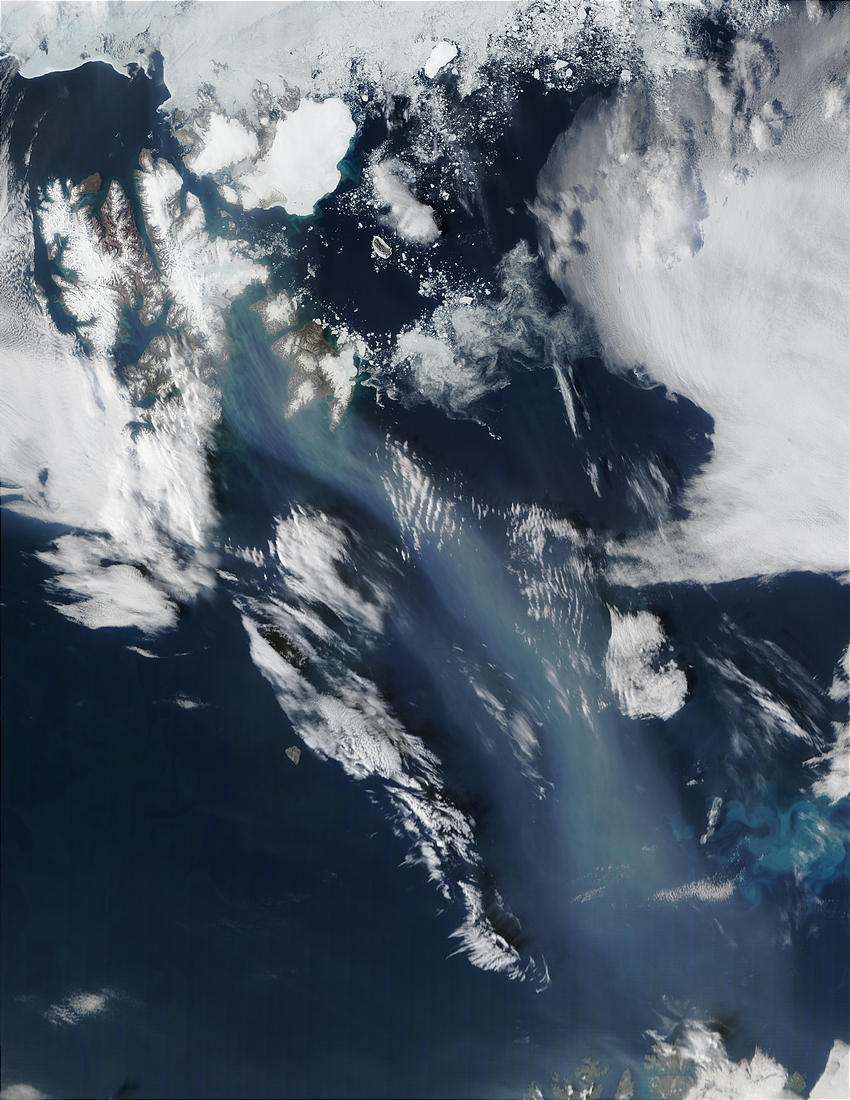 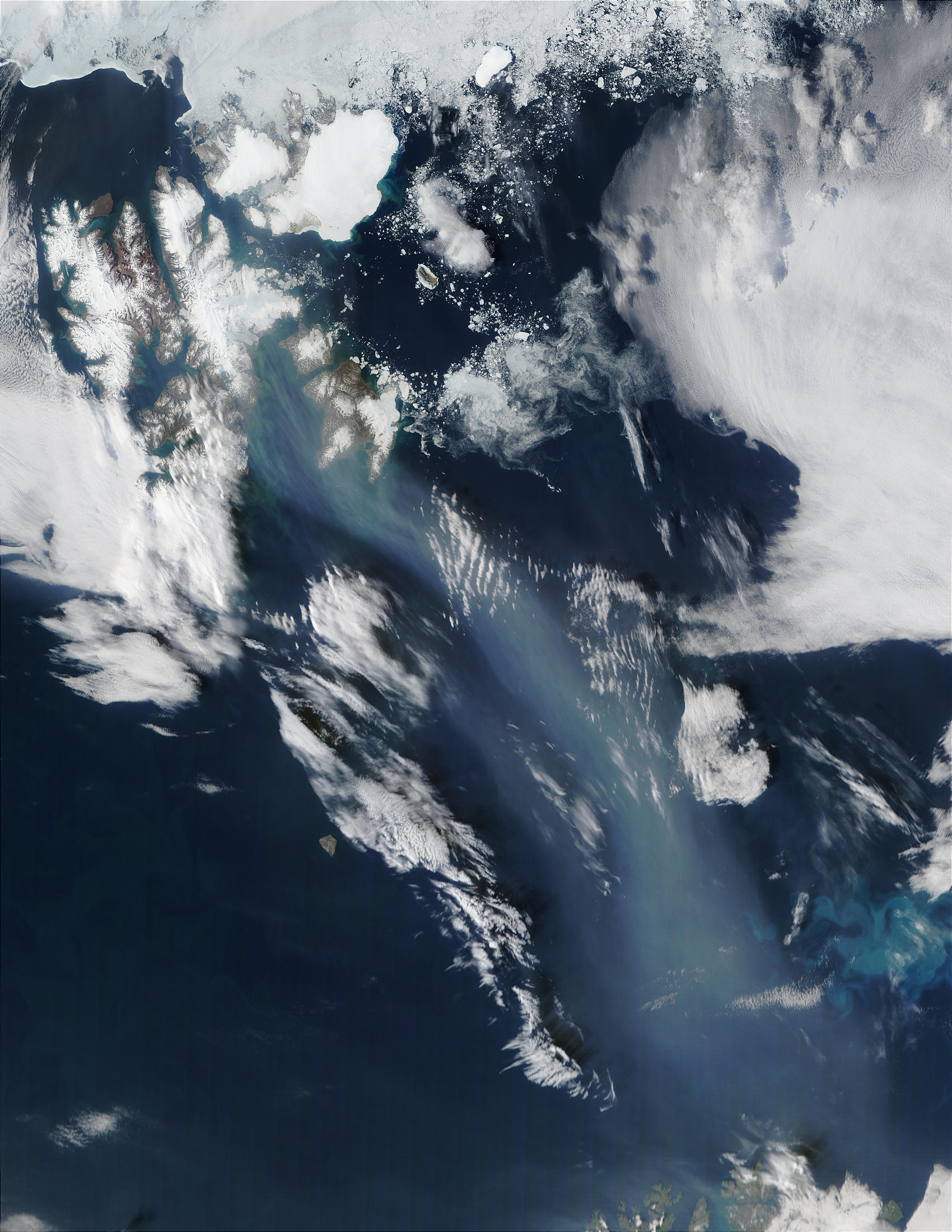 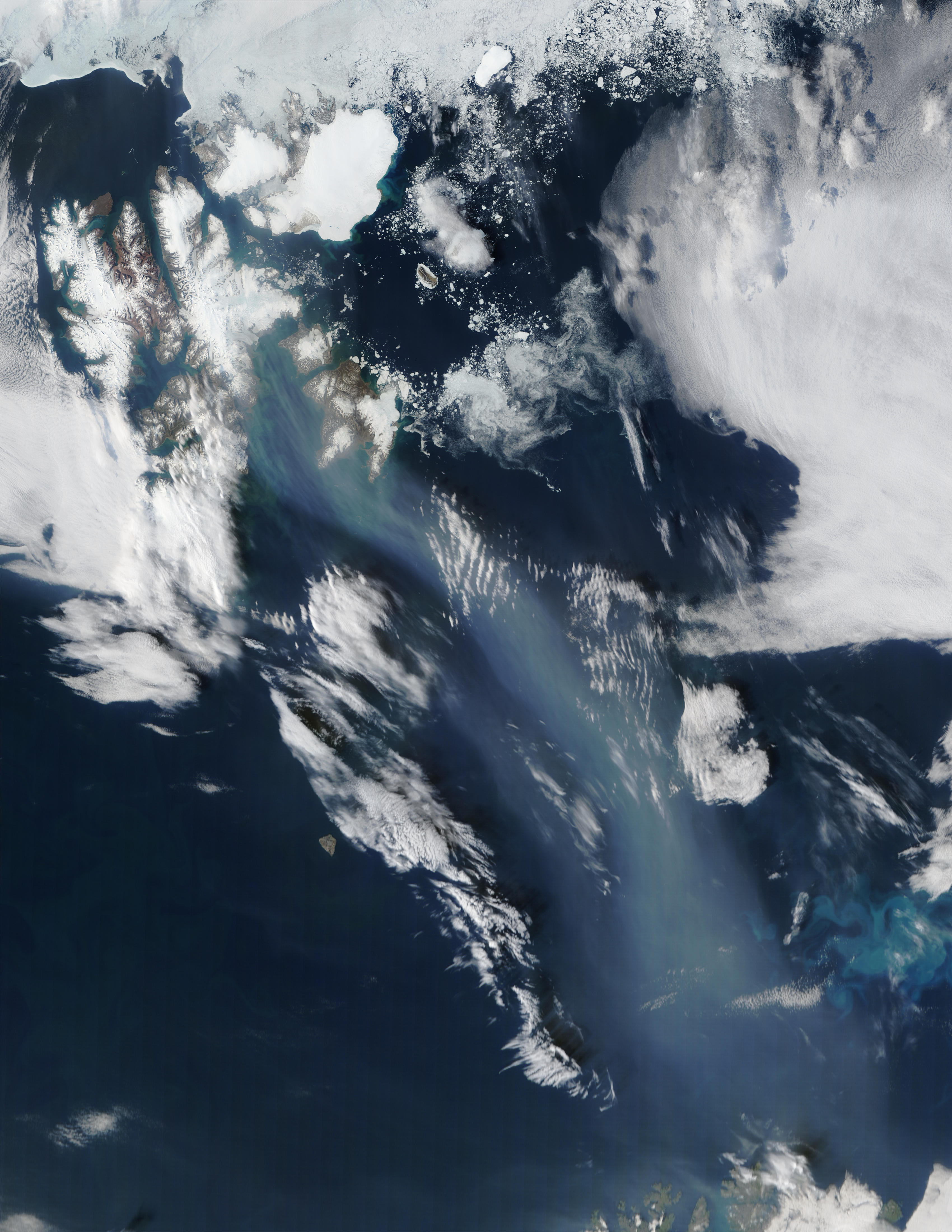 Smoke from Saskatchewan fires (Canada) off Svalbard and Norway

Smoke (grayish swath in western half of image) from wildfires in Saskatchewan, Canada, has crossed the Atlantic Ocean, passed over Svalbard (top left) and arrived over the shores of Norway (bottom right) on July 11, 2002. Although fires were also burning in Québec, Canada, around the same time (which would seem to be the more likely source of the plume because it is closer) visual inspection of additional MODIS imagery over a span of several days shows that the plume most likely originated with the fires in Saskatchewan.

The brighter, turquoise swirls in the otherwise dark waters of the Barents Sea at bottom left indicate the presence of a large phytoplankton bloom. These microscopic marine plants contain chlorophyll and other pigments that are very reflective, and produce colorful patterns in the water. This true-color scene was acquired by the Moderate Resolution Imaging Spectroradiometer, flying aboard NASA’s Terra satellite.