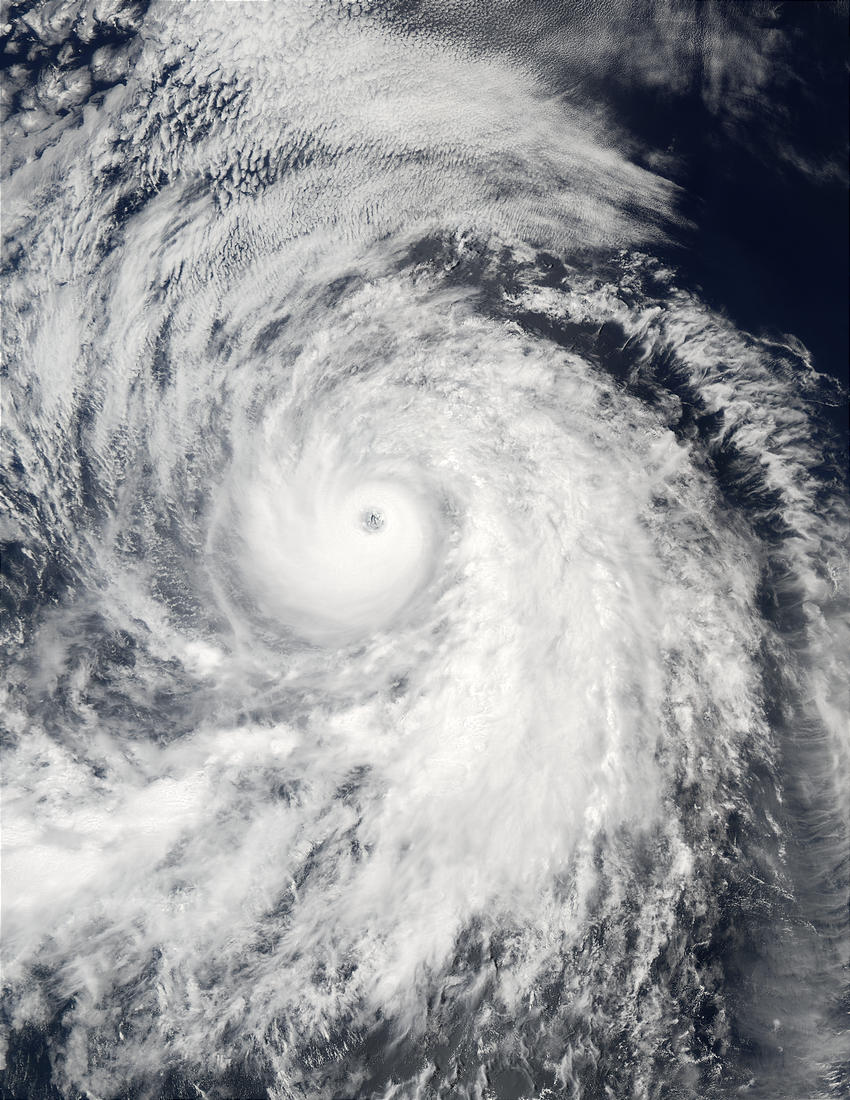 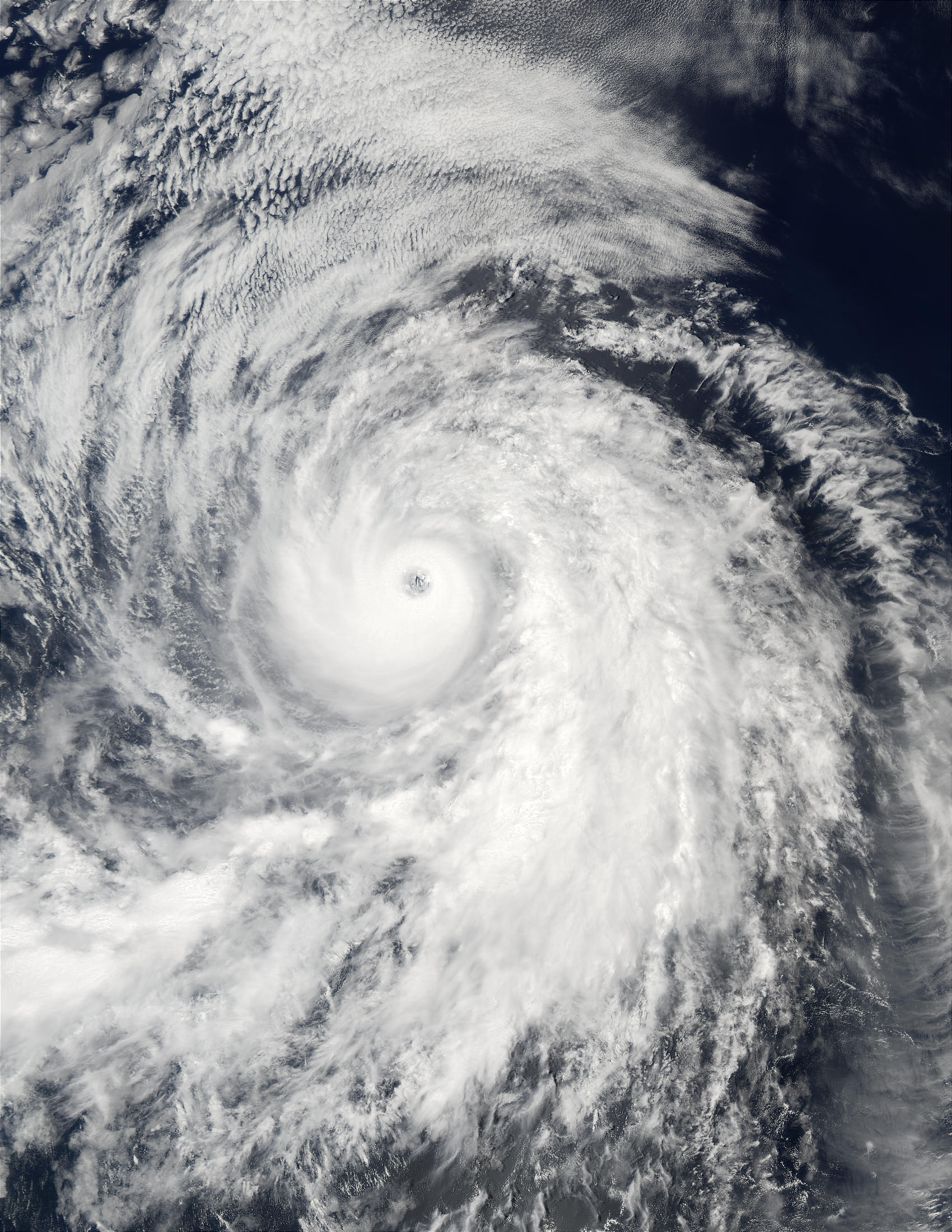 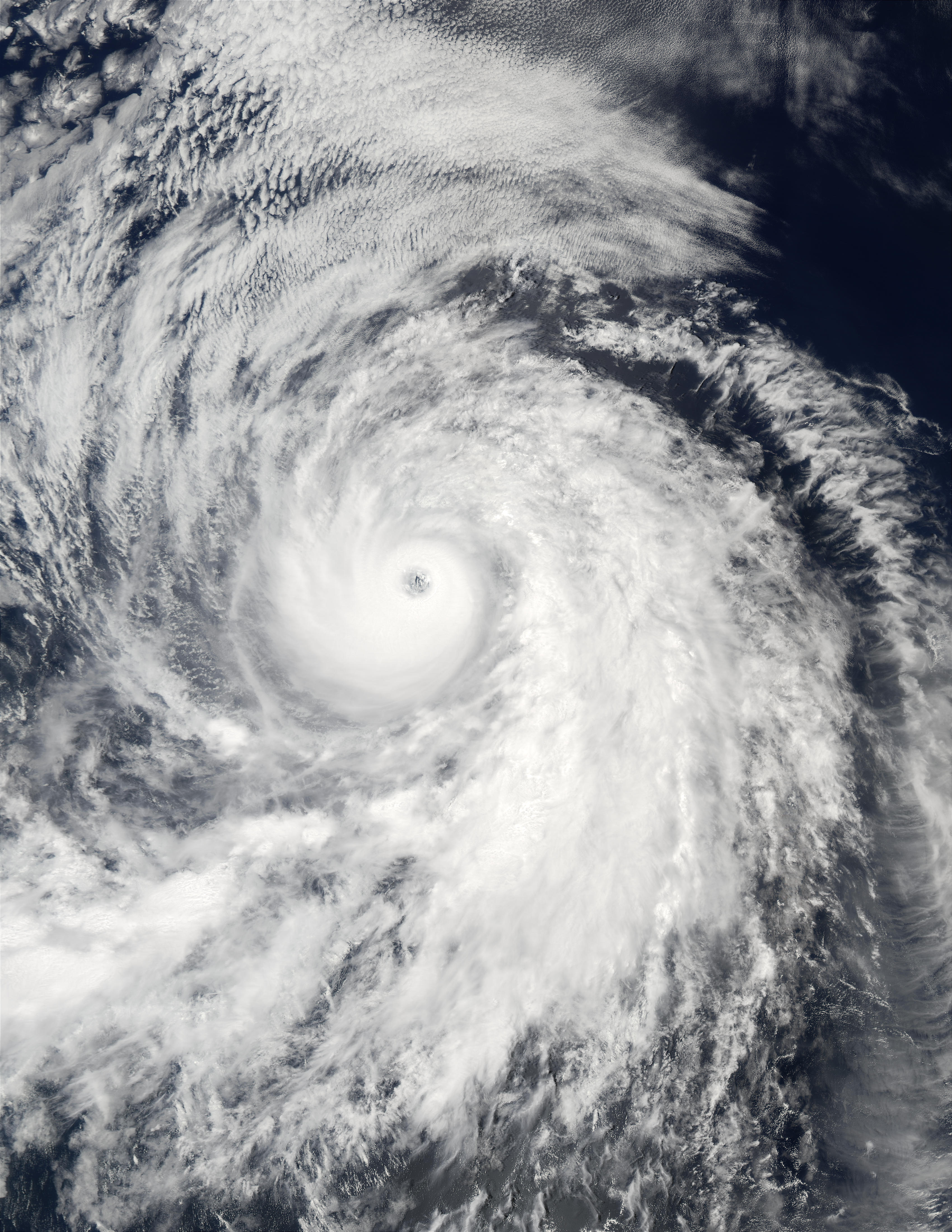 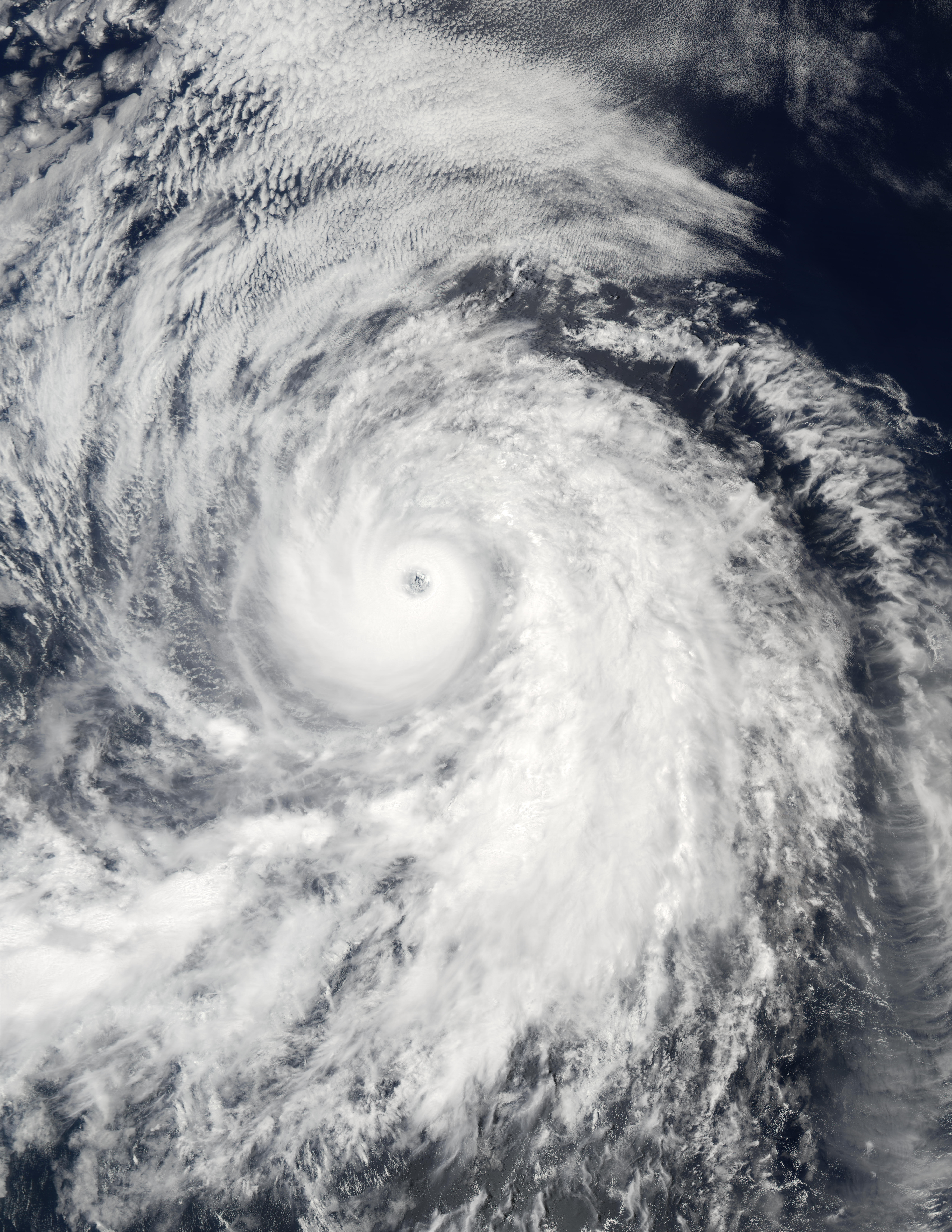 Hurricane Fausto began in the eastern Pacific Ocean west of Mexico on August 21, 2002. The storm reached Category 4 hurricane status on August 24 before weakening as it moved westward. This image of the storm was acquired by the Moderate Resolution Imaging Spectroradiometer (MODIS) on the Aqua satellite on August 24, 2002.