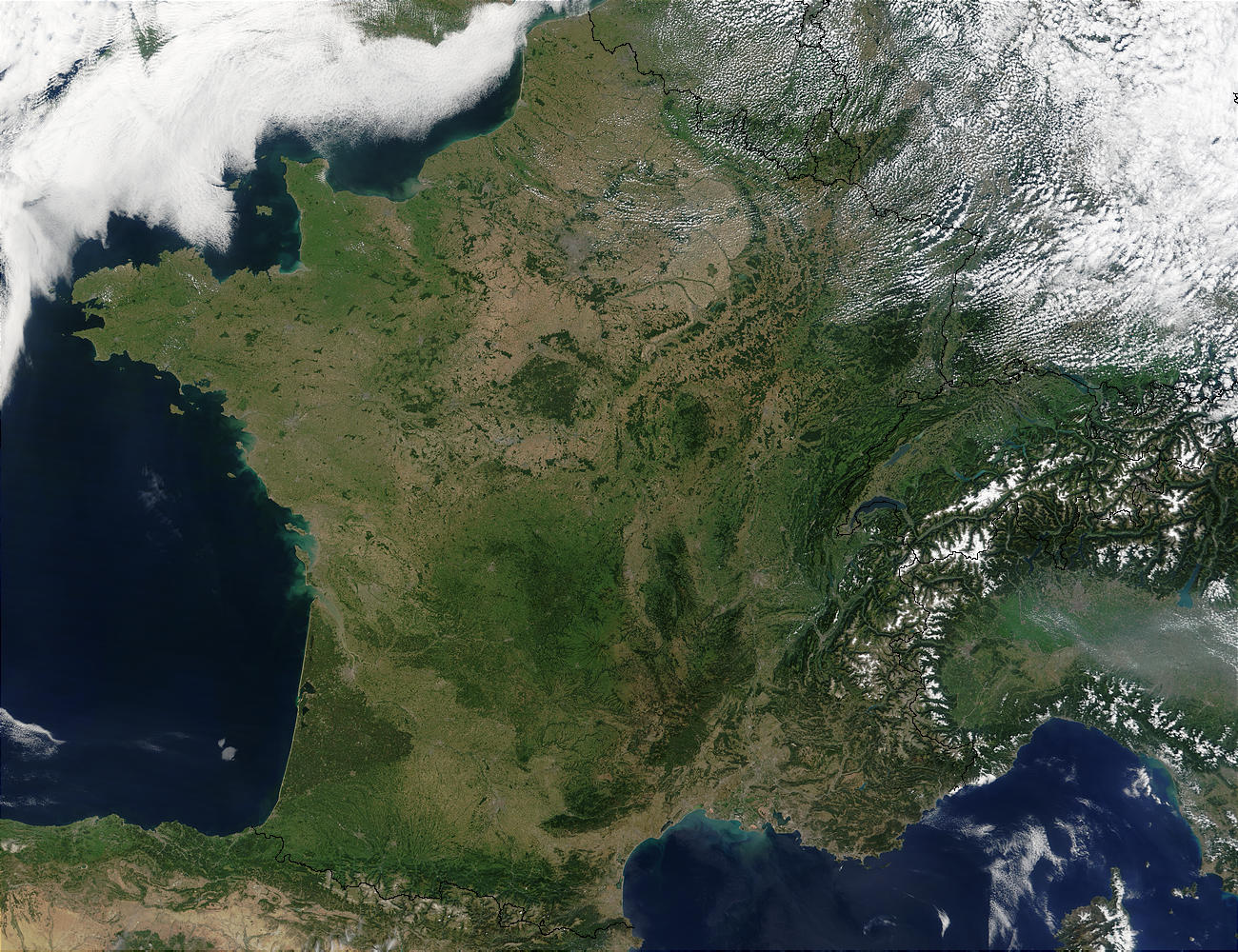 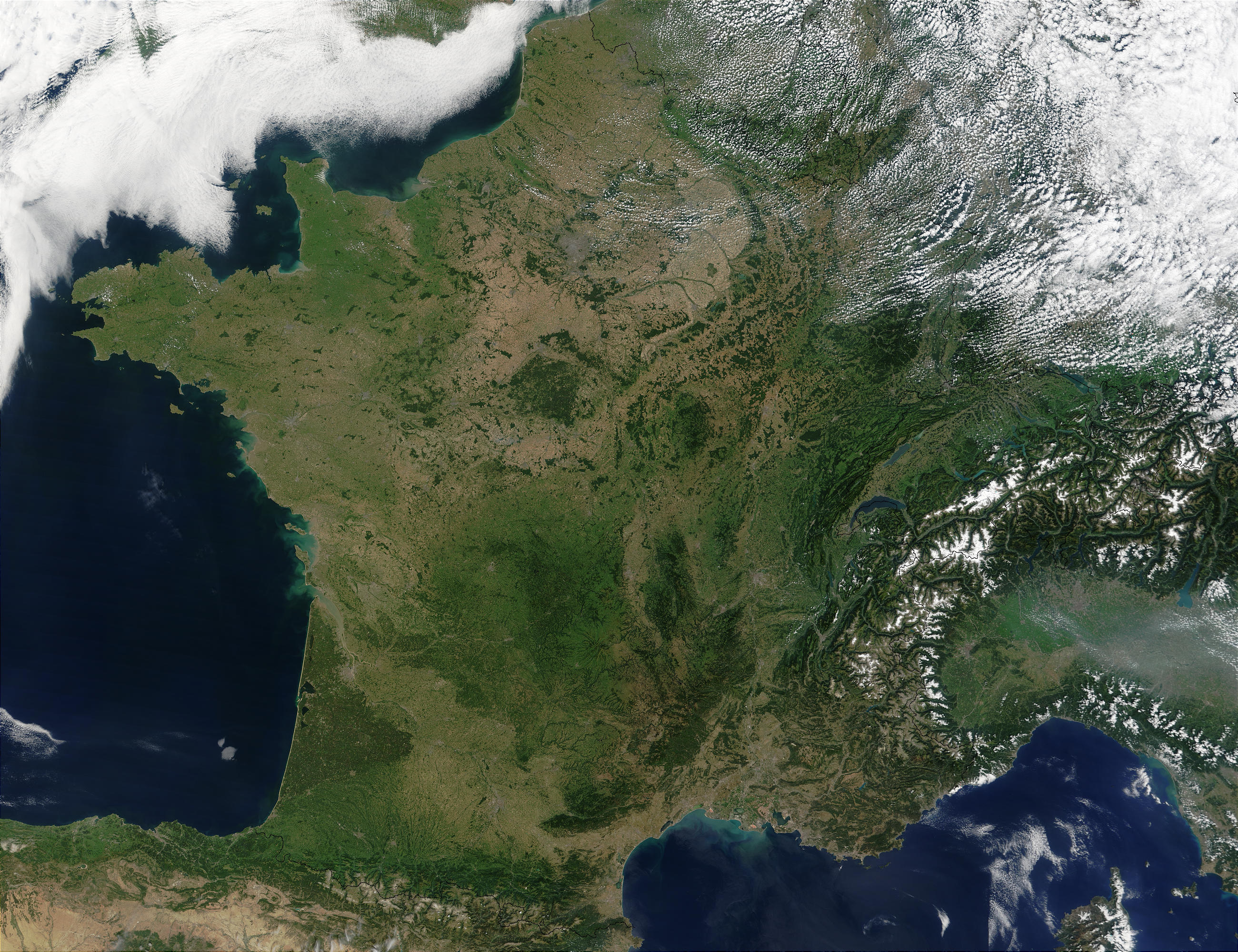 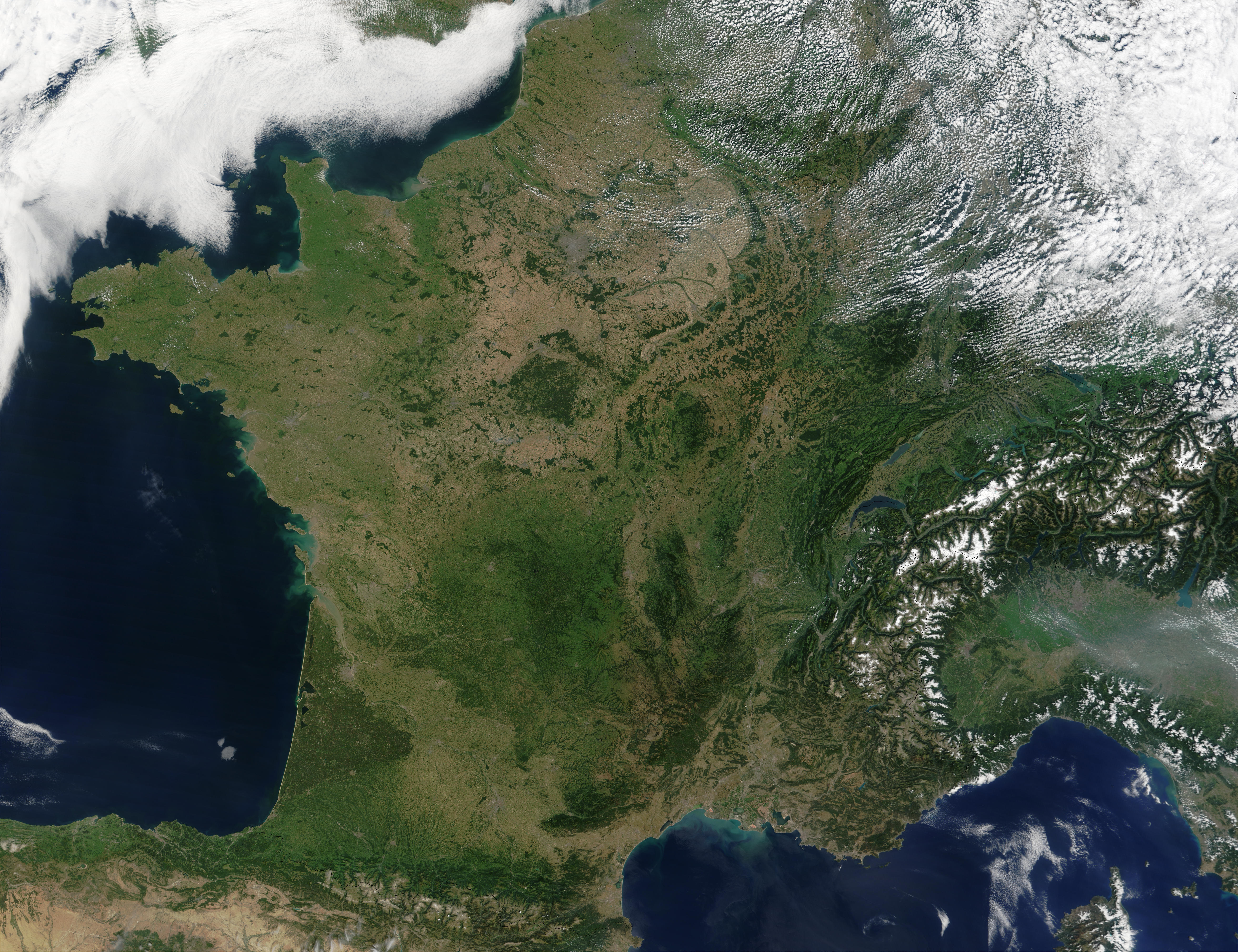 An unusually cloud-free France shows green and tan in this true-color Moderate Resolution Imaging Spectroradiometer (MODIS) image acquired August 14, 2002, by the Terra satellite. The great city of Paris is visible in the upper center of the image as a gray smudge against the landscape, and is even clearer in the higher resolutions of this image.

To the north, clouds mostly obscure the English Channel, but the Bay of Biscay to the west is clear, as is the Mediterranean Sea to the south. The northernmost portion of Spain is clearly visible at the bottom of the image, and is separated from France by the Pyrenees Mountain Range. On the right side of the image (from top to bottom) are Belgium, Luxembourg, Germany, Switzerland, and Italy. The island of Corse (Corsica), which is part of France, sits in the Mediterranean, south of Italy and the Ligurian Sea.