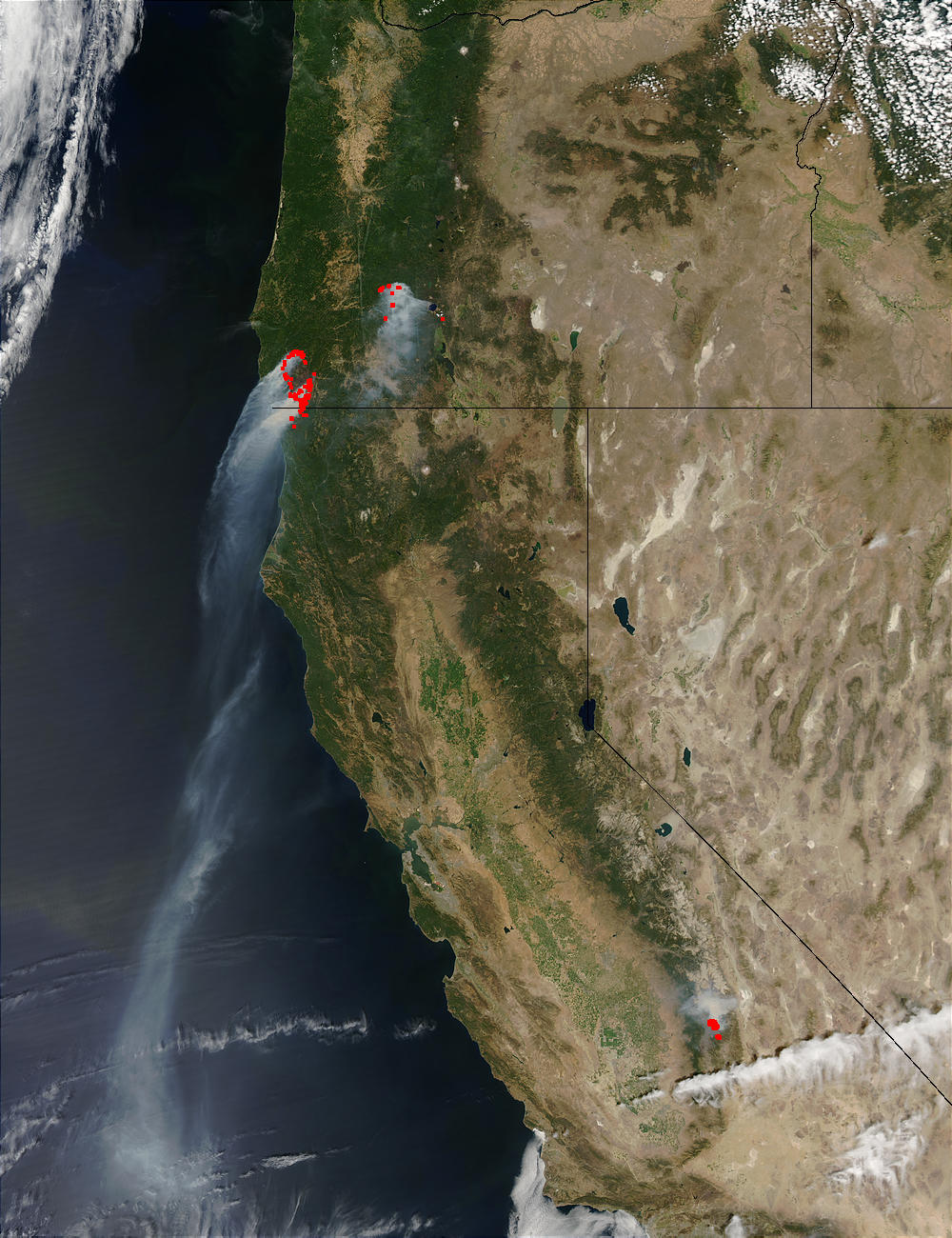 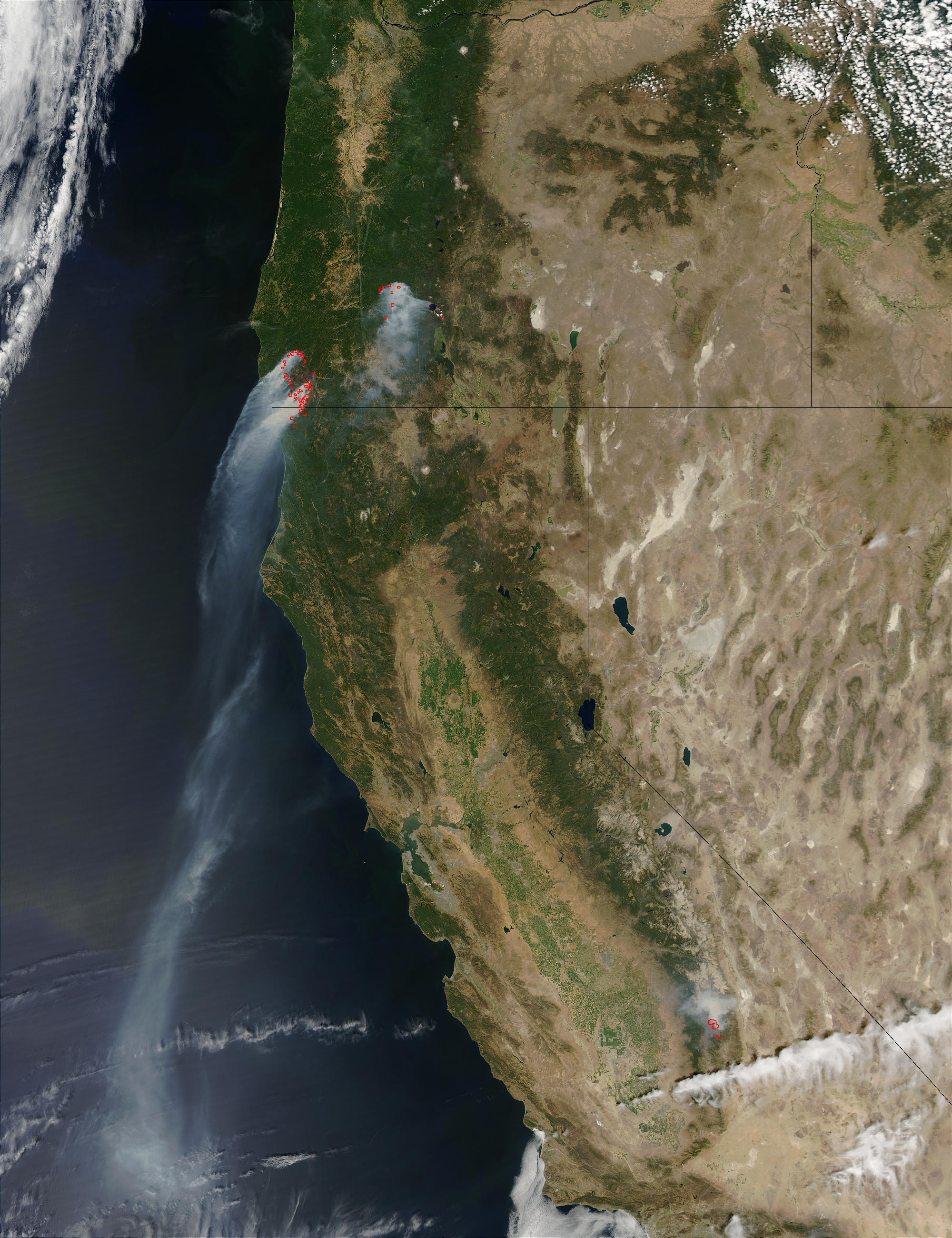 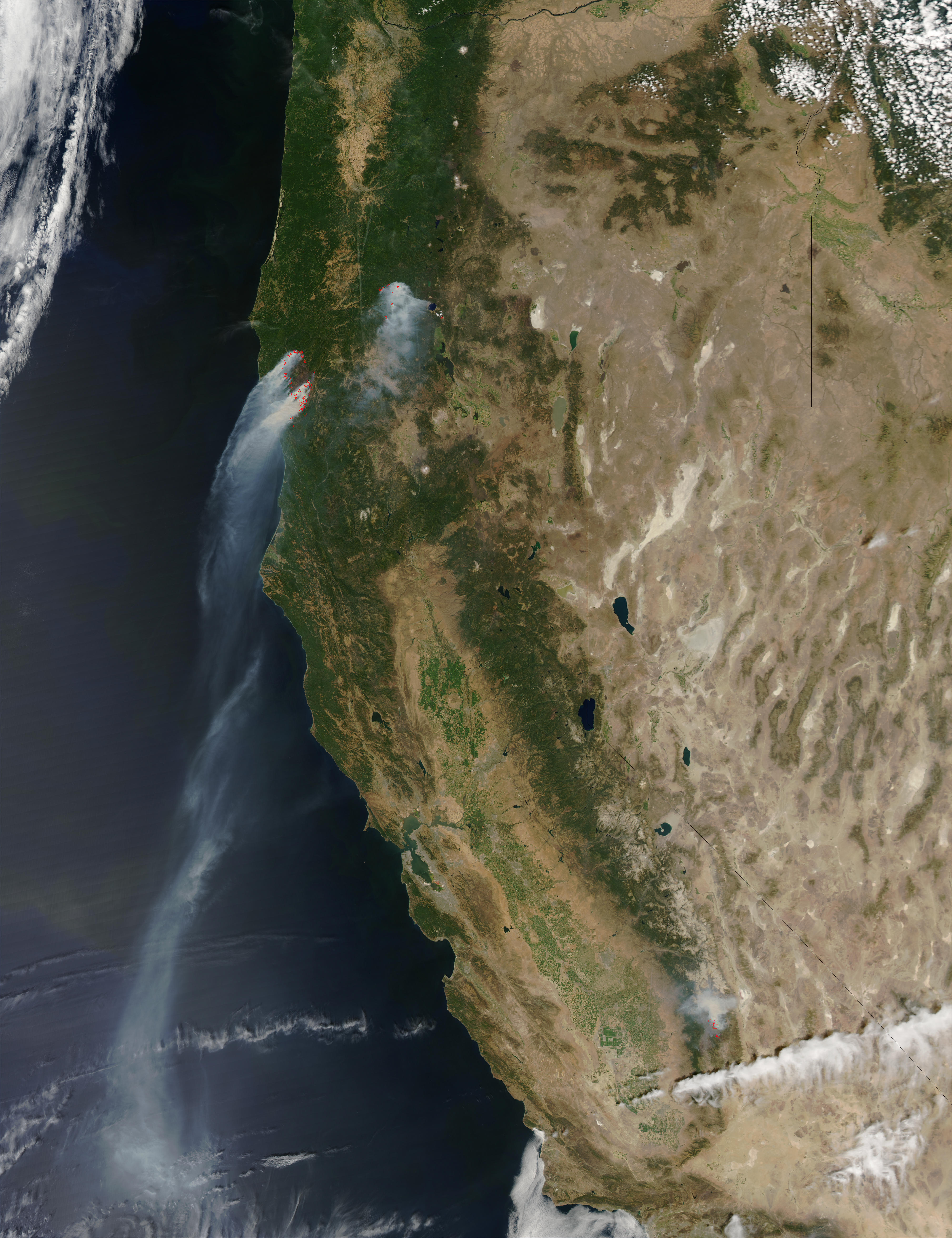 In the southern Sierra Nevada Mountains of California, a large fire sprang up in the Sequoia National Forest about 12 miles north of the town of Kernville. According to reports from the U.S.D.A Forest Service, the McNalley fire started on the afternoon of July 21, 2002, and by Monday, July 22, had spread to more than 9,000 acres. The fire, which spread rapidly in response to erratic winds, threatened hundreds of residences. This series of Moderate Resolution Imaging Spectroradiometer (MODIS) images begins on July 22, 2002, and extends into August. In the images, fires are marked with red outlines. This series also contains images that show fires in Oregon as well. The Biscuit Fire in southwest Oregon was a combination of the Florence Fire and Sour Biscuit Fires, which merged to create a single massive blaze that ultimately burned almost half a million acres. The fire burned over the state line into California, and ultimately consumed almost half a million acres. The Tiller Complex Fire to its northeast was a complex of multiple small and large blazes.