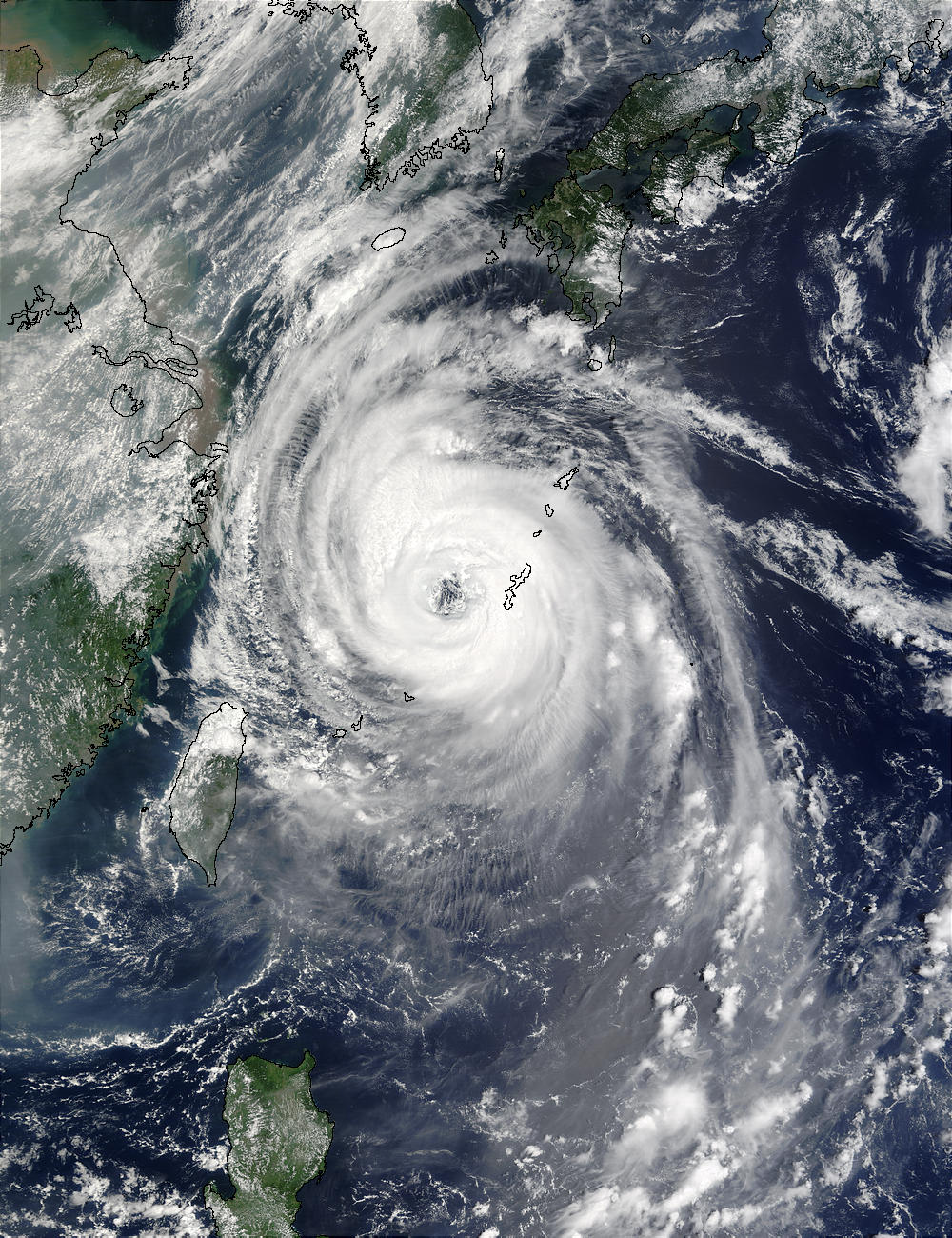 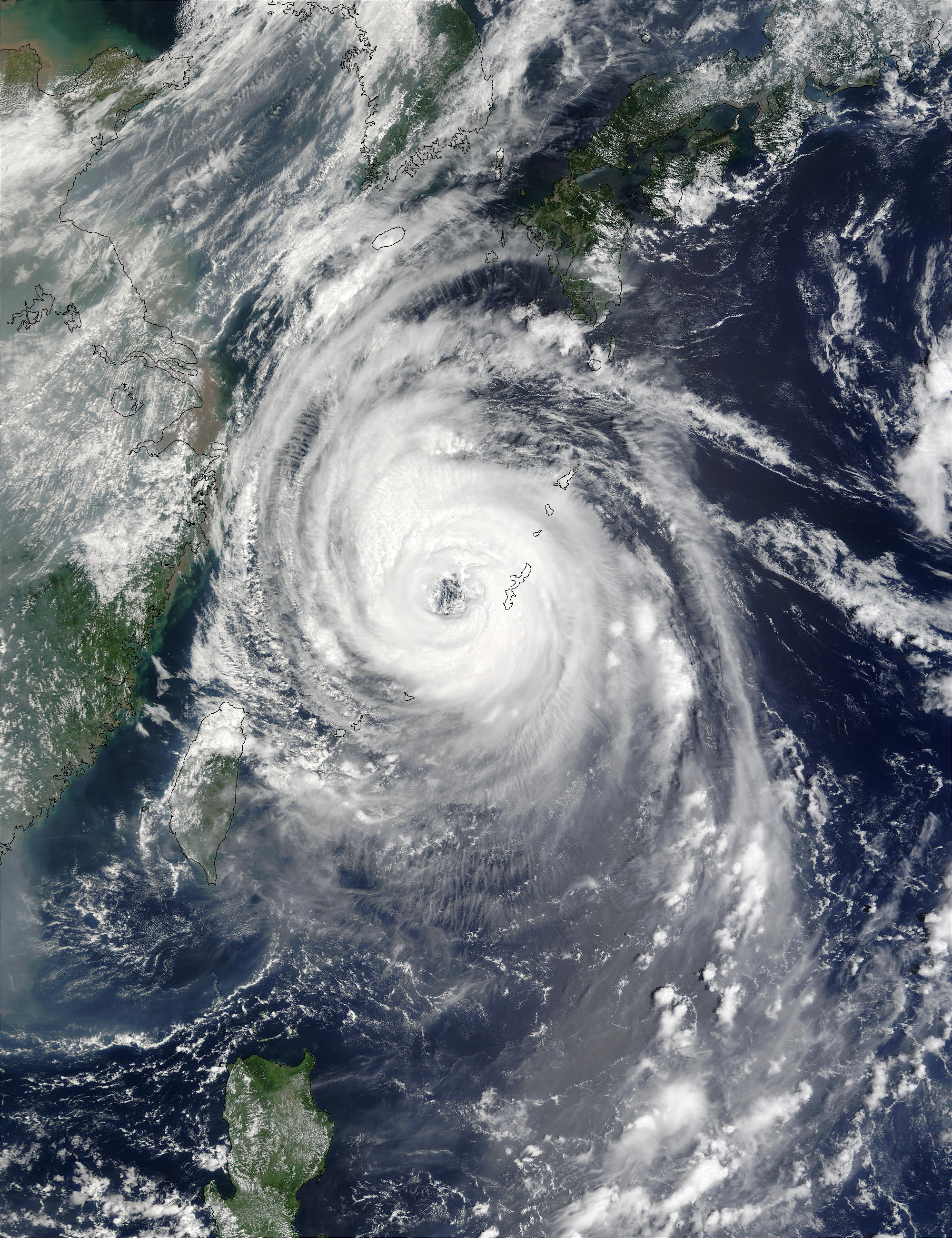 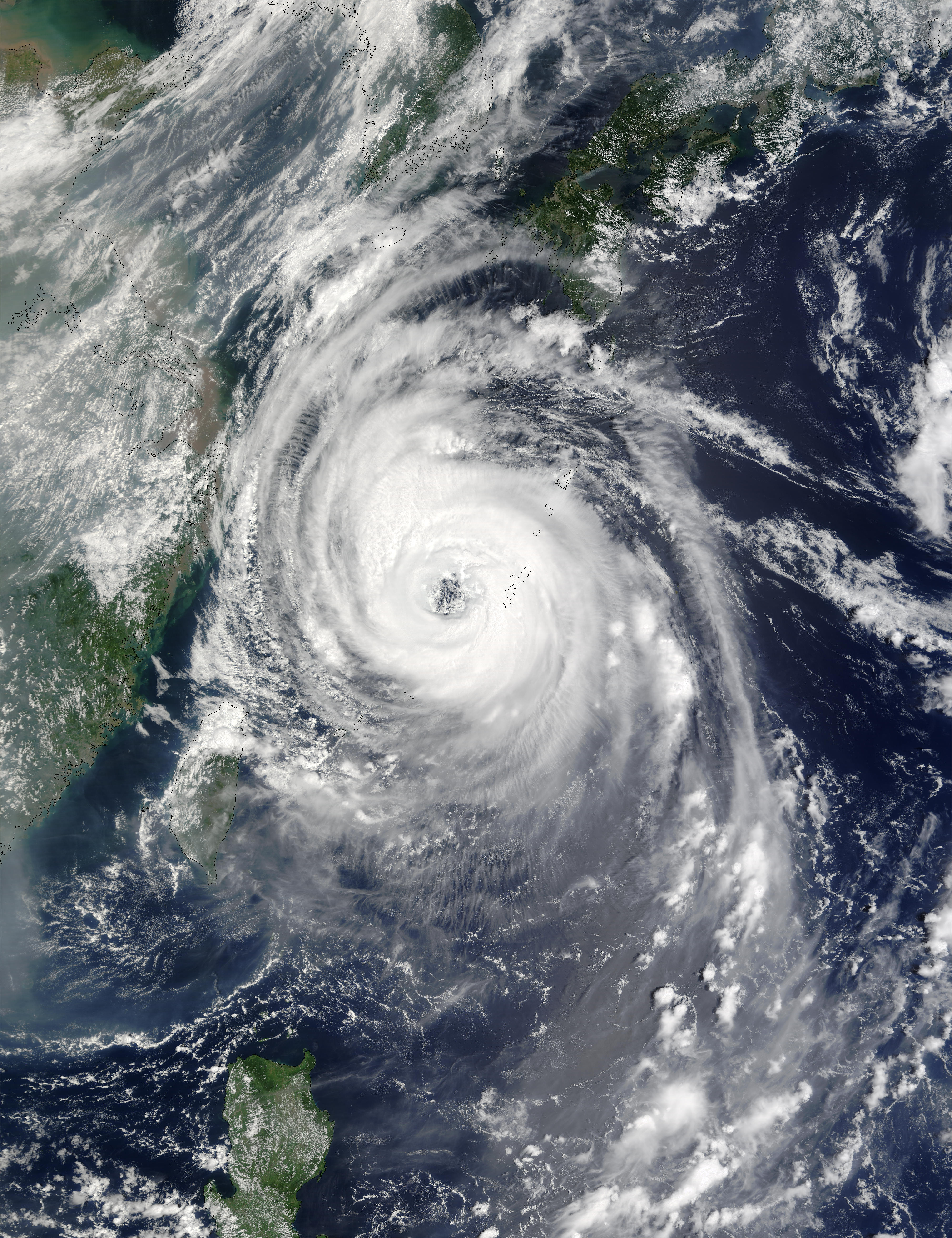 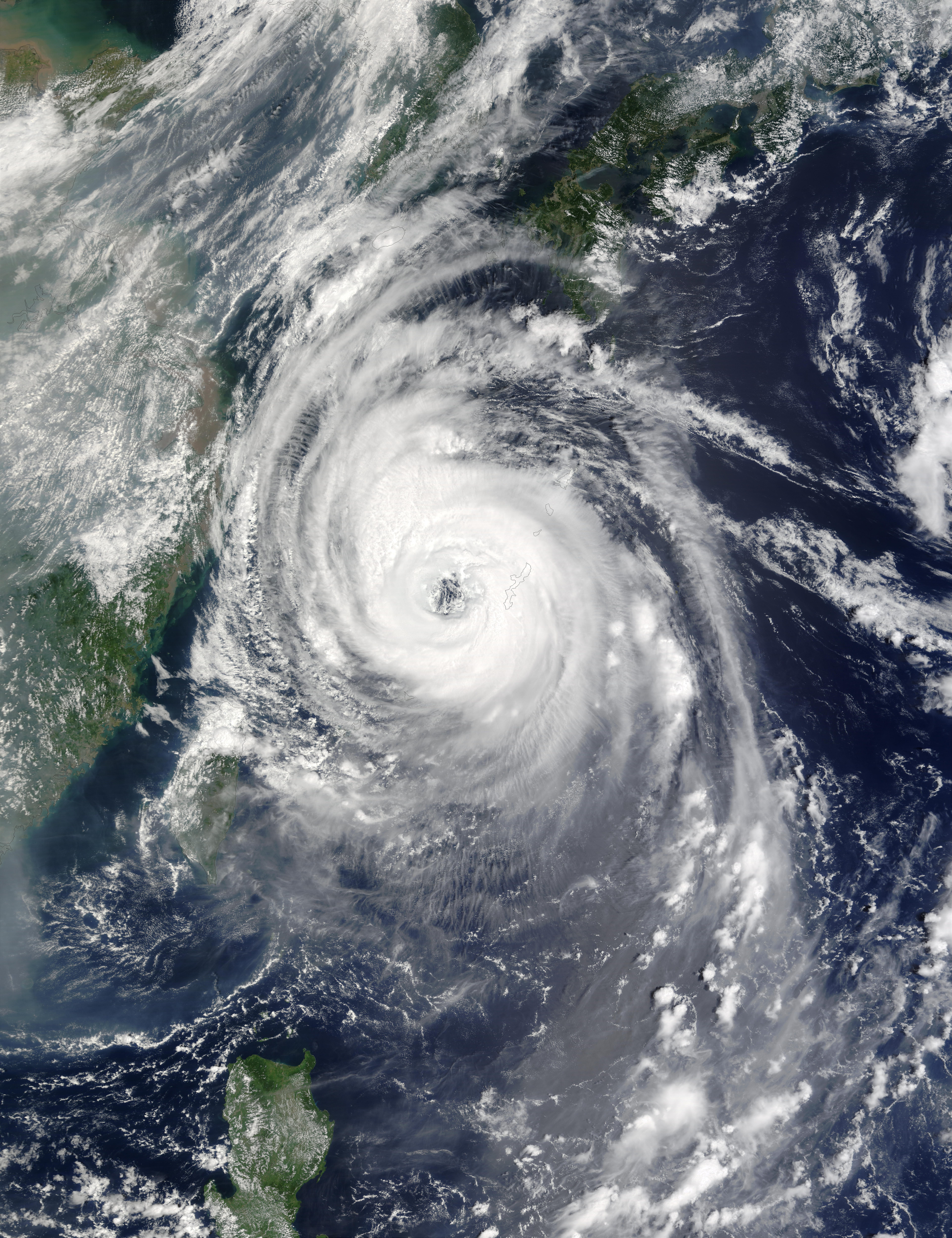 The eastward path of Typhoon Sinlaku can be seen in these true-color images from September 2002. The first image shows the storm southeast of Japan, while subsequent images tracks is eastward movement toward Taiwan and China. The images were captured by the Moderate Resolution Imaging Spectroradiometer (MODIS), flying aboard NASA’s Terra and Aqua spacecrafts.