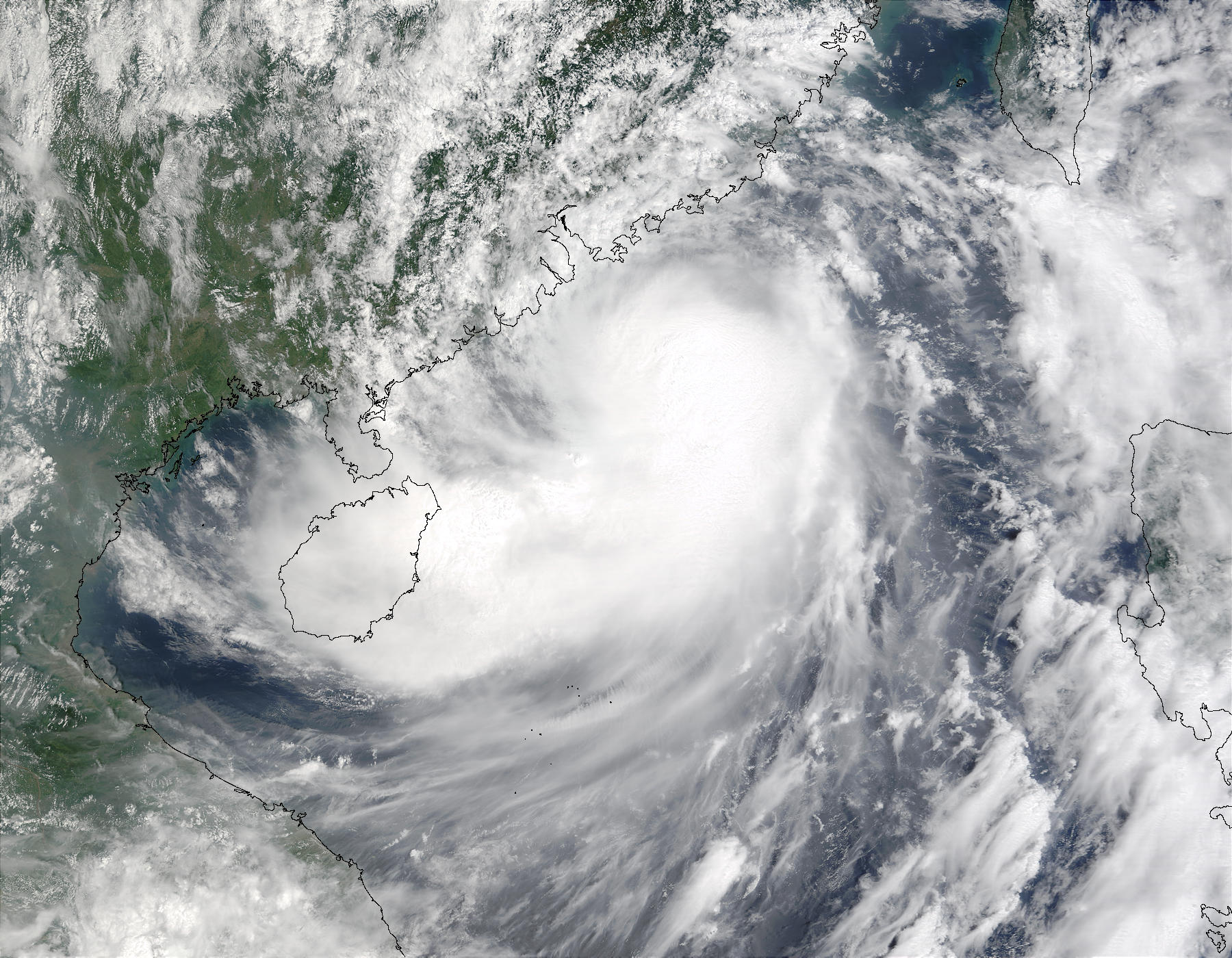 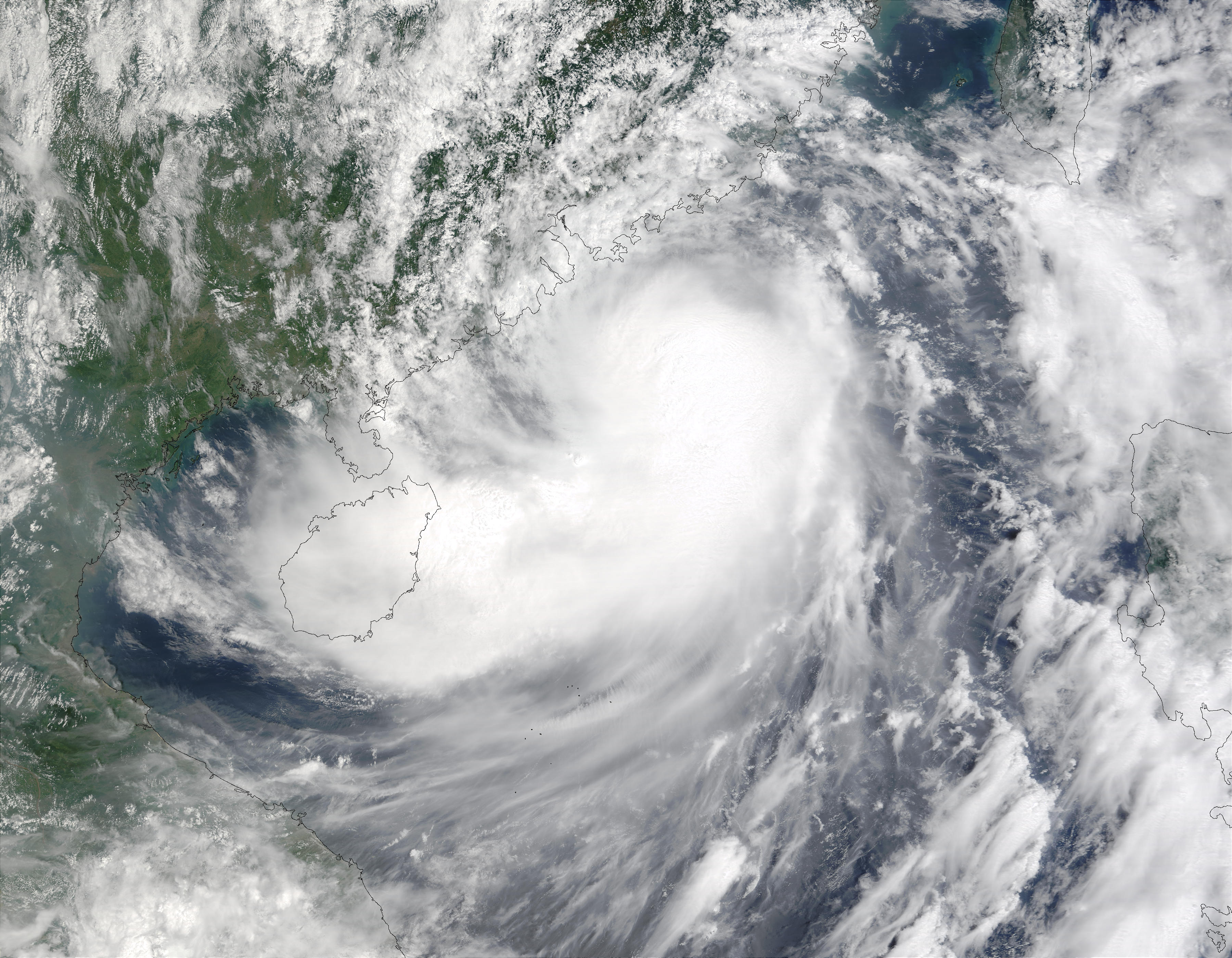 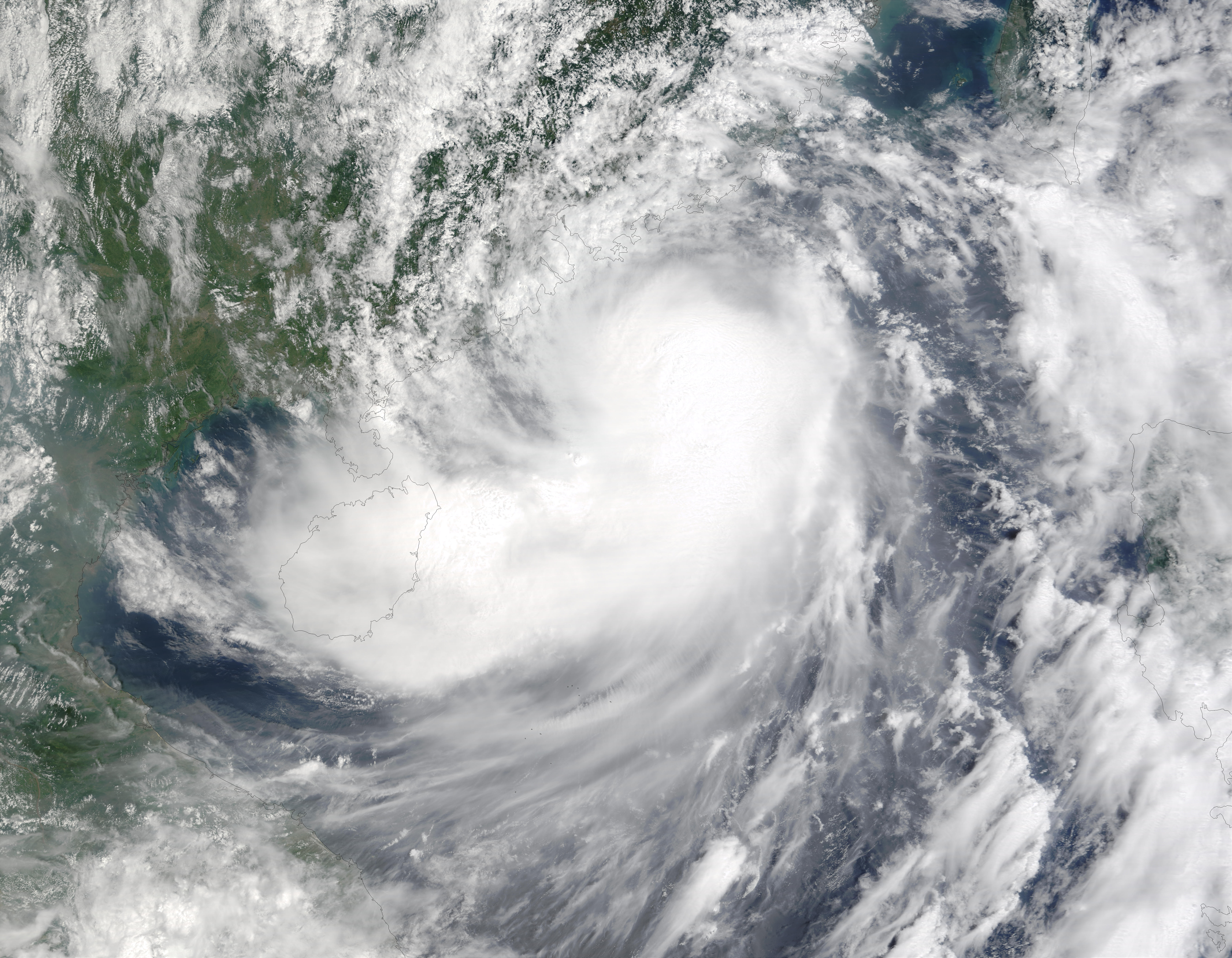 Tropical Storm Hagupit closes in on Hong Kong in this true-color image acquired September 11, 2002, by the Terra MODIS instrument. The storm featured sustained winds of up to 75 kilometers (47 miles) per hour and gusts of up to 95 kilometers (59 miles) per hour when this image was taken. The Chinese-administrated city of Hong Kong is located on the lip of the largest inlet in the upper center portion of the image. The storm is expected to make landfall just west of the city by early morning September 12. Hagupit’s bad weather shut down the Hong Kong Stock Exchange for the September 11th afternoon session. Late that day, Hagupit was downgraded to a Tropical Depression, and is expected to dissipate over land.