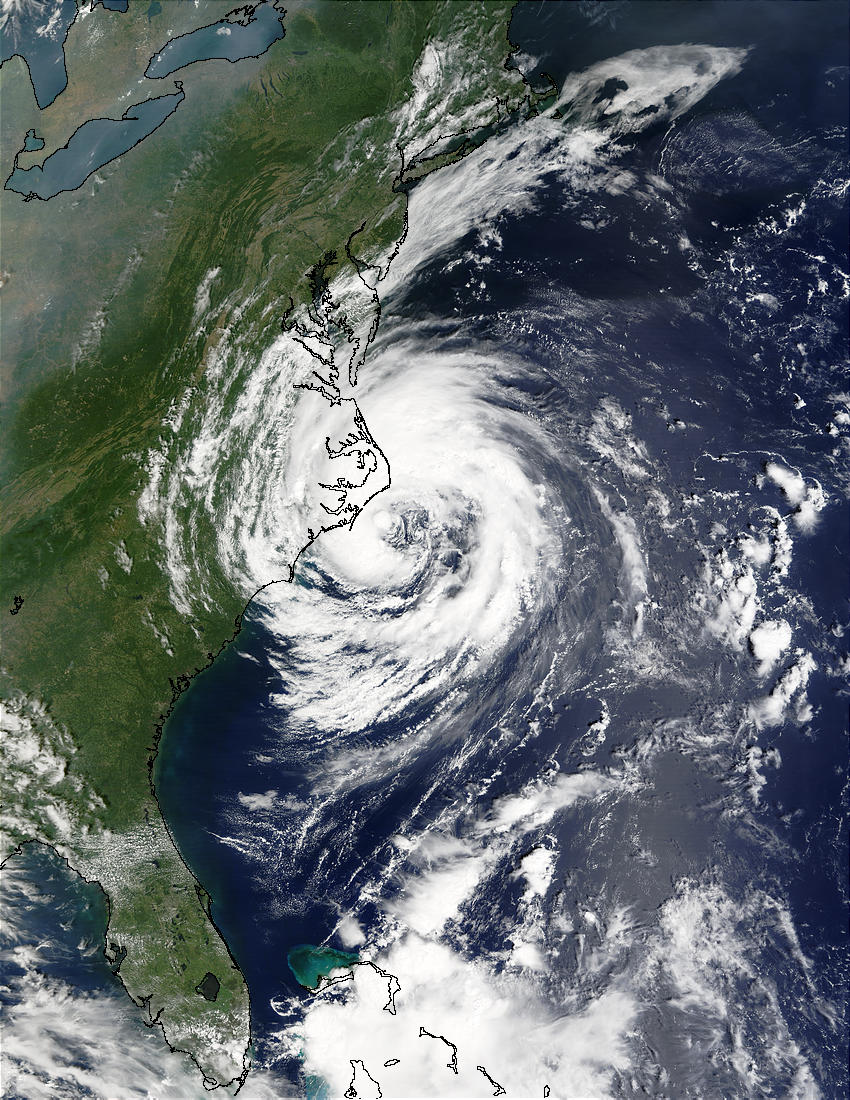 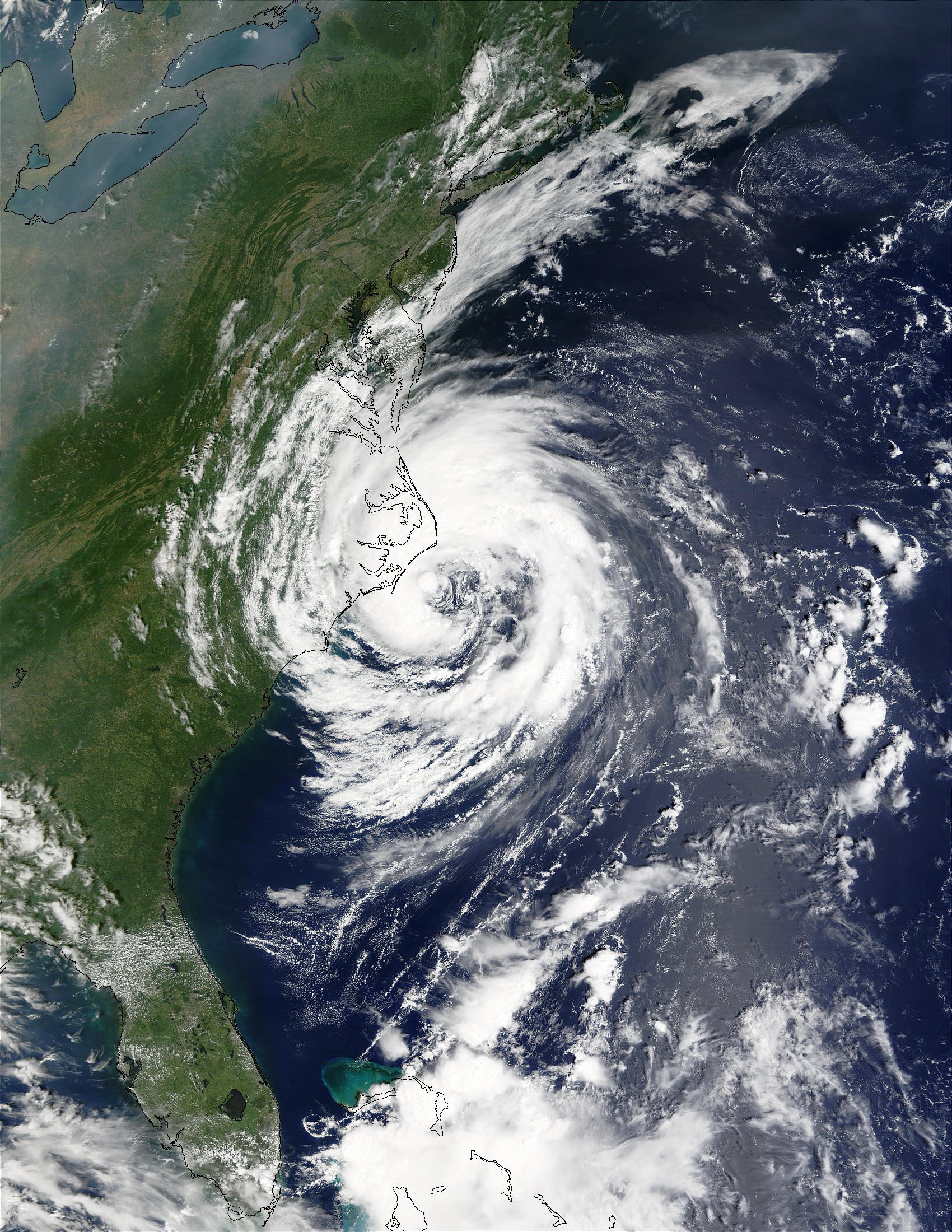 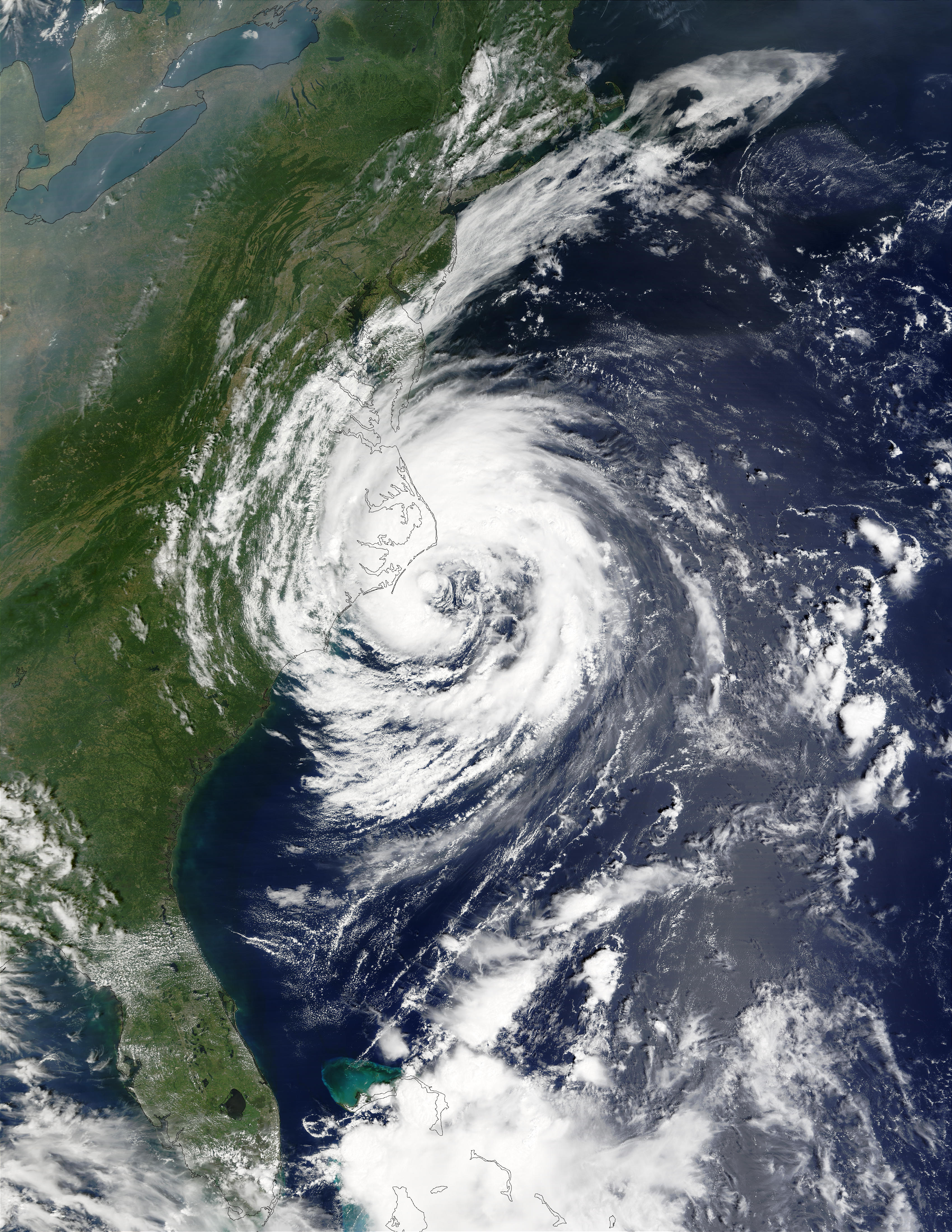 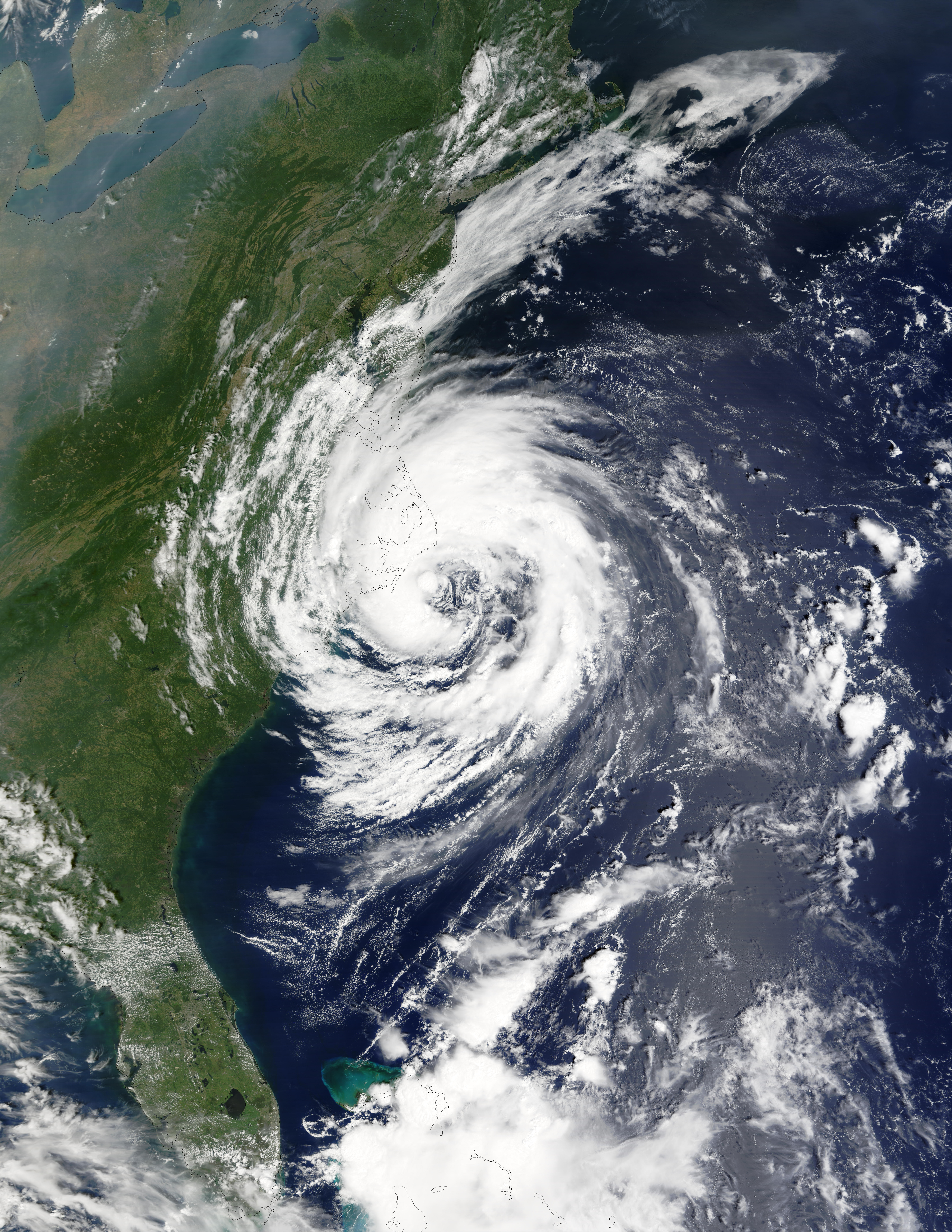 Tropical Storm Gustav moved northward up the Atlantic coast of the United States on September 9 and 10, 2002. The storm can be seen off the coast of North Carolina and Virginia in this true-color Moderate Resolution Imaging Spectroradiometer (MODIS) image from September 10, 2002. The image was acquired by the MODIS instrument on the Terra satellite. Gustav kicked up heavy surf along the North Carolina coast and brought heavy rains to the region, but the eye of the storm did not continue inland. The storm has continued moving northeast with maximum sustained winds up to 70 miles per hour, it is still possible that Gustav might reach Category 1 hurricane status before moving northward into cooler waters that will cause the storm to weaken. Strike trajectories from Wednesday morning, September 11, indicate the storm could make landfall near Maine, New Brunswick, and Nova Scotia in about 24 hours.