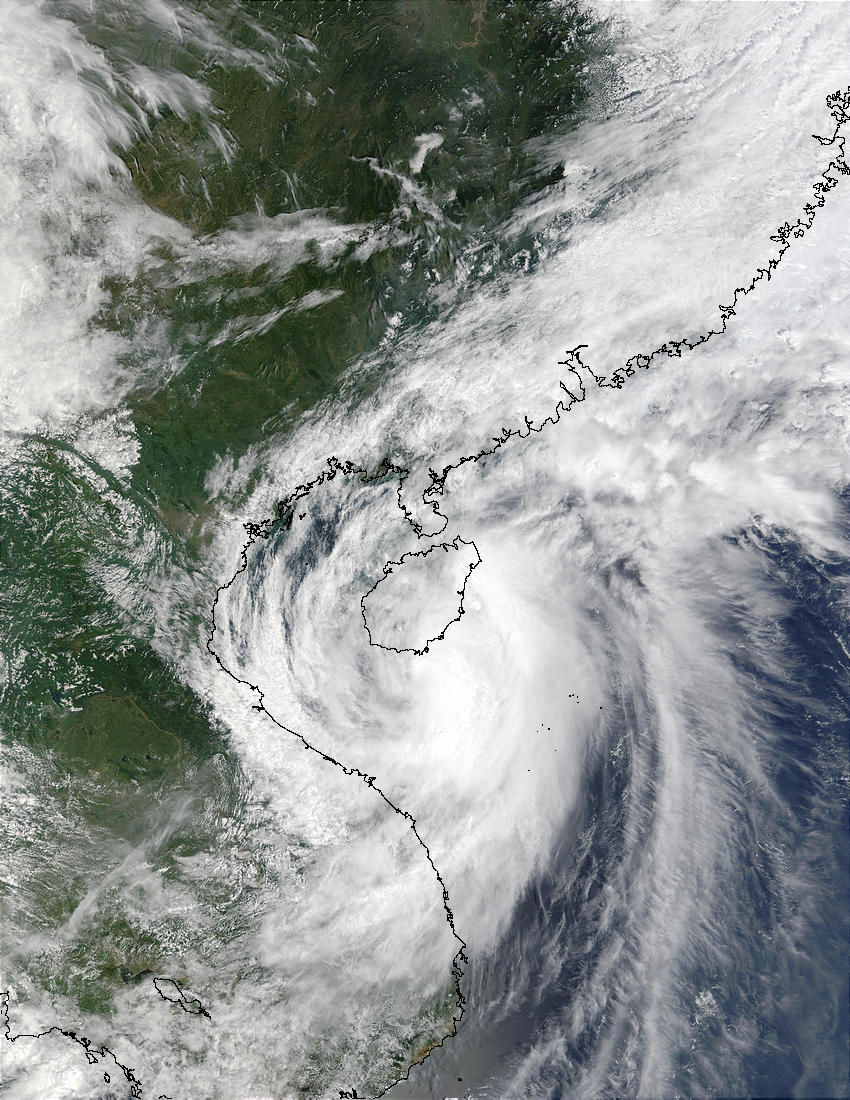 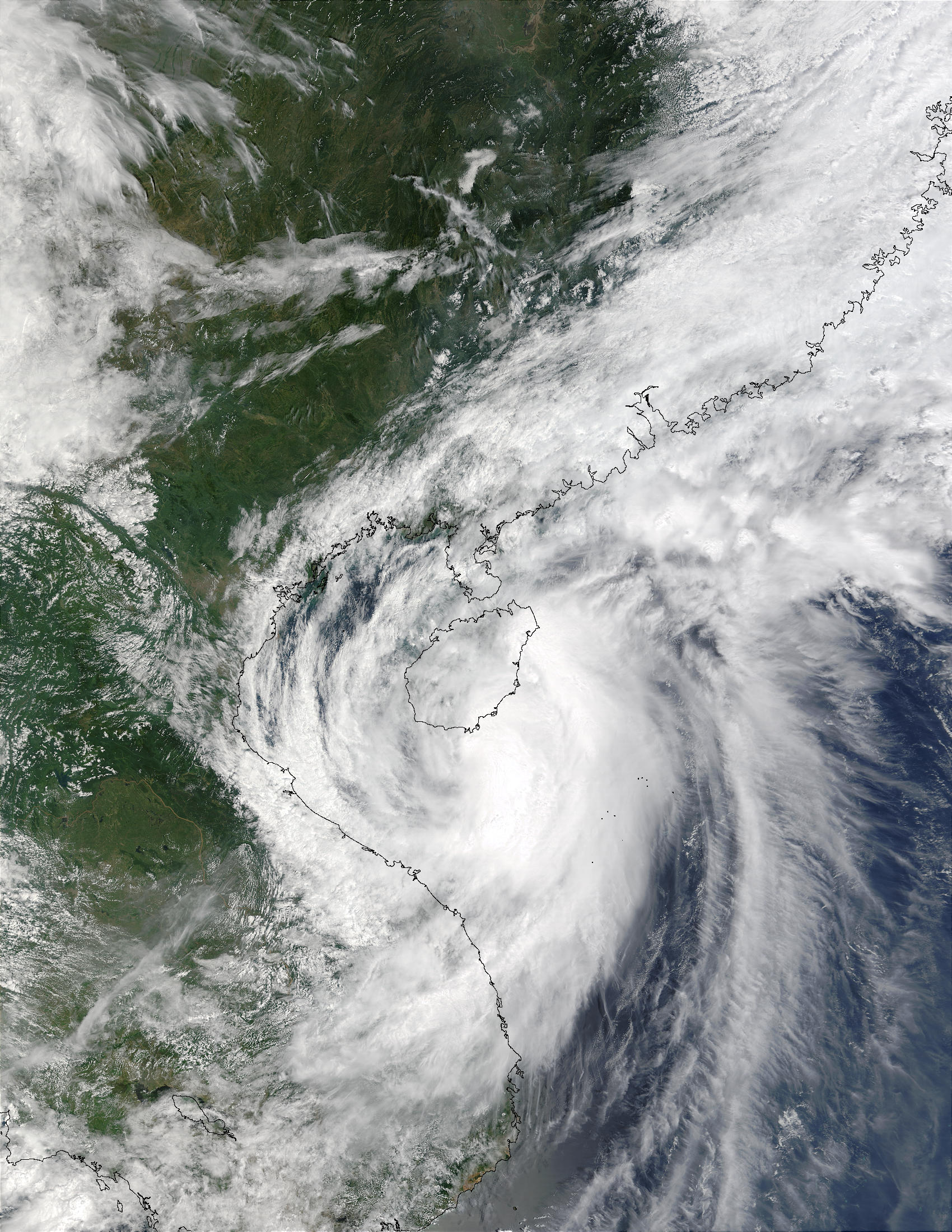 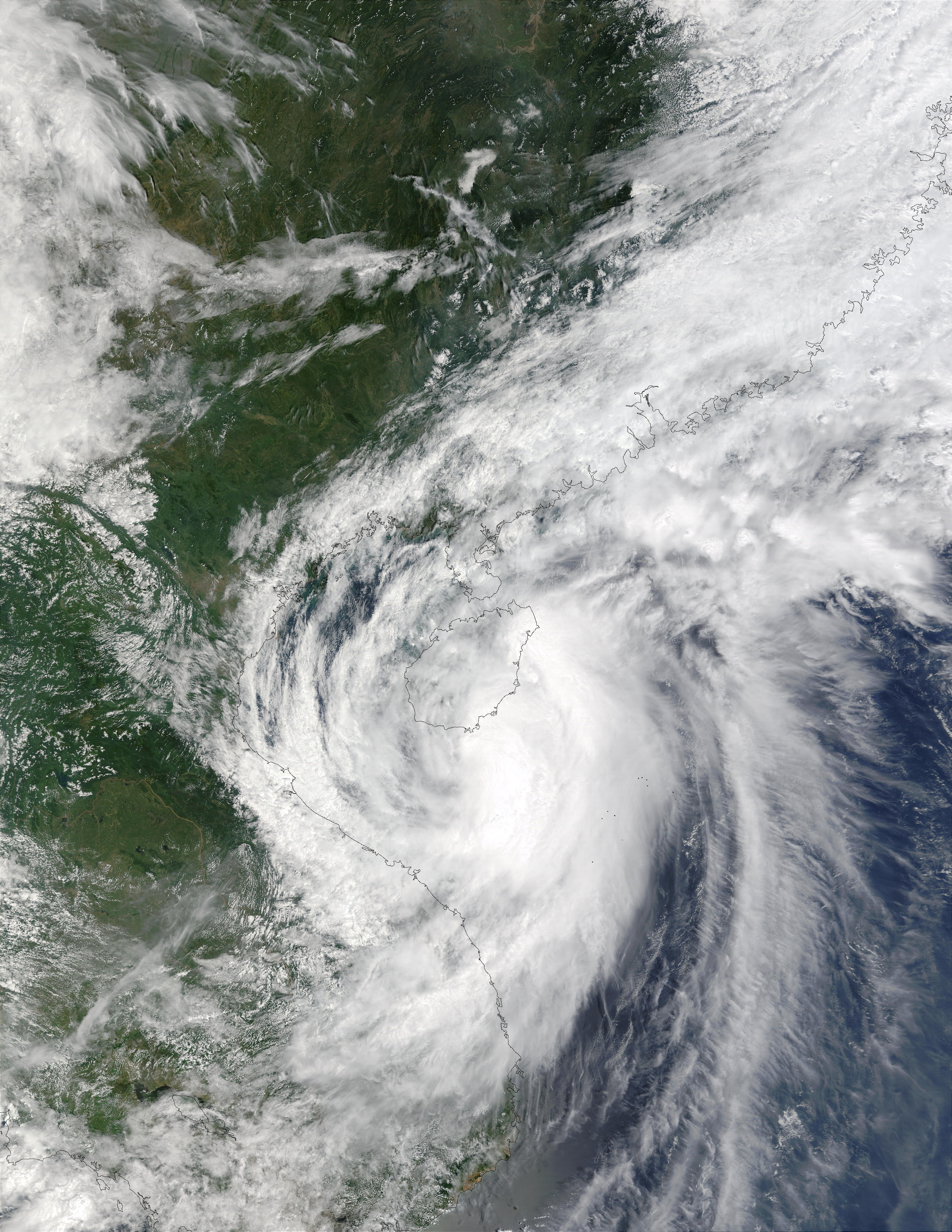 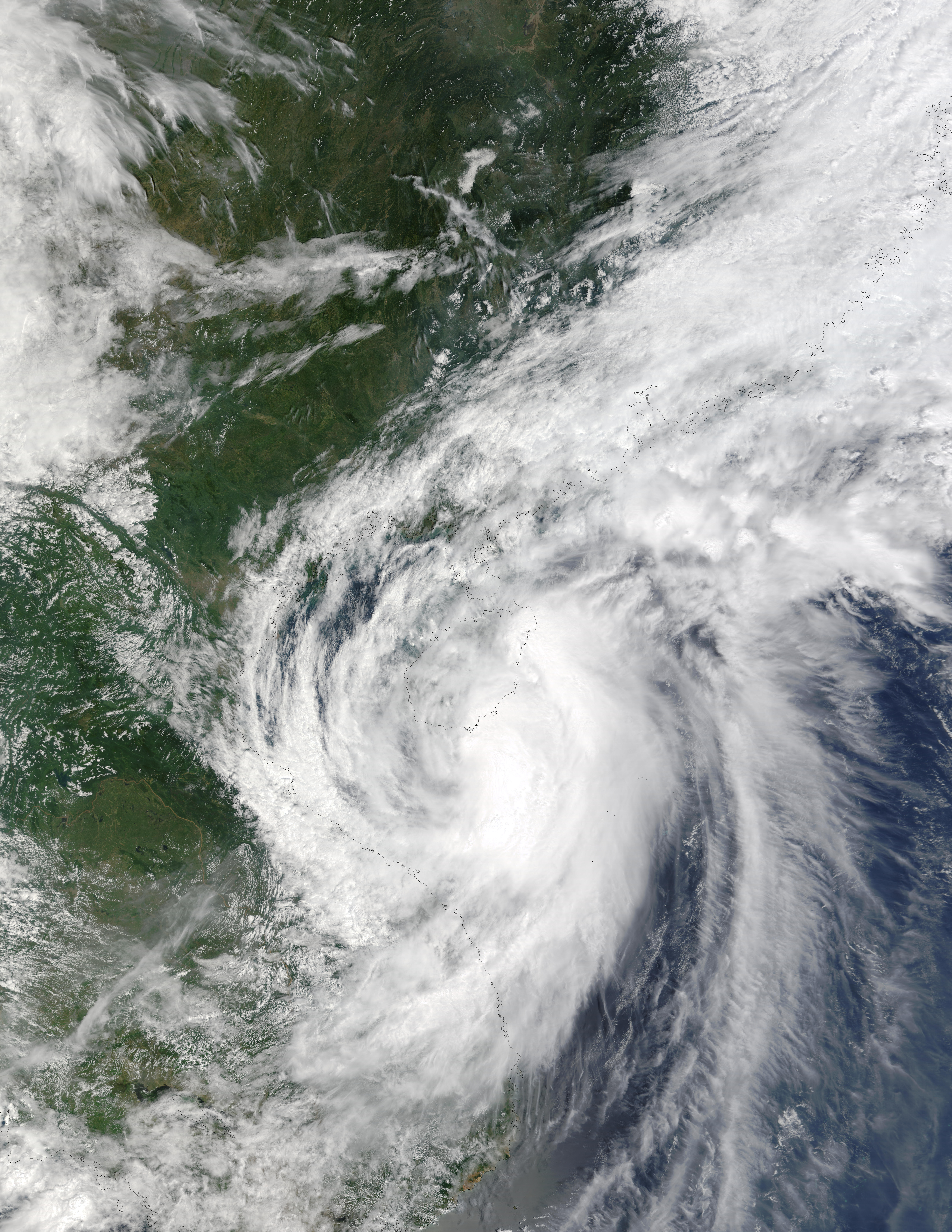 Tropical storm Mekkhala whirls off of the coasts of Vietnam (western coast) and China (northern coast) in this true-color Terra MODIS image acquired September 25, 2002. Its center whirls at 55 knots just off the China’s Hainan Island in the China Sea. Thankfully Mekkhala did not develop into a typhoon. More than 12 typhoons and 6 tropical storms have already brought heavy rains, high winds, flooding, and large-scale destruction to the Western Pacific since late February. Just two weeks prior to this storm, Tropical Storm Hagupit brought severe weather to the region and shut down the Hong Kong Stock Exchange for an afternoon session.

Mekkhala is expected to make landfall on China before veering back out to the ocean. It should be downgraded to tropical depression status by early morning September 27th, with winds of 30 knots, and dissipate by the 28th.