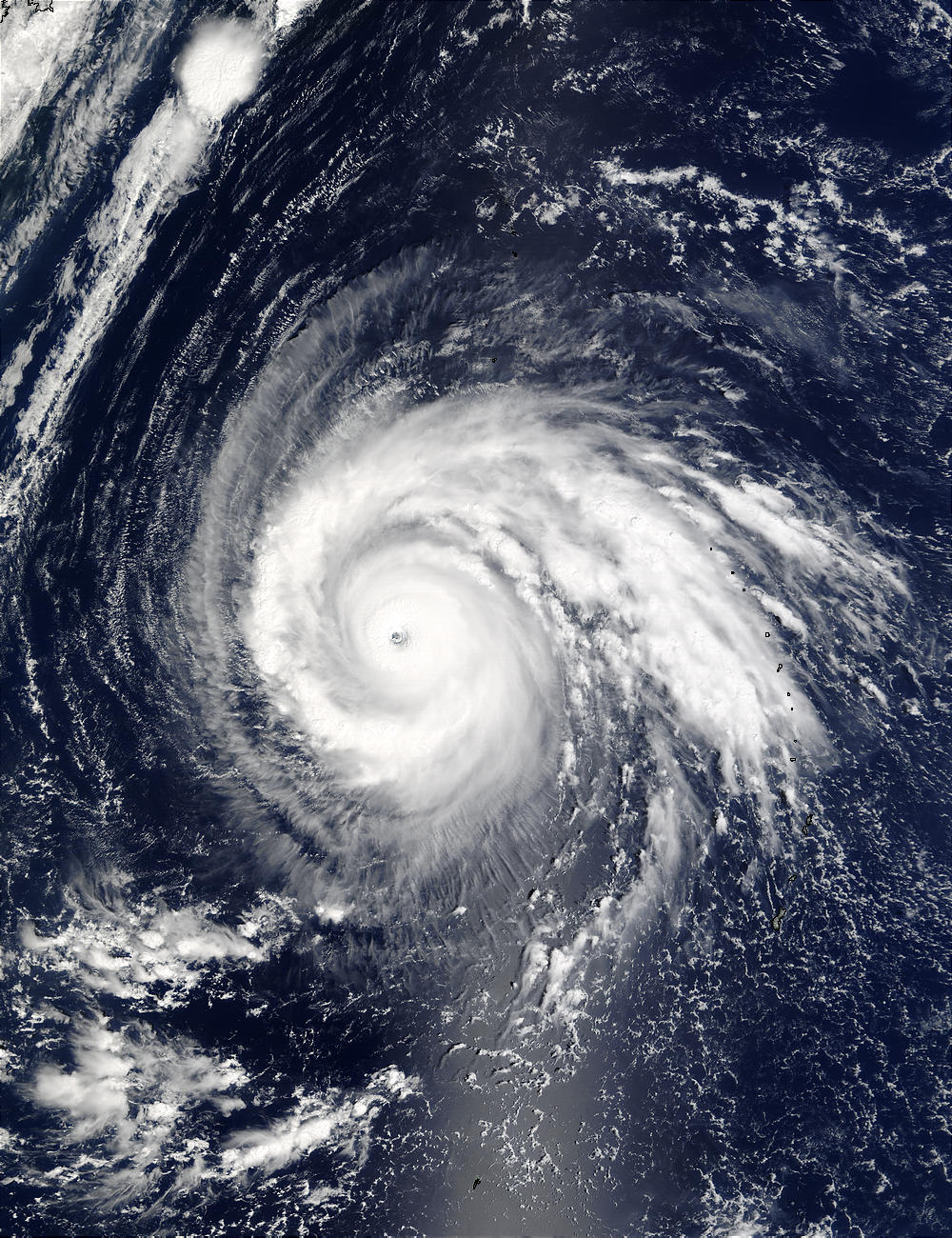 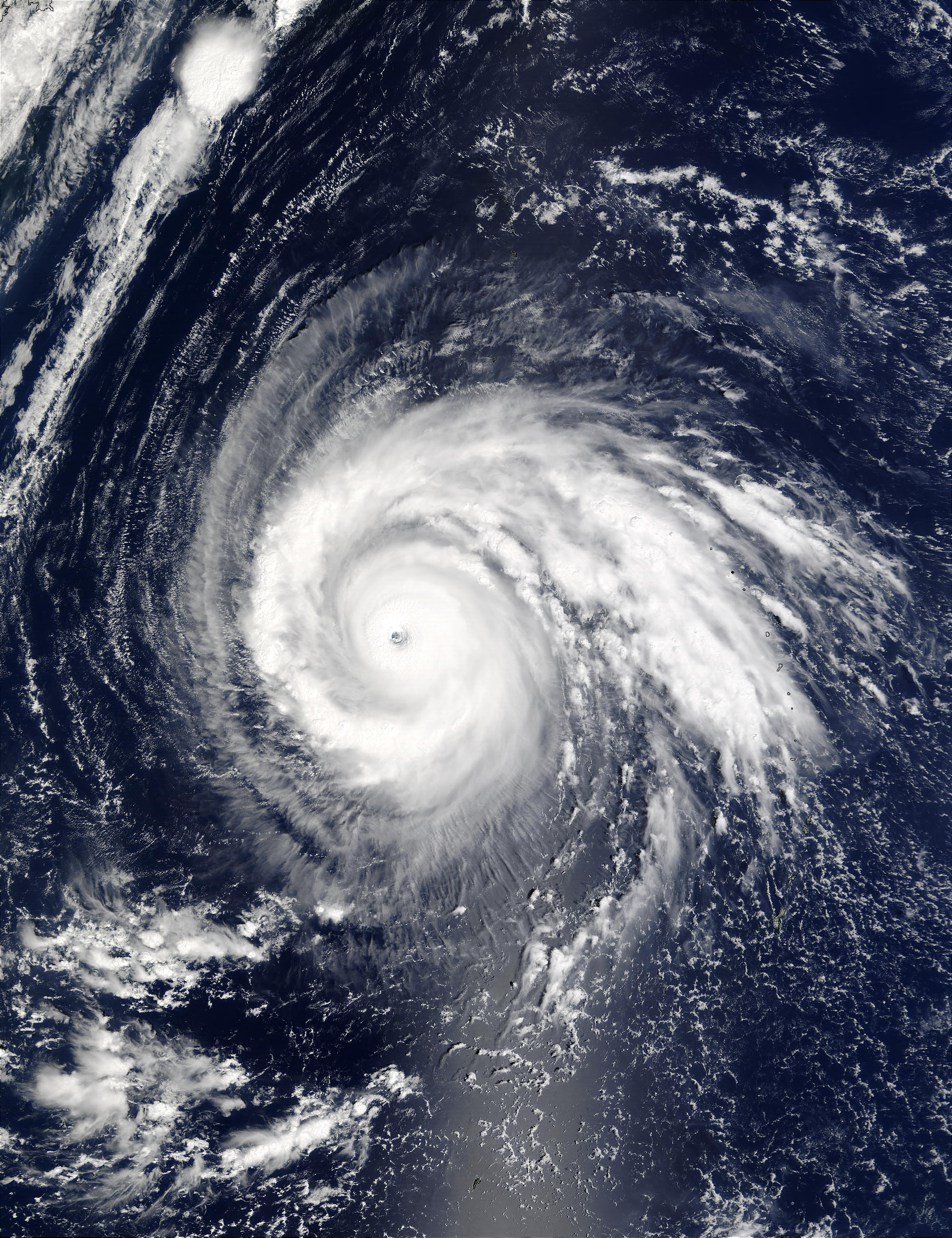 Typhoon Higos had just acquired Level 4 Super Typhoon status as the time this image was acquired on September 29th with winds of 135 knots (1 knot = 1.15 mph). Higos began on September 26th as a tropical depression (with less than 34 knot winds) and grew to a tropical storm (34-63 knot winds) that same day. All throughout the 26th and 27th, Higos fluctuated between being a tropical depression and storm, and even dissipated twice. But finally, late on the 27th, Higos became a typhoon. Thereafter, its growth was rapid. On the 28th it grew from a level 1 to a level 3, and on the 29th it became a level 4, with 135-knot maximum sustained winds.

On September 30th, the day after the Terra MODIS instrument acquired this image, Higos began losing momentum, and by October 2nd it had been downgraded to a tropical storm. During its run, Higos made landfall on Japan’s main island, Honshu, and traveled northward over Hokkaido Island, until it dissipated in the Sea of Okhostk. The last super typhoon in this region was Phanfone (level 4) during mid-August. Phanfone abruptly turned east before it could make landfall on Japan, and dissipated in the Pacific Ocean.