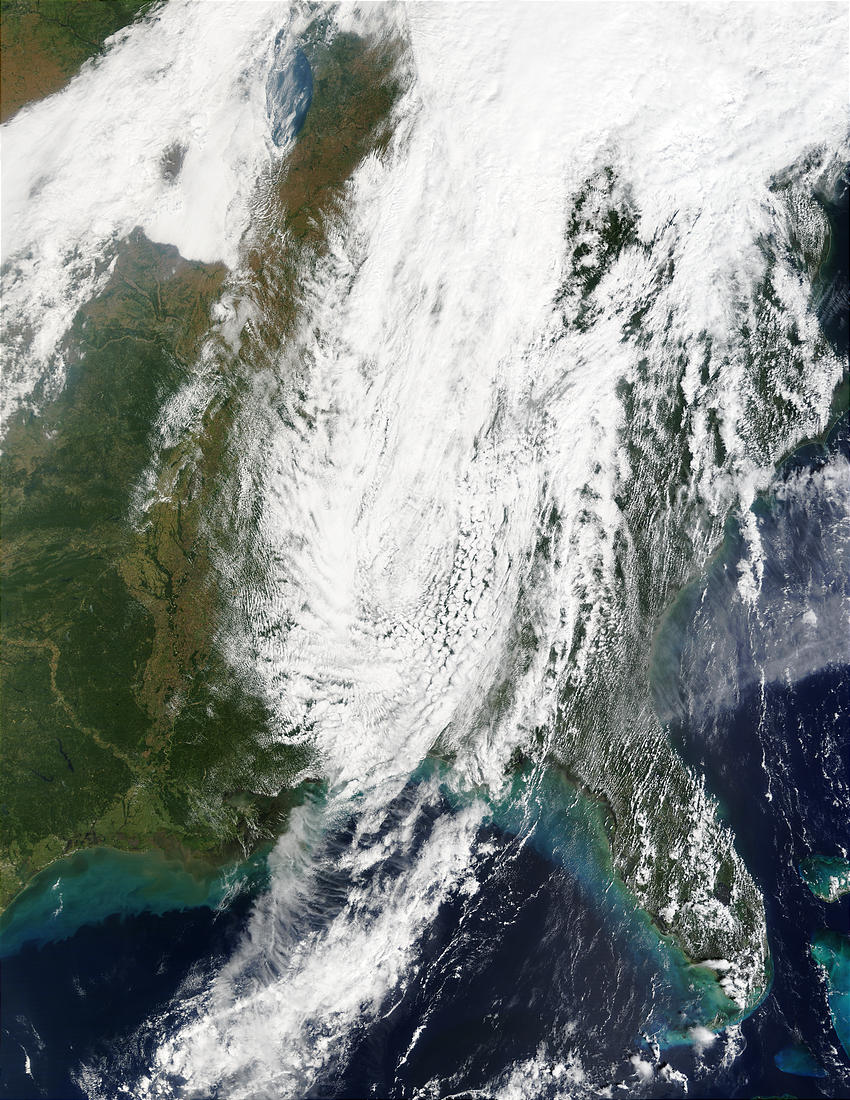 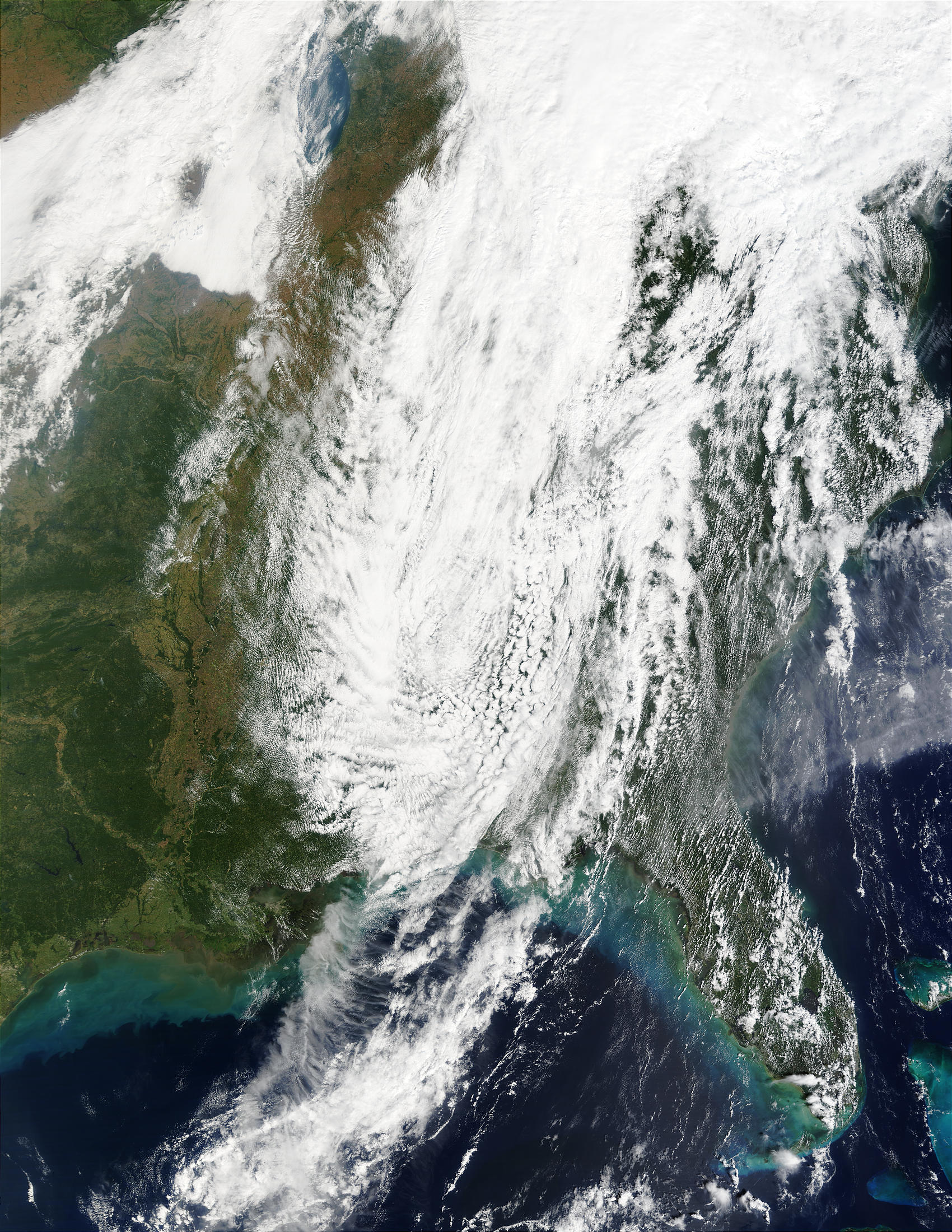 On Sept. 26, Tropical Storm Isidore came ashore in Louisiana and moved northward, bringing high winds and heavy rains inland, and causing flash flooding in some locations. In this true-color image from the Moderate Resolution Imaging Spectroradiometer (MODIS) on the Terra satellite, the remnants of the storm are draped over Louisiana and Alabama and extend northward all the way to the Mid-Atlantic. Notice the highly colored waters around the coasts, which indicate large amounts of sediment, likely from the combined action of flooding and run off as well as churning surf.