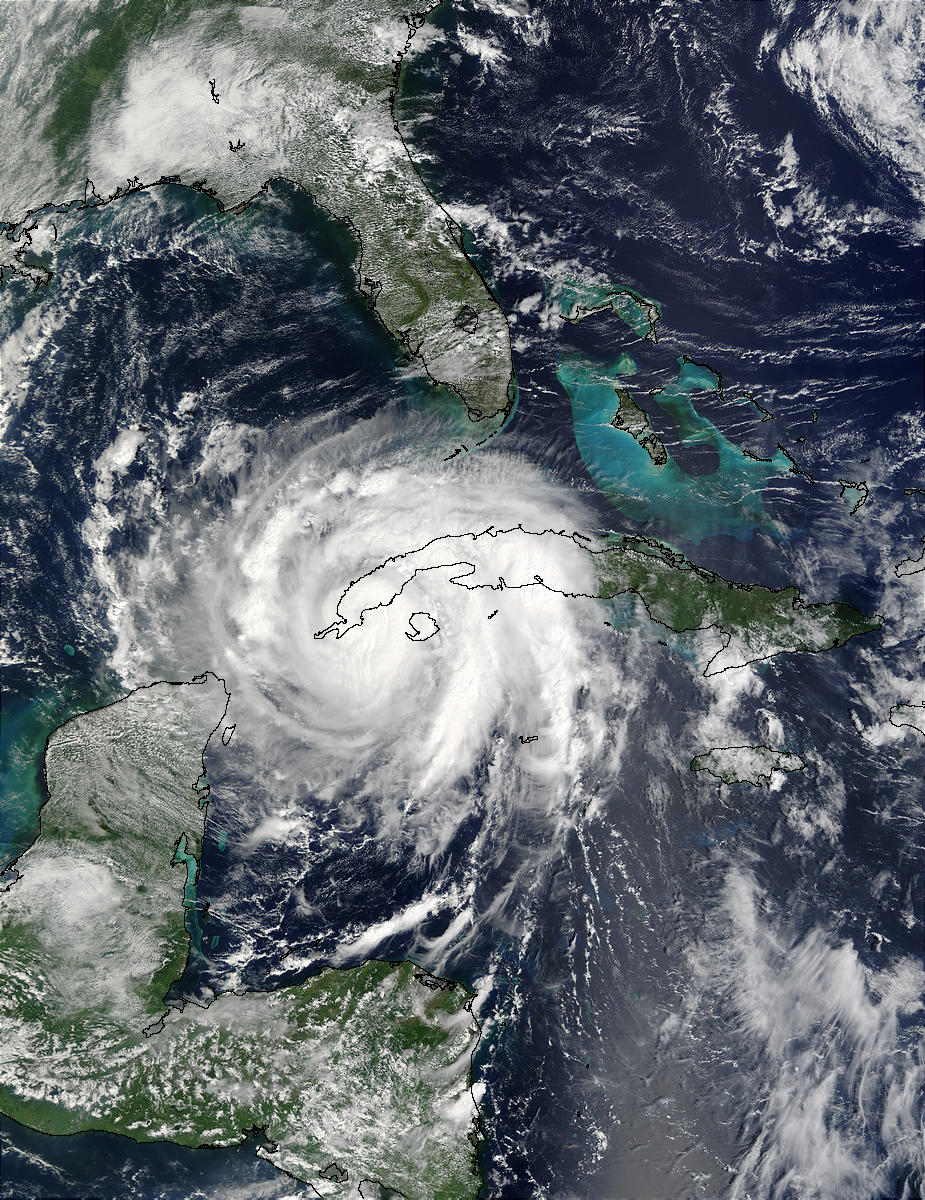 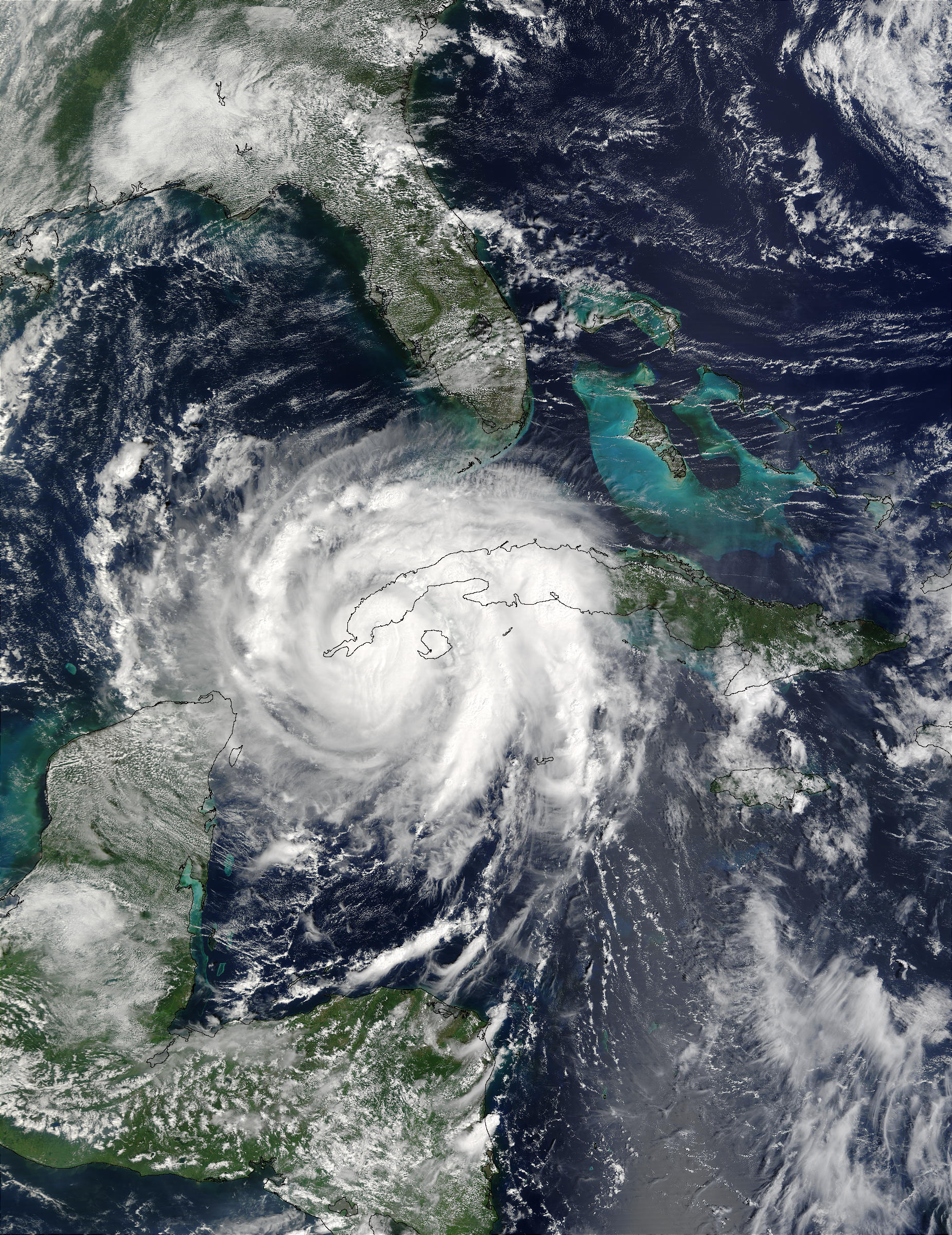 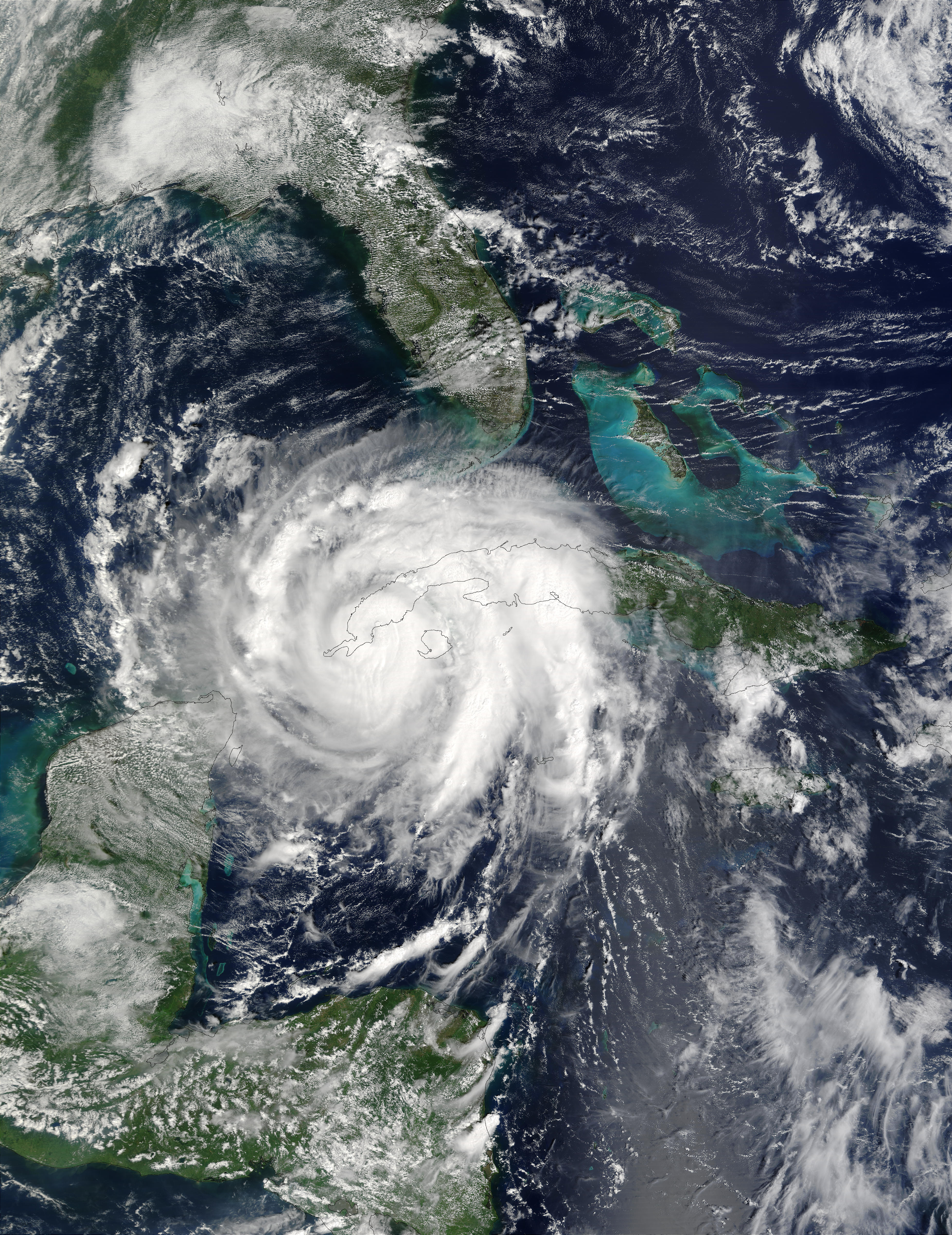 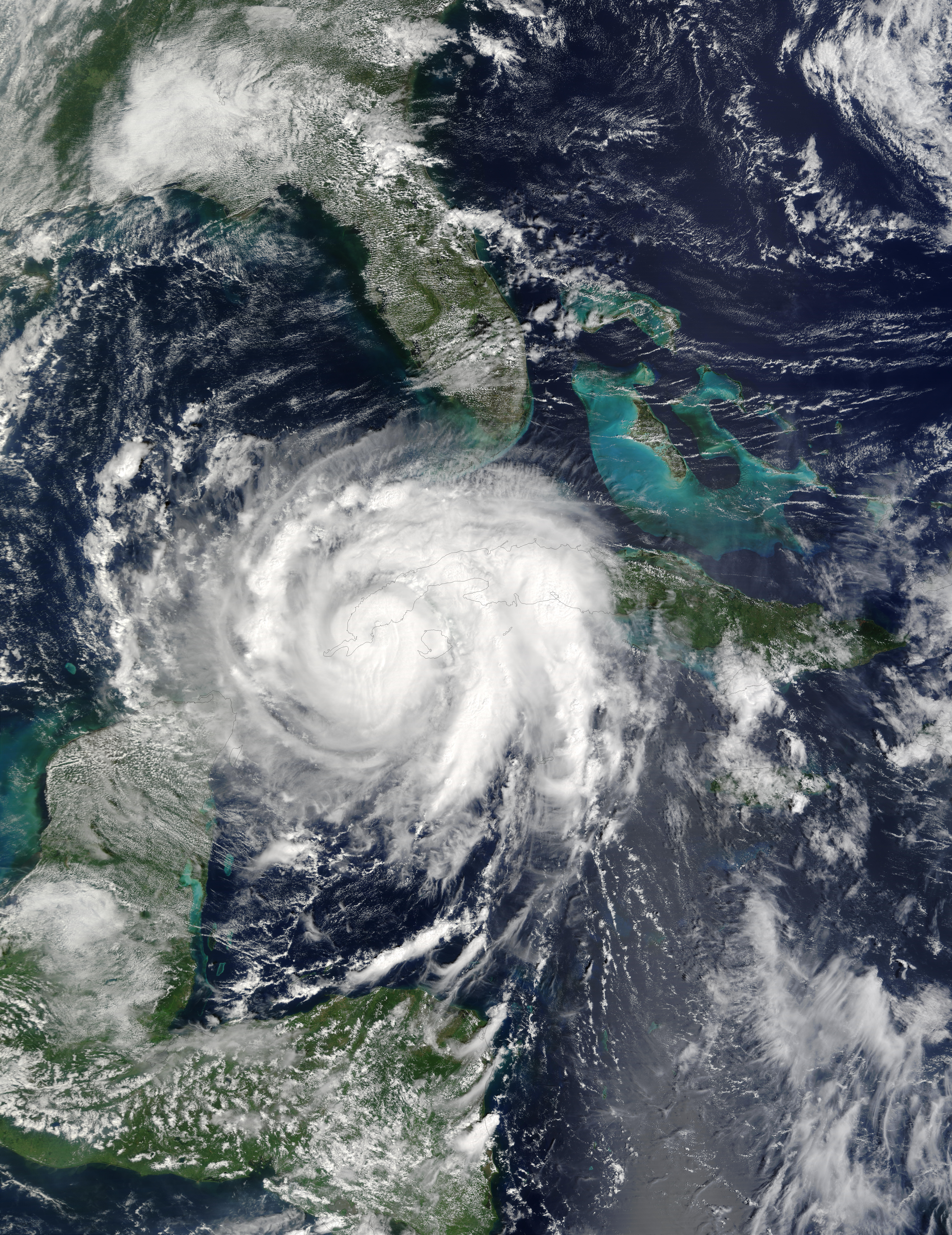 The eye of Hurricane Lili whirls right over the western end of Cuba, just a short one hundred miles from La Habana, Cuba’s capital. At the time this image was acquired on October 1, 2002, Lili was at Category 1 hurricane status, with winds of 80 knots, and gearing up towards Category 2, with winds of 83-95 knots (1 knot = 1.15 mph). Lili is the second hurricane in the last few weeks to wreak havoc over Cuba, the last being Hurricane Isidore, which hit Cuba at Category 3 (winds of 110 knots).

In this image, Lili is headed northwest into the Gulf of Mexico. It is expected curve towards the east and run aground somewhere along the Texas and Louisiana border in the United States. Tropical storm and hurricane warnings were issued early in the morning of October 2. This true-color image was acquired by the Terra MODIS instrument.