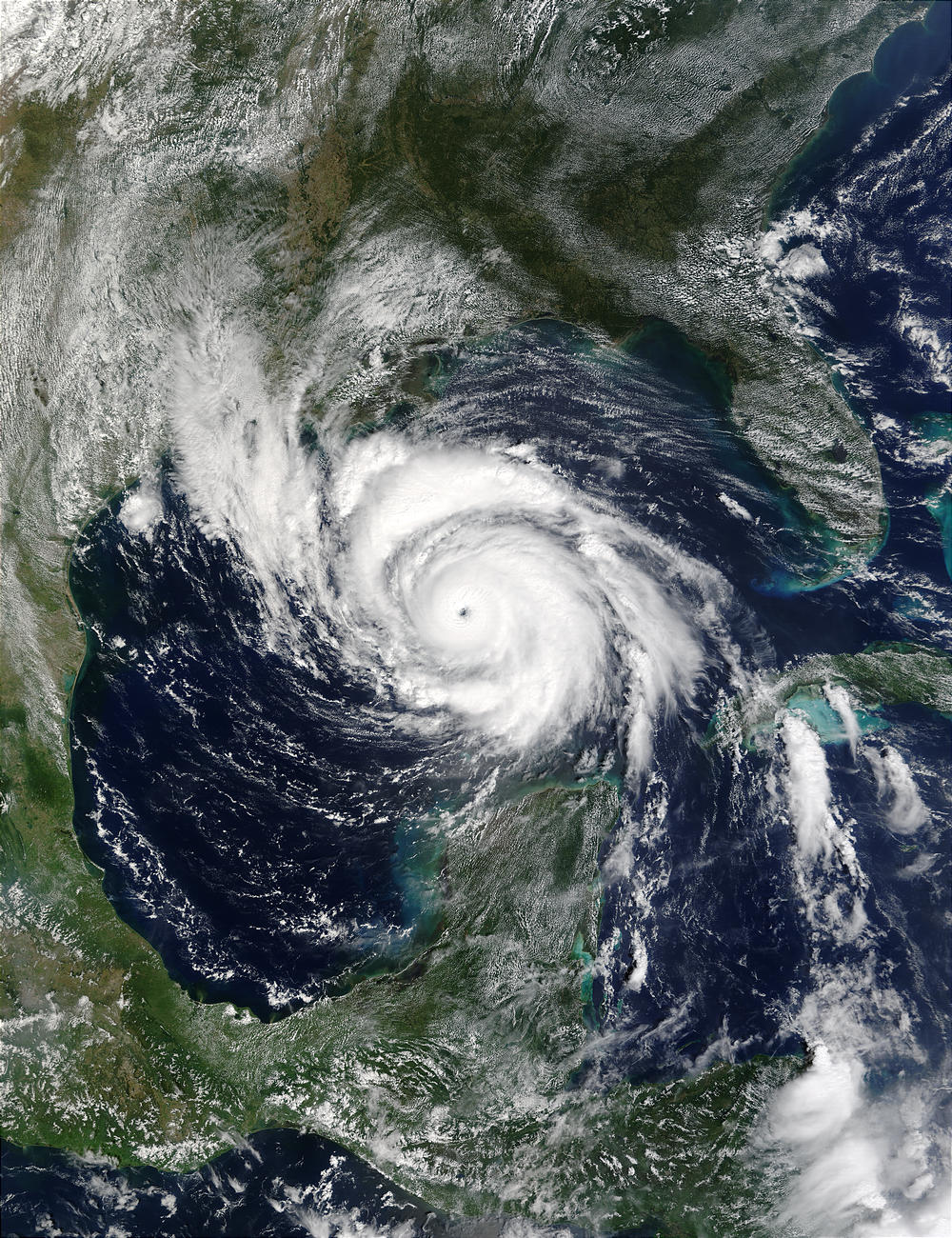 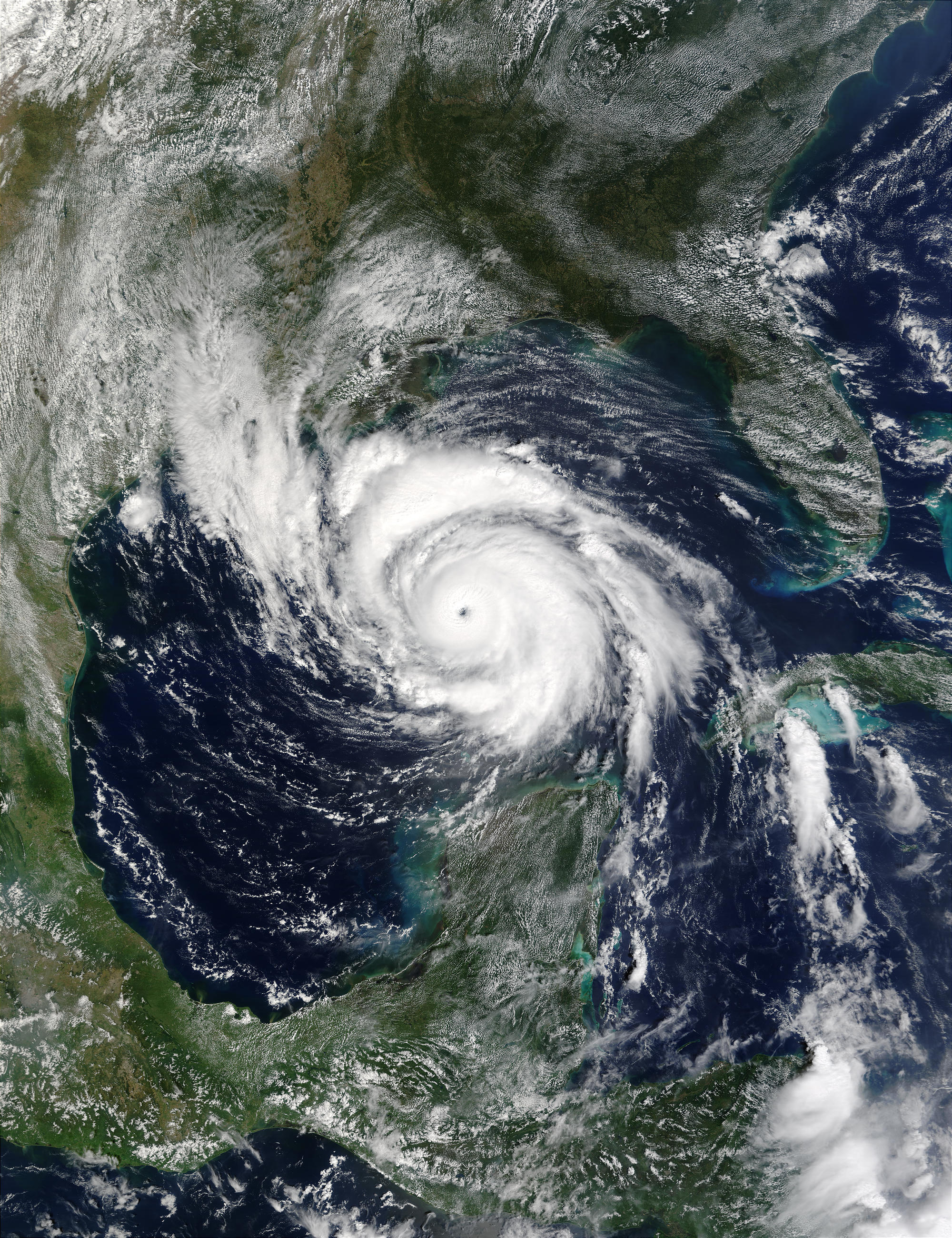 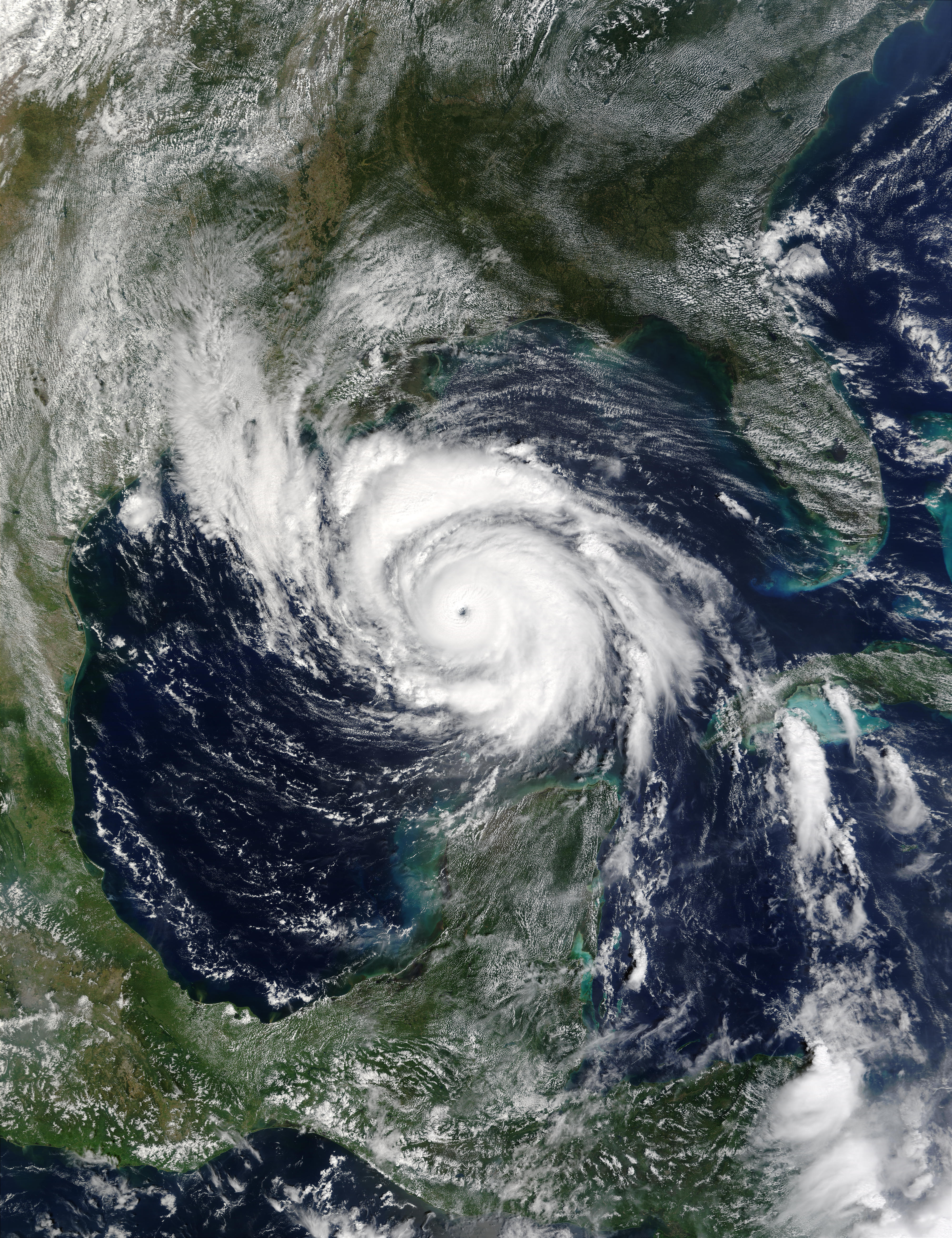 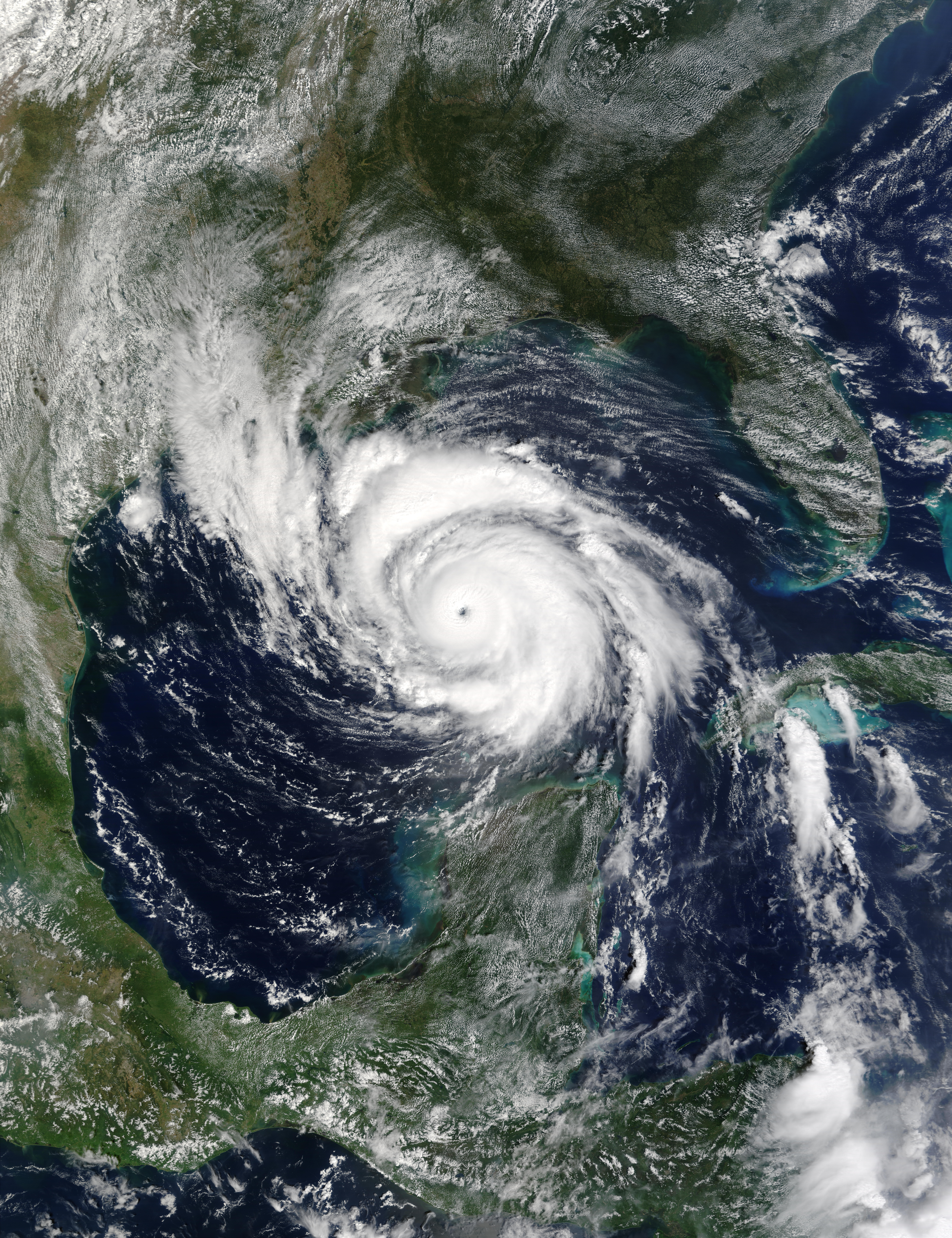 Hurricane Lili in the Gulf of Mexico

A tightly-wound power-house, Hurricane Lili reached Hurricane 4 status on October 2, 2002—the day this image was acquired by the Moderate Resolution Imaging Spectroradiometer on the Terra satellite. Lili remained at Category 4 status even as it approached the Gulf Coast of the United States, but dropped to Category 2 before actually making landfall. In this image, Lili appears poised in the center of the Gulf, and bands of clouds are touching Texas and Louisiana in the northwest quadrant of the storm and the Yucatan Peninsula in the south.