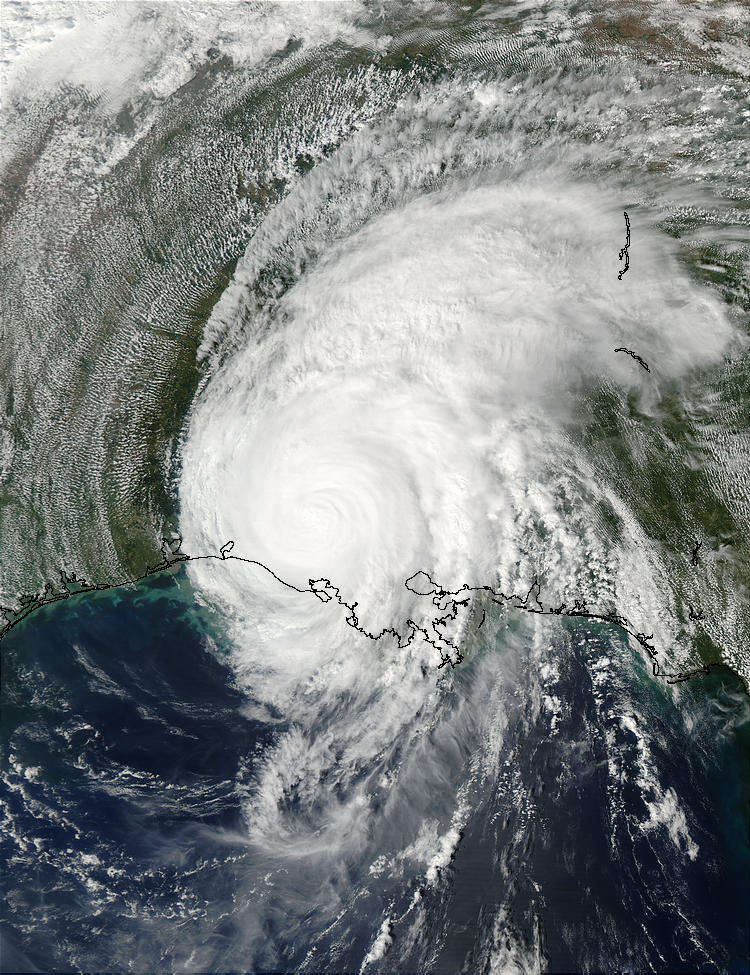 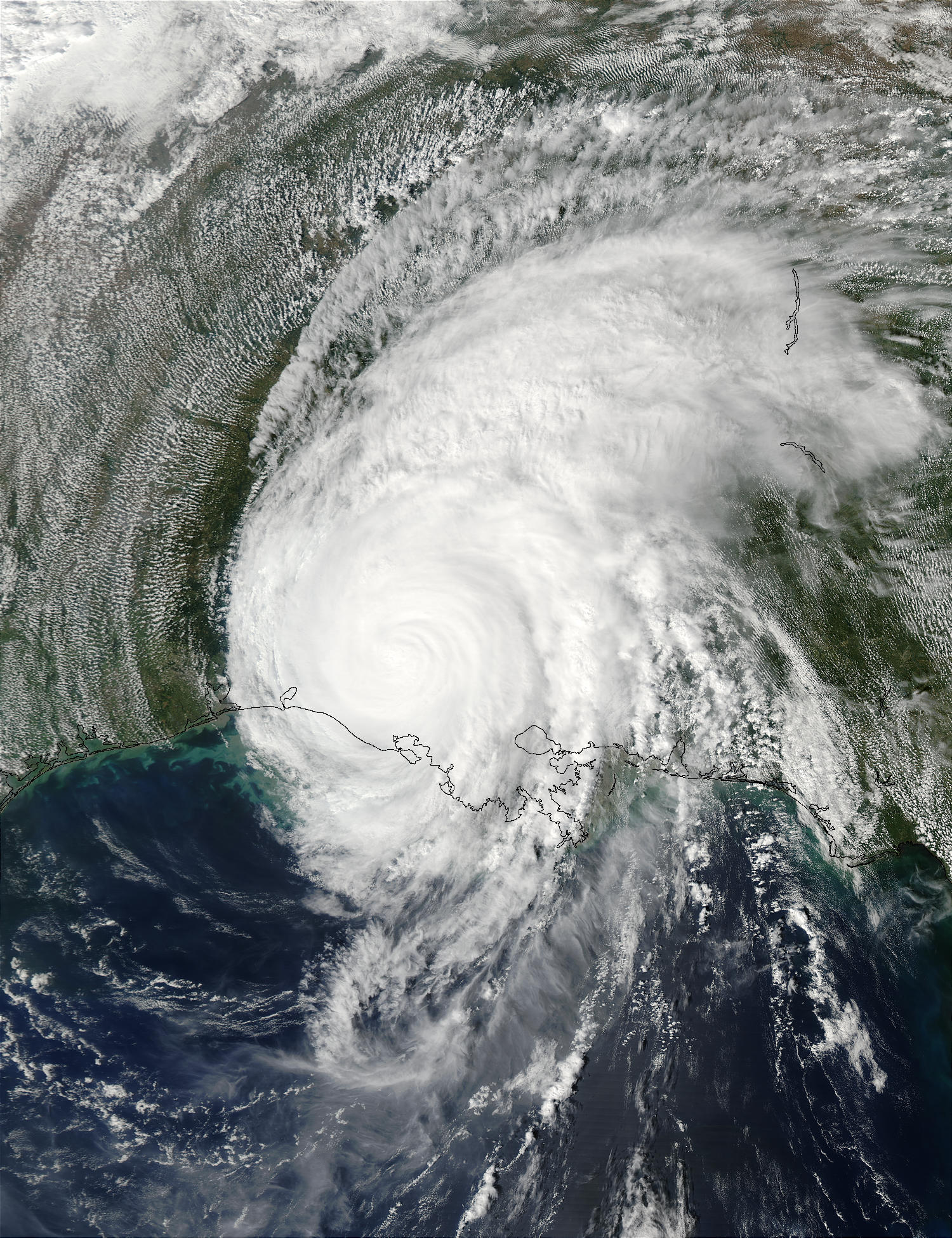 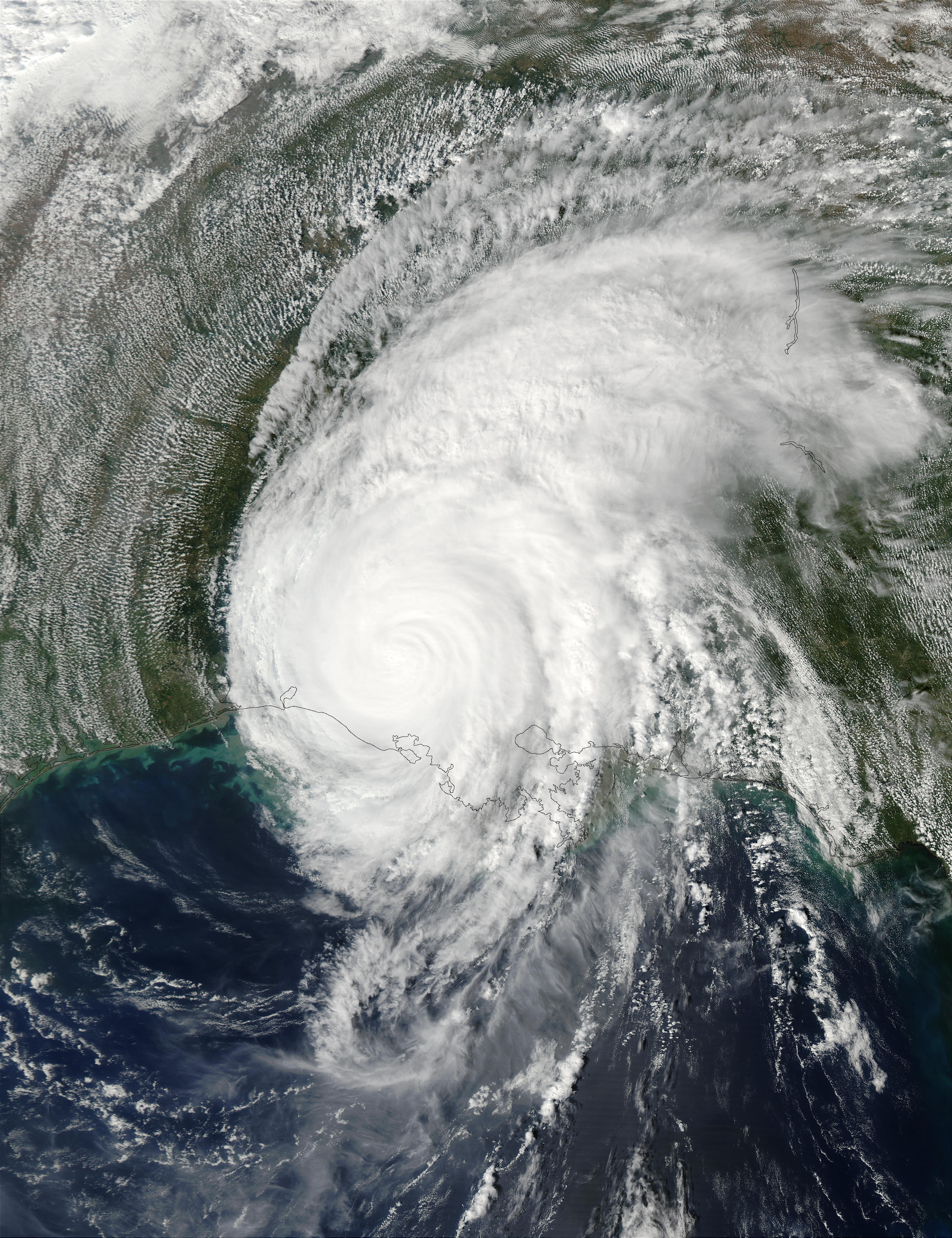 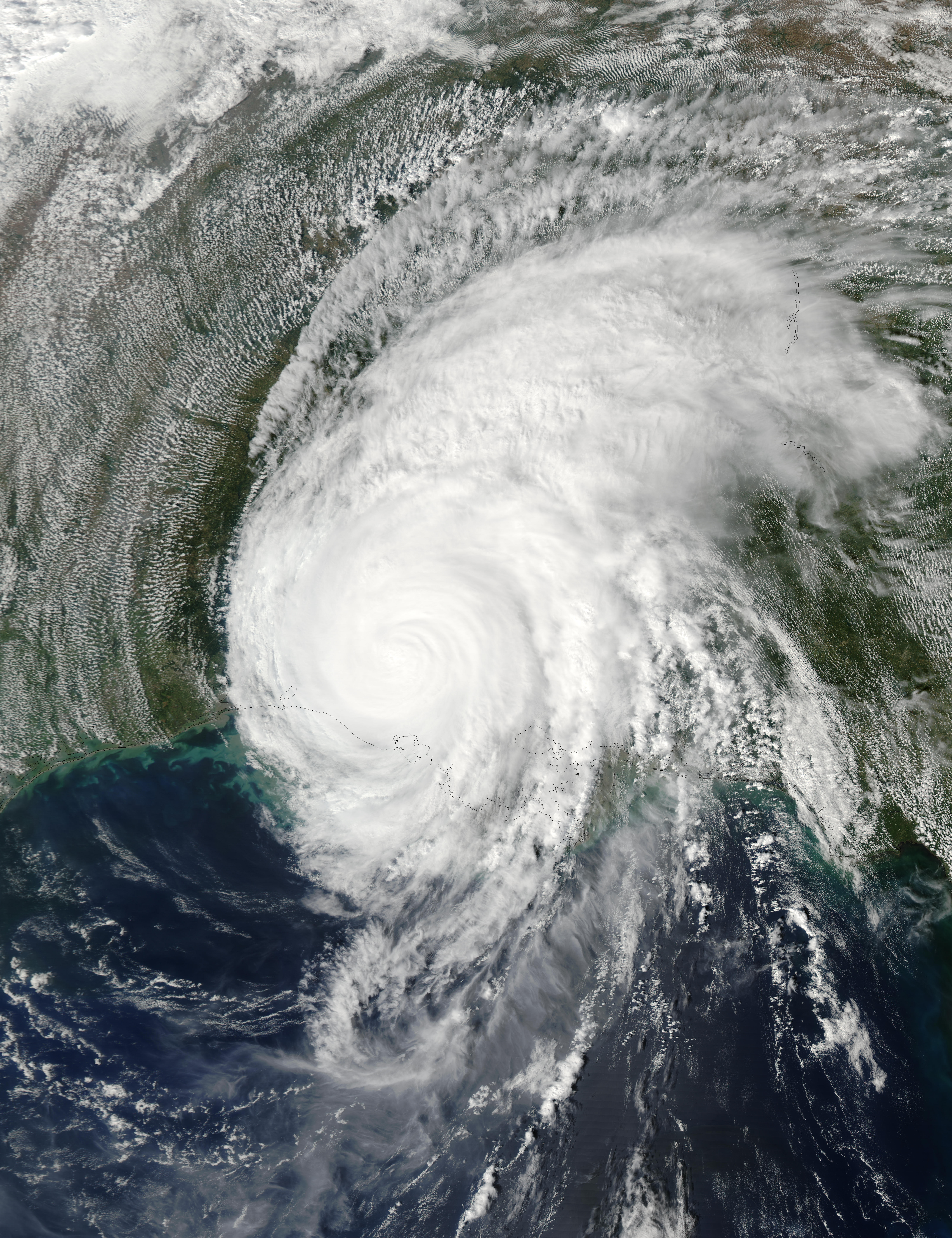 This true-color Aqua MODIS image shows a Category-2 Hurricane Lili storming over Louisiana (center), eastern Texas, and western Mississippi on October 3rd, 2002. This Level 2 hurricane featured winds of 85 knots (1 knot = 1.15 mph) near the center, though inds at the outer edges could still devastate at even half that strength.

As of October 4th, Lili was considered a tropical depression with 30-knot winds, and by the 5th would become extratropical, with 25-knot winds combined with another extratropical low-pressure system. Lili is expected to continue moving northeast, and may bring rain as far as New York before it dissipates. No deaths were reported from the Louisiana landfall, but damage was extensive. At the very least it caused power to be cut off to hundreds of thousands in the region. Meteorologists warn of two to four inches of rain along Lili’s path, which could cause dangerous flooding.