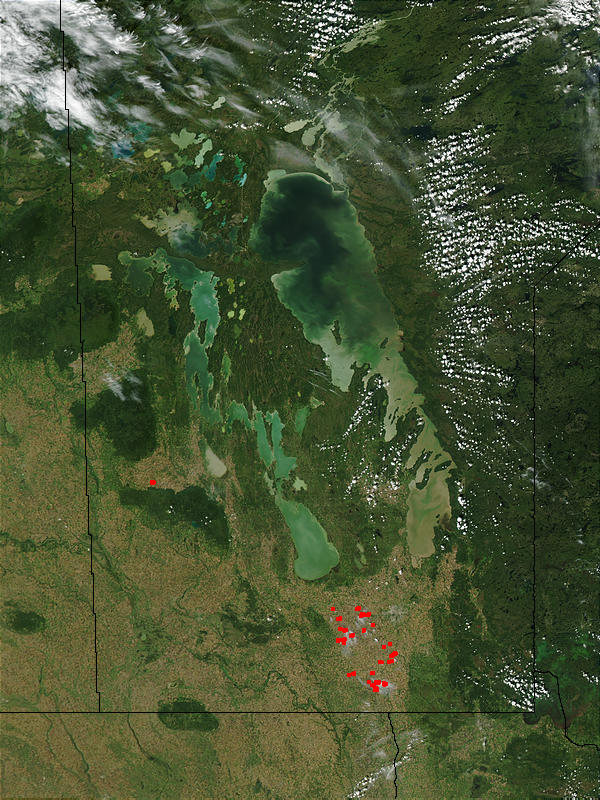 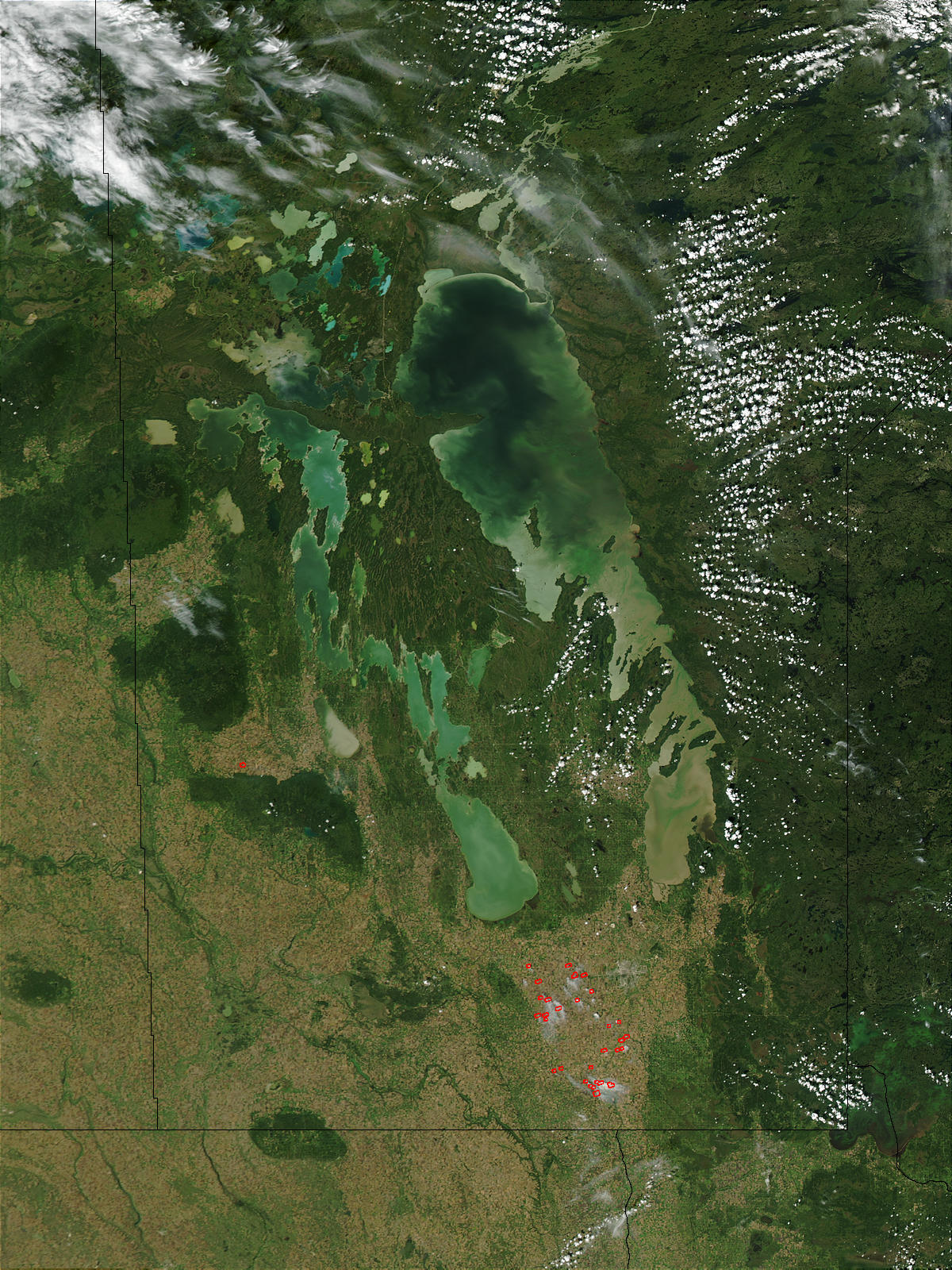 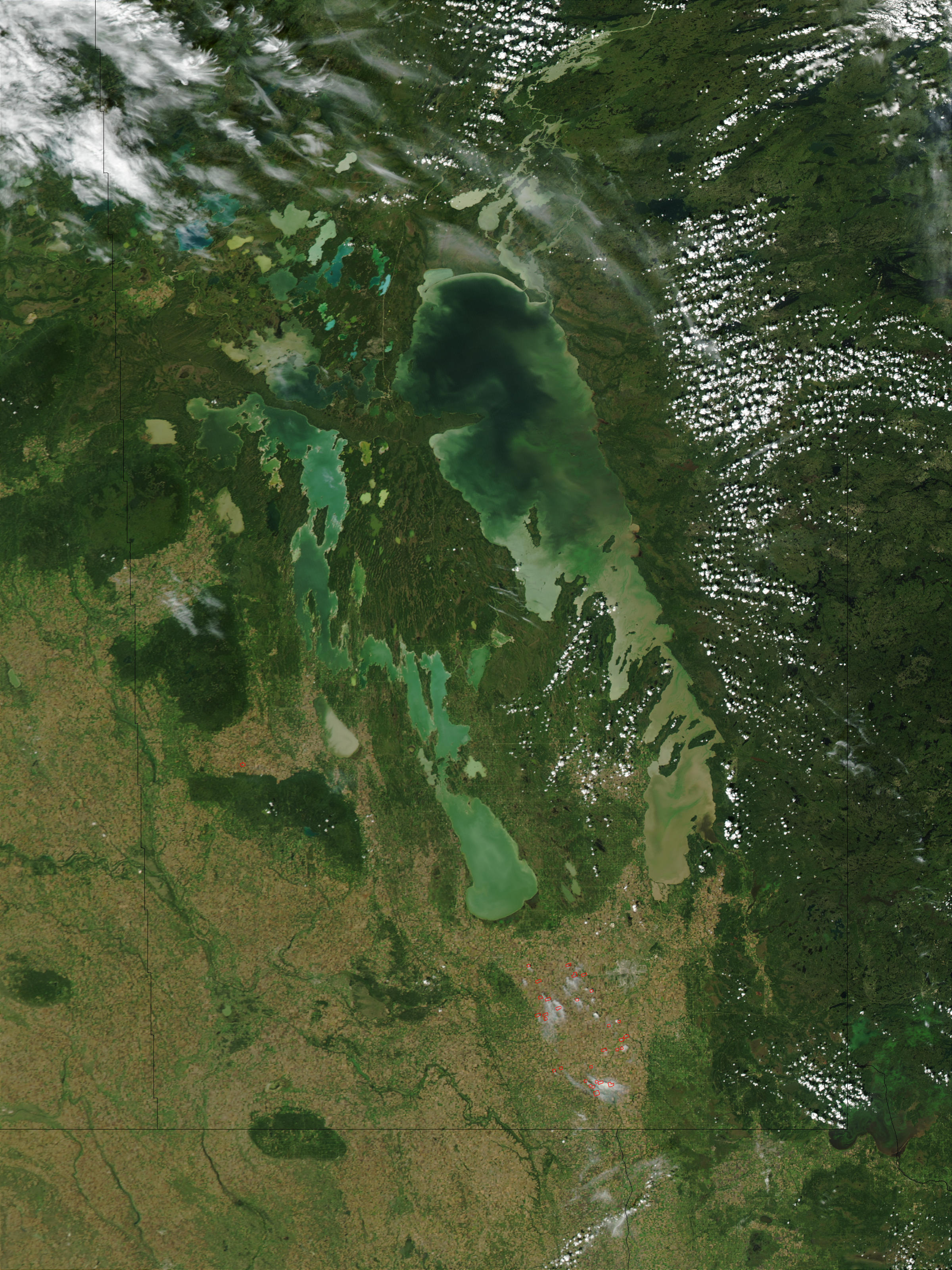 Lakes Winnipeg (right) and Manitoba (left) are centered in this true-color Moderate Resolution Imaging Spectroradiometer (MODIS) image of Canada’s Manitoba Province captured on September 10, 2002. Surrounded by wetlands that give way to the boreal forest to the north and the Great Plains to the south, the lakes appear to be awash in sediment and possibly algae or other plant growth, for they are nearly as green as the surrounding vegetation. South of the lake, MODIS detected several fires, which are marked with red dots. To the south, along the Manitoba-North Dakota border, a circle of elevated ground supports a different kind of vegetation than the surrounding terrain. Northeast of the fires, a grayish cluster of pixels marks the location of the city of Winnipeg.