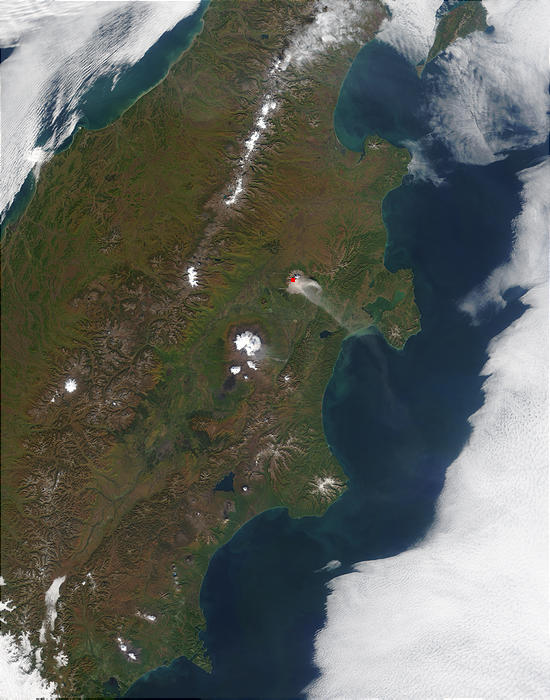 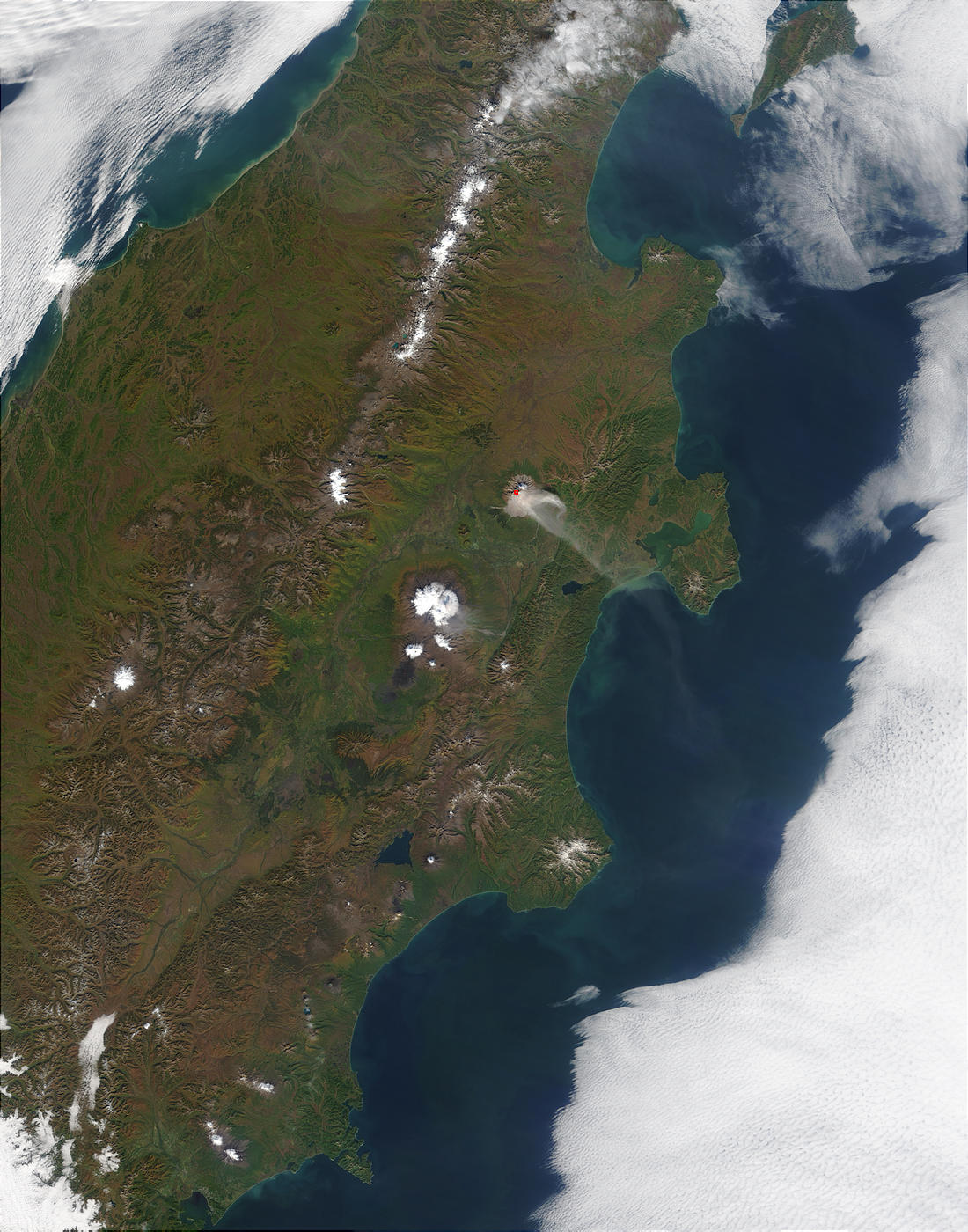 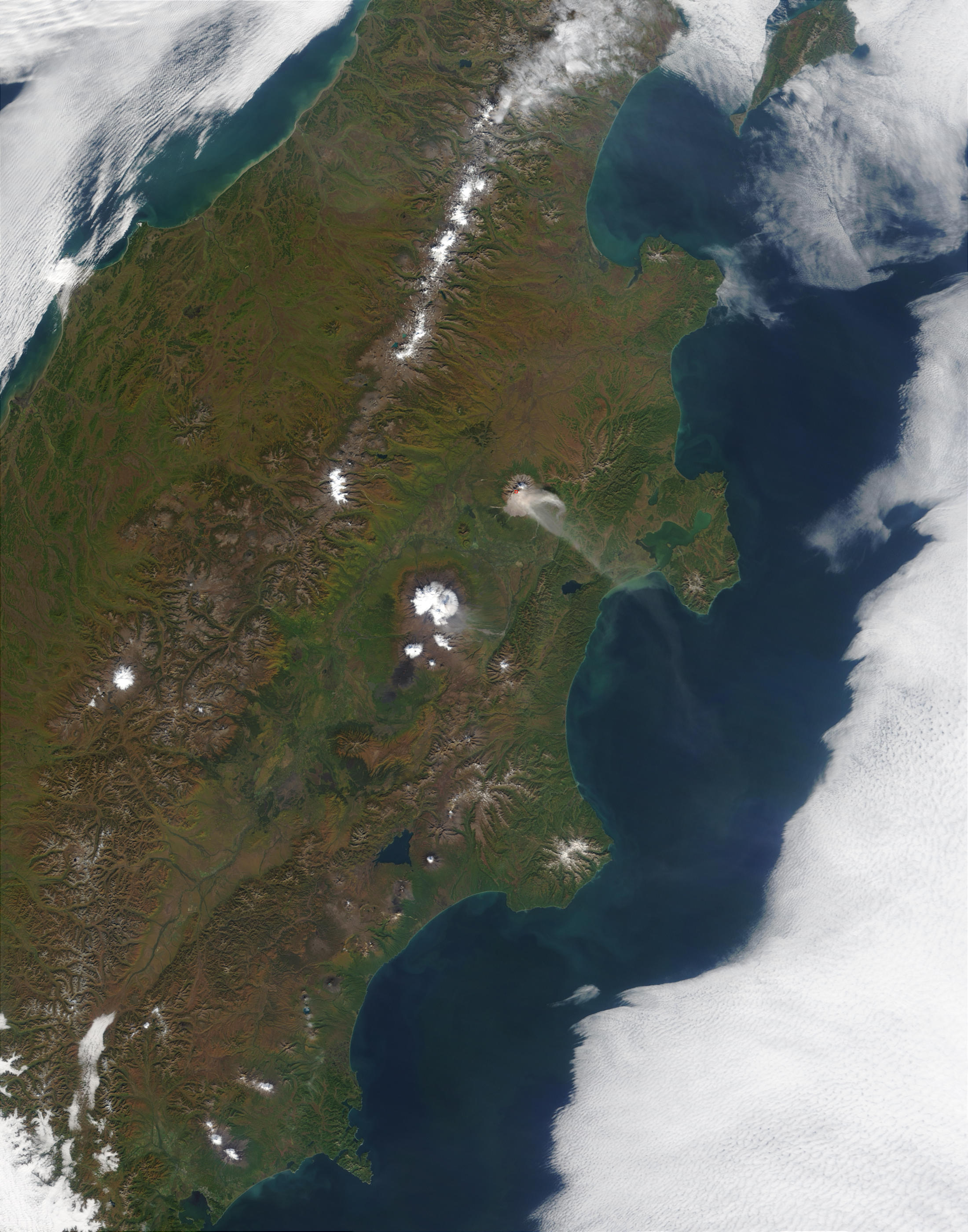 On September 17, 2002, Shiveluch Volcano, one of many on Russia’s Kamchatka Peninsula, was restless. The Moderate Resolution Imaging Spectroradiometer (MODIS) on the Terra satellite detected a heat signature from the crater (red dot) and a plume of ash and smoke. Some greenness clings to the lower elevations, while the rugged mountains are fading to brown with the advancing season.