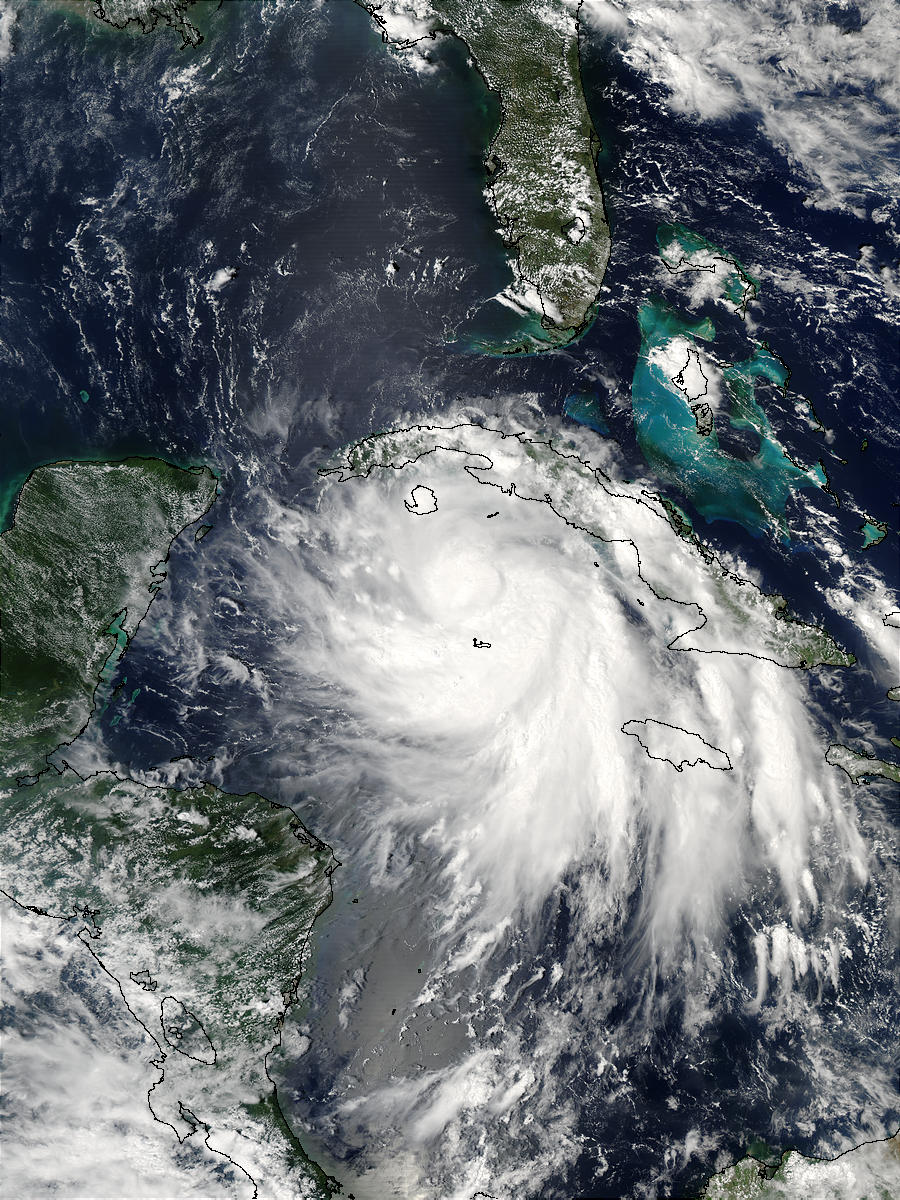 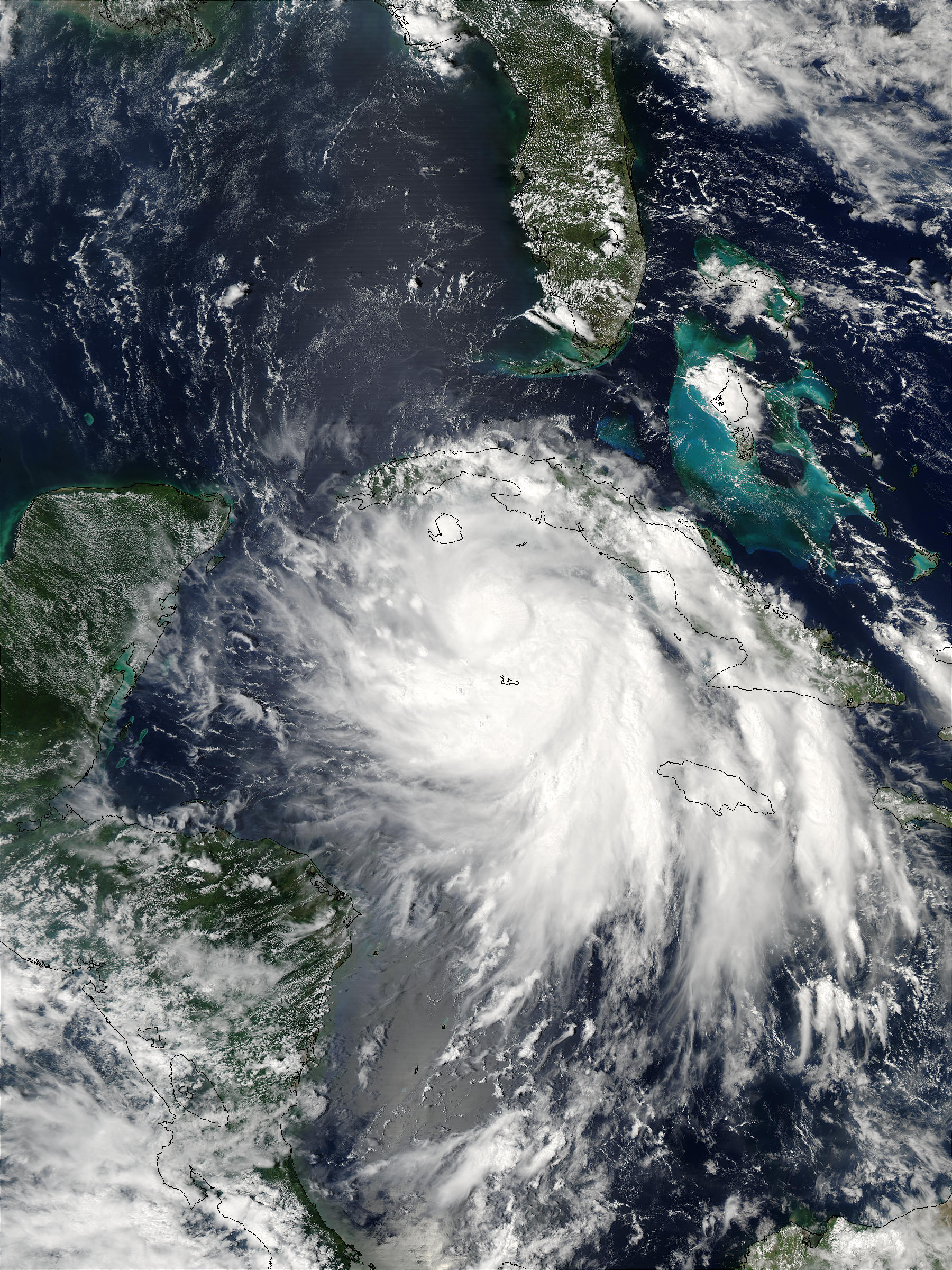 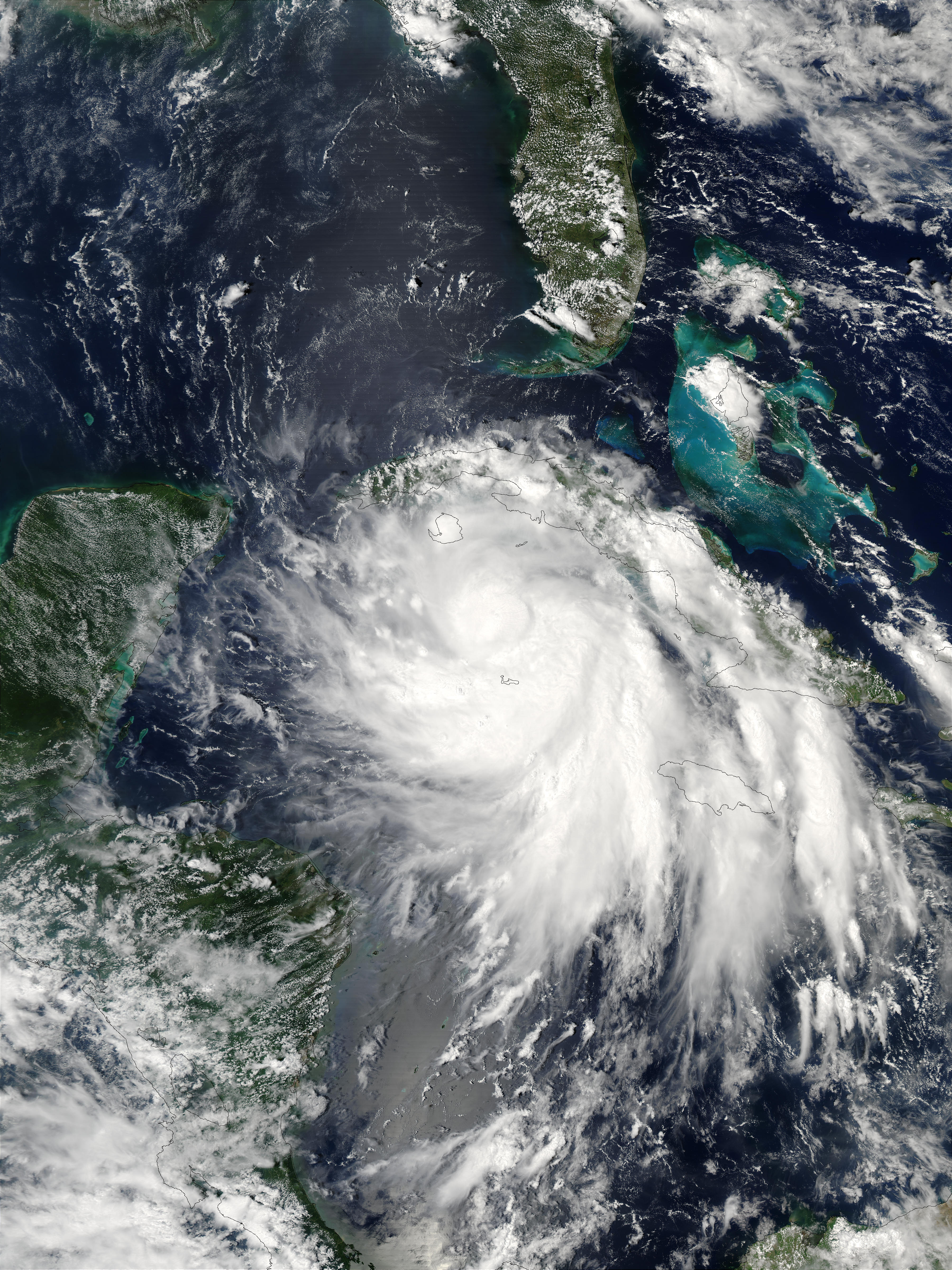 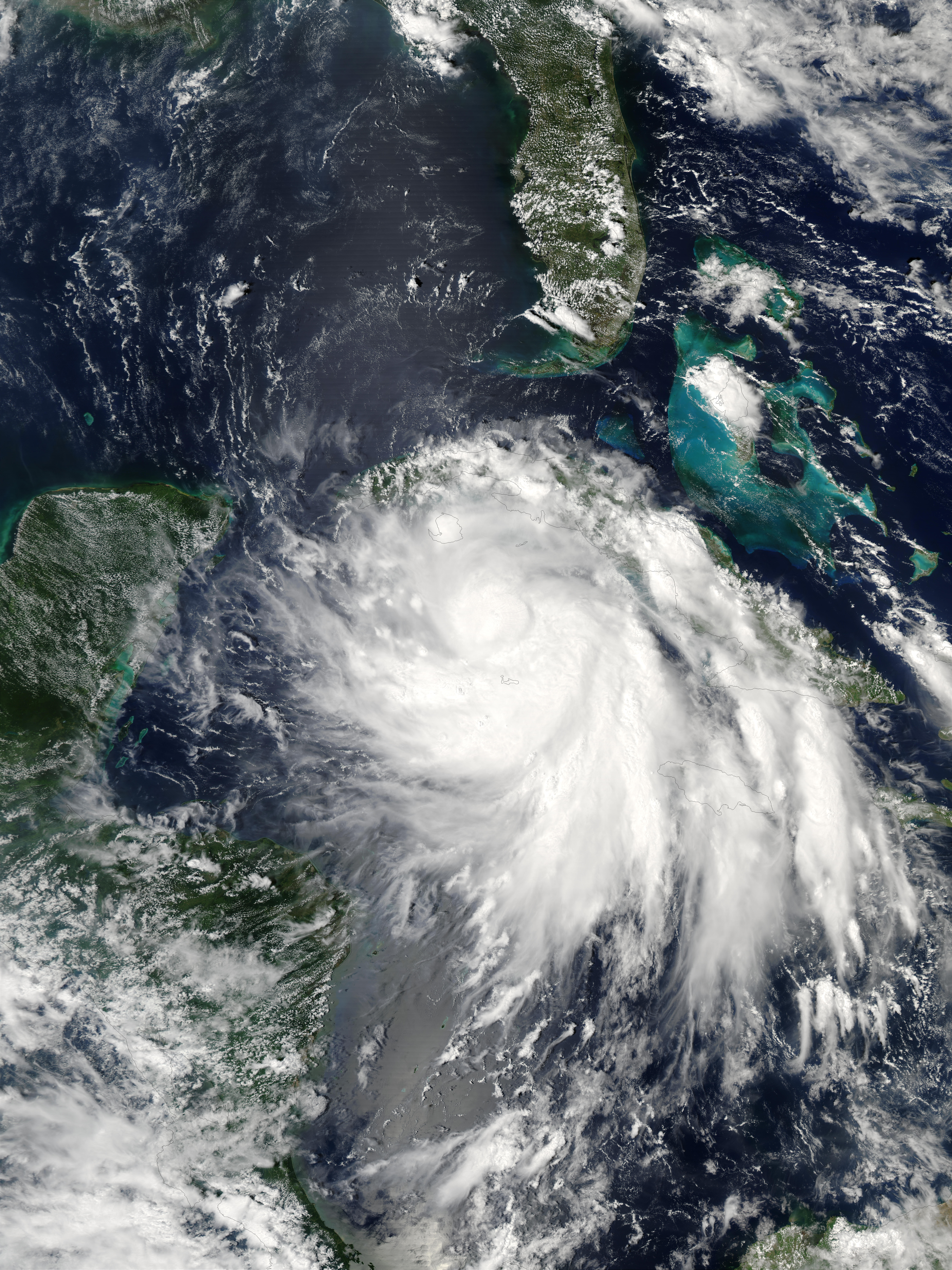 With maximum sustained winds close to 105 mph (165 km/hr), Hurricane Isidore wreaked havoc on the island nation of Cuba. The center of the storm is located about 65 miles eat of the western tip of Cuba. Isidore is moving towards the west-northwest near 8 mph (13 km/hr). These MODIS true-color images were acquired on September 20 and 21, 2002, after which Isidore turned almost due west and made landfall on Mexico’s southern coasts and moved inland along the Yucatan Peninsula. After that, Isidore turned once more to the north, and by Monday, September 23 had moved back into the Gulf of Mexico. A tropical storm warning (instead of a hurricane warning) was put into effect by the Mexican government from Cabo Catoche (near where the peninsula joins the mainland) to Veracruz (halfway between Cabo Catoche and the Mexico/US-Texas border).