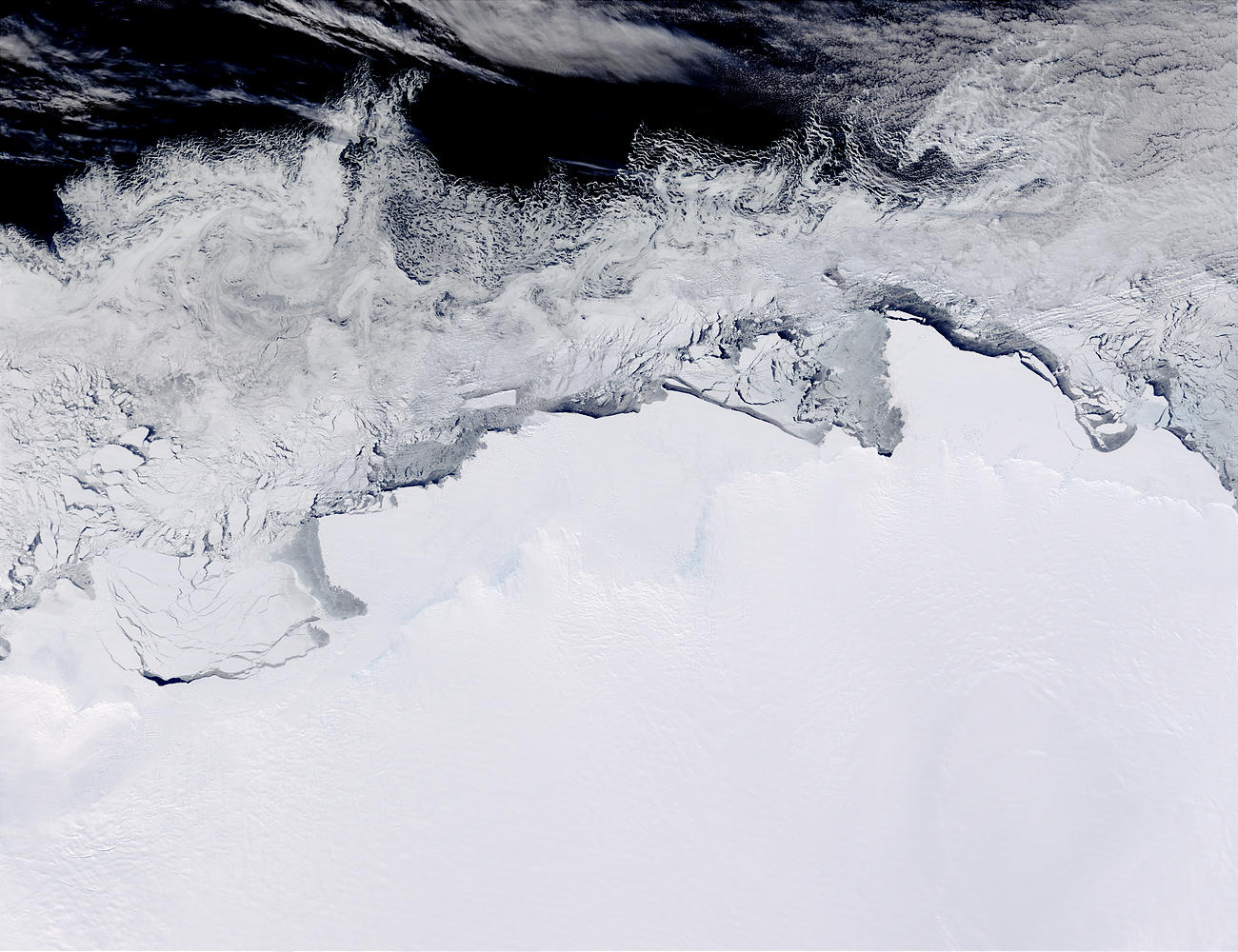 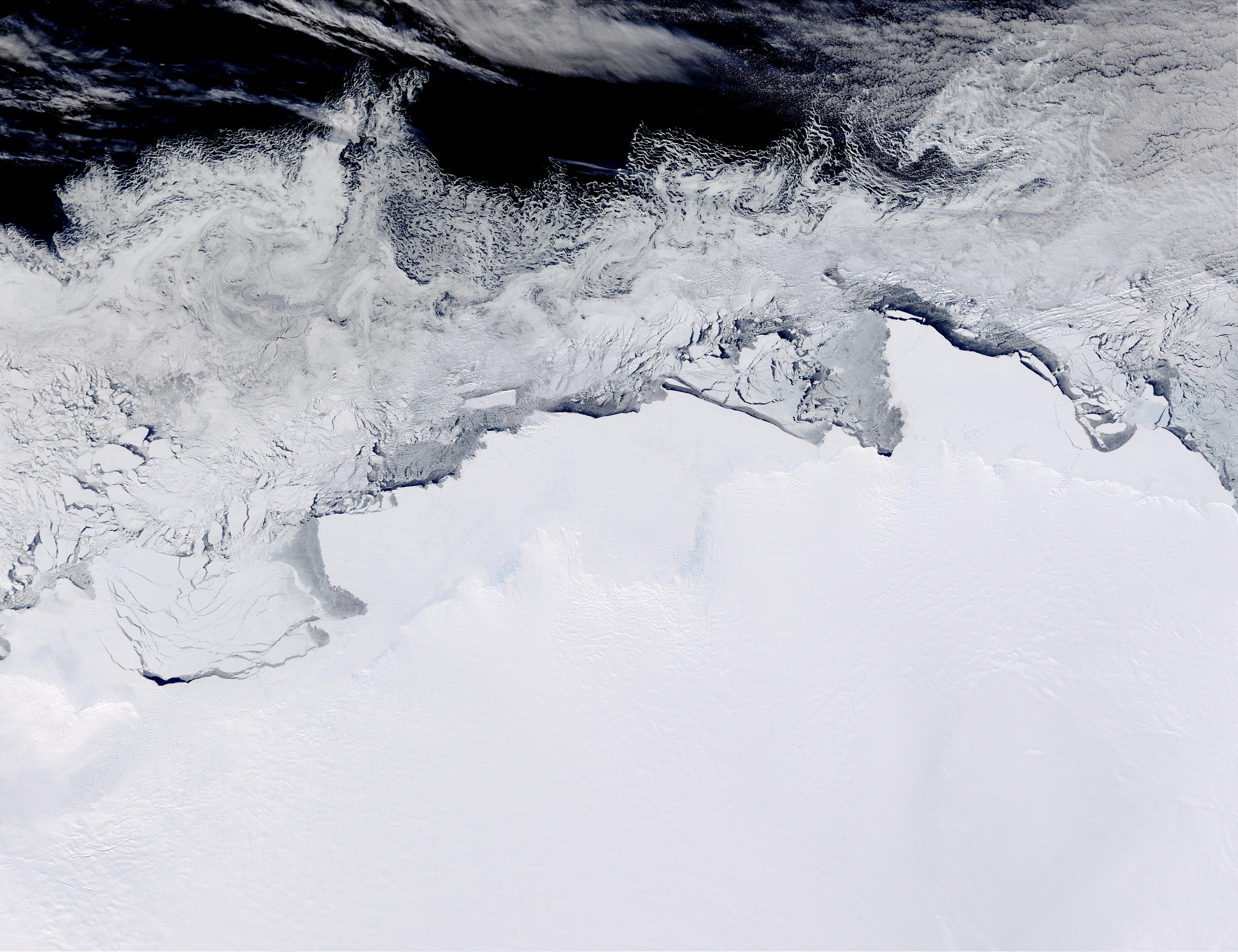 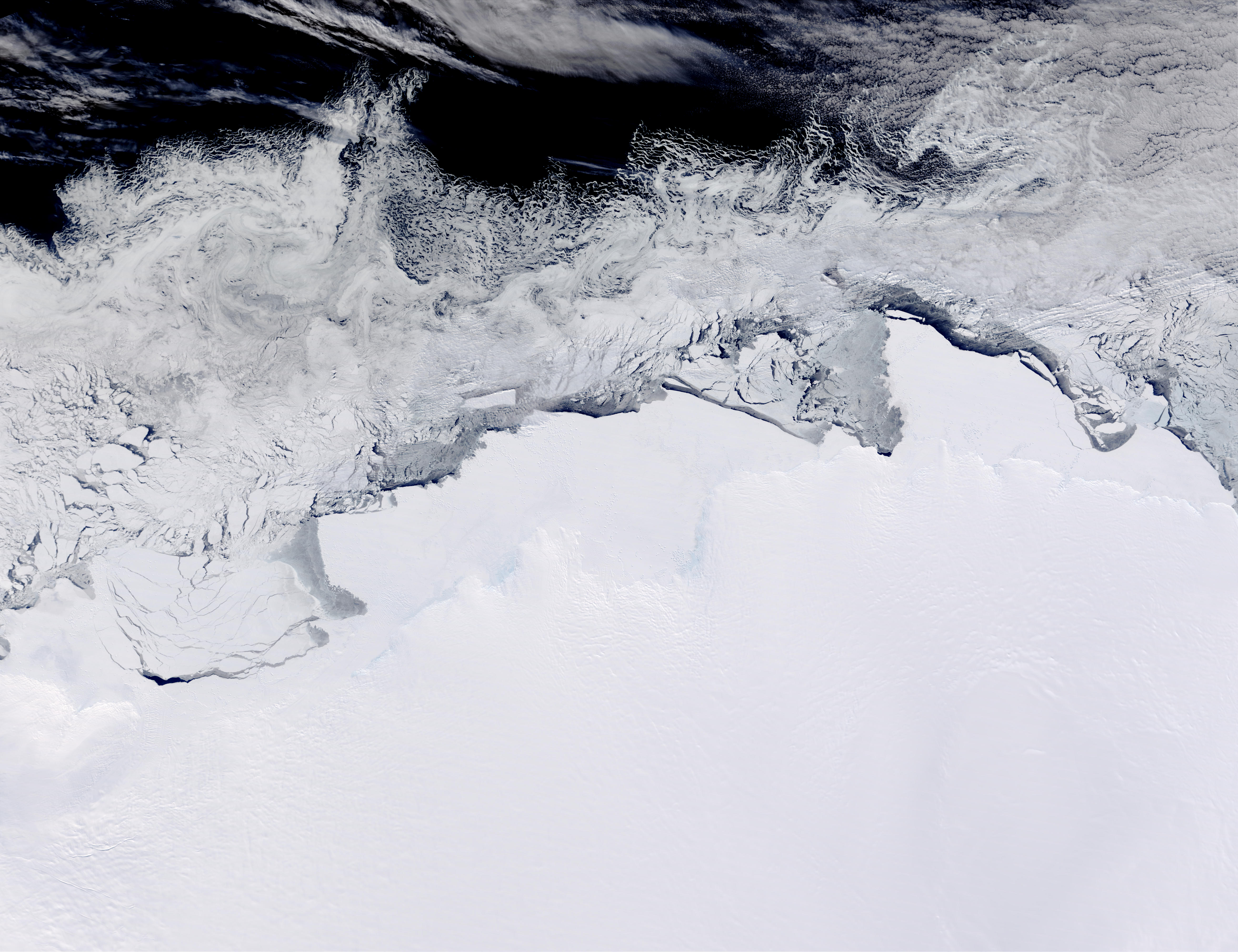 The broad white expanse of East Antarctica has a sameness that can make it hard to distinguish the permanent coastline of the continent. If you look closely at these true-color Moderate Resolution Imaging Spectroradiometer (MODIS) images from September and October 2002, however, you can see a subtle distinction, a line where the rippled texture of the actual land surface gives way to the smooth surface of the coastal ice shelf. The shelves and coastlines to their interiors have a variety of names. On September 21, (from east to west) the image shows Sabrina, Banzare, and Wilkes (Clarie) Coasts, all fronting the Dumont d’Urville Sea. In some subsequent images, the scene shows area farther east, including the Adelie Coast.