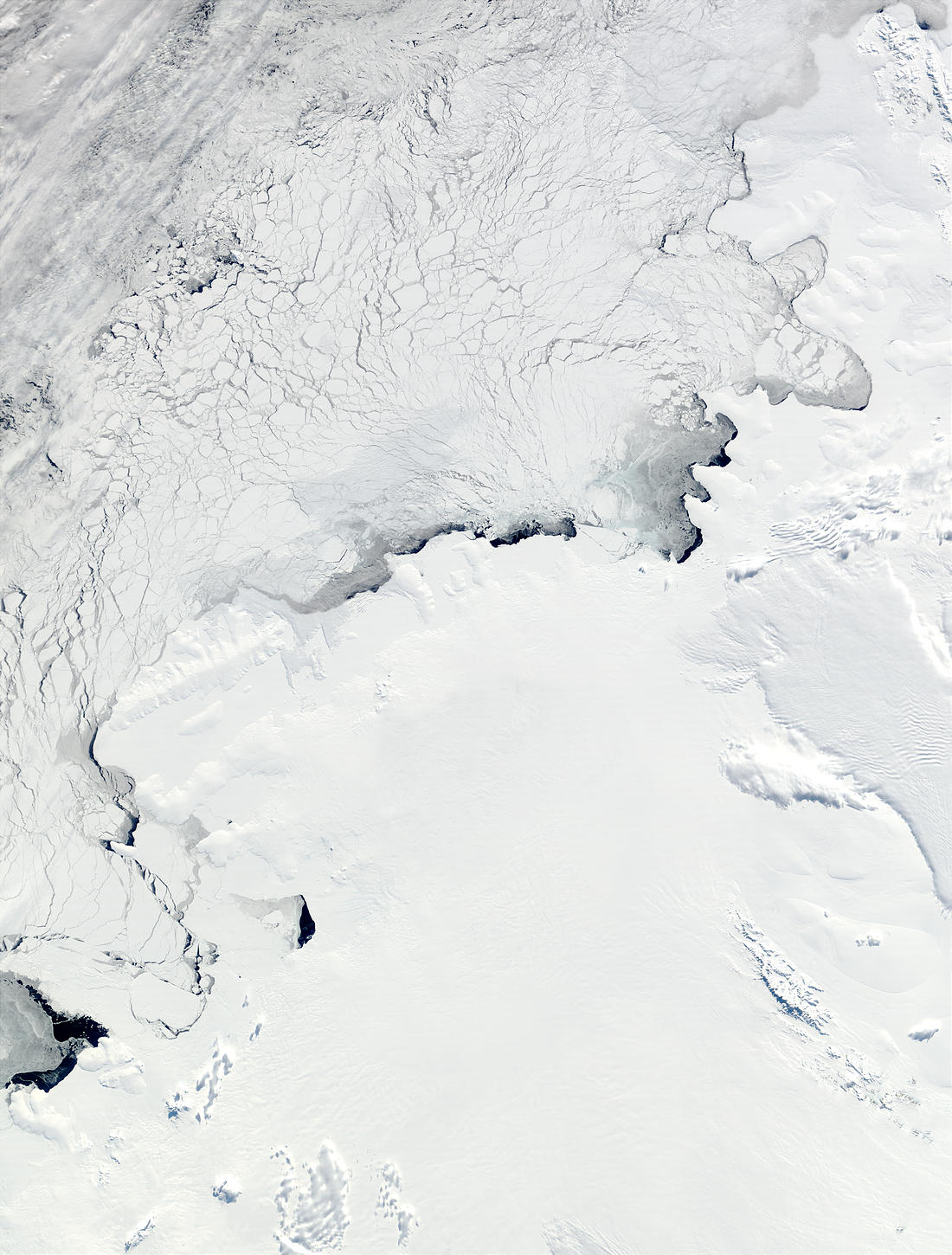 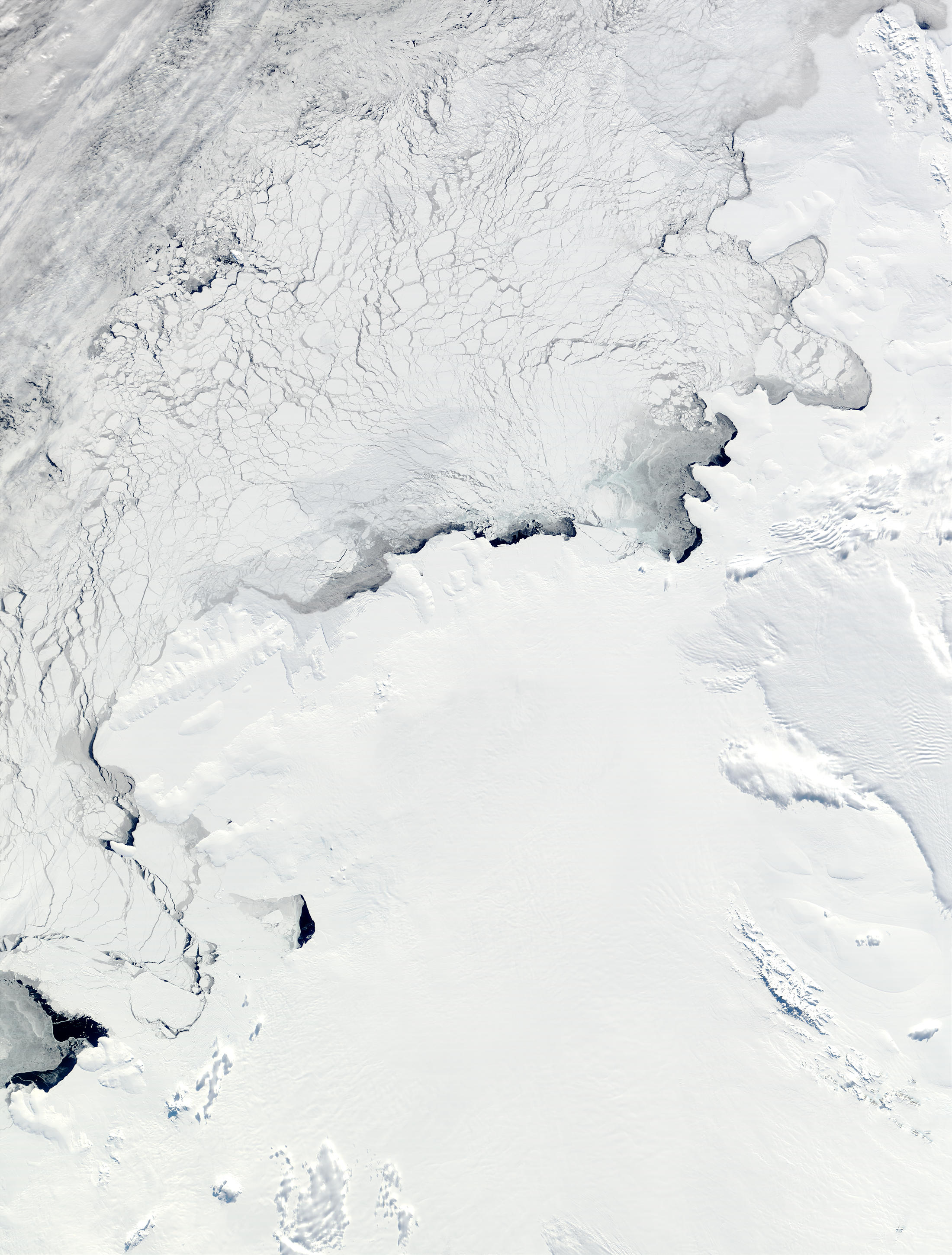 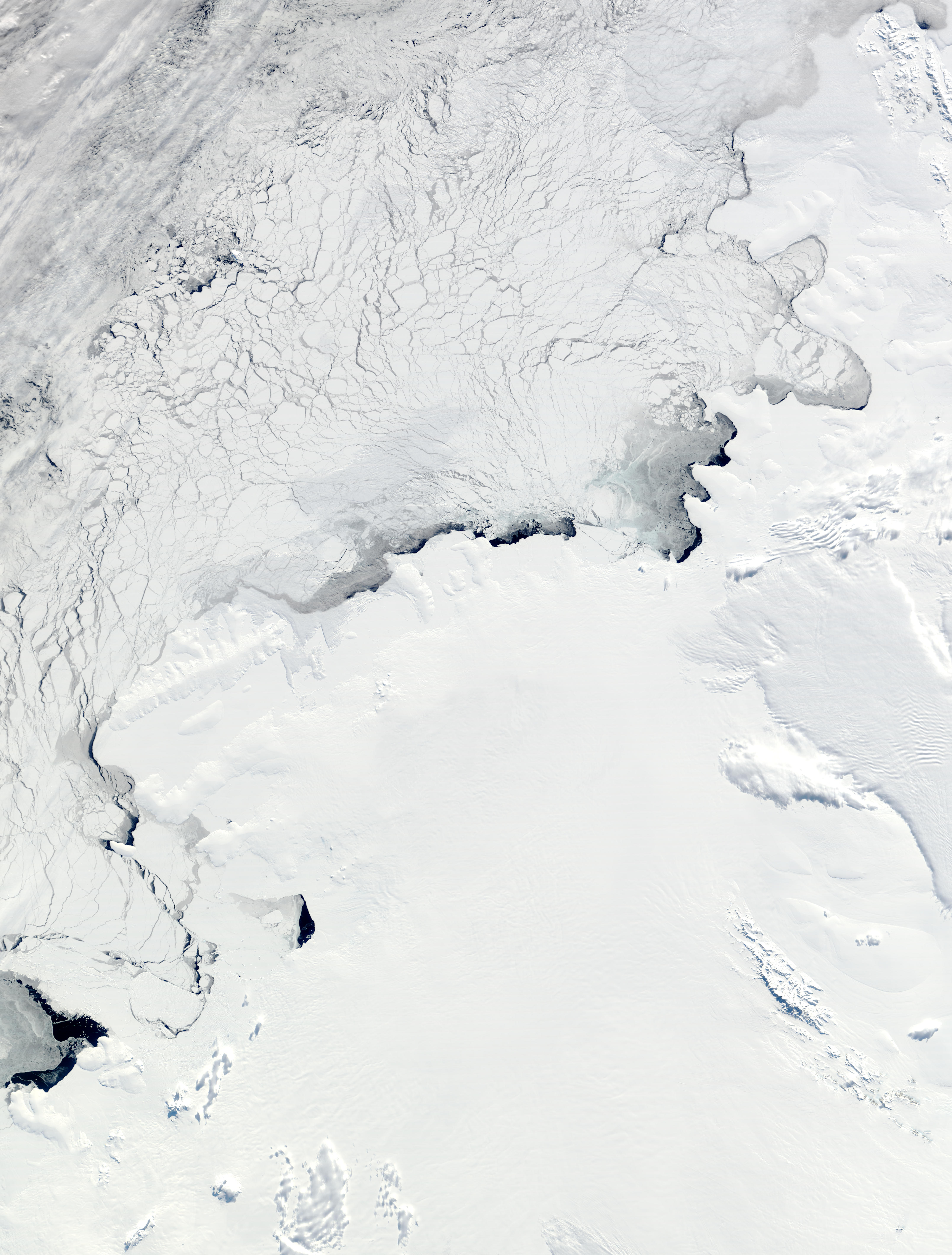 Broken sea ice covers Antarctica's Bellinghausen Sea in these true-color Terra MODIS image acquired in October and November 2002. (The image from Oct. 18 also shows the Amundesen Sea, to the west.)Snow and ice are so pervasive in this image that the actual land is almost indistinguishable. Close inspection of the image reveals that snow on the land appears raised, has a rougher texture than the sea ice, and appears slightly shadowed. This picture was taken during the height of the year's sea ice coverage, which add somewhere around 8 million square miles to Antarctica’s size. By February, much of the ice will melt, leaving only about 1 million square miles of sea ice around Antarctica.

Sea ice is formed over a period of time that can stretch from months to years. It starts as very thin sheets of ice that form when temperatures are low enough and when the water moves very little. This ice is constantly forming and breaking up, eventually forming thicker layers and helping to attach larger pieces of ice together to form ice sheets, like what is shown above between the mainland and the islands. Out in the open sea, tidal forces and water movement can break up the sea ice into large pieces. The thicker the ice is, the whiter it appears. The grayish ice shown is thinner ice that holds the larger pieces of ice together.