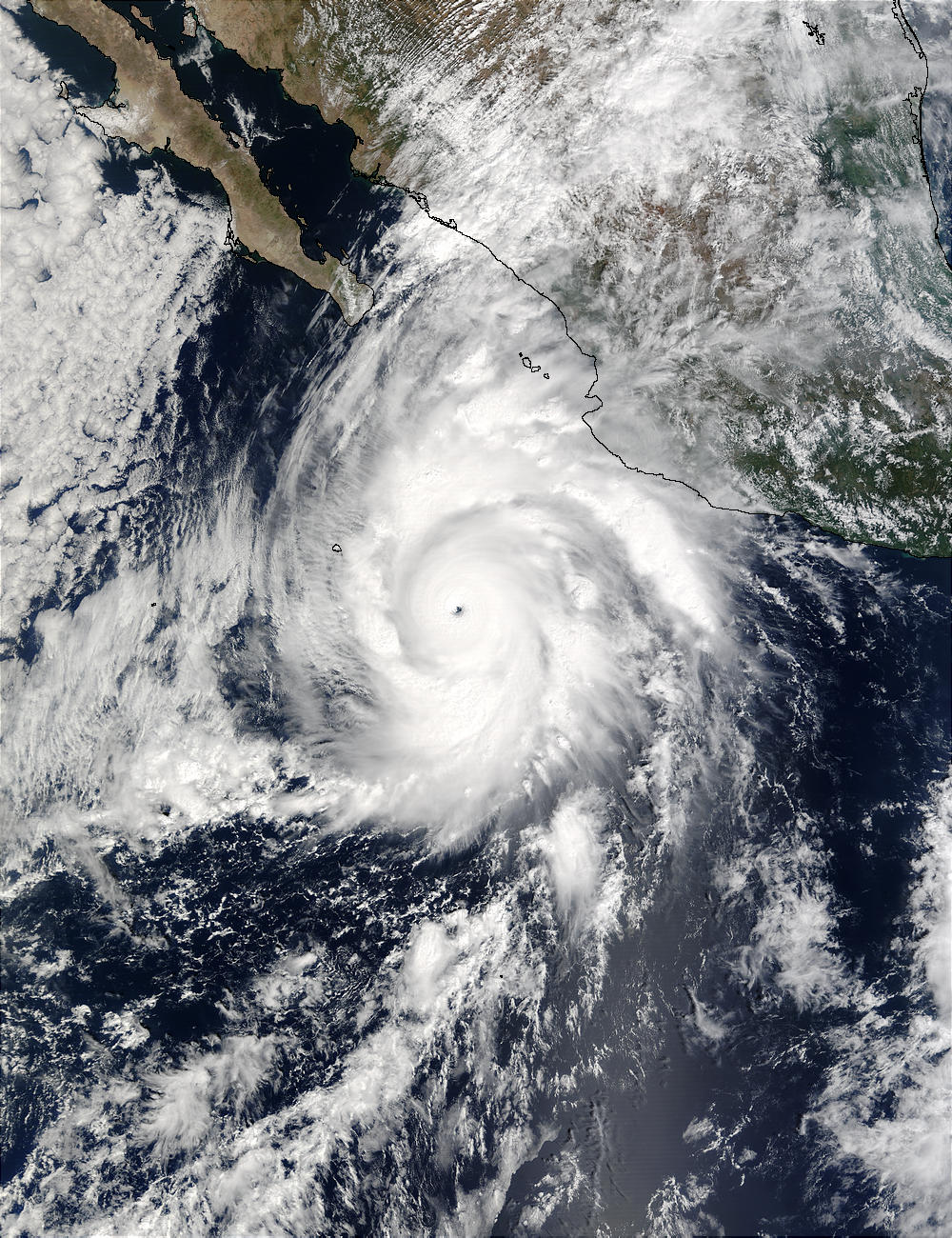 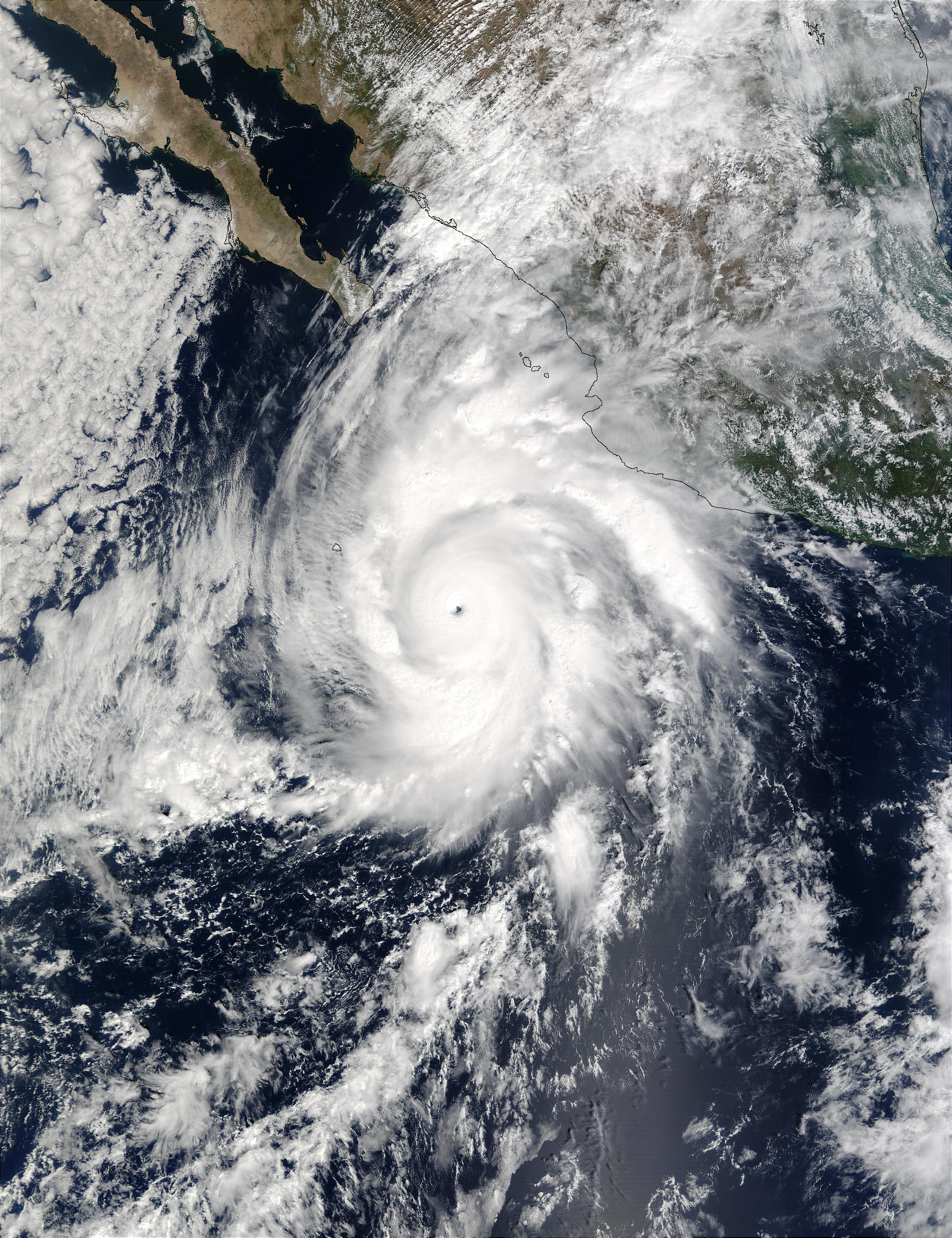 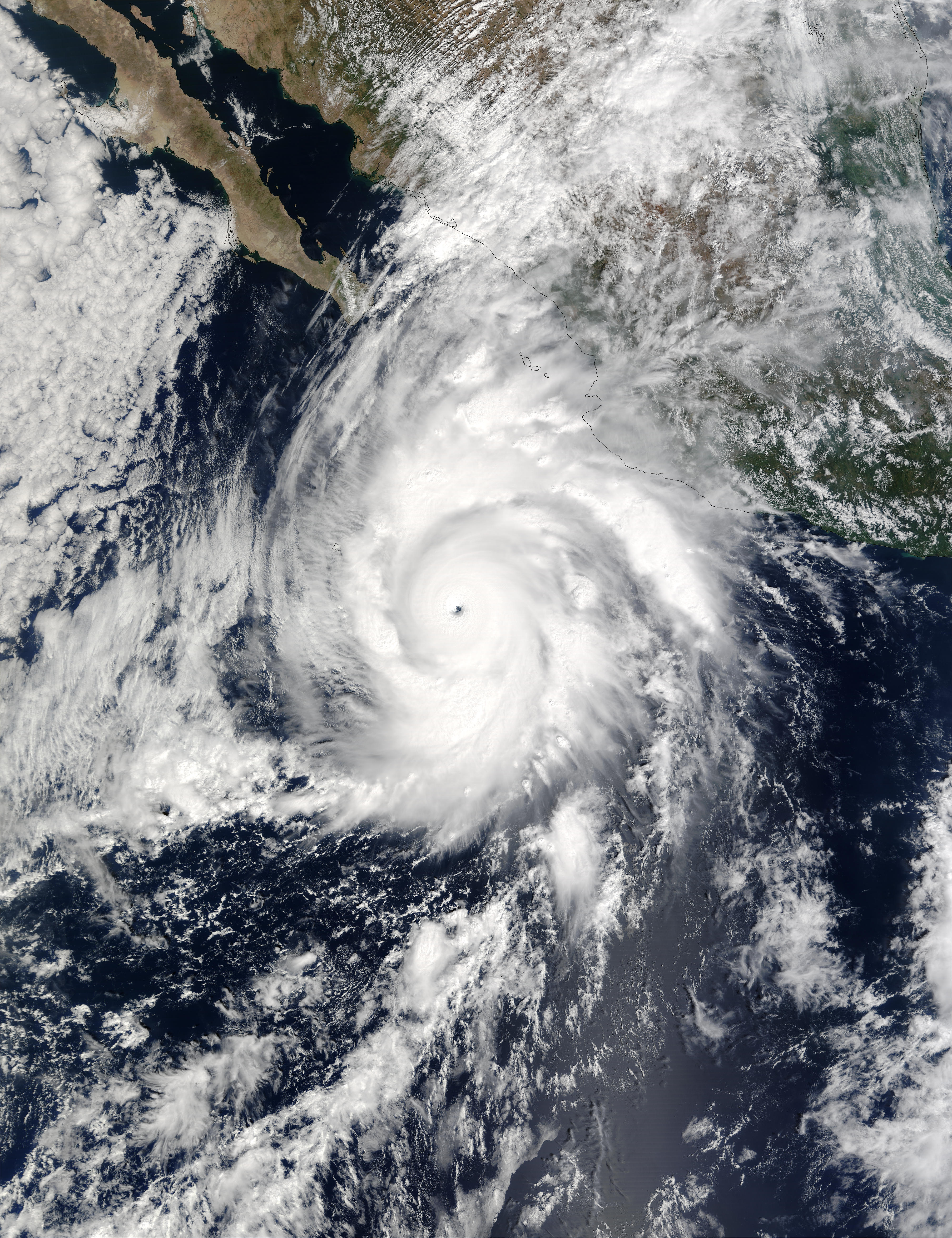 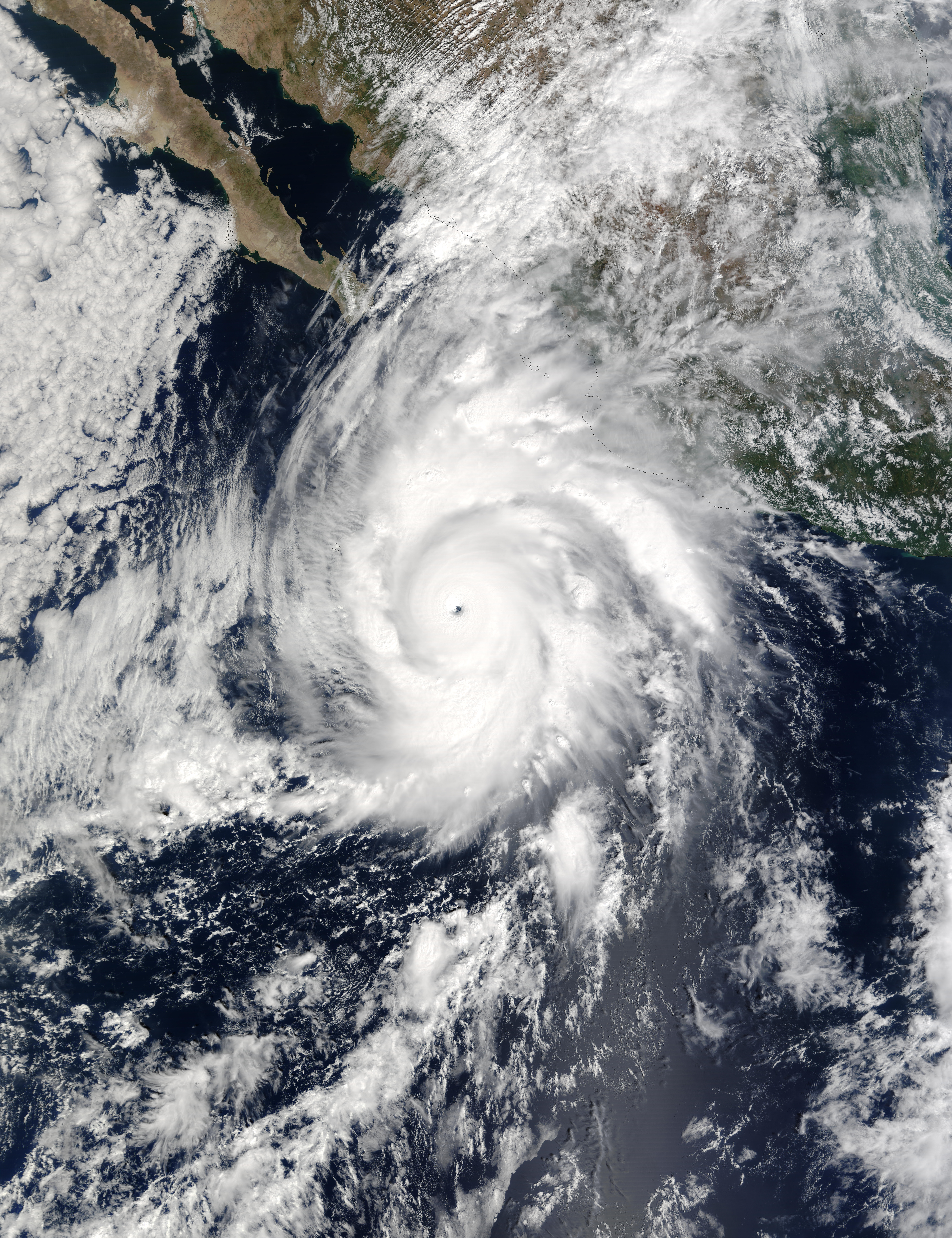 Hurricane Kenna whirls in the eastern Pacific Ocean south of Mexico’s Gulf of California in this true-color Terra MODIS image acquired October 24, 2002. This hurricane is a rather late, though extremely strong entrant to the hurricane season, which usually ends in October. At the time this image was acquired, Kenna was on the edge of becoming a Category 5 hurricane, with winds of 130 knots (1 knot = 1.15 mph), and was heading towards major tourist cities such as Puerto Vallarta and Cabo San Lucas on Mexico’s western coast.

Kenna made landfall on October 25th, about 40 miles north of Tepic, with winds of 140 knots, causing torrential rainfall and flooding in many areas. Most residents in the area lost electricity, and the state of Nayarit was declared a disaster area. Countless homes and businesses were damaged or destroyed, and thousands of residents and tourists were displaced. All of this made Kenna one of the worst hurricanes to hit the region in the last 50 years. Kenna rapidly lost strength over land, moving from a Category 4 with 125-knot winds to a Level 1 with 70-knot winds in the space of six hours. By early on the 26th, Kenna had degraded to a tropical depression with winds of 30 knots, and by noon that day had officially dissipated over Mexico's interior.