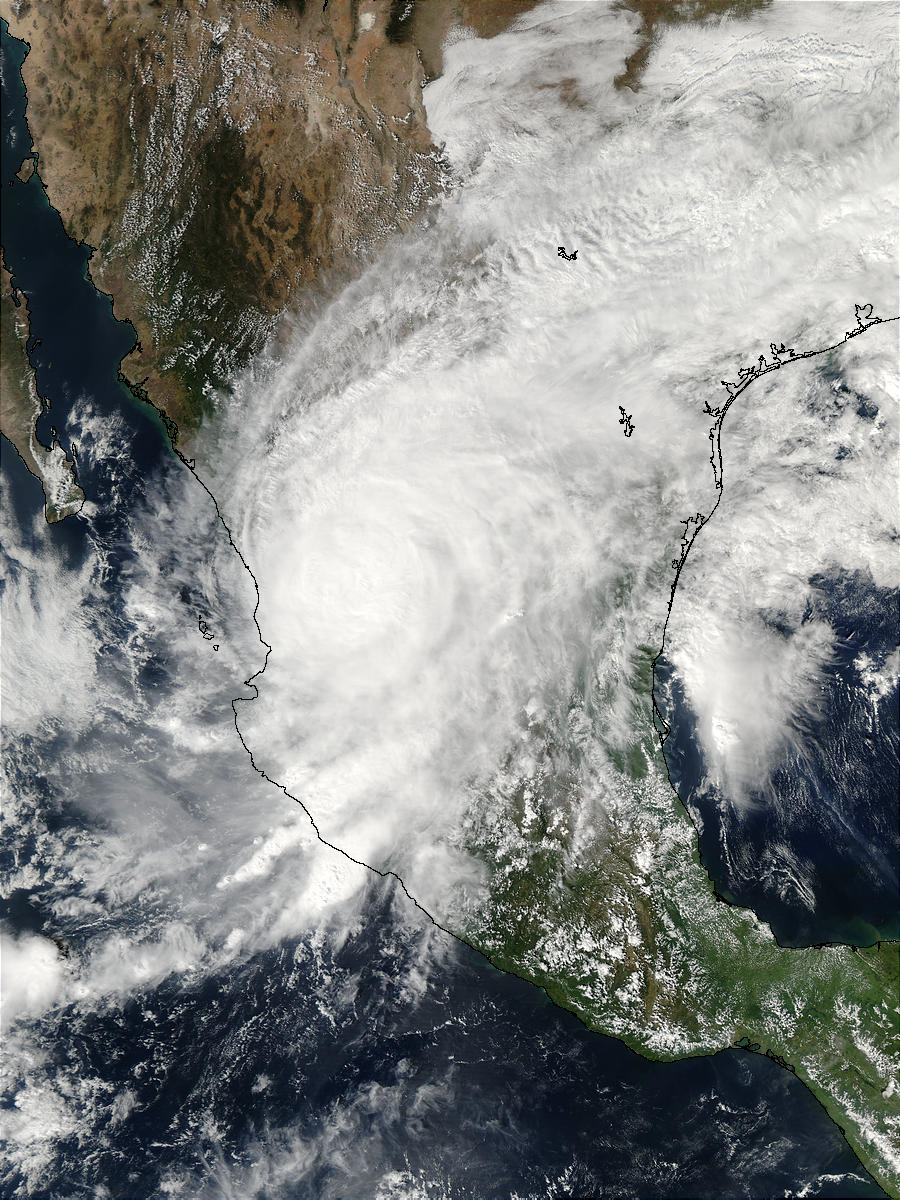 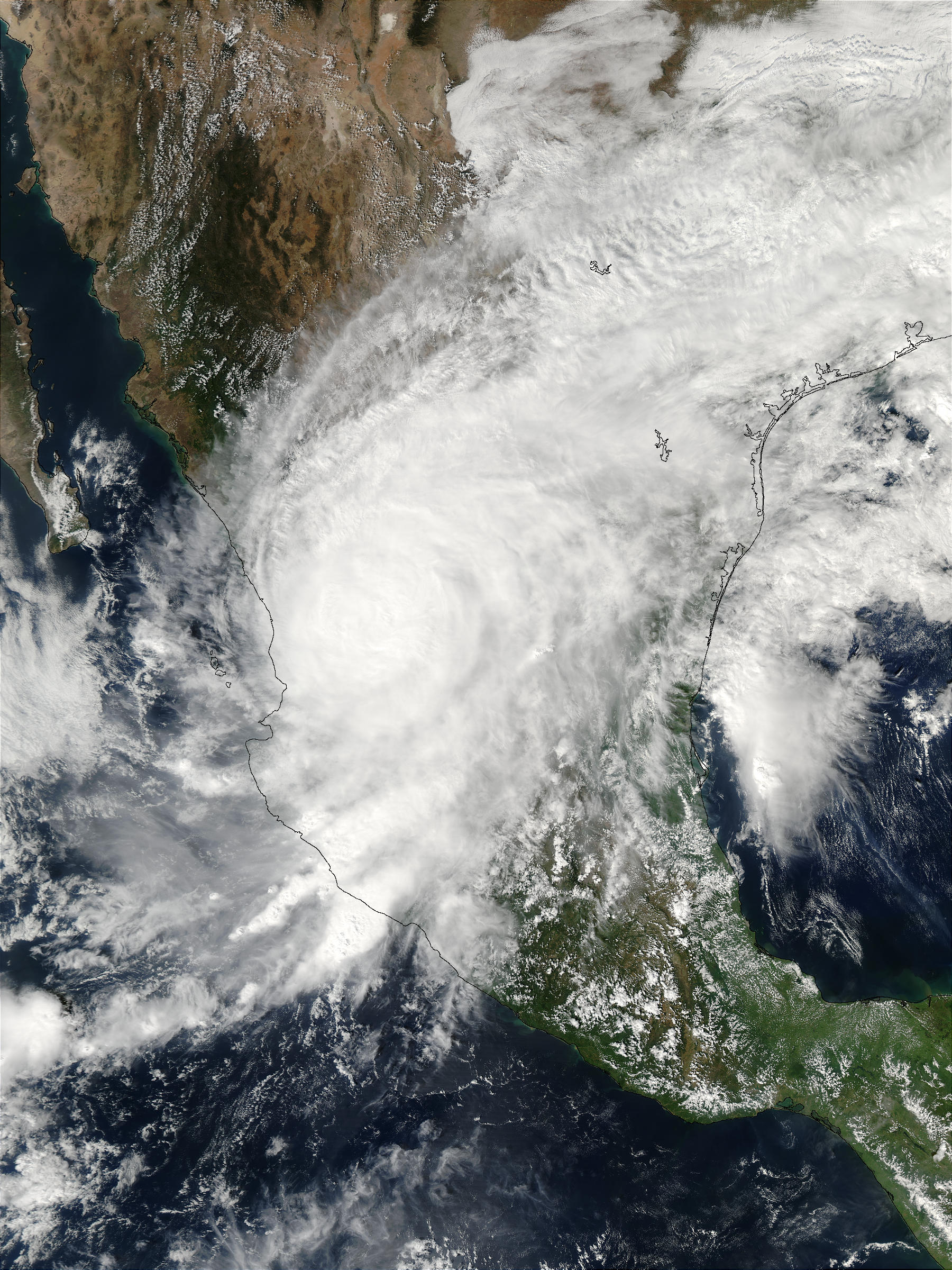 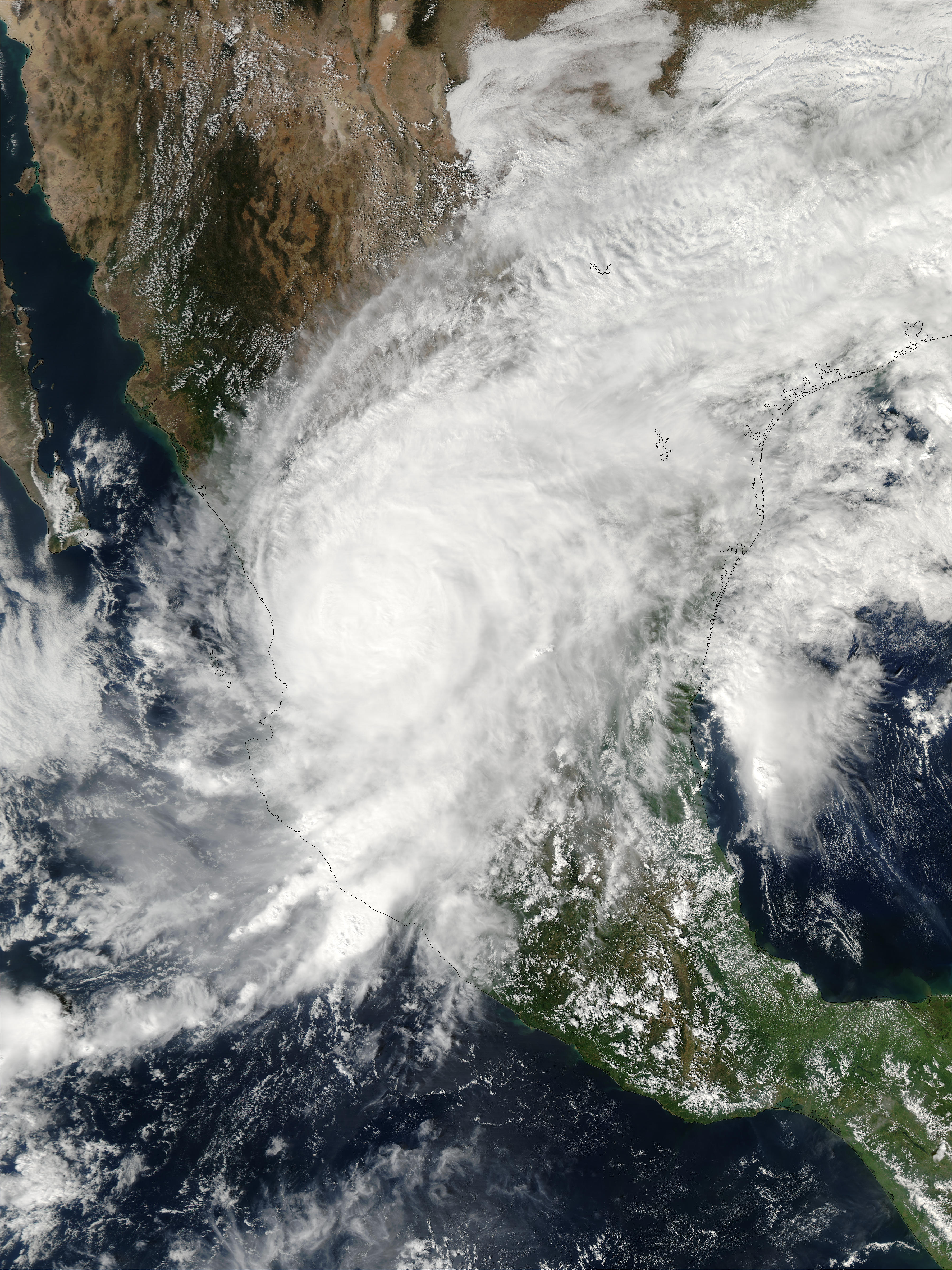 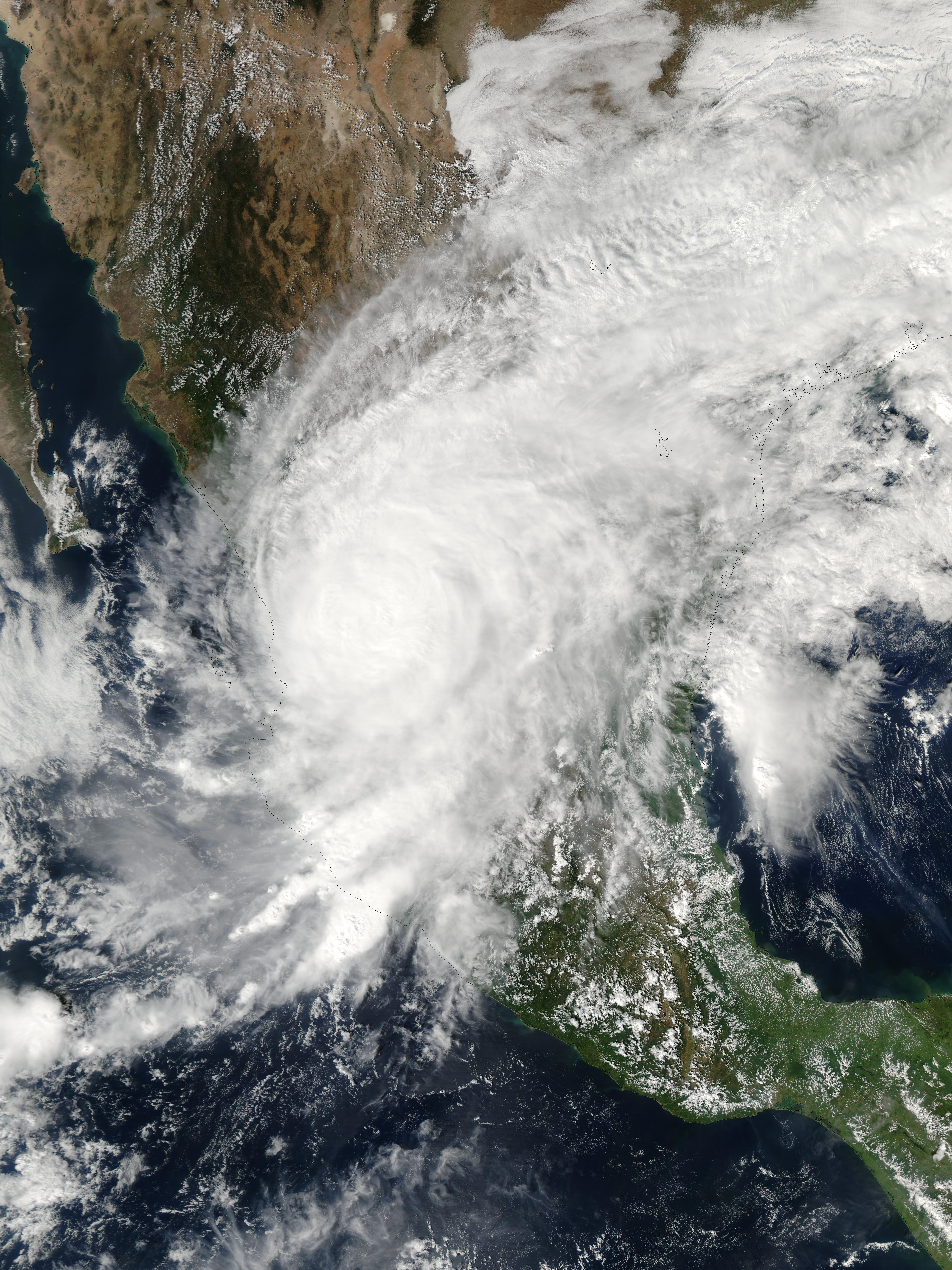 Hurricane Kenna, the sixteenth tropical disturbance of the 2002 eastern Pacific hurricane season, explosively intensified from a tropical storm to a Category 5 hurricane in less than 48 hours. On Friday, October 25, forecasters were expecting Kenna to make landfall over the western Mexican coast as a Category 4 storm. Kenna was born in the warm tropical waters of the eastern Pacific south of Mexico on October 22 to become the strongest storm to threaten the Americas in 2002.