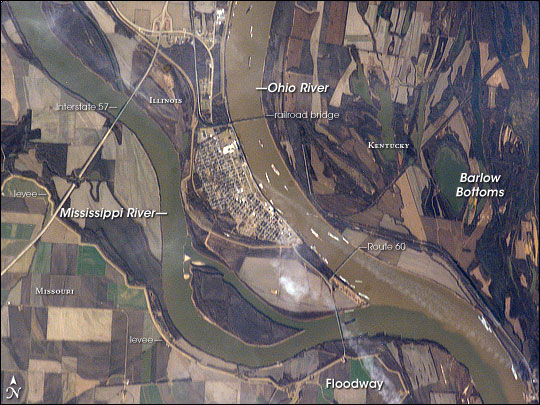 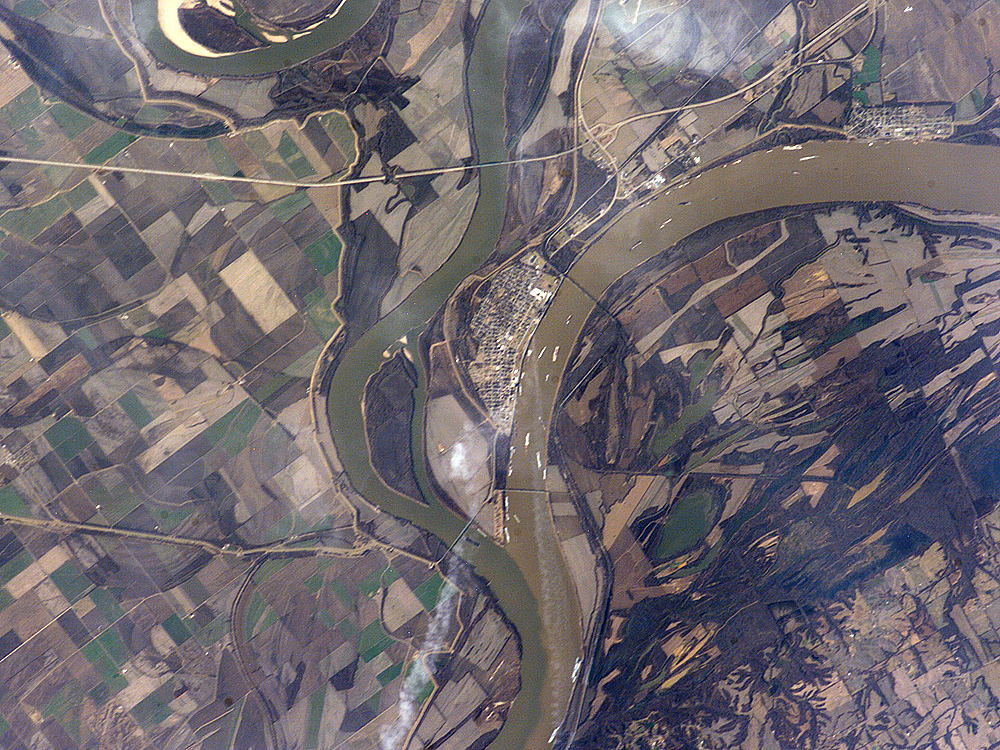 Confluence of Ohio and Mississippi Rivers at Cairo, IL

The Ohio River becomes a tributary of the Mississippi River directly south of Cairo, Illinois, a small city on the spit of land where the rivers converge. Brown, sediment-laden water flowing generally northeast to south from the Ohio River is distinct from the green and relatively sediment-poor water of the Mississippi River (flowing northwest to south). The color of the rivers in this image is reversed from the usual condition of a green Ohio and a brown Mississippi.

This image originally appeared in the NASA Earth Observatory story Confluence of Ohio and Mississippi Rivers at Cairo, IL.

Astronaut photograph ISS012-E-15035 was acquired January 12, 2006 with a Kodak 760C digital camera using a 400 mm lens, and is provided by the ISS Crew Earth Observations experiment and the Image Science & Analysis Group, Johnson Space Center. The image in this article has been cropped and enhanced to improve contrast, and camera lens artifacts have been removed. The International Space Station Program supports the laboratory to help astronauts take pictures of Earth that will be of the greatest value to scientists and the public, and to make those images freely available on the Internet. Additional images taken by astronauts and cosmonauts can be viewed at the NASA/JSC Gateway to Astronaut Photography of Earth.