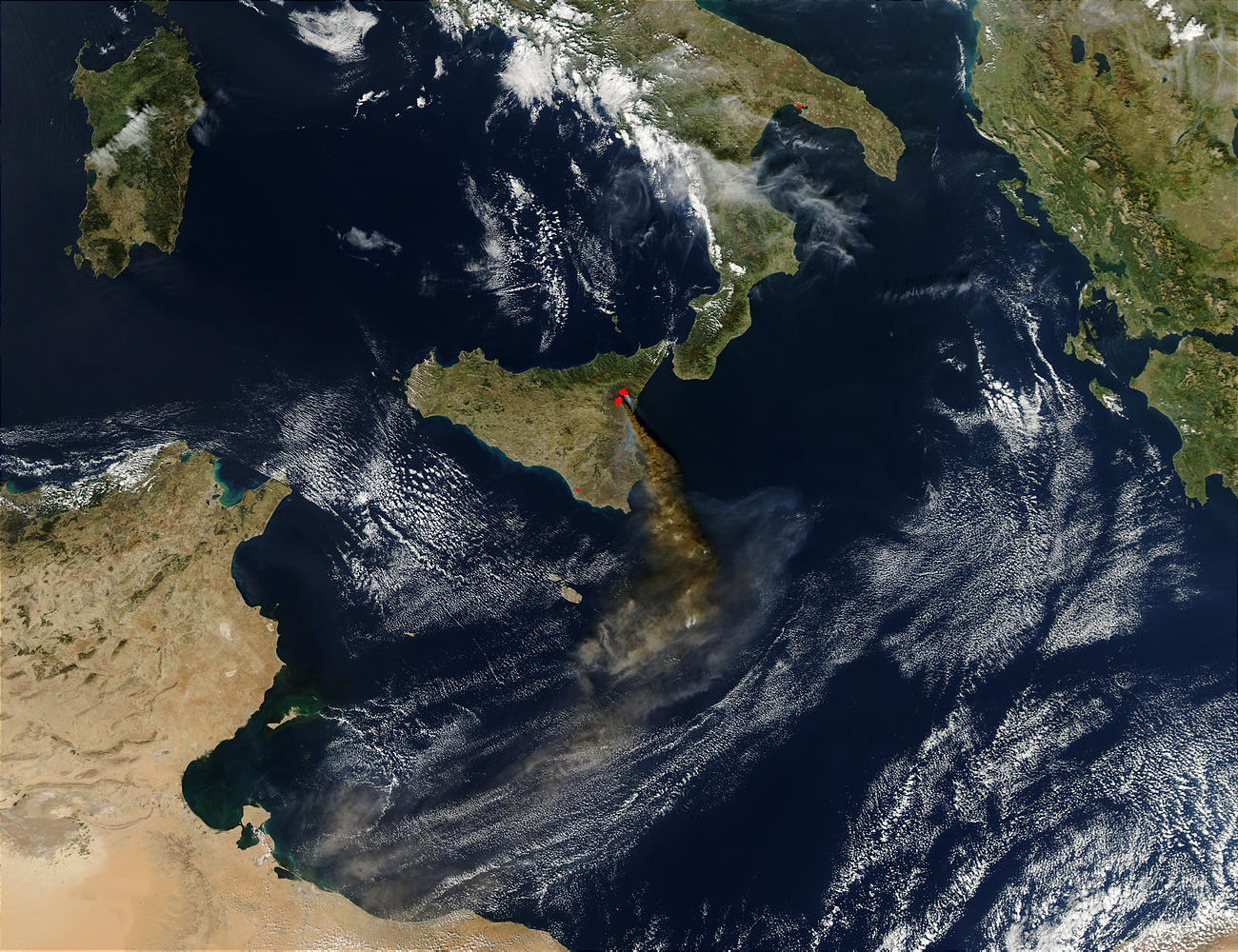 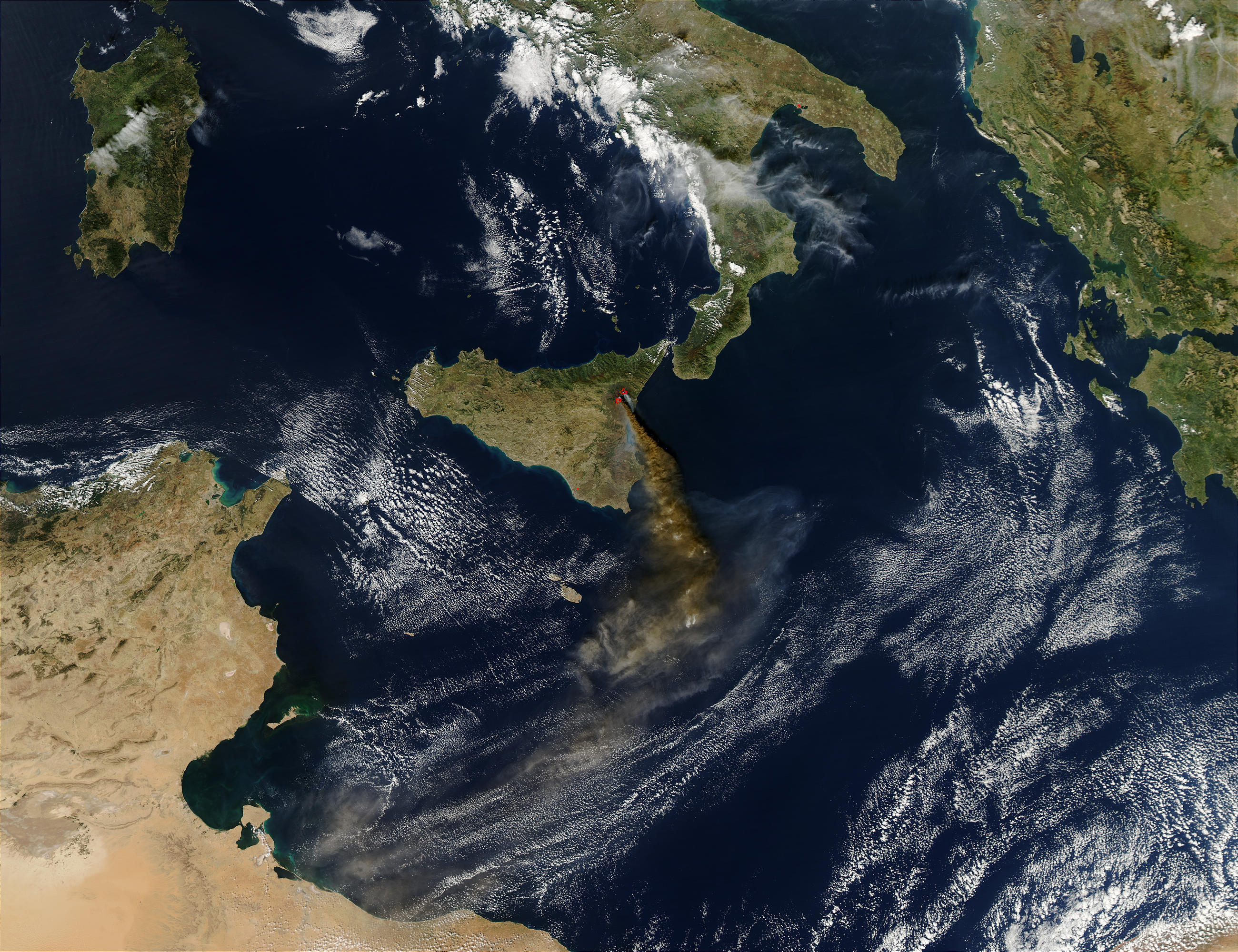 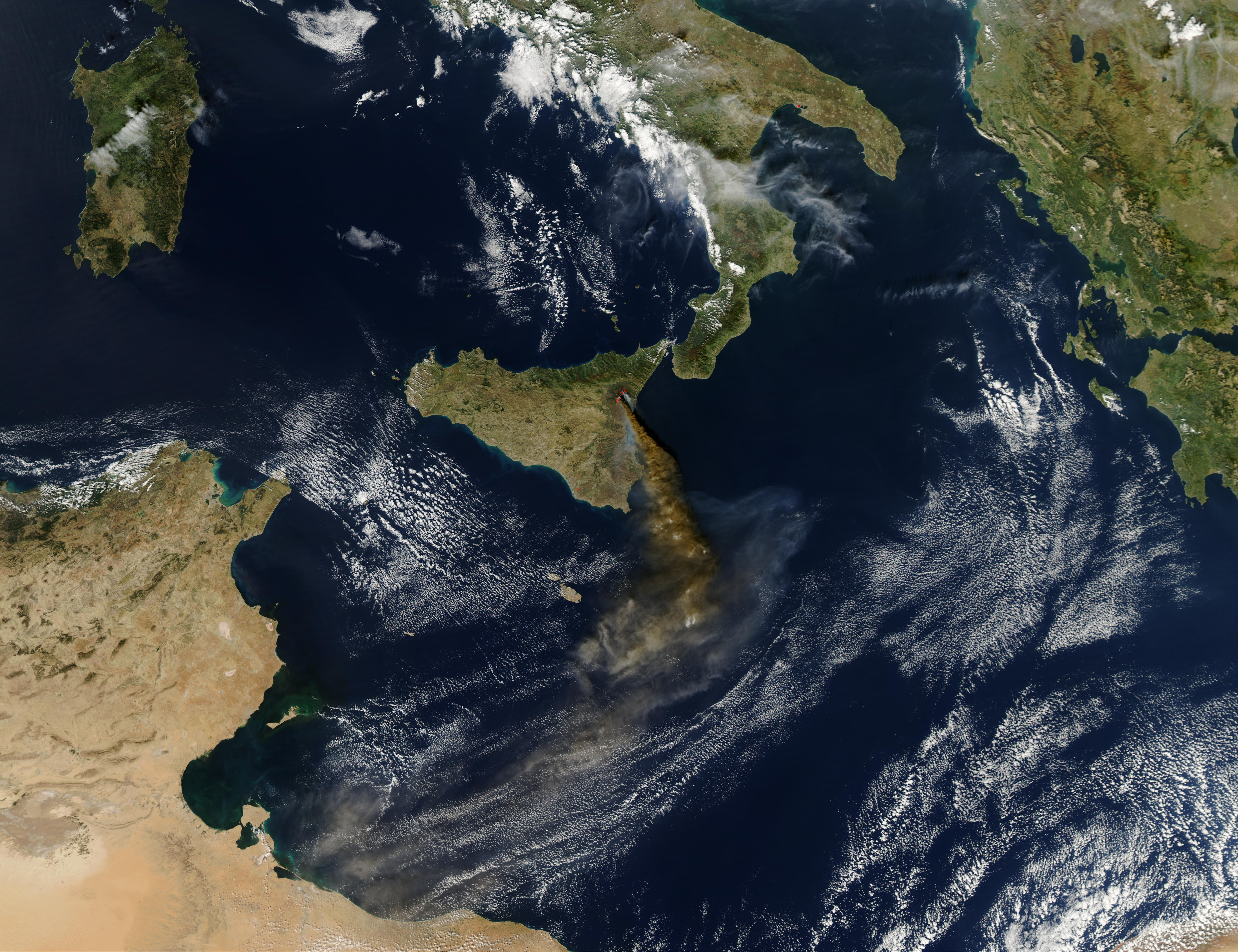 On October 28, 2002, the Moderate Resolution Imaging Spectroradiometer (MODIS) on NASA’s Aqua satellite captured this true-color image of the ongoing eruption of Europe’s largest and most active volcano, Mt. Etna, on the island of Sicily. The volcano’s thermal signature was detected by MODIS and is marked with a red dot. On the northern slopes of the volcano, the thermal signature detected could be a forest fire caused by the eruption. A dense plume of what is likely ash and smoke is streaming southward from the volcano and out over the Mediterranean Sea.

According to news reports, at least two lava flows were still streaming down the summit’s flanks as of Monday, October 28, but the flows had not come far enough down the mountain to affect any towns or villages. The lava did topple some ski resort facilities and power lines. Regional airports were closed when the ash and smoke decreased visibility to unsafe levels.

Etna is one of the most studied volcanoes on Earth, and just last summer, French scientists reported that Etna appeared to be undergoing a gradual shift from being a "hot spot" volcano, in which magma wells up from within the Earth, to an "island arc" volcano, in which magma is produced from the collision of tectonic plates. In keeping with that idea, this most recent eruption occurred after a series of hundreds of small earthquakes affected eastern Sicily. Unfortunately for area residents, the transition from a hot-spot volcano to a island-arc volcano signals the potential for greater danger, as the latter produces explosive, as opposed to oozing, eruptions.