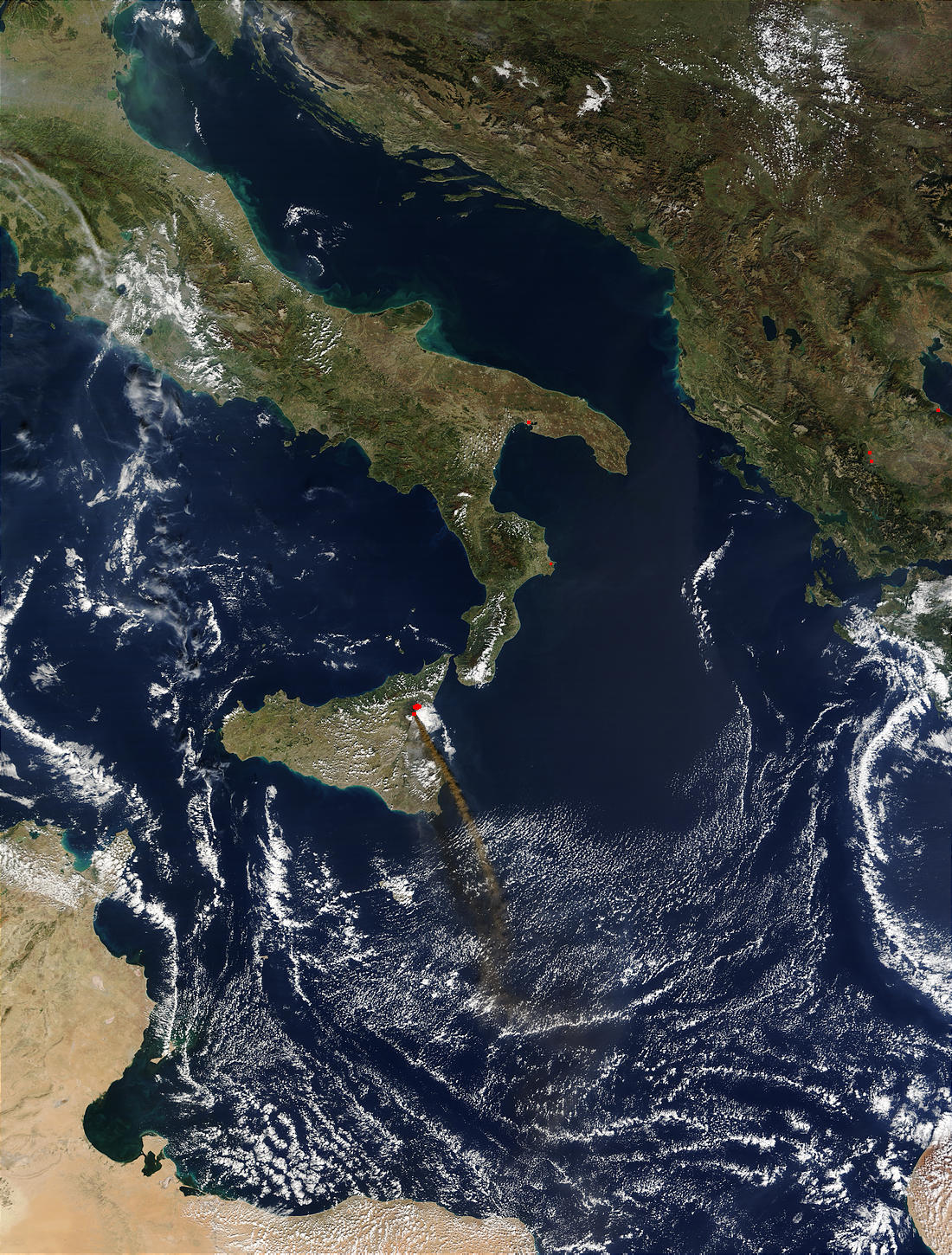 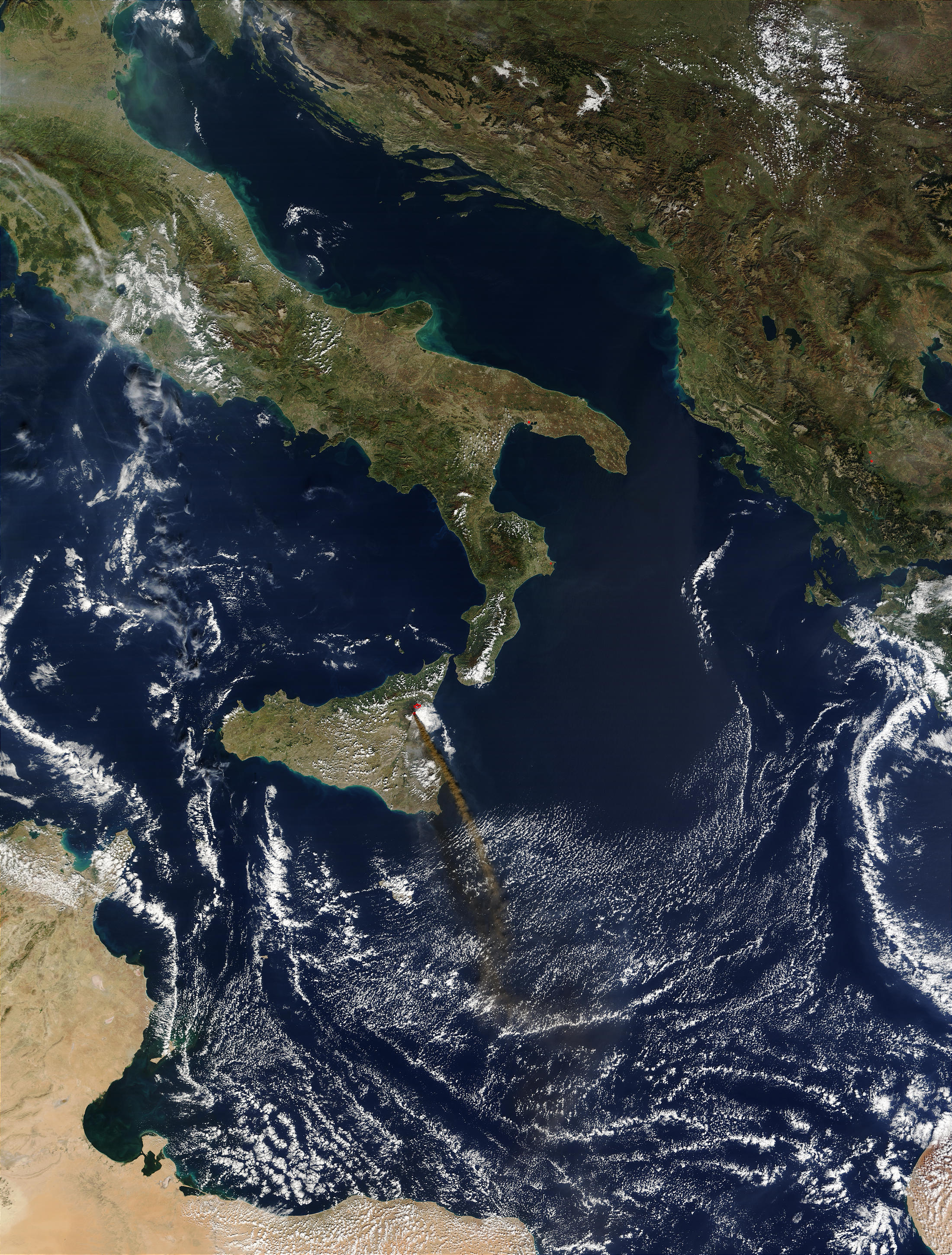 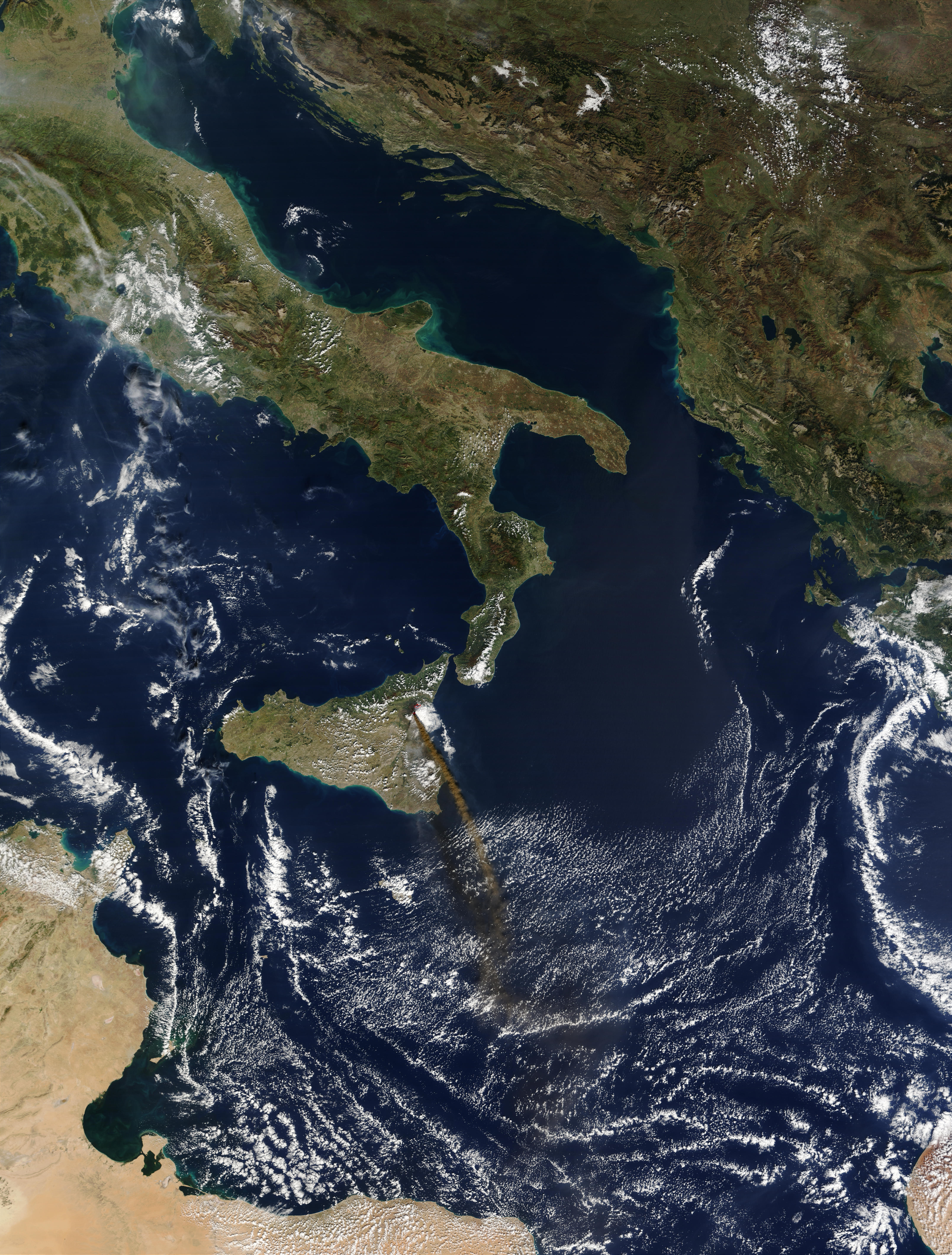 Sicily’s Mt. Etna continues to rumble and erupt, as earthquakes rock nearby villages and lava flows down the northern and southern flanks of the mountain itself. This true-color image of the ongoing eruption was captured by the Moderate Resolution Imaging Spectroradiometer (MODIS) on the Terra satellite on October 29, 2002. Two separate thermal anomaly signatures were detected by MODIS. A long plume of volcanic emissions streams out over the Mediterranean Sea from the southern “hot spot.” The thermal signature on the northern flank may be a combination of heat from a second lava flow as well as forest fires touched off by the eruption. Water-spraying helicopters and planes are trying to control the fires, which are burning in some of the island’s largest stretches of forest.

Although some hotels have been evacuated, schools have been closed, and the airport remains shut down, officials are still confident that none of the communities near the volcano are in real danger at this point.