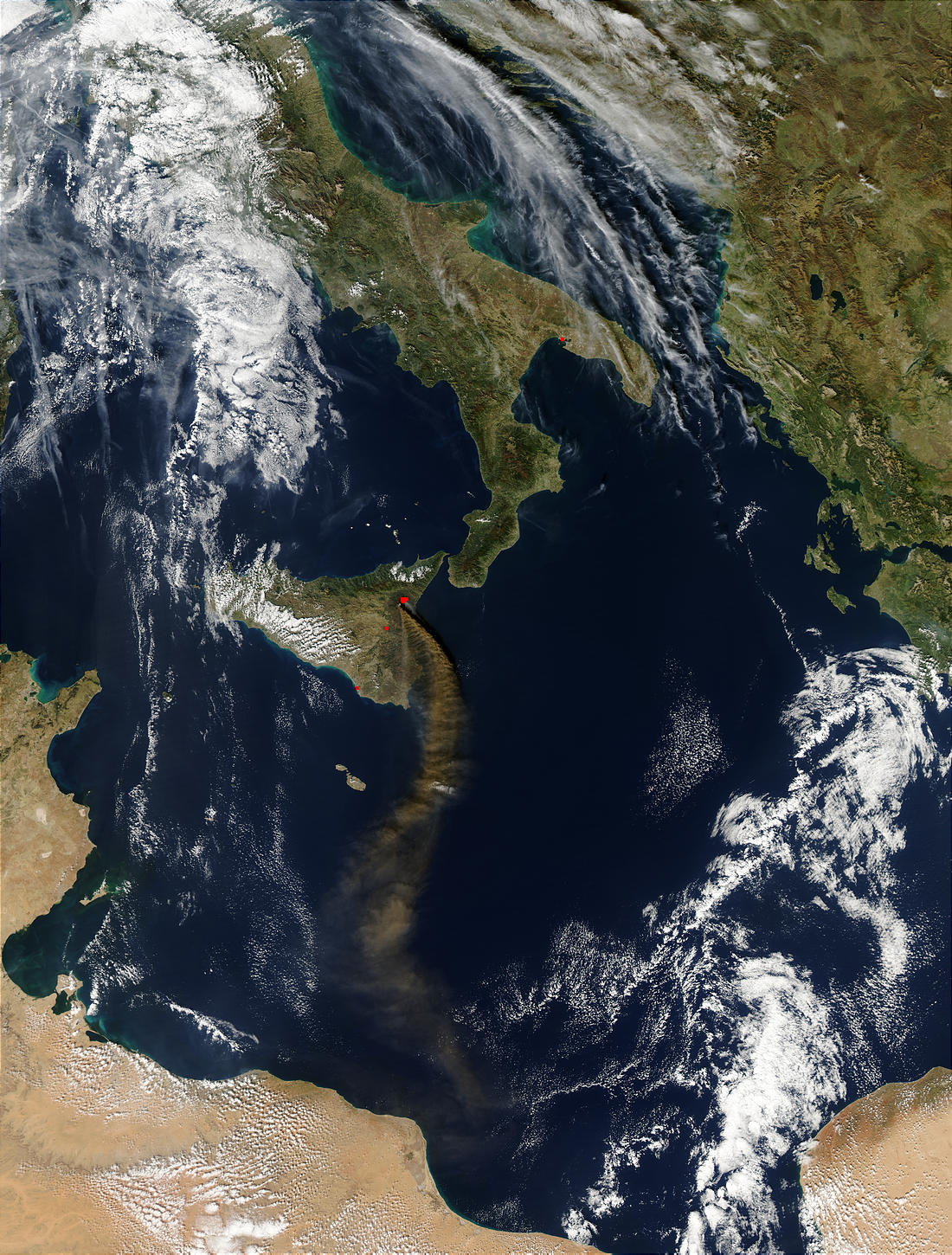 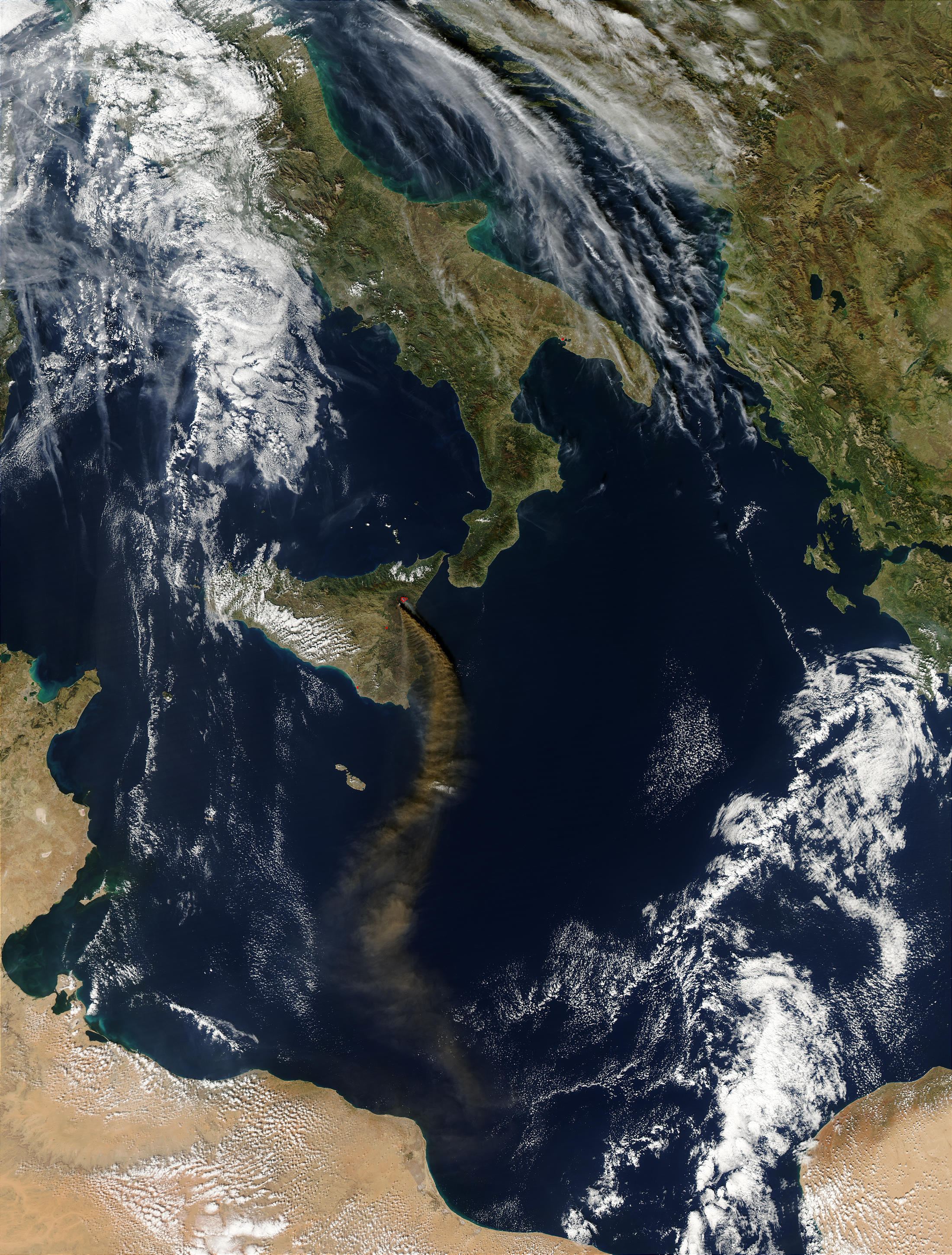 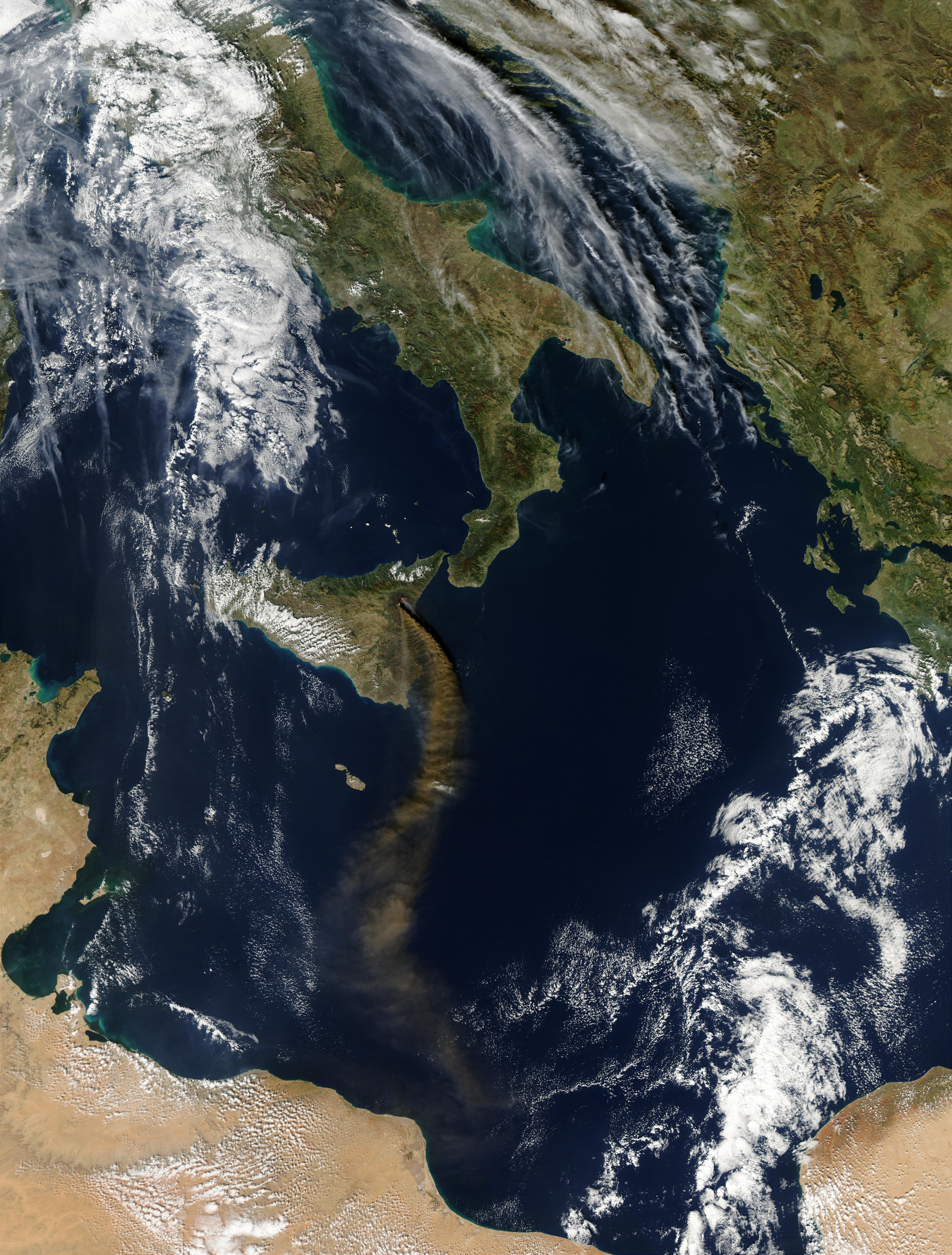 Sicily's Mt.Etna is erupting for the fourth straight day, and small earthquakes continue to rumble in the region, causing the evacuation of at least 1,000 people according to news reports. Reports indicate that lava flows are slowing, and no communities appear to be in danger, although tourist facilities farther up the mountain experienced some losses. This true-color image from the Moderate Resolution Imaging Spectroradiometer (MODIS) on the Aqua satellite shows the brown plume wafting from the volcano's interior and out over the Mediterranean Sea. Lava has been flowing down both the northern and southern flanks, and on the northern flank gave rise to forest fires, which have yet to be contained. This image was acquired on October 30, 2002.