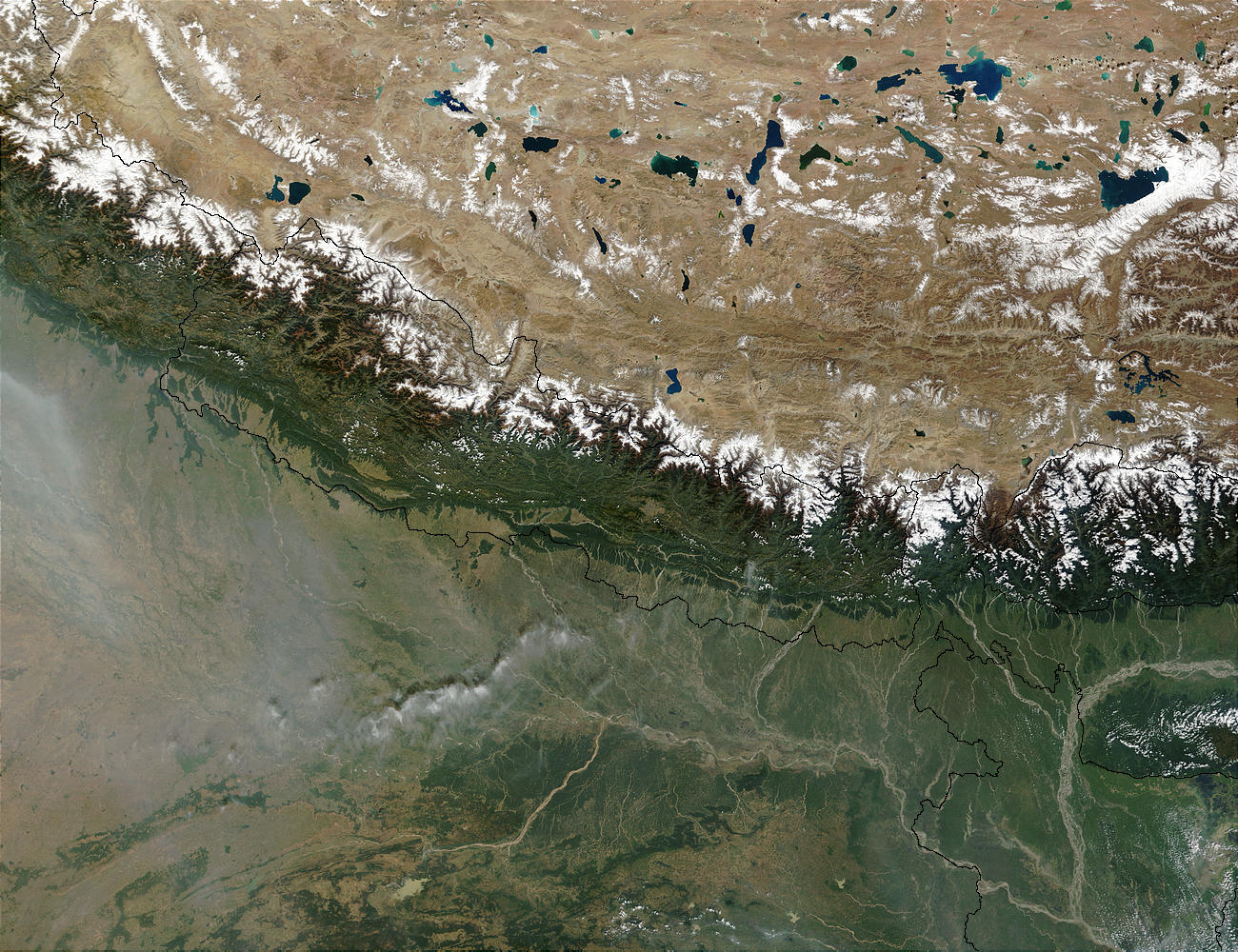 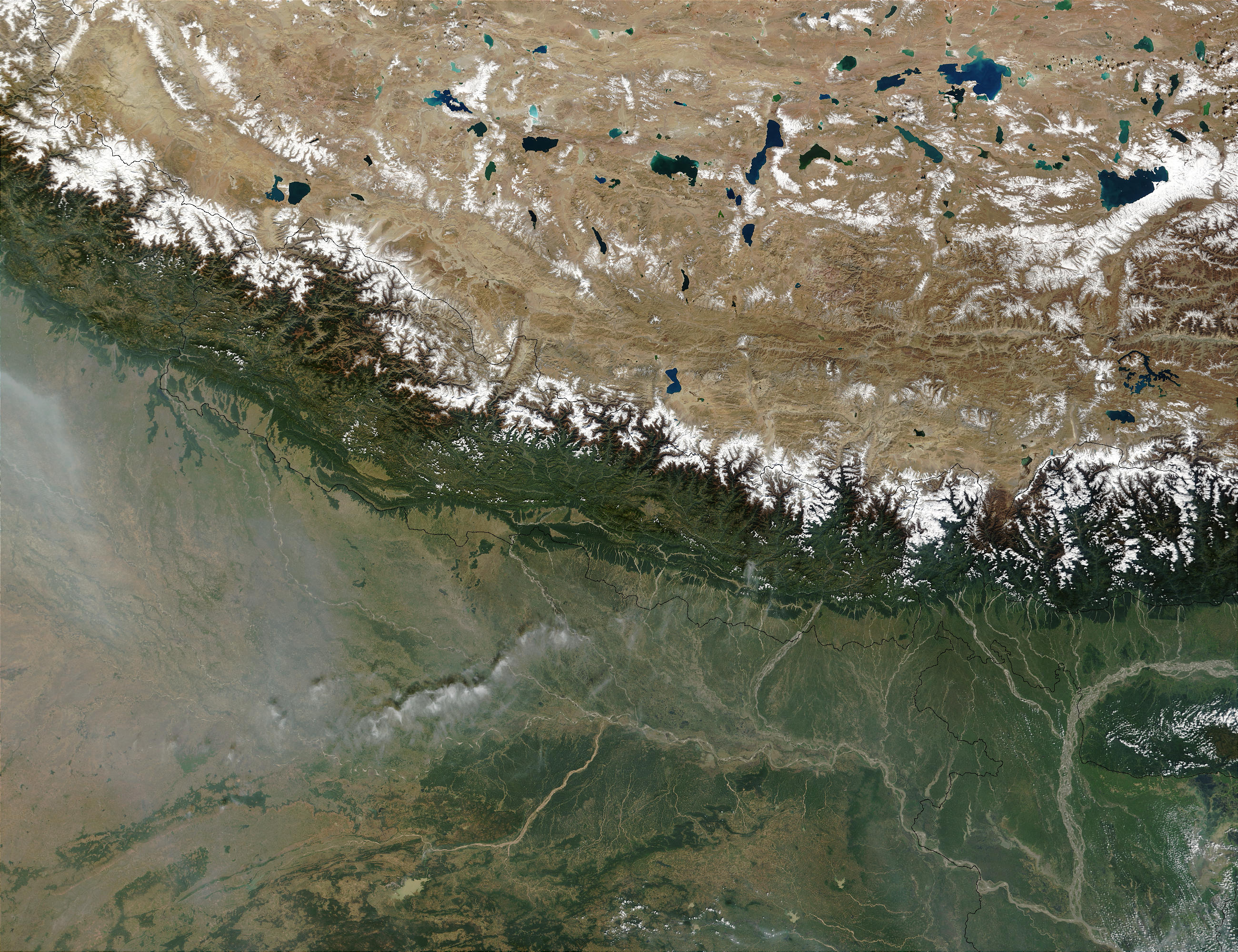 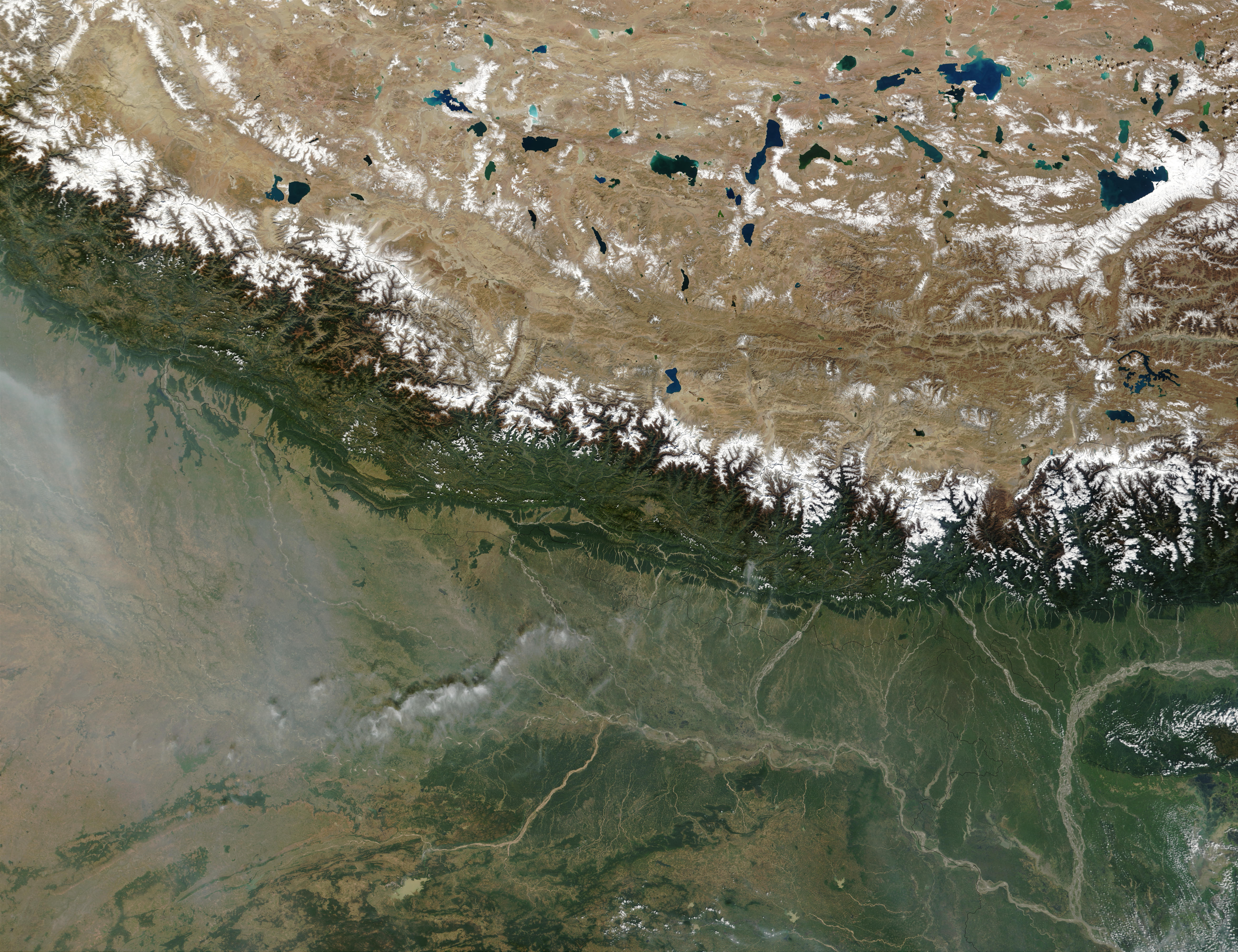 The Himalayan Mountain Range runs a curving path from west to east in this true-color Terra MODIS image from October 27, 2002. In this image, the Range separates southeastern China from India, and runs through (from left to right) northwestern India, Nepal, a small bit of northeastern India, and Bhutan.

In the top half of the image, a number of lakes glow like jewels scattered throughout southeastern China’s Plateau of Tibet. Many of the lakes show tinges of blue-green that likely indicate microscopic plant life. In the bottom half of the image, a number of major rivers flow to the southeast, eventually joining the Ganges and emptying into the Bay of Bengal (not shown). And in northern India, a gray haze of air pollution hangs over some of the most densely populated cities in the world.