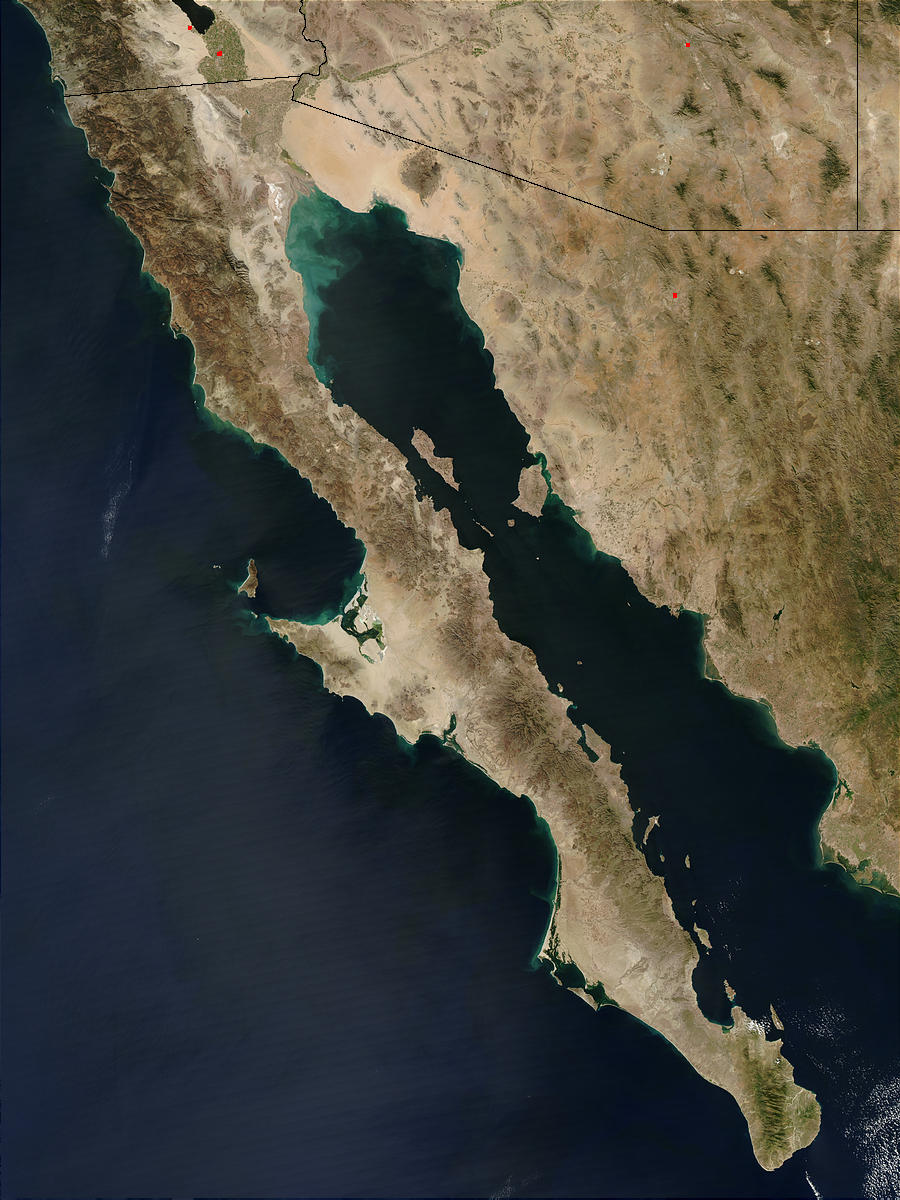 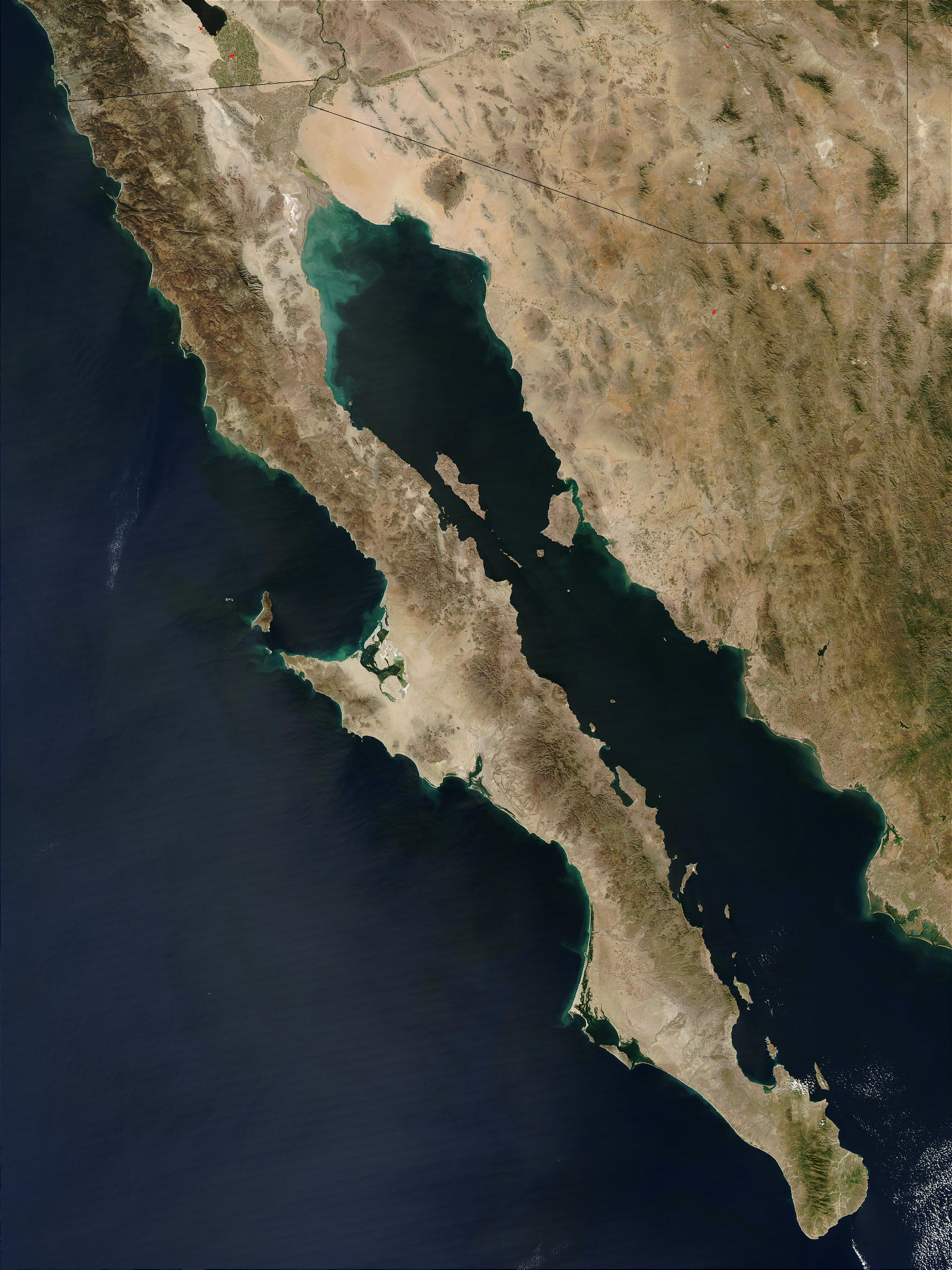 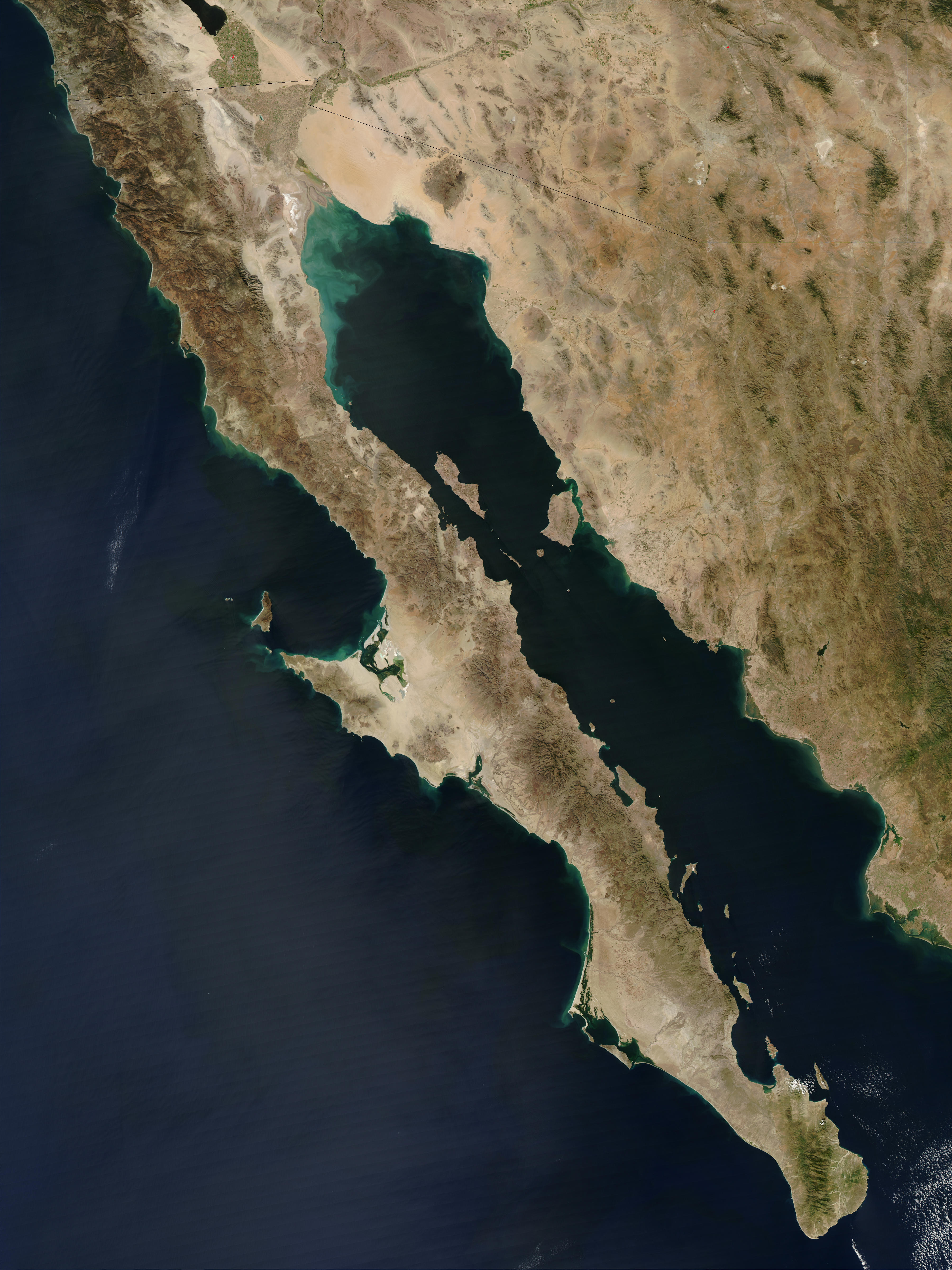 Rugged mountains that taper off as they run southward dominate the terrain of Mexico’s Baja California peninsula. The mountains are an extension of Califronia’s Coast Range. In the crux between Baja and mainland Mexico, the dried-up remains of the Colorado River Delta lie west of the Altar Desert. Less than one hundred years ago, the Colorado (which flows in from the north along the border of California (west) and Arizona (east) would have emptied into the Gulf of California here, but now so much of the river is diverted for farming and residential use that the river dries up before actually making it to the Gulf. Irrigation from the Salton Sea in California (upper left) supports farming (green area) in the desert; the lushness fades farther from the water source.

At the eastern end of the Altar Desert, a circular brownish-gray patch marks the location of lava left behind by hundreds of extinct volcanoes. Hallway down Baja, the Laguna Ojo de Liebre (Eye of the Jackrabbit Lagoon) dips into the peninsula. This lagoon is the world’s largest known gray whale nursery. This true-color image of the region was captured by the Moderate Resolution Imaging Spectroradiometer (MODIS) on the Terra satellite on November 11, 2002.