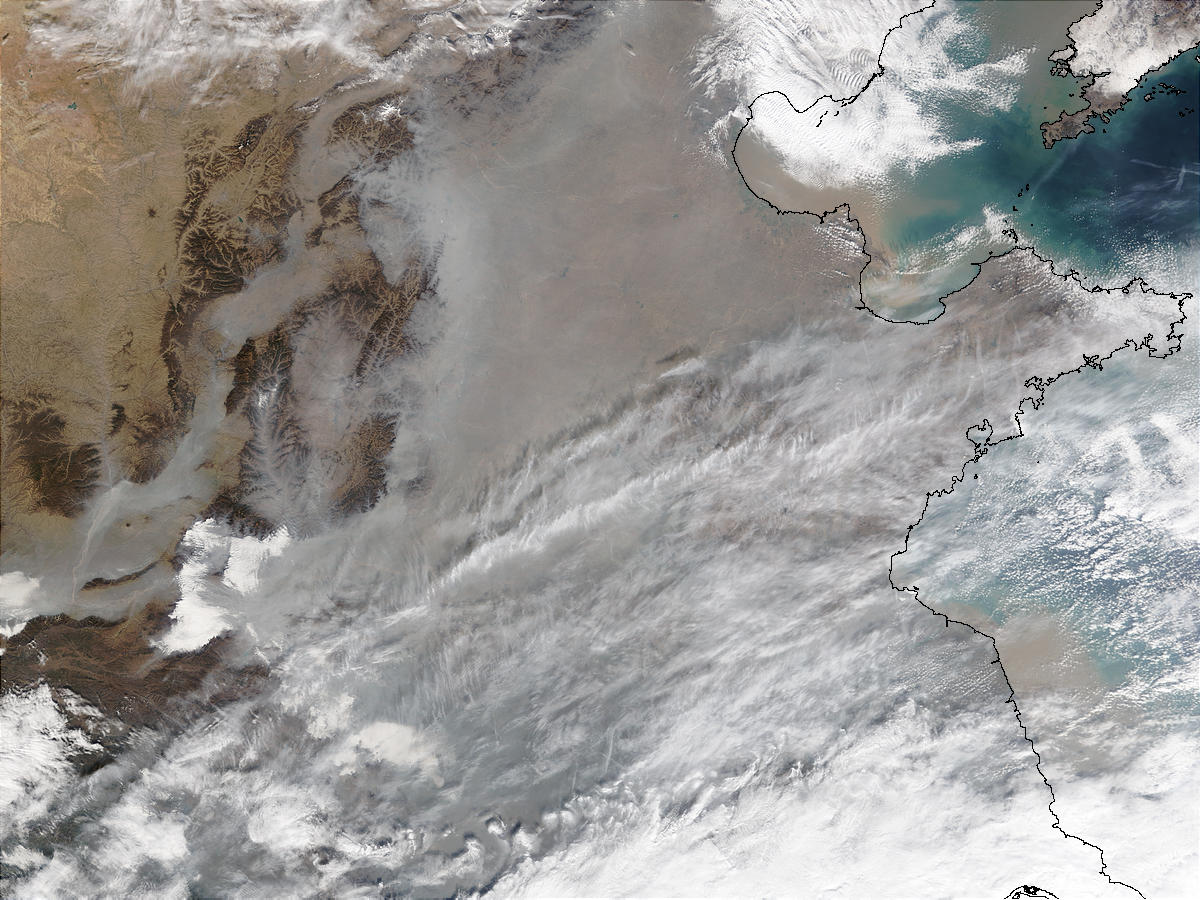 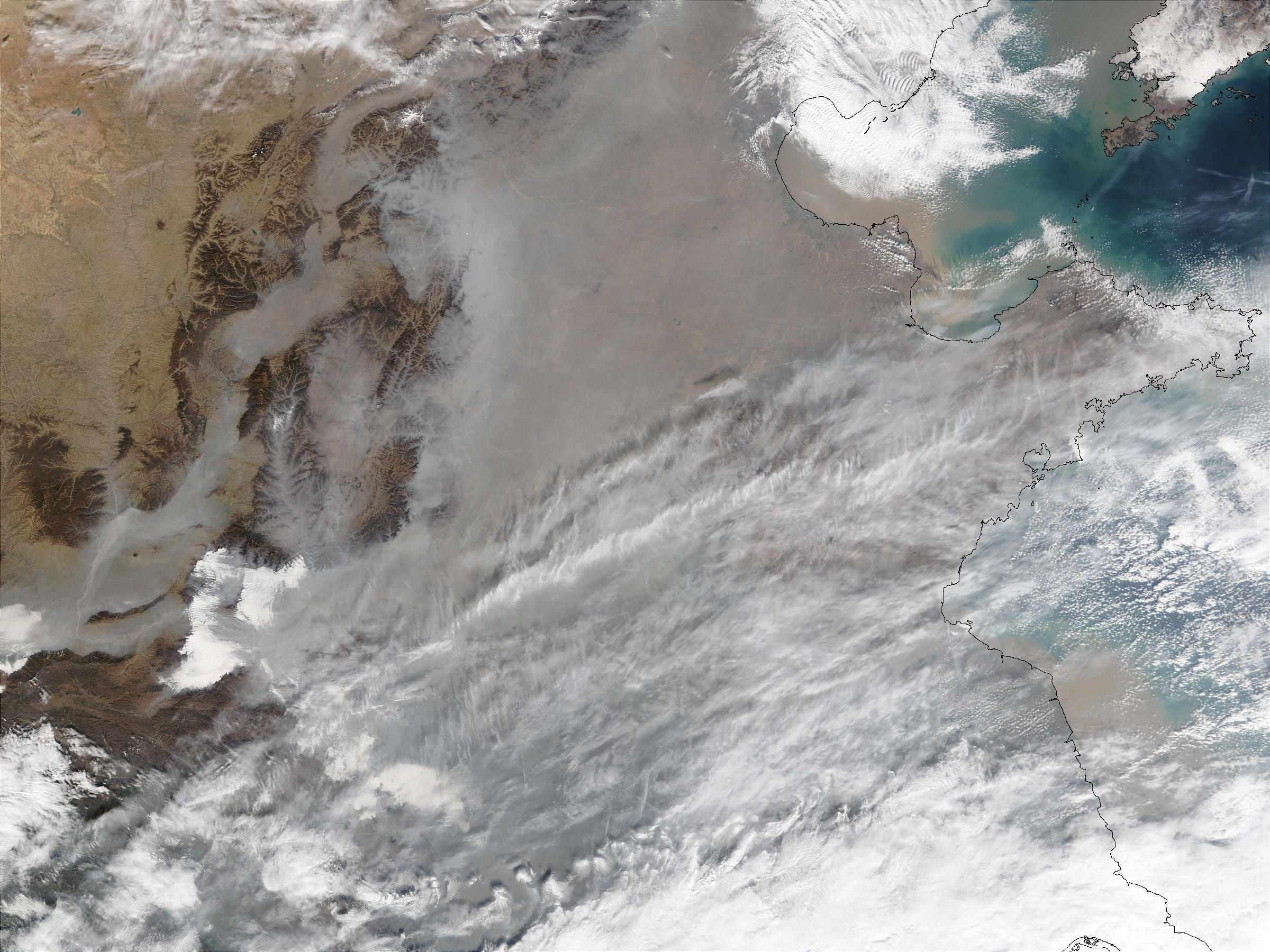 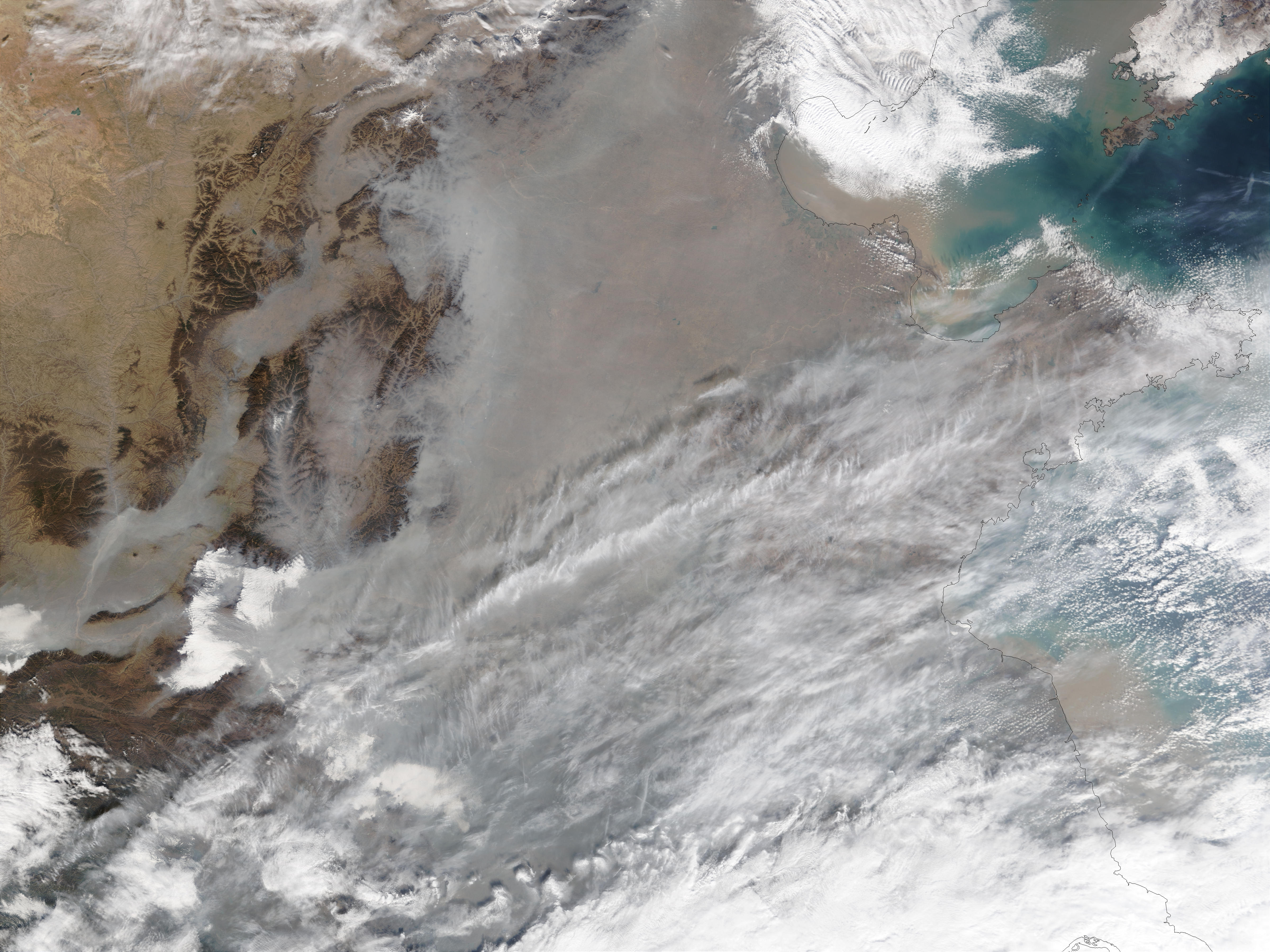 A thick pall of pollution covers eastern China in this true-color Terra MODIS image acquired November 21st, 2002. The pollution lies very close to the ground and tends to follow the terrain by collecting in valleys and low-lying areas while being hemmed in by mountains. The pollution is so thick in places that it completely obscures the ground and water beneath it. In contrast to the pollution are the bright white clouds that cover the lower right portion of the image.