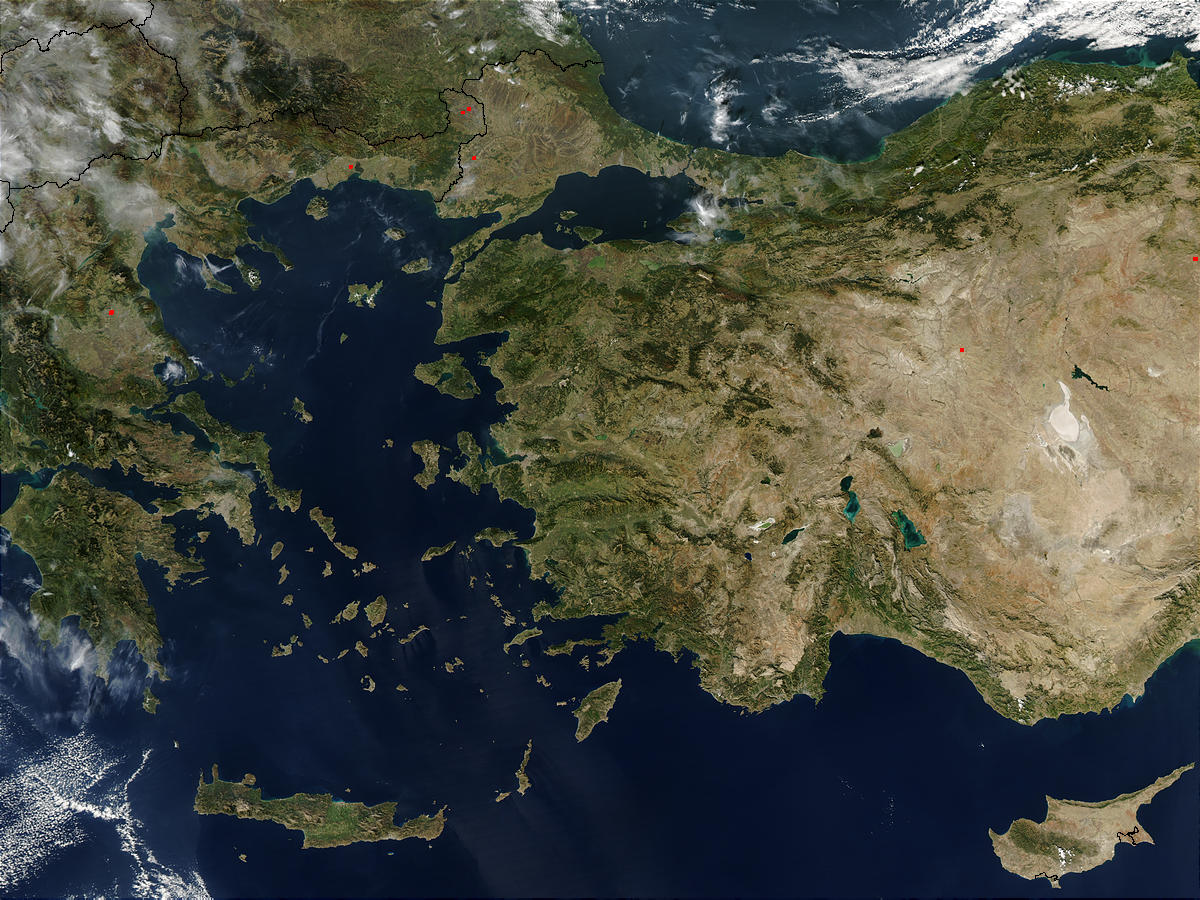 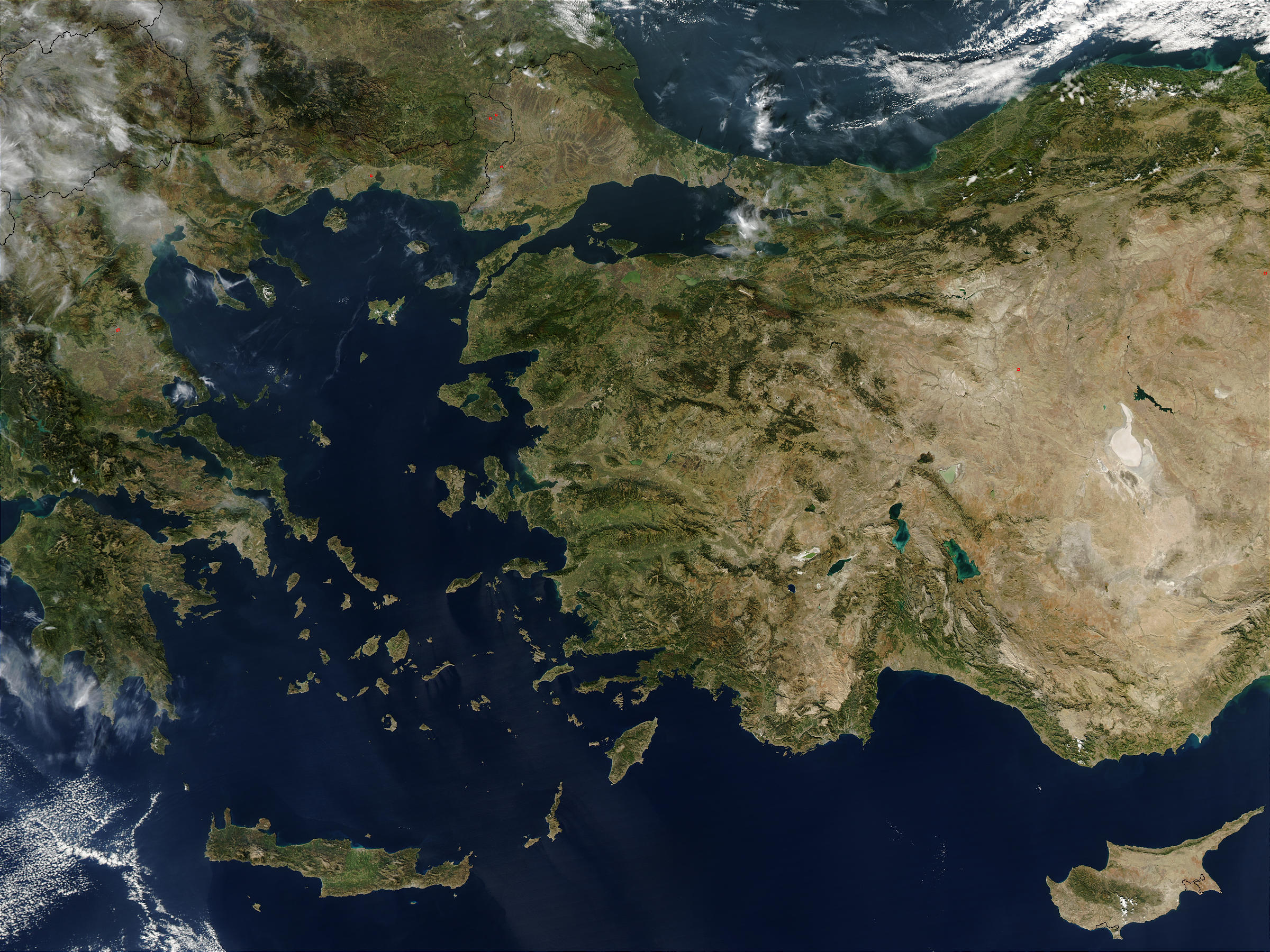 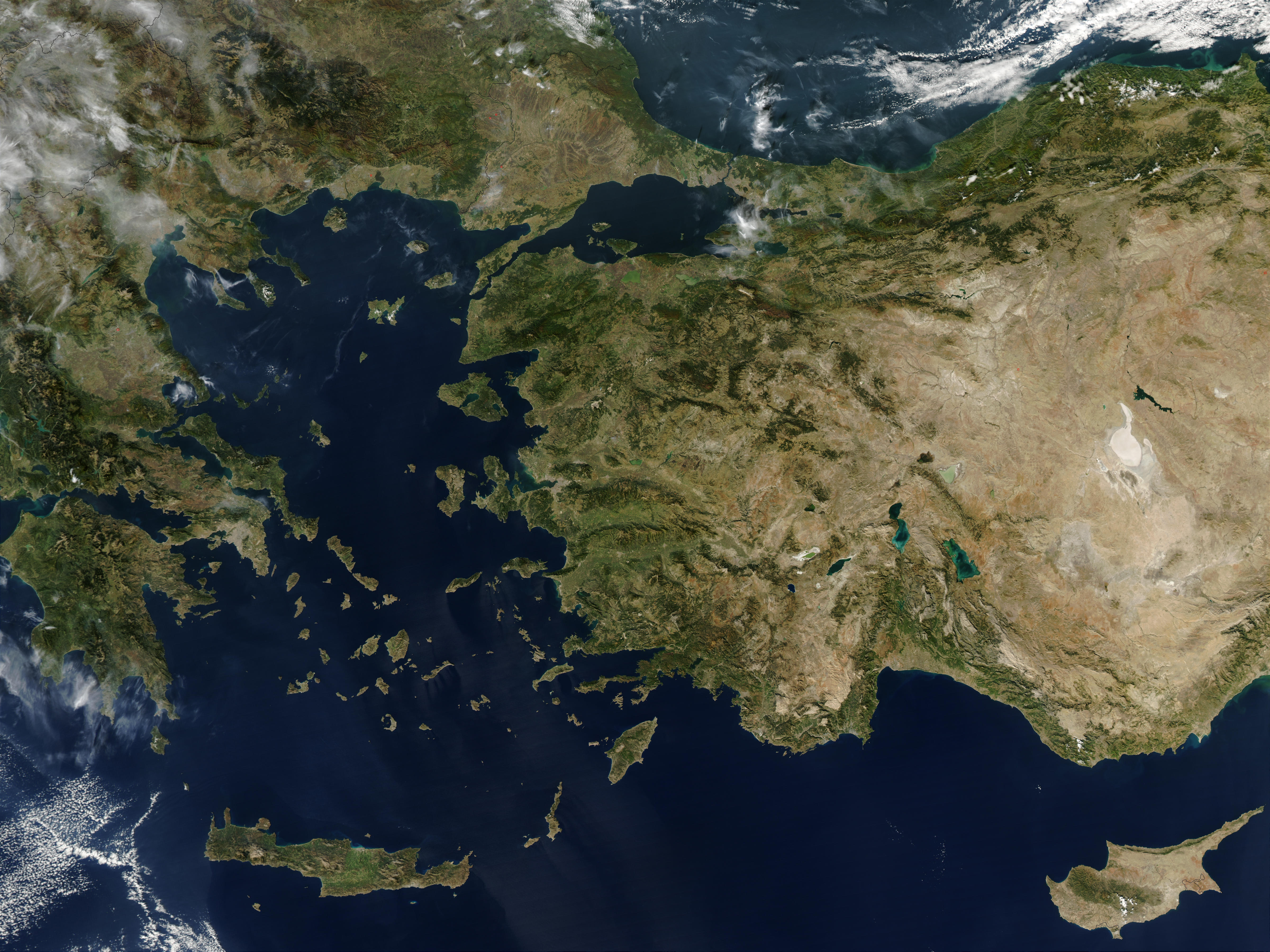 This series of images of Turkey and Greece were acquired by the Aqua and Terra MODIS instruments in the late fall of 2002. Greece is on the left, while Turkey is on the right, and in between the two is the Aegean Sea. To the south is the Mediterranean Sea, and the long island marking the border between the Adriatic and the Mediterranean is Crete. At the upper right corner is the Black Sea, and south of Turkey is the island-nation of Cyprus.