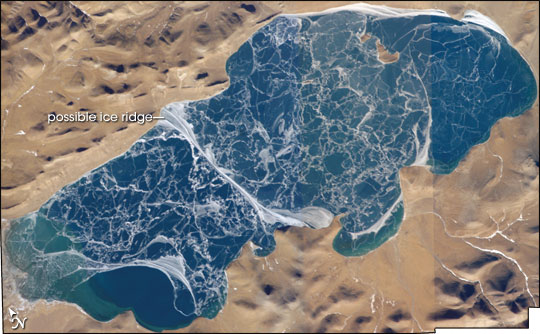 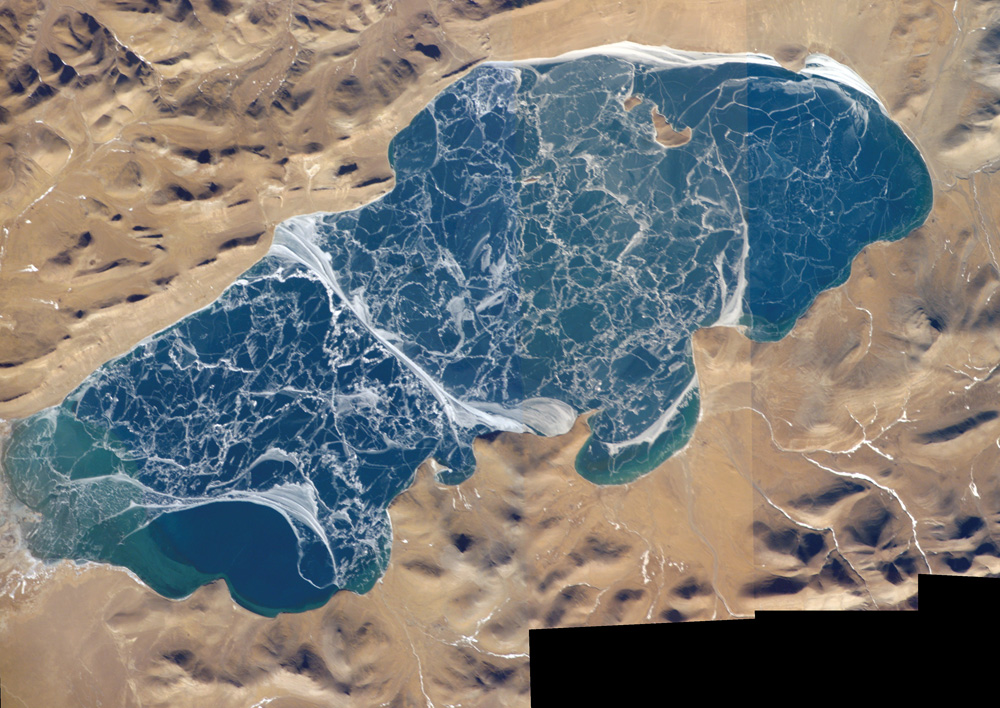 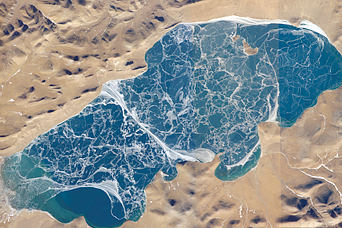 The alpine lakes of the Tibetan Plateau are some of the most remote in the world. This mosaic of astronaut photographs, taken along a single International Space Station orbit track, depicts Lake Puma Yumco during the winter season. The lake is located at an elevation of 5,030 meters above sea level (16,503 feet), and is considered ultraoligotrophic, meaning that nutrient concentrations in both the water column and lake sediments are extremely low. Water in such lakes tends to be blue to blue-green and to have high clarity due to low levels of photosynthesizing organisms such as phytoplankton. Color change in these lakes is usually due to shallowing of the water—blue indicating deeper water. A depth transition is visible along the west-southwest shoreline of Lake Puma Yumco at the lower left of image. The most striking feature of the image mosaic, however, is the intricate ice block pattern on the lake surface.

Astronaut photographs ISS012-E-14618, 14619, 14620, and 14621 were acquired January 6, 2006, with a Kodak 760C digital camera using a 400 mm lens, and are provided by the ISS Crew Earth Observations experiment and the Image Science & Analysis Group, Johnson Space Center. The images comprising the mosaic in this article have been cropped, contrast enhanced, and co-registered. The International Space Station Program supports the laboratory to help astronauts take pictures of Earth that will be of the greatest value to scientists and the public, and to make those images freely available on the Internet. Additional images taken by astronauts and cosmonauts can be viewed at the NASA/JSC Gateway to Astronaut Photography of Earth.