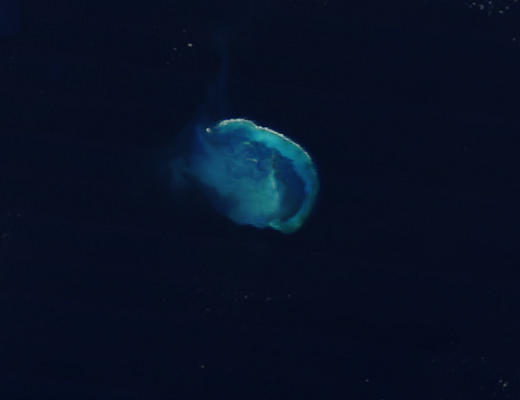 Mostly submerged beneath the ocean surface, the remote Tern Island shows as a thin strip of white against the shallow turquoise and deeper black waters of the Pacific Ocean. Tern Island is a large coral reef atoll that is part of the western Hawaiian chain of islands called the French Frigate Shoals. Sitting about 500 miles northwest of Honolulu (Oahu Island), Tern Island is within the Hawaiian National Wildlife Refuge, and as such is a protected home many species of wildlife, including the Hawaiian Monk Seal and the Green Sea Turtle.