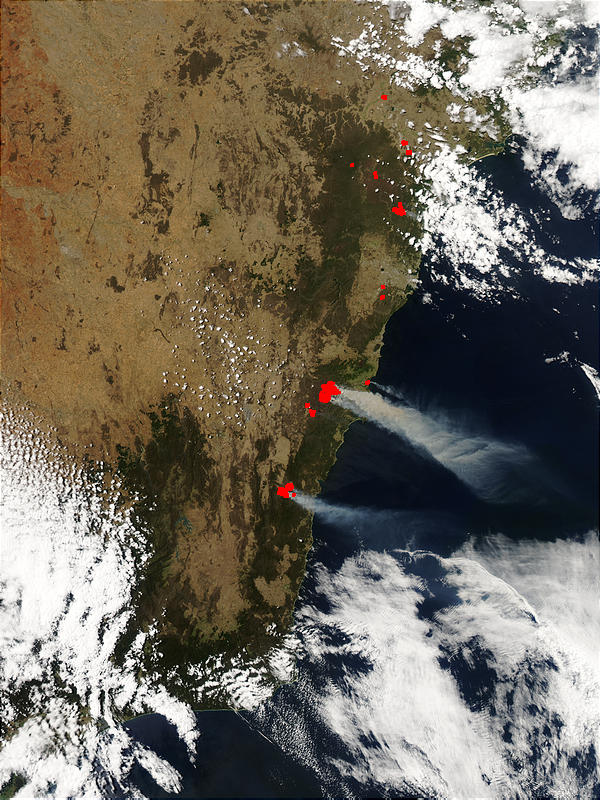 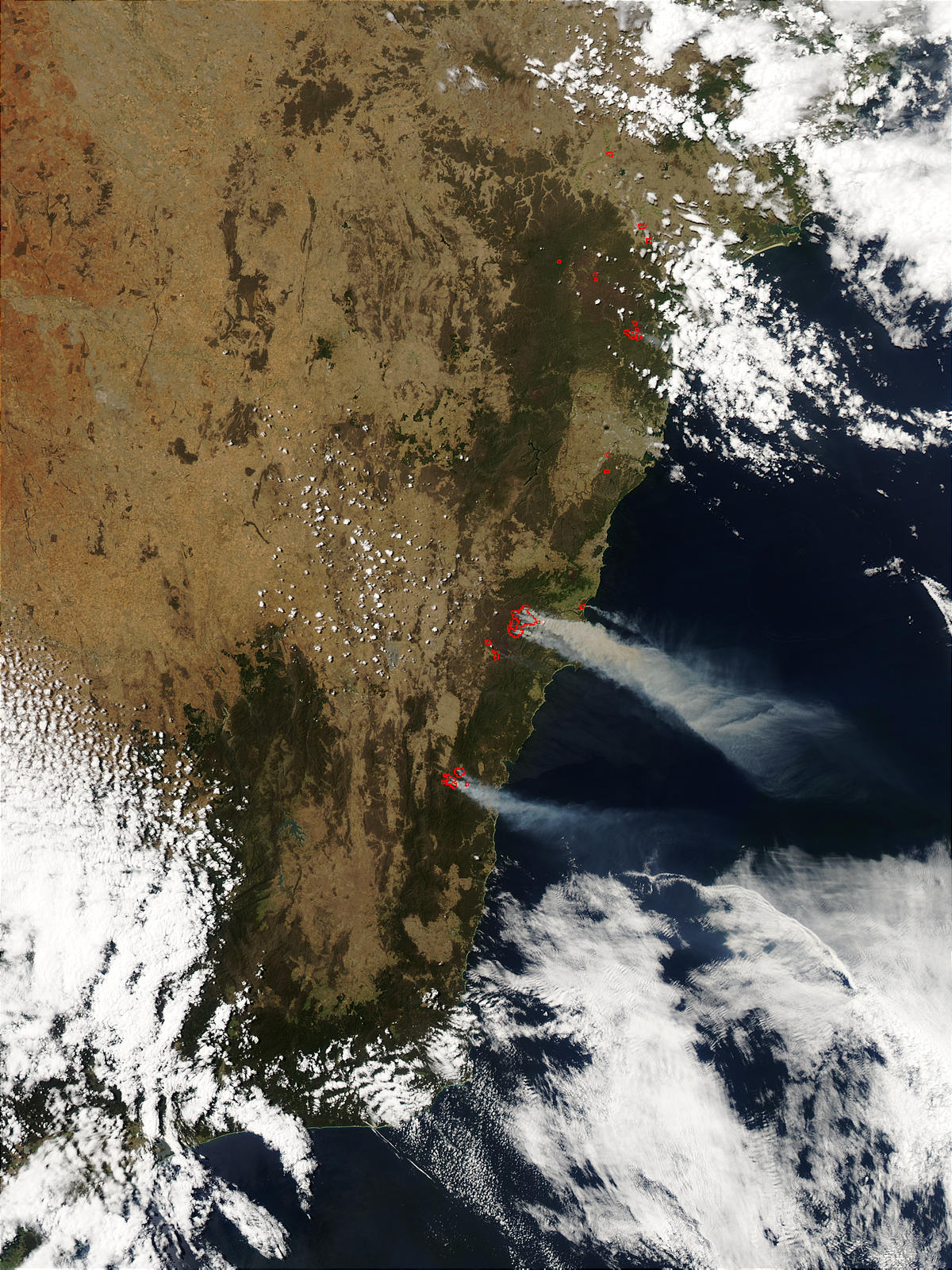 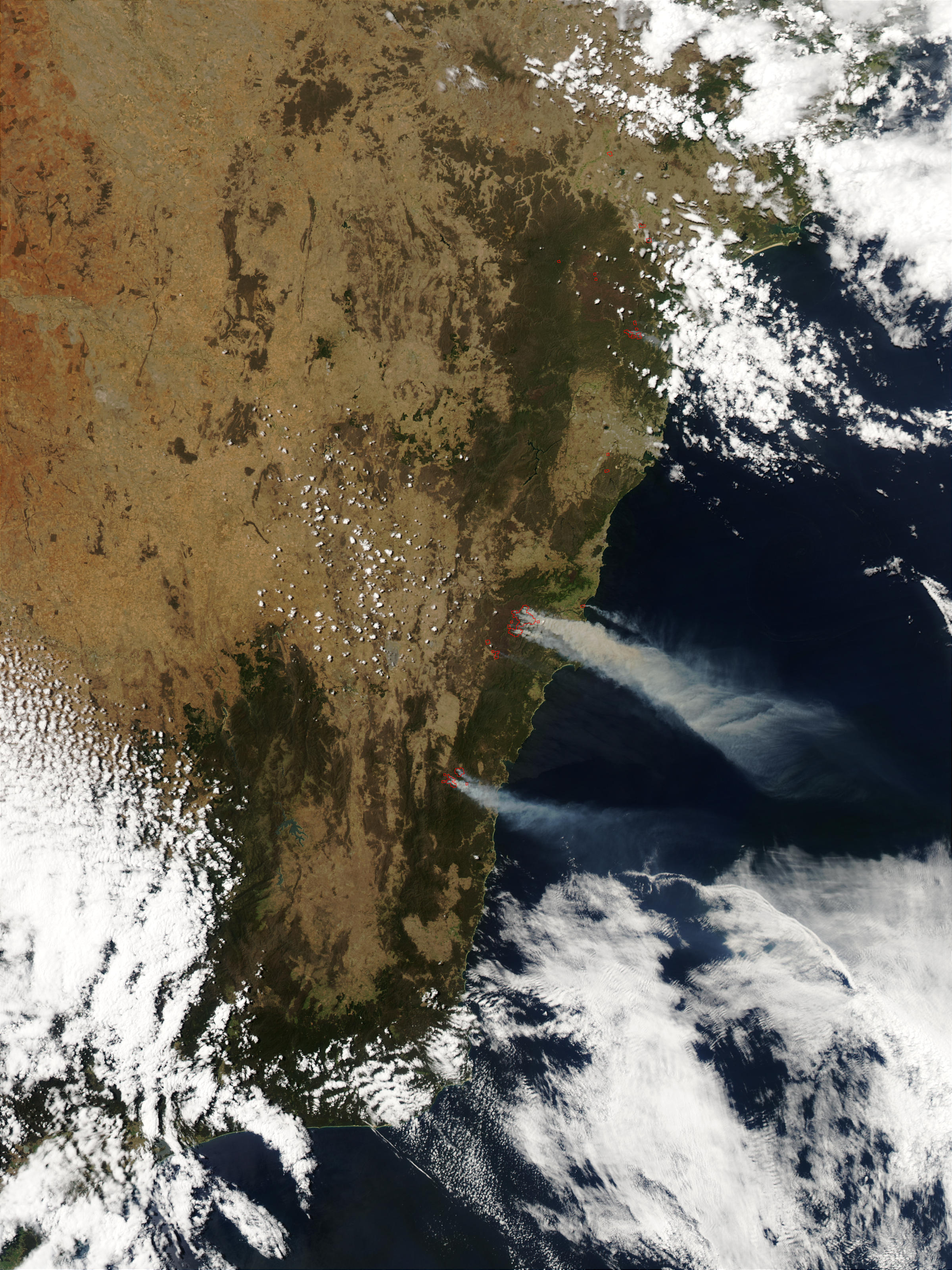 New South Wales, Australia, has been experiencing severe drought in late 2002. Crops have suffered, and wildfire danger is extreme. In southeast New South Wales, multiple large wildfires are burning both north and south of Sydney, which can be seen roughly in the center of the image. Throughout the territory, people have been evacuated from their homes or have been urged to remain indoors and watchful. This true-color Moderate Resolution Imaging Spectroradiometer (MODIS) was captured by the Aqua satellite on December 4, 2002, and shows active fires marked with red outlines. In the southern part of the image, large plumes of grayish-brown smoke waft out over the Tasman Sea.