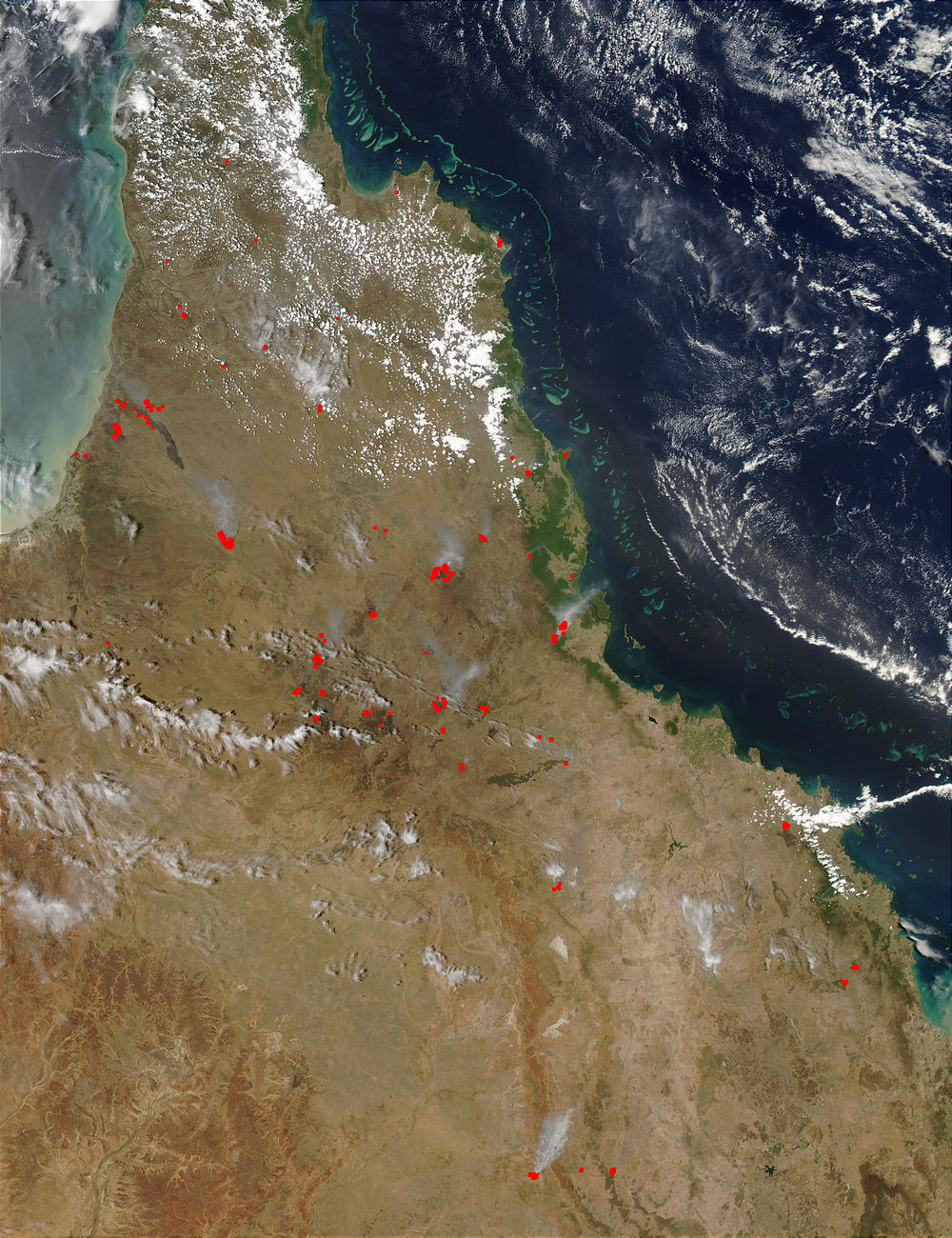 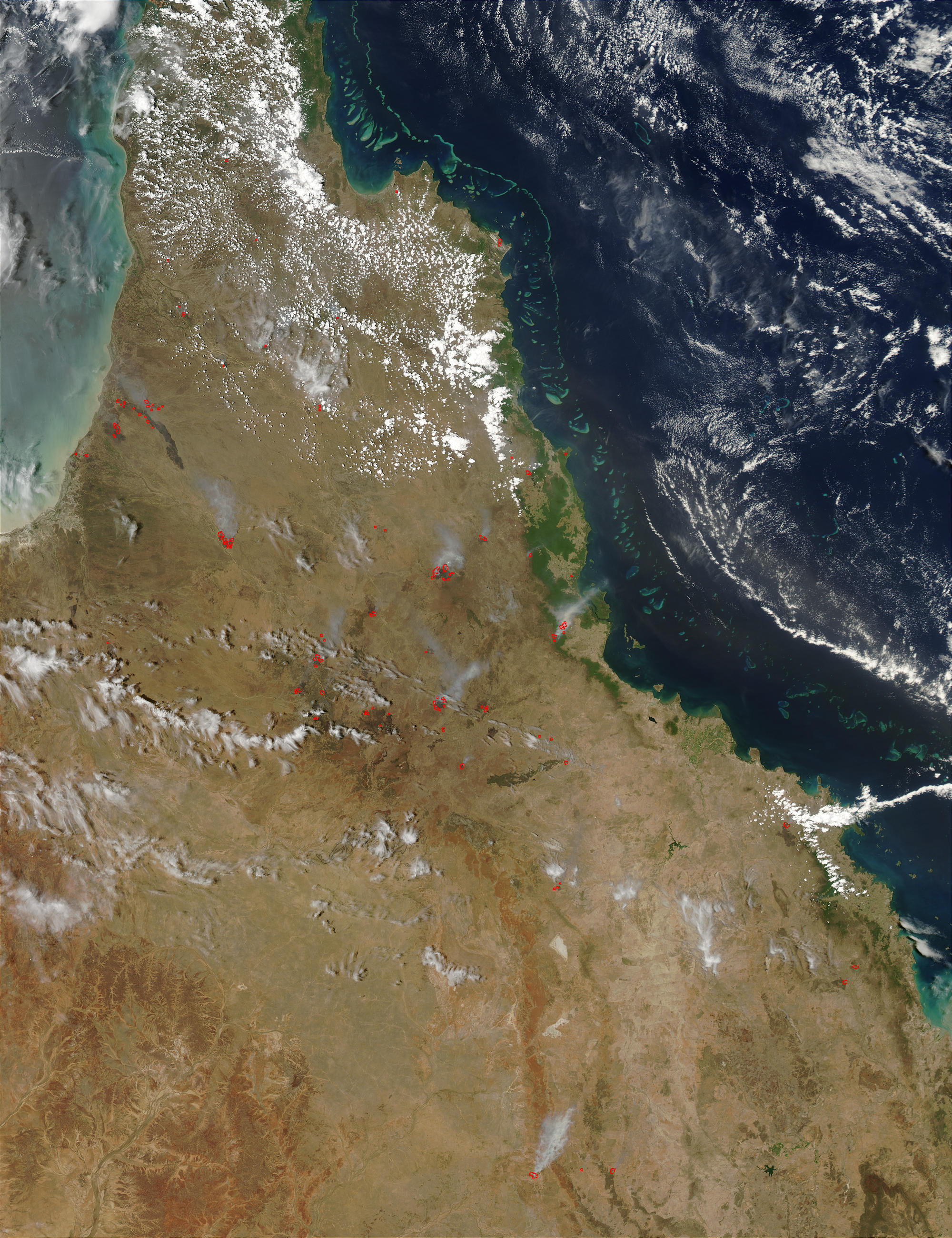 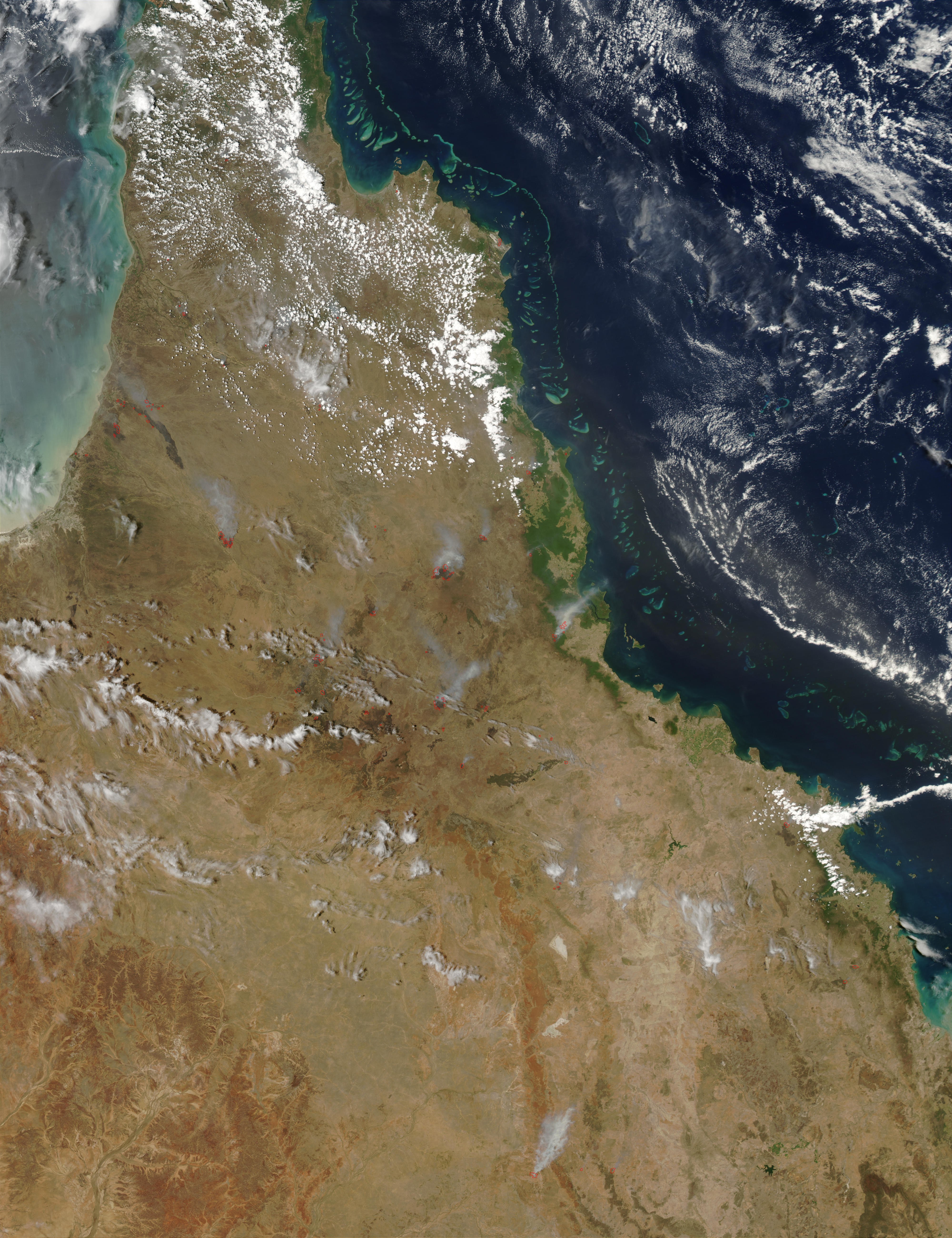 On the Cape York Peninsula in Queensland, Australia, numerous active fires (red dots) continue to blacken the landscape. A long, fierce drought, likely brought on by El Niño, has been devastating the region for months. A return to normal rainfall patterns is expected early in 2003. This true-color image was acquired by the Moderate Resolution Imaging Spectroradiometer (MODIS) on the Aqua satellite on December 12, 2002.