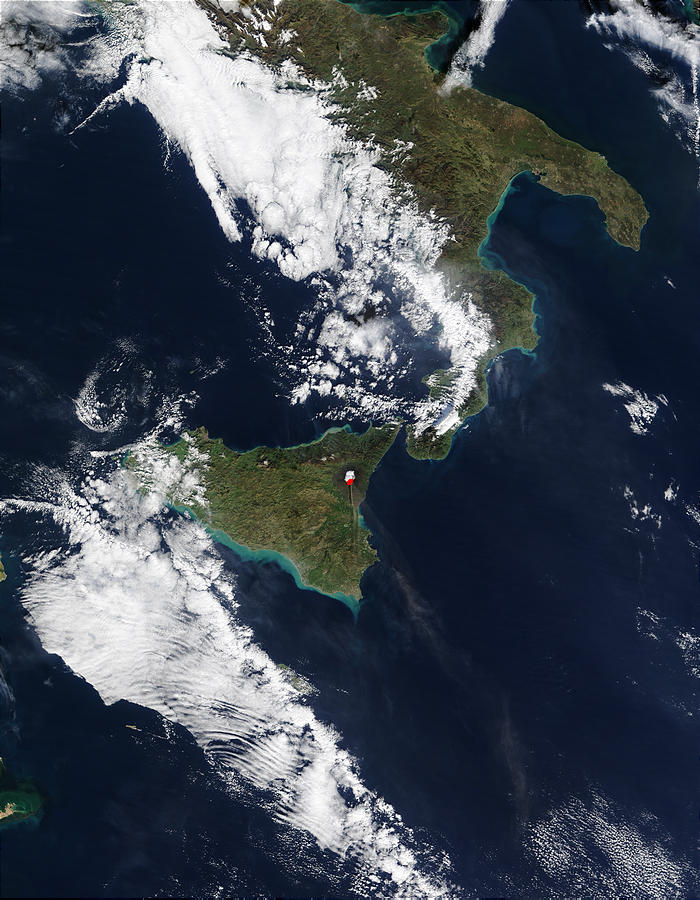 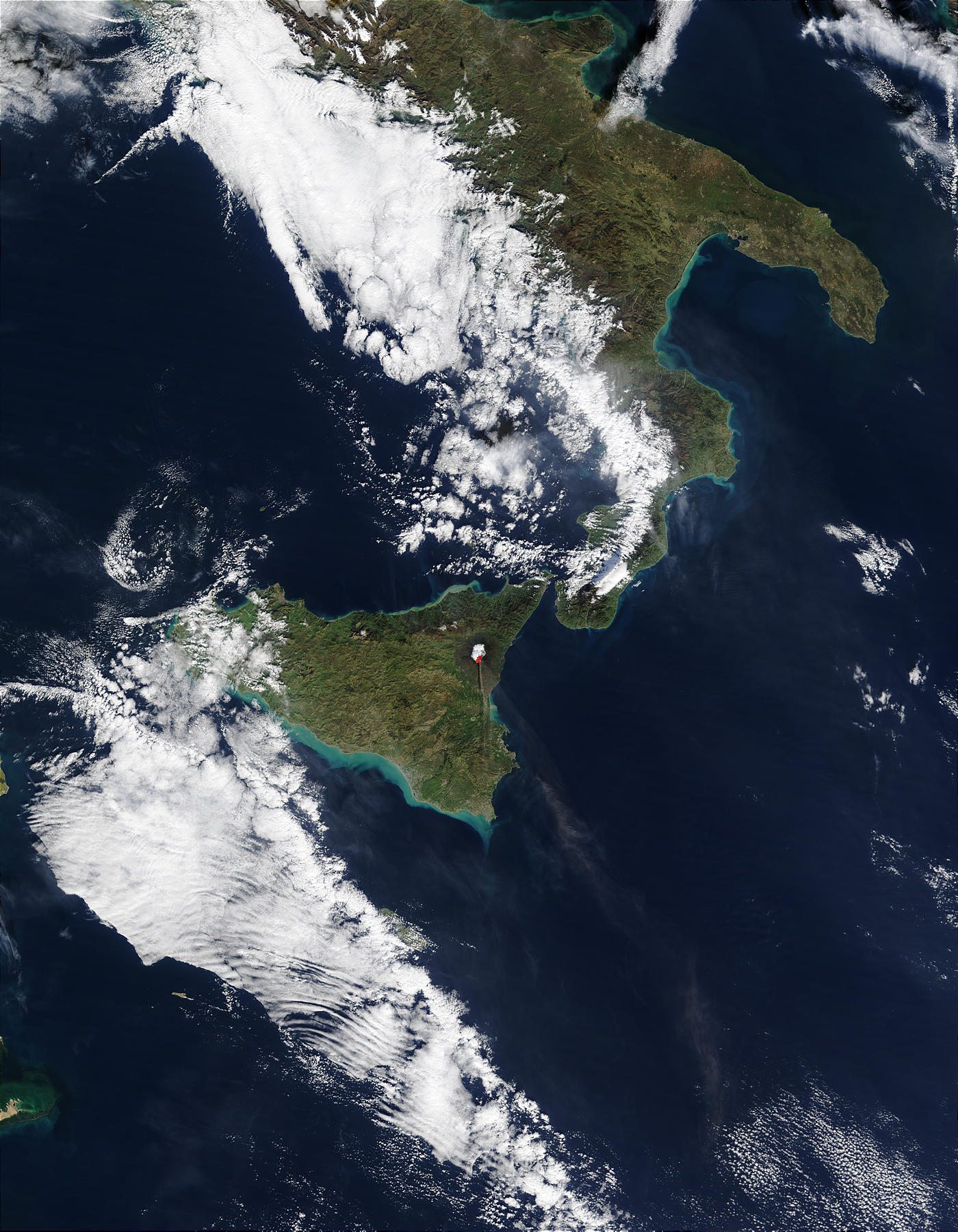 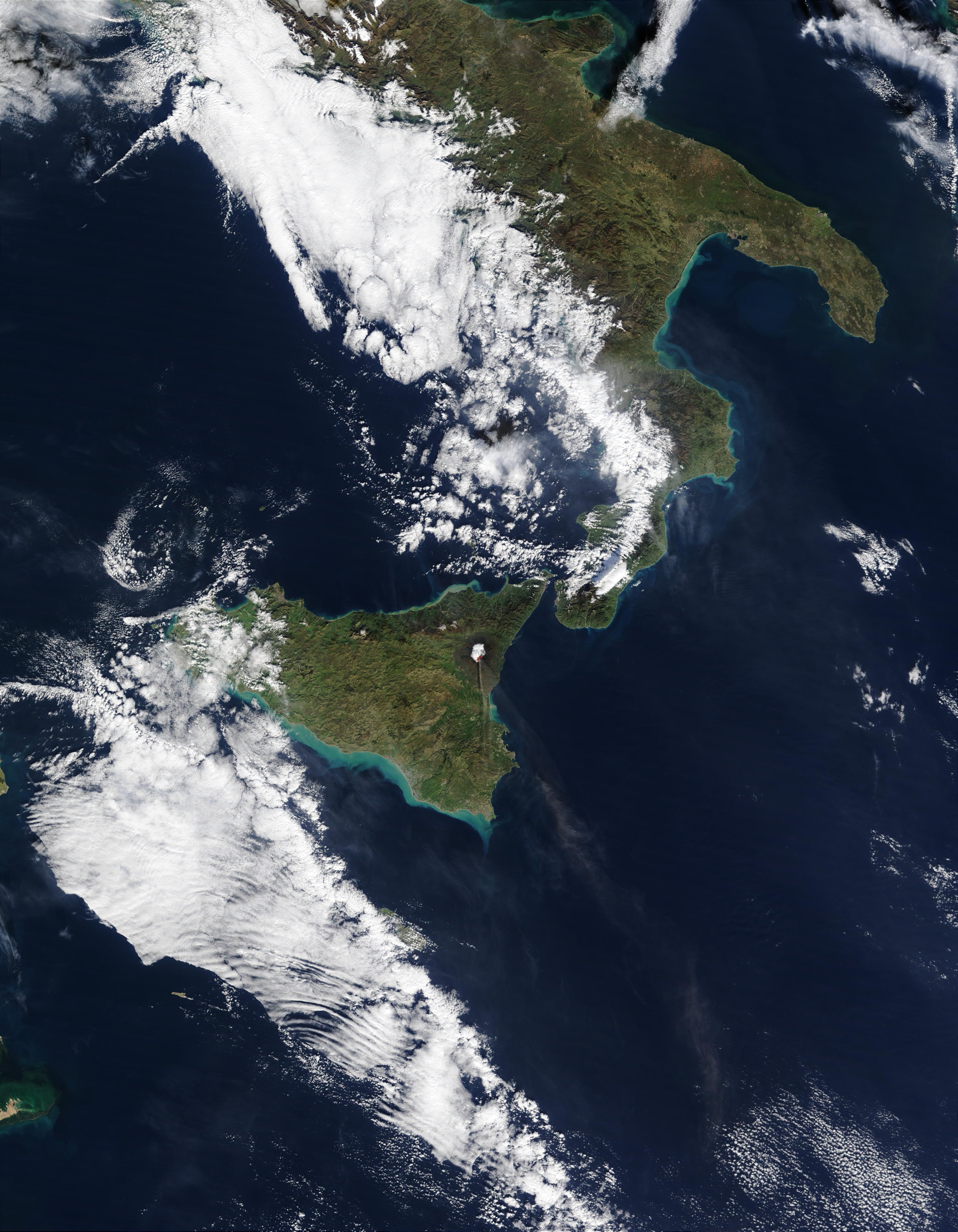 On December 30, 2002, Sicily’s Mt. Etna continued to produce an ash plume visible from space. This image of the brownish plume streaming southward from the volcano and a thermal signature (red outline) was captured by the Moderate Resolution Imaging Spectroradiometer (MODIS) on theTerra satellite. This most recent eruption of Etna began October 27, 2002, and has continued for the past two months.

There is considerable haze north of Sicily and blowing toward Italy’s mainland. This haze is quite possibly smoke and ash from the currently erupting Stromboli volcano, obscured by clouds in this scene.