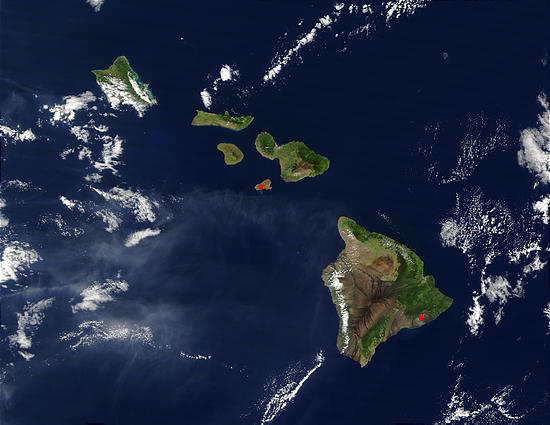 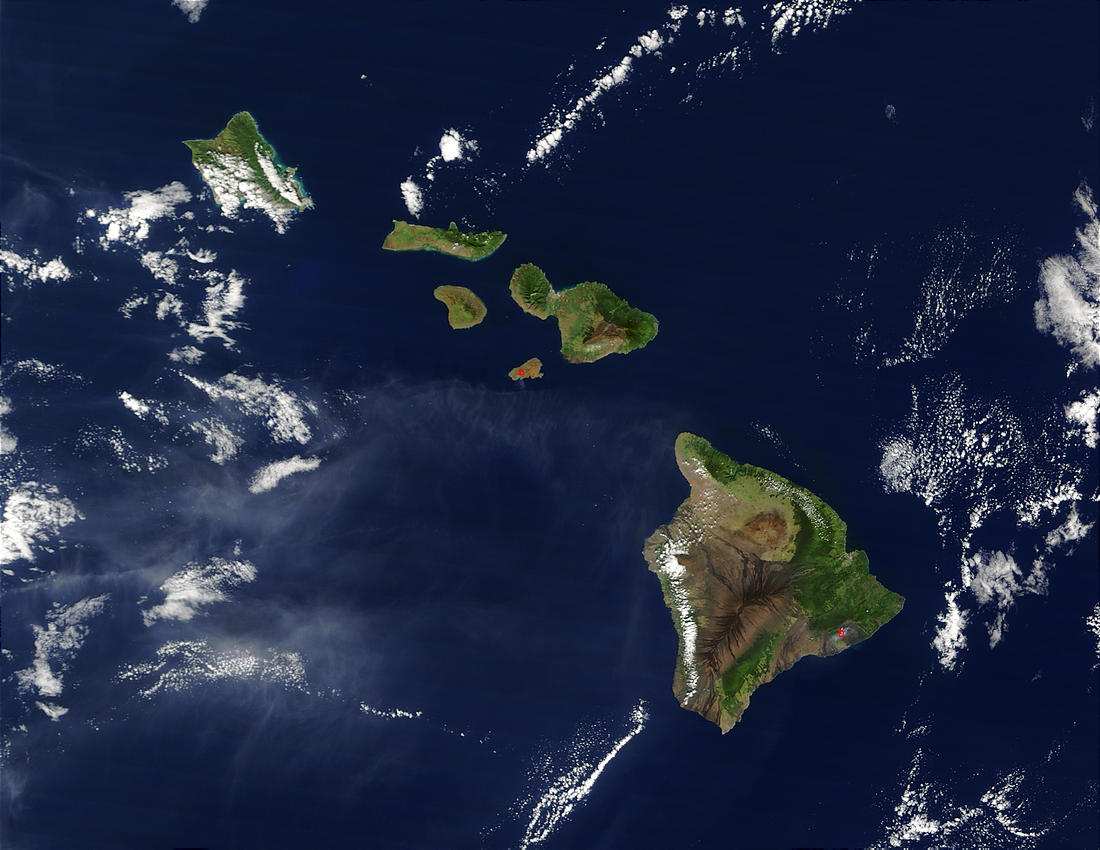 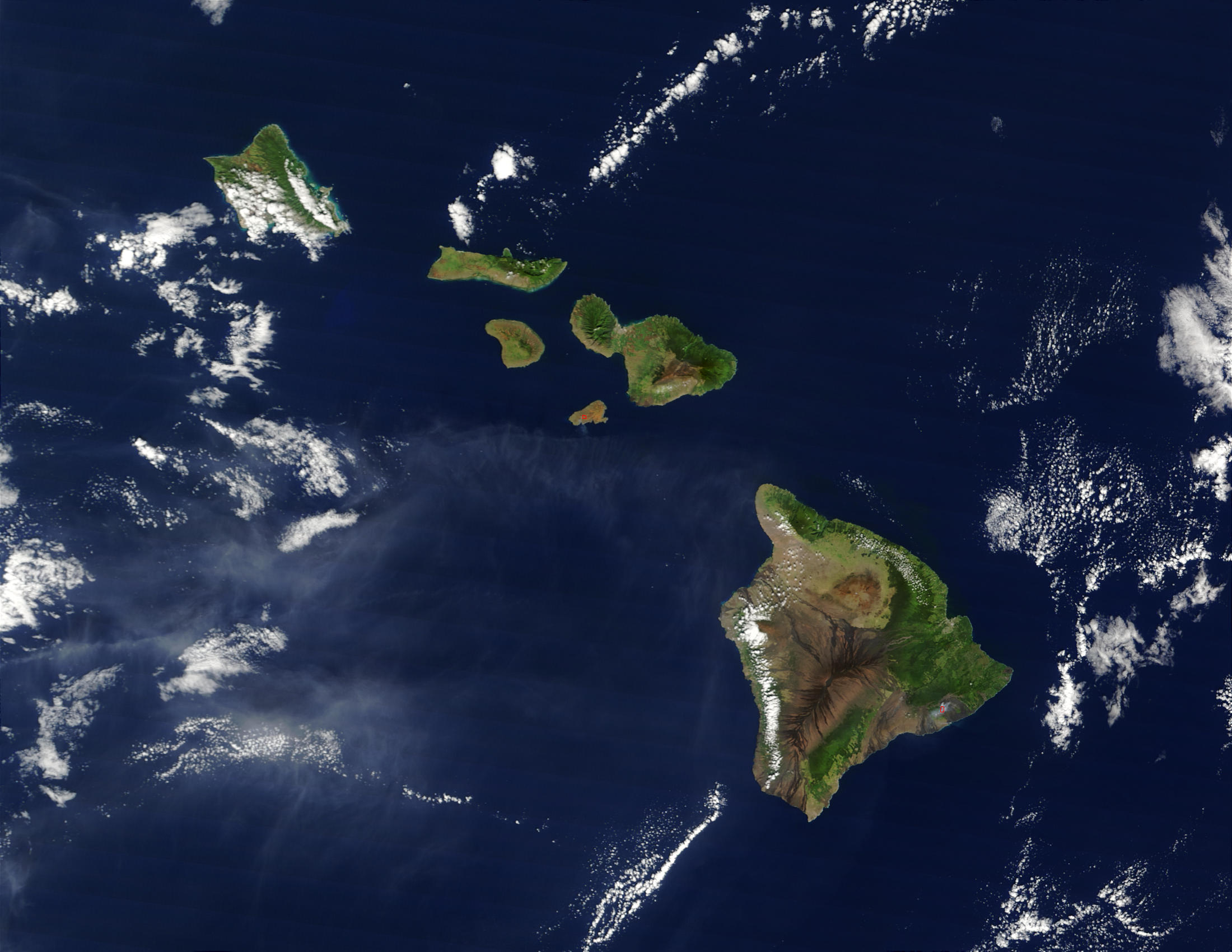 The state of Hawaii, about three thousand kilometers west of Los Angeles, California, is made up of seven islands. They are, from left to right, Niihau (obscured by clouds), Kauai, Oahu, Molokai, Lanai, Kahoolawe, Maui, and Hawaii (the “Big Island”). The Hawaiian chain is home to a couple of active volcanoes —Mauna Loa and Kilauea Crater on the Big Island—and a number of dormant and extinct volcanoes, such as Mauna Kea on the Big Island and Haleakala on Maui.