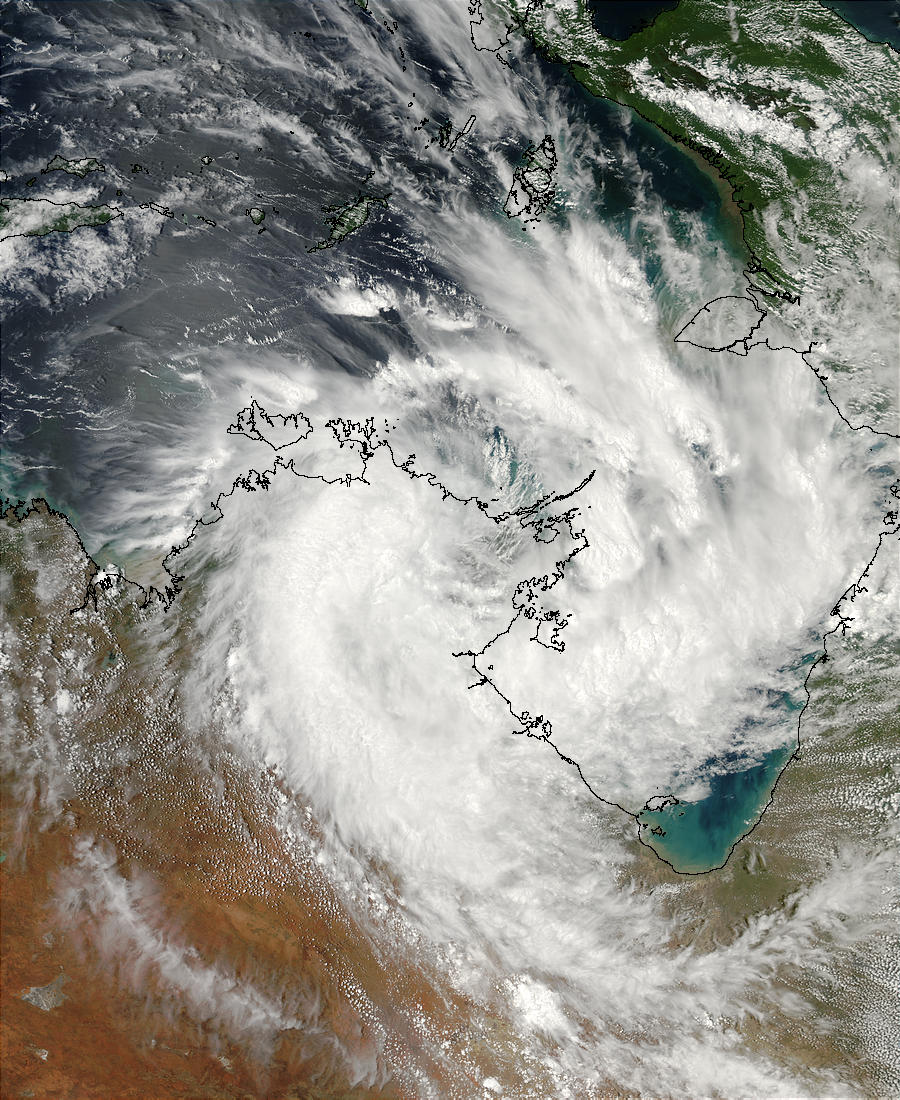 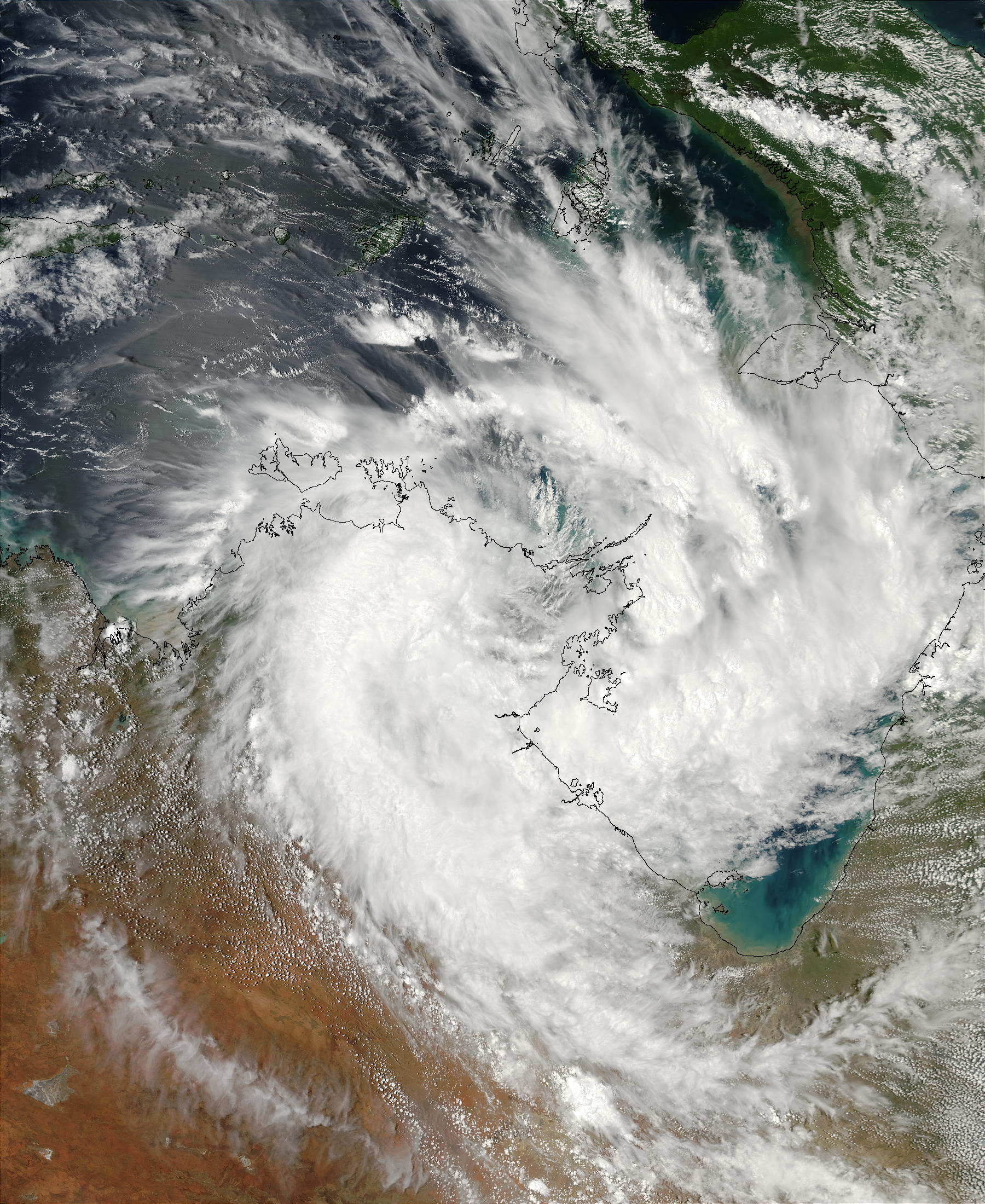 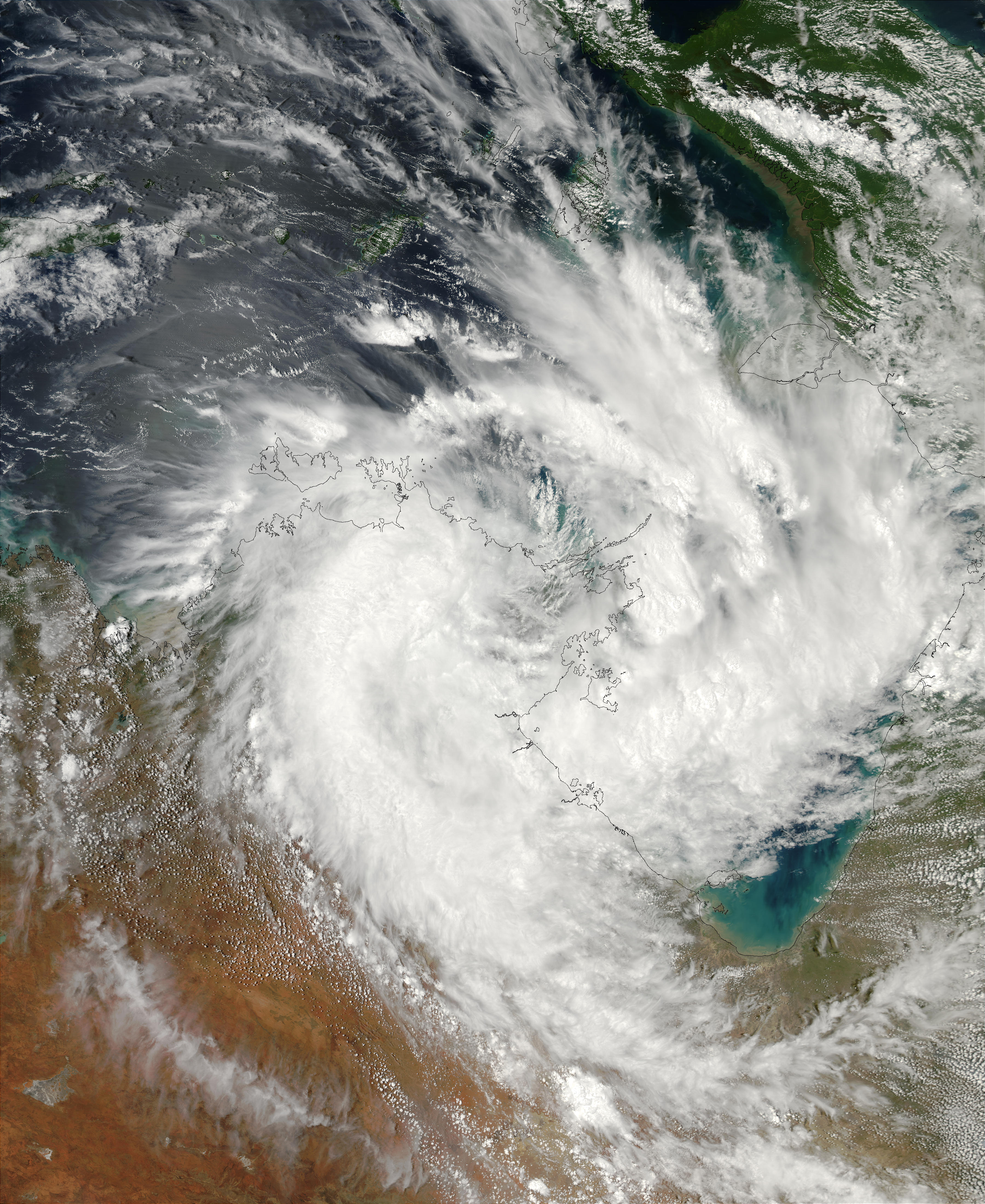 On January 6, 2003, a low-pressure storm system hovered over the Gulf of Carpentaria and northern Australia, bringing much needed rain to the drought stricken continent. This image of the storm was captured by the Moderate Resolution Imaging Spectroradiometer (MODIS) instrument, flying aboard NASA’s Terra satellite.