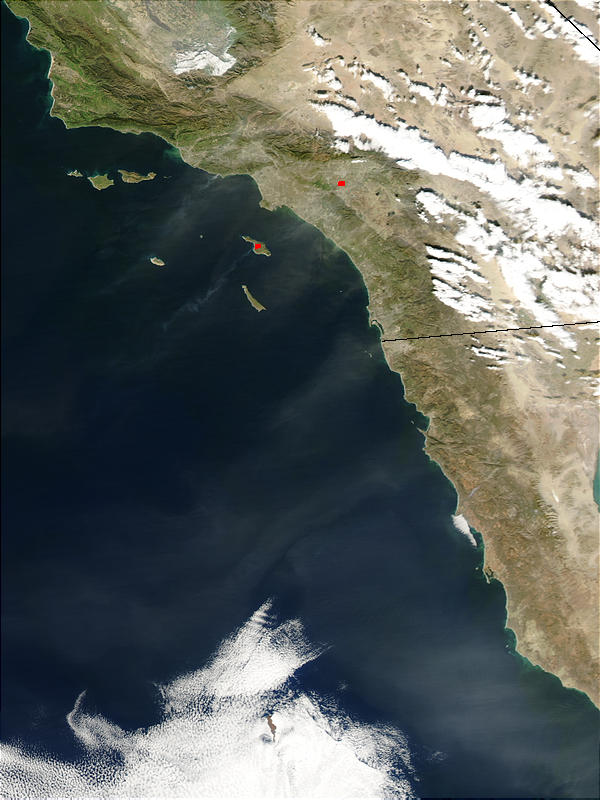 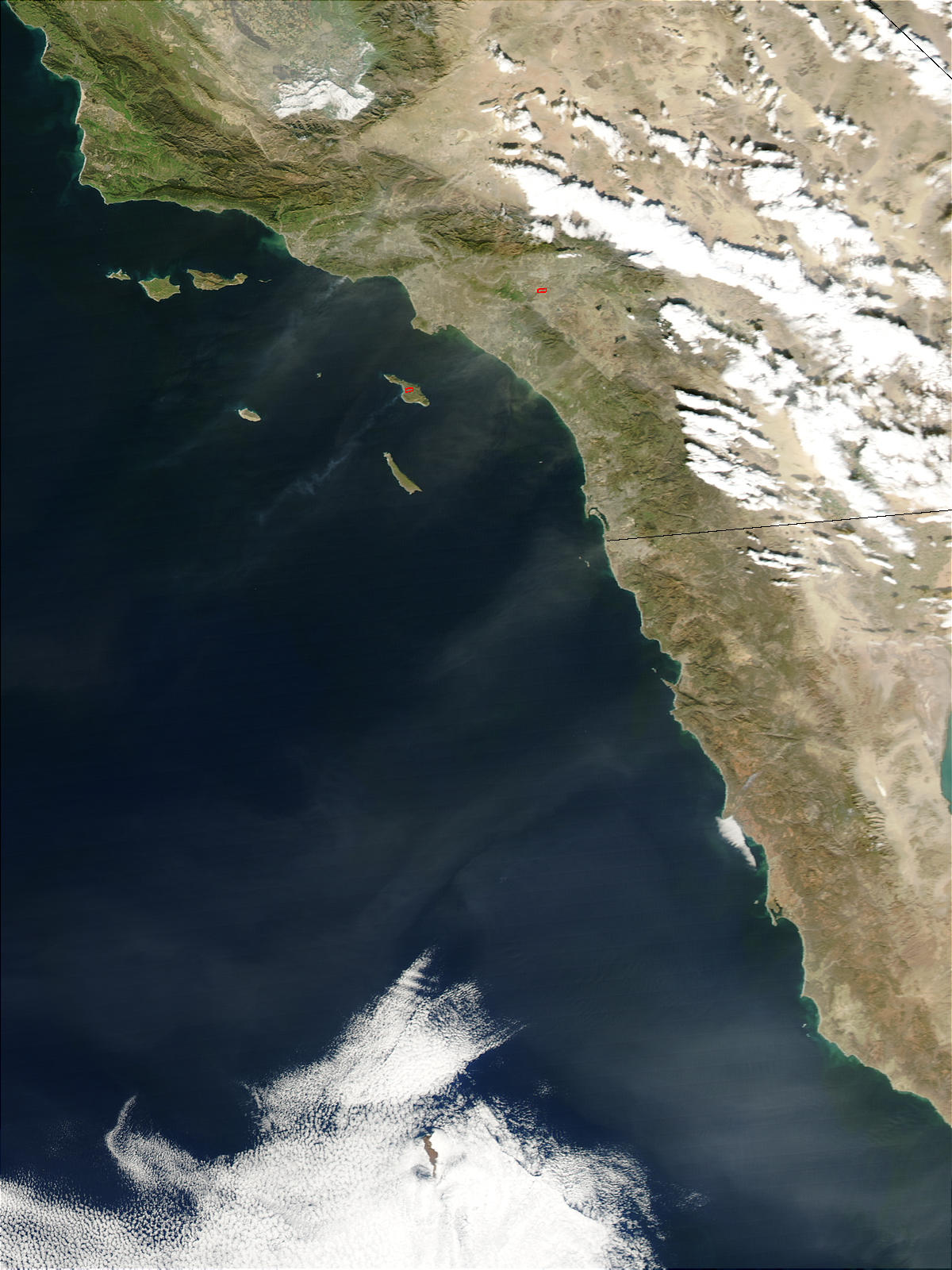 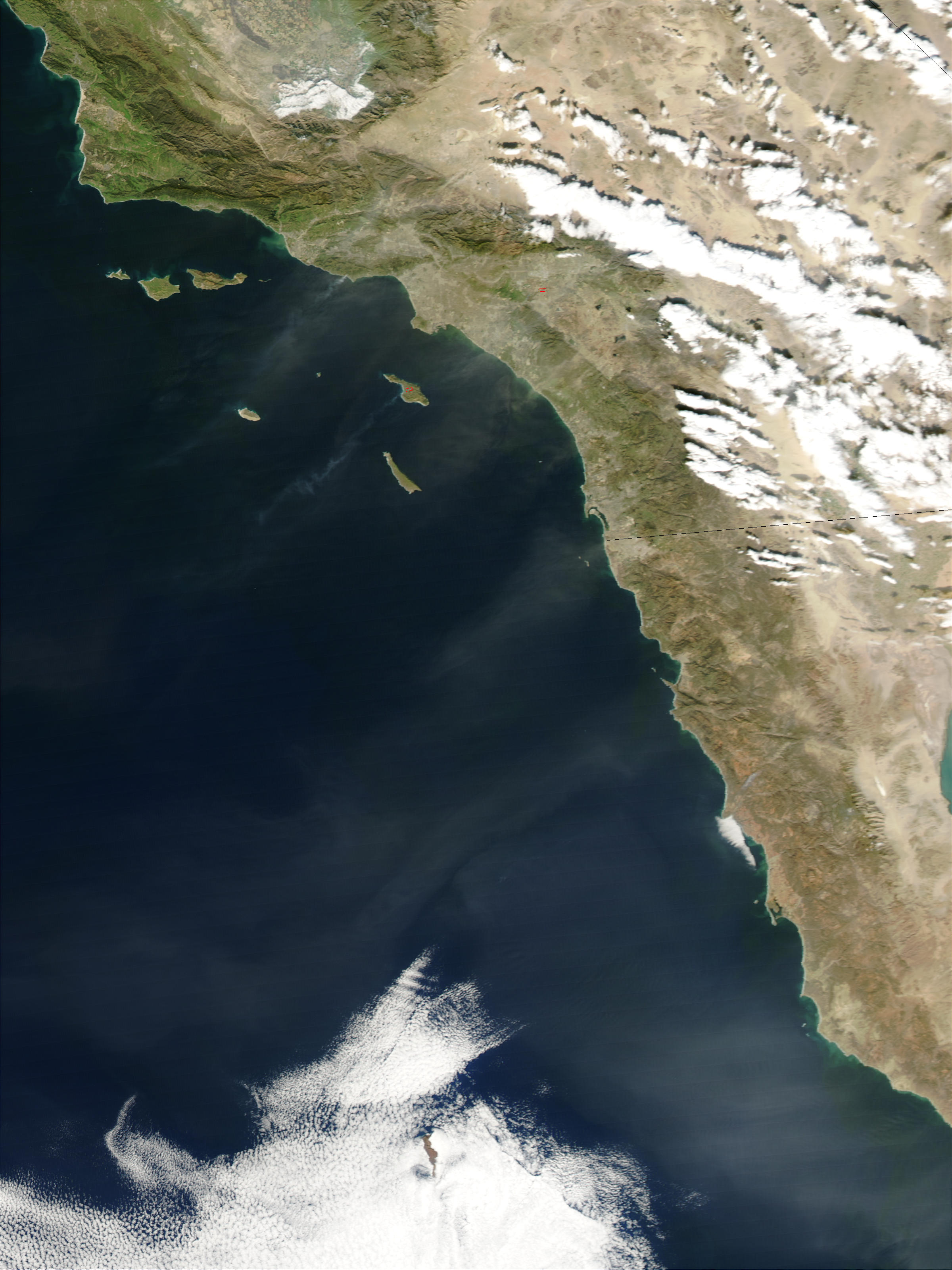 On January 6, 2002, Santa Ana winds blew dust from interior deserts and other dry areas out over California and the Pacific Ocean. This true-color Moderate Resolution Imaging Spectroradiometer (MODIS) image from the Aqua satellite shows streamers of dust blowing southwestward over the Los Angeles metropolitan area, which is roughly centered in the top half of the image.

Santa Ana winds occur below mountain passes and in canyons in Southern California, and result from high atmospheric pressure forming over the Great Basin (between the Sierra Nevada Mountains and the Rocky Mountains). In the northern hemisphere air moves clockwise around areas of high pressure, so winds blow down slope from the Great Basin toward the Pacific. The air is already dry and warm, having originated over the desert regions of the Great Basin, and it becomes warmer and drier as it rushes down the slopes of the mountains. To qualify as a Santa Ana wind event, speeds must generally exceed 25 knots (28 miles per hour).

These events pose great fire hazards, and in this image MODIS detected a few active fires, which are marked with red outlines. A smaller bushfire that has forced the evacuation of hundred of homes near Malibu had not reached detectable levels yet, but a plume of smoke is visible mingling with the dust over Santa Monica Bay, northwest of Los Angeles. For more on Santa Ana winds, visit the San Diego National Weather Service Web site.