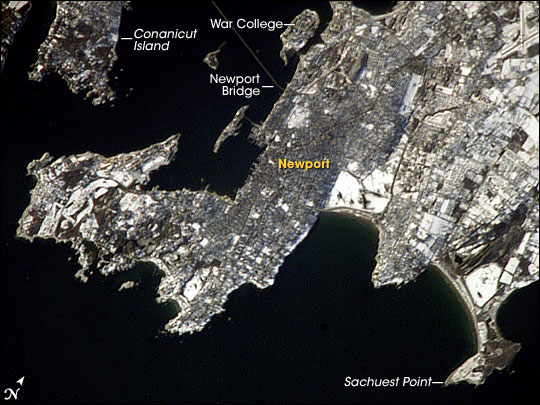 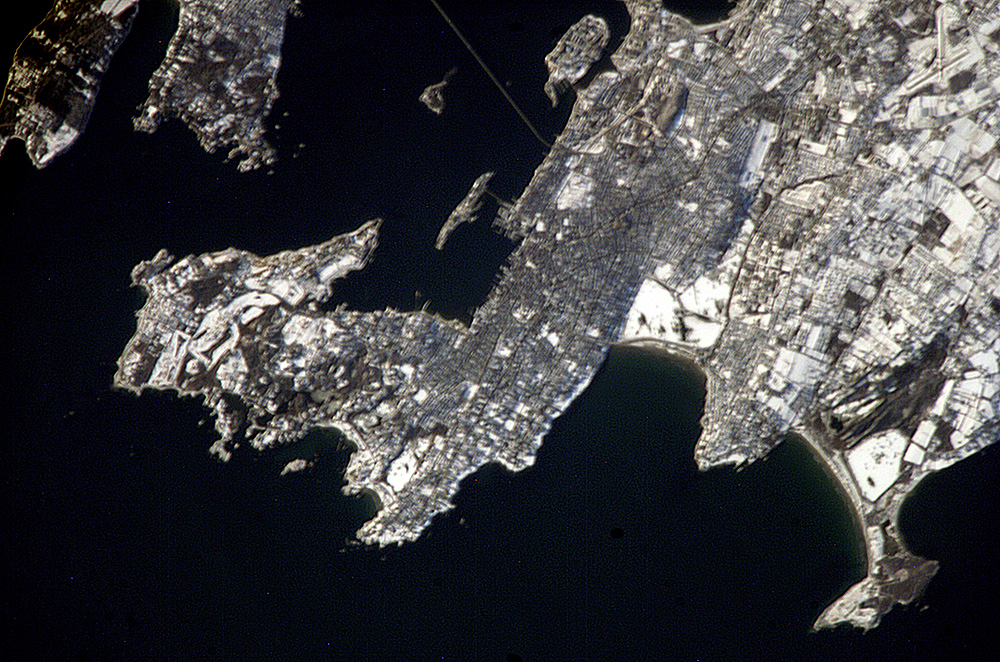 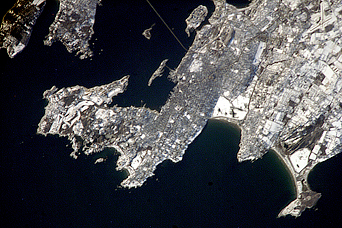 Newport, Rhode Island, is well known as a summer destination, but winter snow blankets the city of Newport in this astronaut photograph. One of the first European settlements in the Americas, the region was initially populated by colonists seeking religious freedom denied them in Europe. Founded in 1639, Newport became a bastion of the Baptist faith but also exemplified one of the basic precepts of the United States Constitution—separation of church and state. Throughout the 17th and 18th centuries, Newport consolidated its position as one of the premier ports of the United States. The 19(sup>th and early 20(sup>th centuries saw a decline in commercial shipping at Newport and its rebirth as a recreational destination. Many of the leading industrialist families of the time, such as the Vanderbilts, built grand summer mansions that are now open to visitors.

Astronaut photograph ISS012-E-19051 was acquired March 4, 2006, with a Kodak 760C digital camera using an 800 mm lens, and is provided by the ISS Crew Earth Observations experiment and the Image Science & Analysis Group, Johnson Space Center. The image in this article has been cropped and contrast enhanced; lens artifacts have also been removed. The International Space Station Program supports the laboratory to help astronauts take pictures of Earth that will be of the greatest value to scientists and the public, and to make those images freely available on the Internet. Additional images taken by astronauts and cosmonauts can be viewed at the NASA/JSC Gateway to Astronaut Photography of Earth.