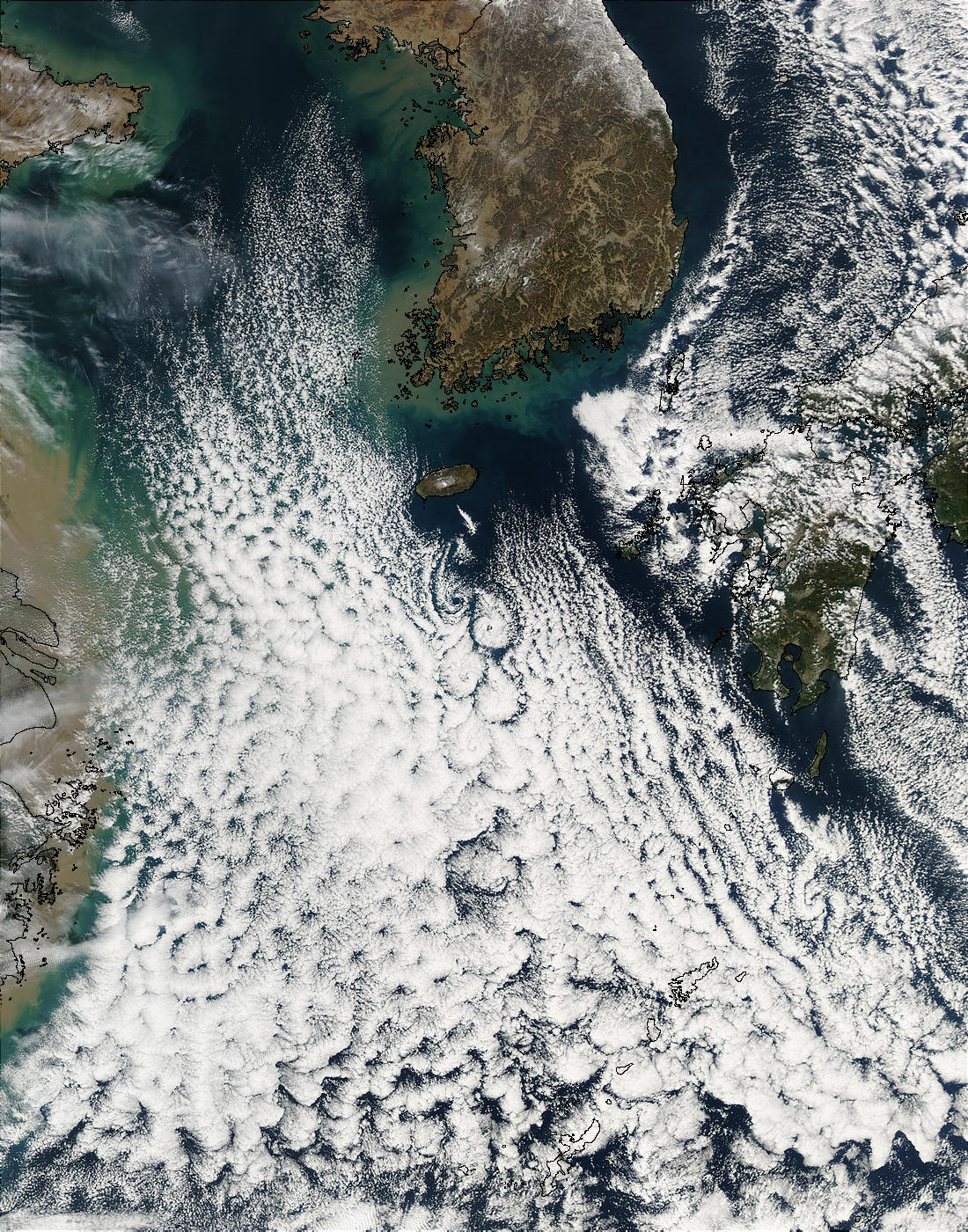 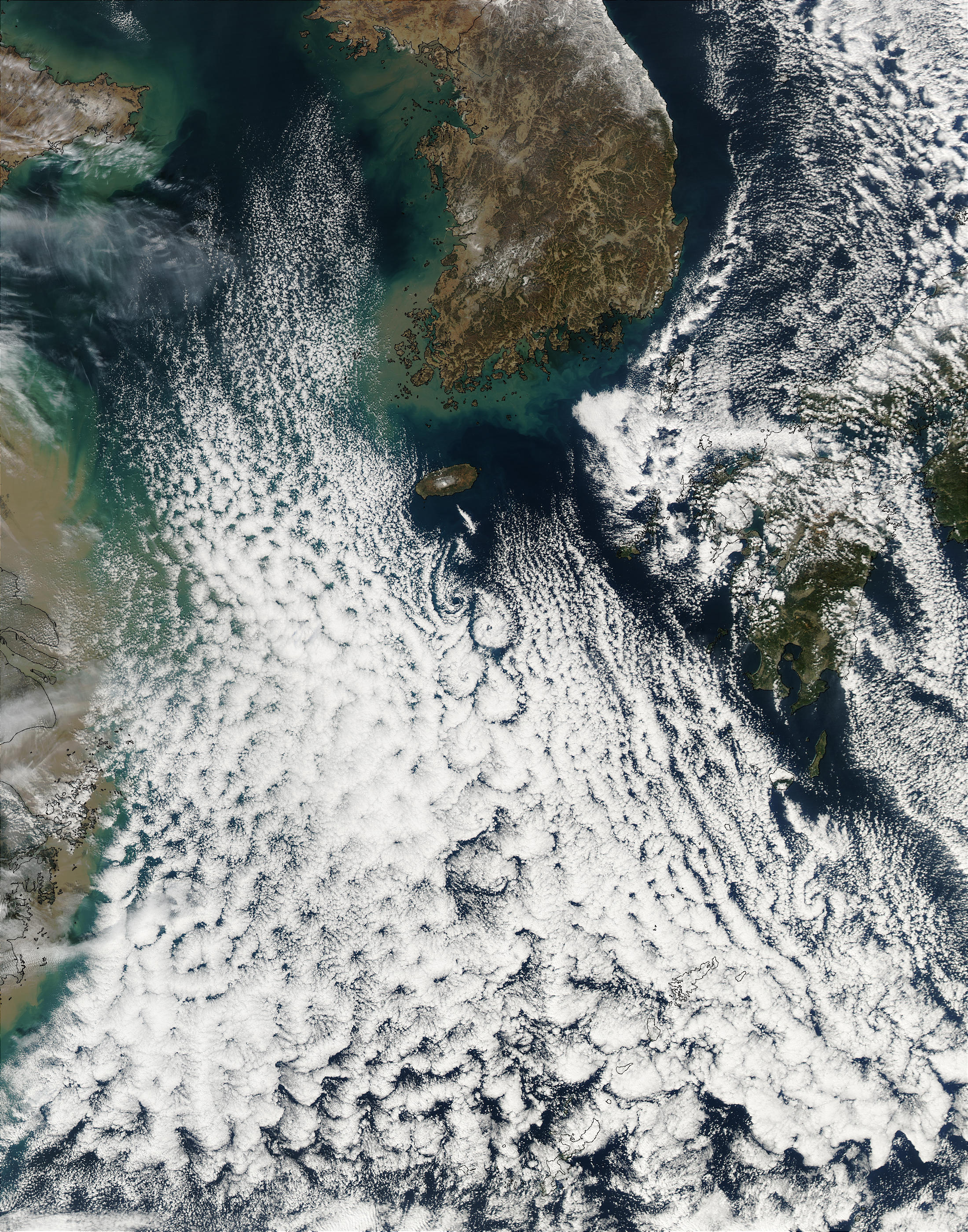 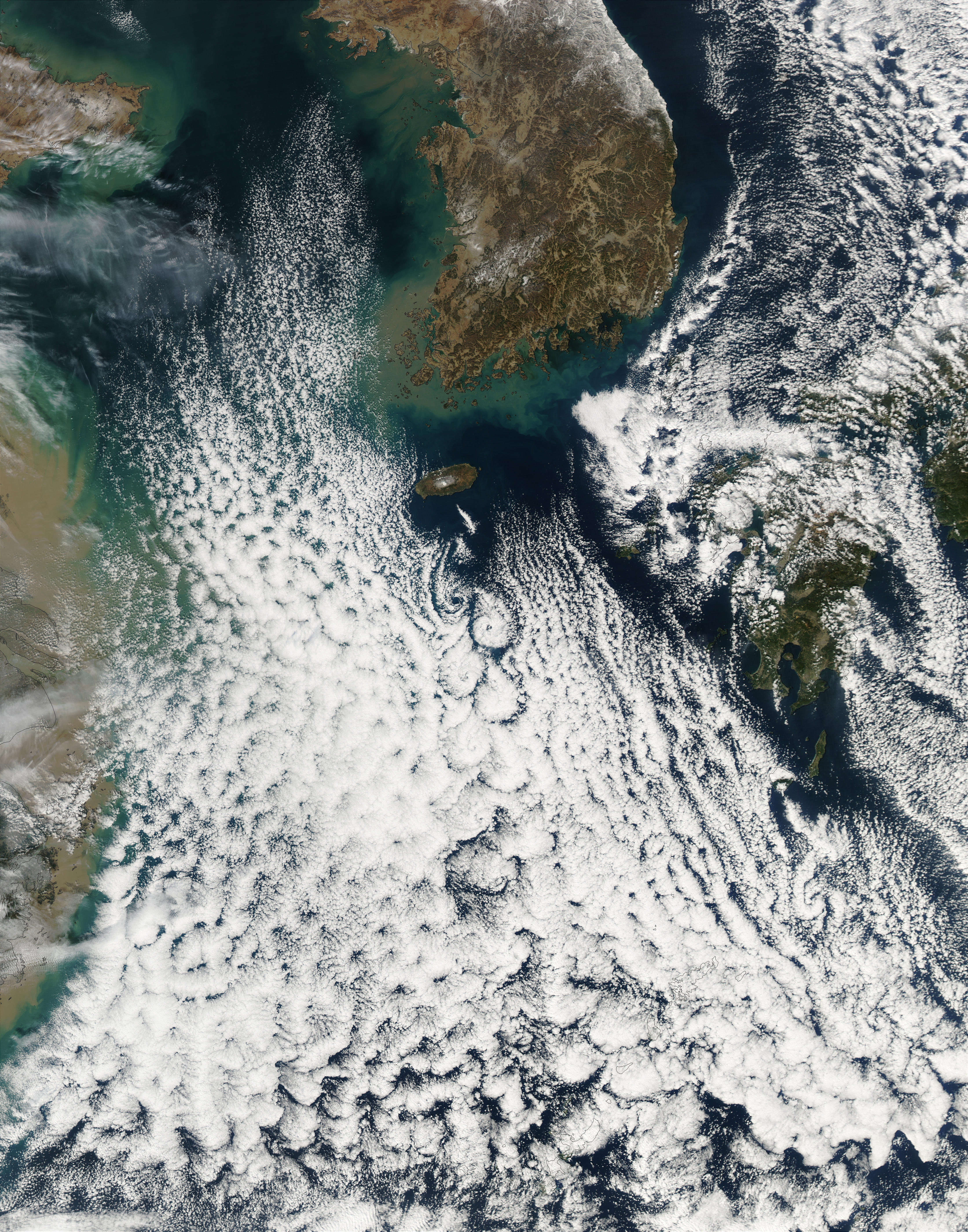 This true-color Moderate Resolution Imaging Spectroradiometer (MODIS) image from January 15, 2003, shows a pattern within a pattern in the clouds over the East China Sea. The clouds to the west appear as a tightly-knit, interlocking pattern of circles, while those to the far east appear more row-like, especially near the northern edge of the cloud bank. In the center is a phenomenon called a vortex street, an alternating double row of vortices often produced in the wake of an obstacle to air flow, such as the small island off the tip of South Korea at top center.