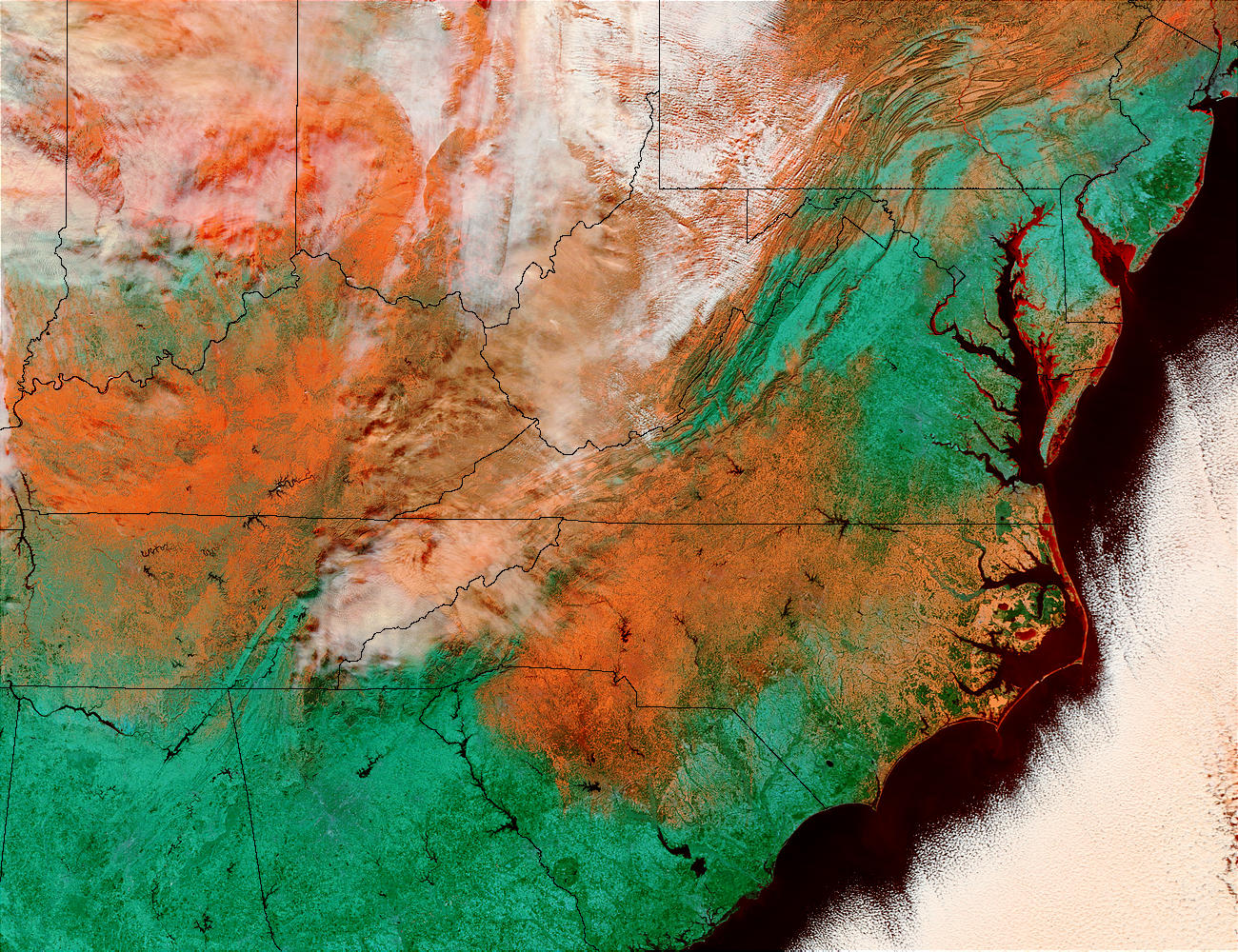 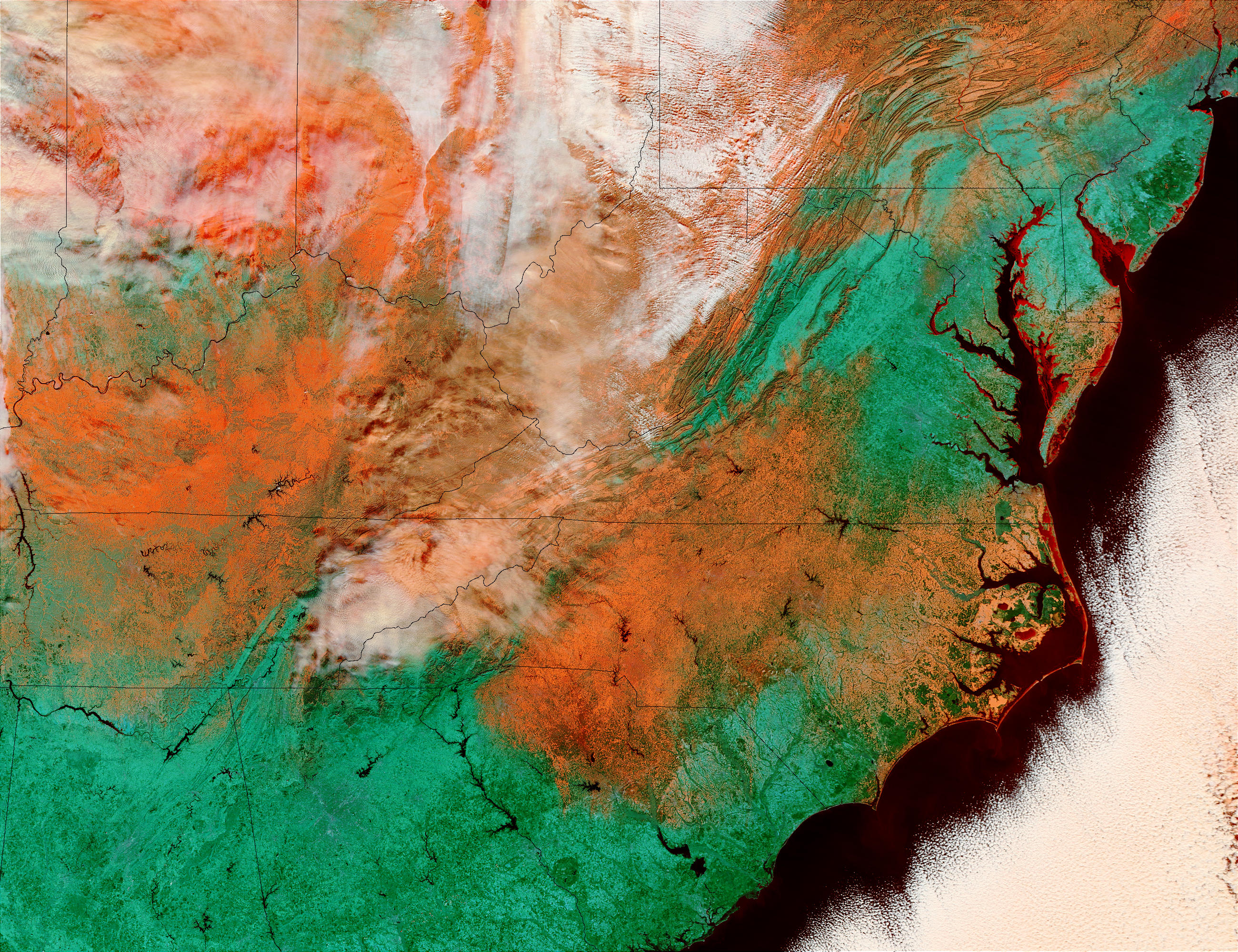 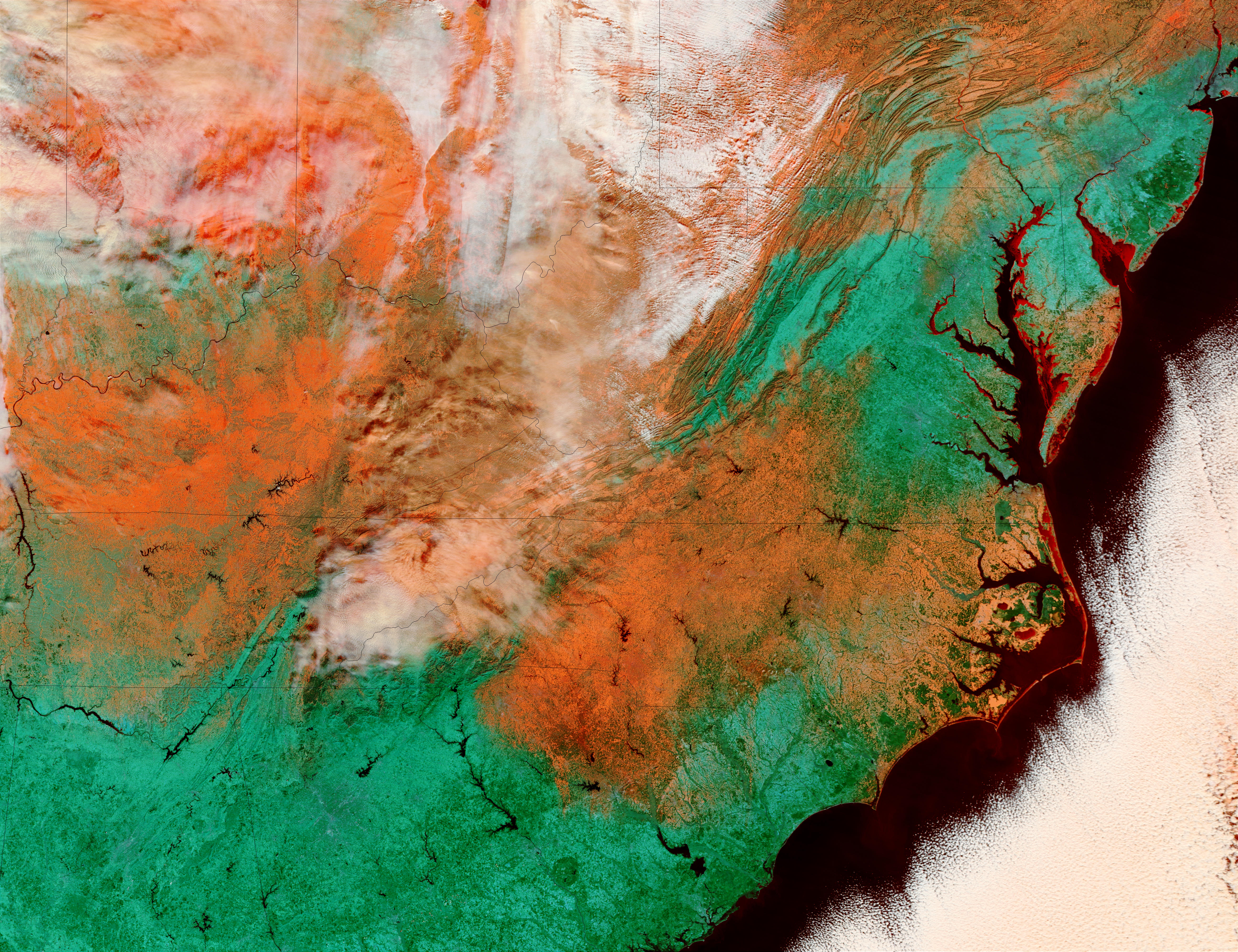 Another blast of cold temperatures, brisk winds and snow blanketed portions of the Midwest and South on January 22 and 23, 2003. Up to 12 inches of snow fell in portions of the Carolinas, Tennessee, and Virginia. In fact, the Outer Banks of North Carolina saw their first significant snowfall in thirteen years (see iamge from January 24) as 40 mph winds created snowdrifts instead of the usual sand dunes. Widespread record-setting lows were reported in many southern states while wind chills dipped well below zero.