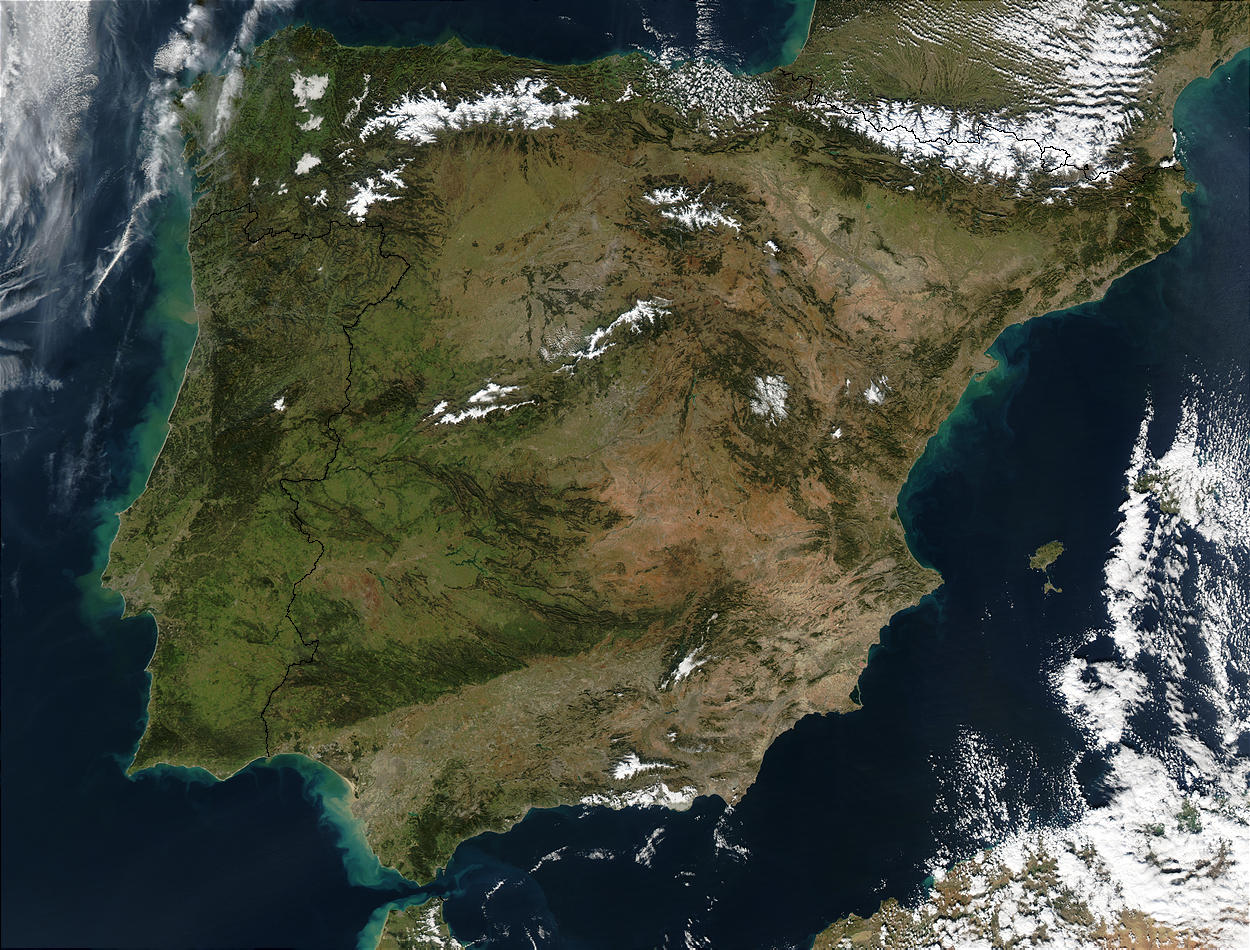 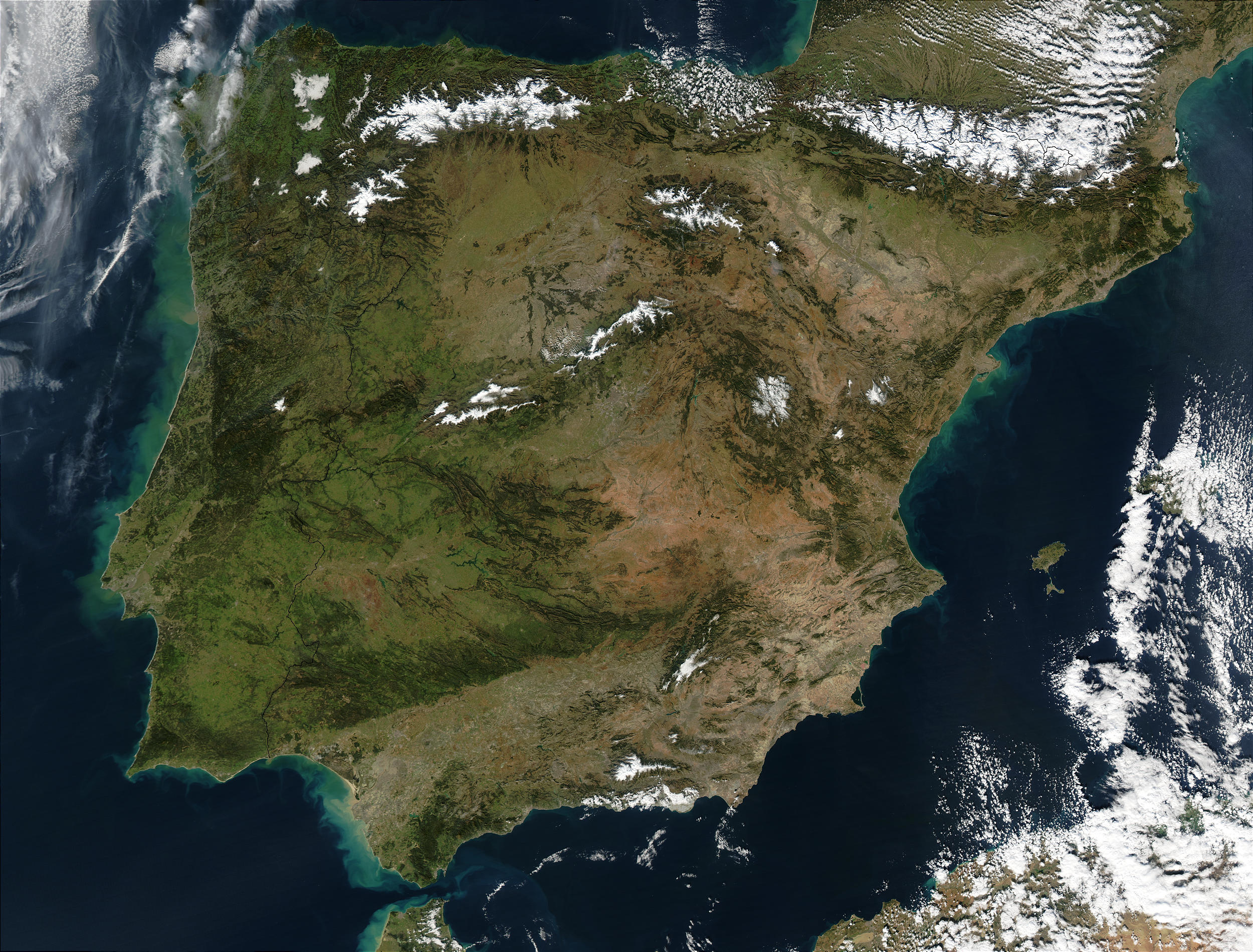 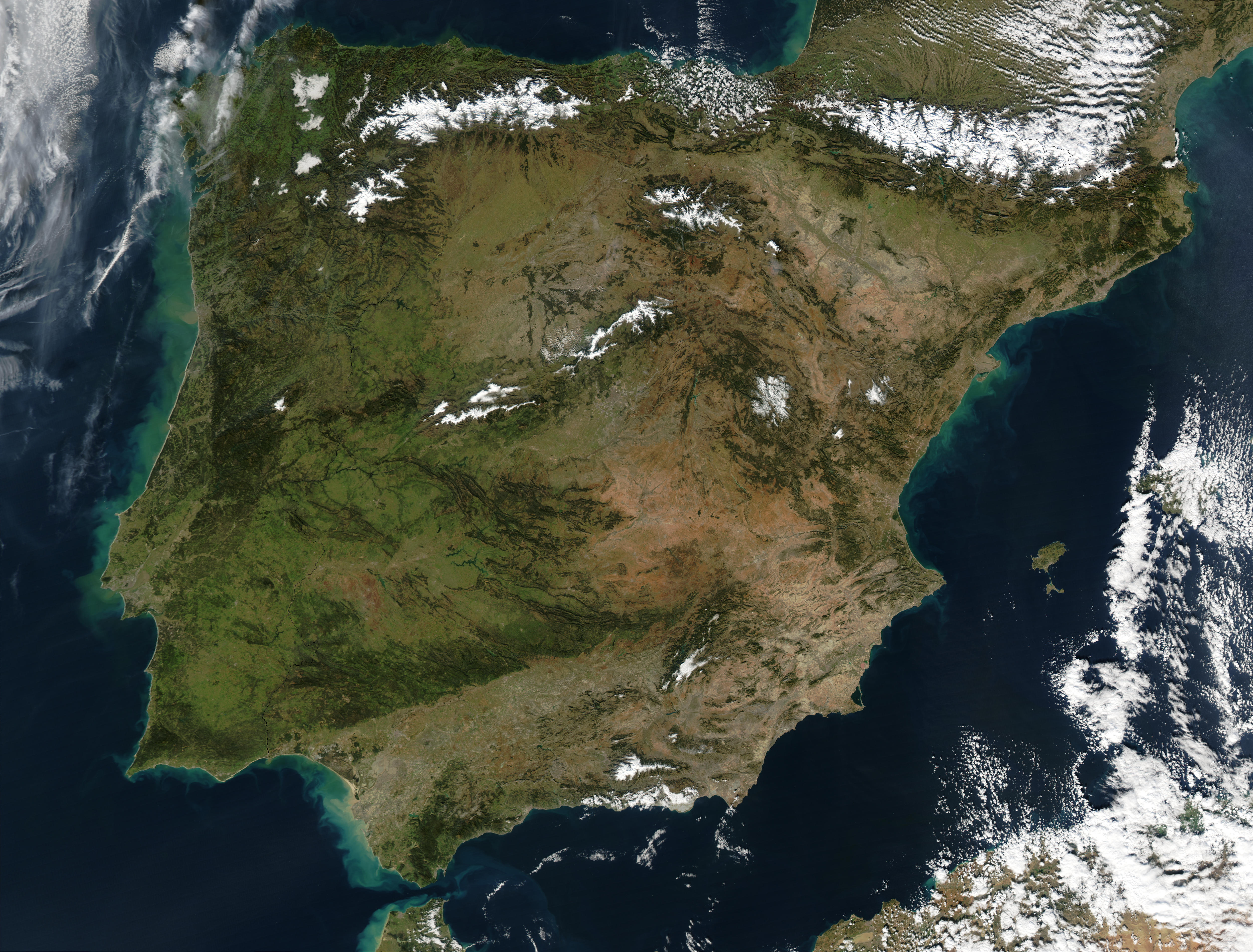 The Iberian Peninsula, home to the countries of Spain and Portugal, stretches toward North Africa in this true-color Aqua MODIS image from January 24, 2003. Portugal sits on the Atlantic side of the peninsula, while Spain takes up the rest and shares a border with France to the northeast. At the bottom of the peninsula is a narrow gap between Europe and North Africa. This gap is the Strait of Gibraltar, which also serves as the buffer between the Atlantic Ocean and the Mediterranean Sea. The northern point of Morocco occupies the other side of the Strait, and farther to the east is northern Algeria.