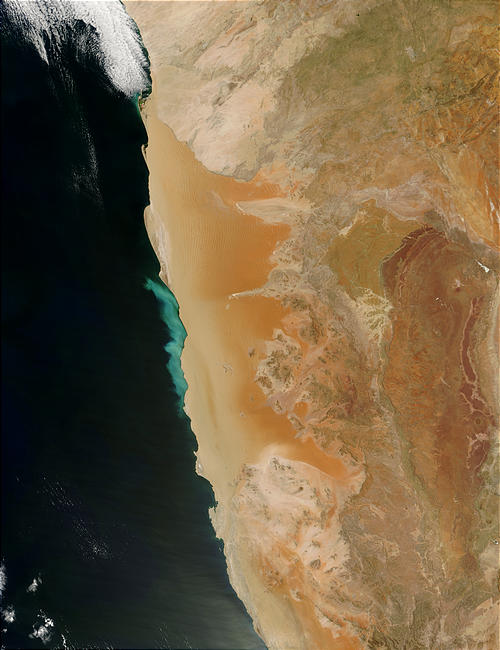 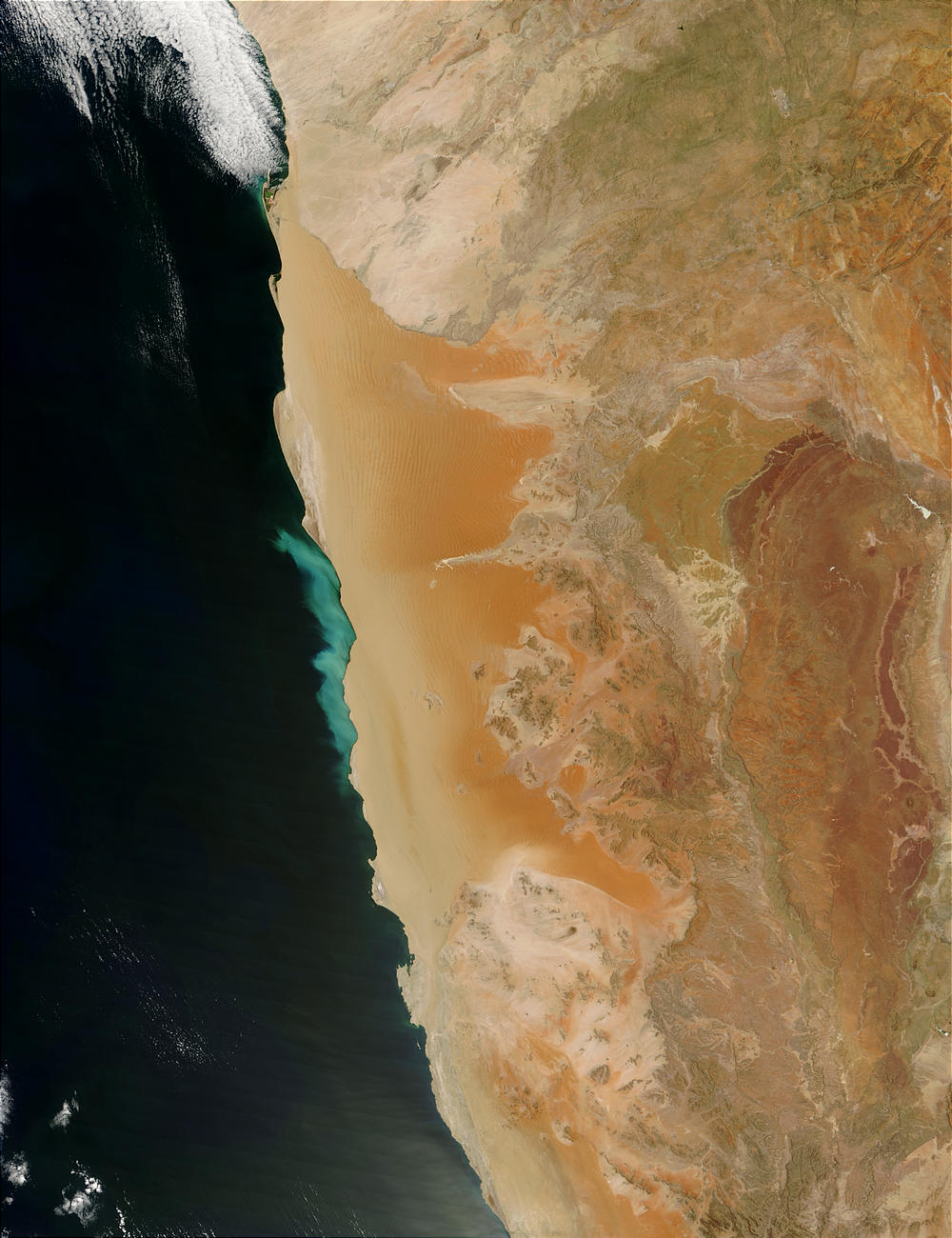 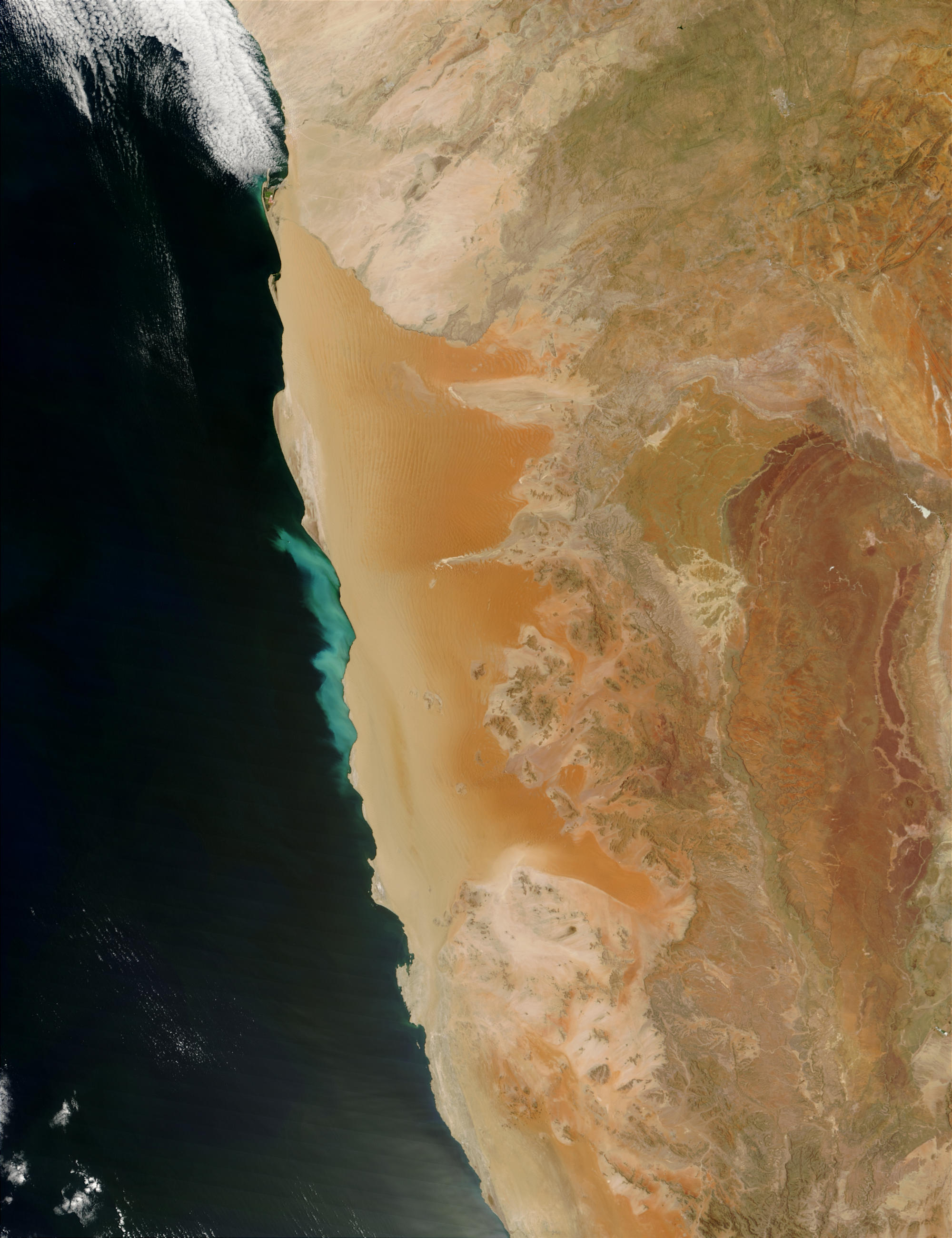 Off the coast of Namibia in southwest Africa, a cold, deep current snakes northward past the Namib Desert carrying icy waters from deep in the Southern Ocean off Antarctica. Year-round southerly winds cause the warmer surface waters near the coast to be deflected westward away from shore, and the cold waters of the Benguela Current rise up from the depths to replace them.

Bottom-dwelling bacteria chew through this rich belt of coastal mud, decomposing the phytoplankton remains. The result of this decomposition can be seen in this true-color Moderate Resolution Imaging Spectroradiometer (MODIS) image from the Terra satellite on January 9, 2003, in which the coastal waters appear milky-green.

Some bacteria consume oxygen as they break down the plant remains, giving off carbon dioxide and water as by-products. But eventually, all the oxygen is used up. At that point, other bacteria take over the decomposition. These bacteria use a form of sulfur when they decompose the organic matter, and give off hydrogen sulfide gas as a by- product. The hydrogen sulfide gas periodically bubbles up from the ocean bottom, and when it encounters more oxygen-rich water near the surface, a chemical reaction occurs that transforms the sulfide gas into pure sulfur. In the first stages of the reaction, the sulfur appears white, and in this image creates a milky-green green tinge to the water. When the transformation is more complete, the plume will look very green—a mixture of the yellow sulfur and blue water.