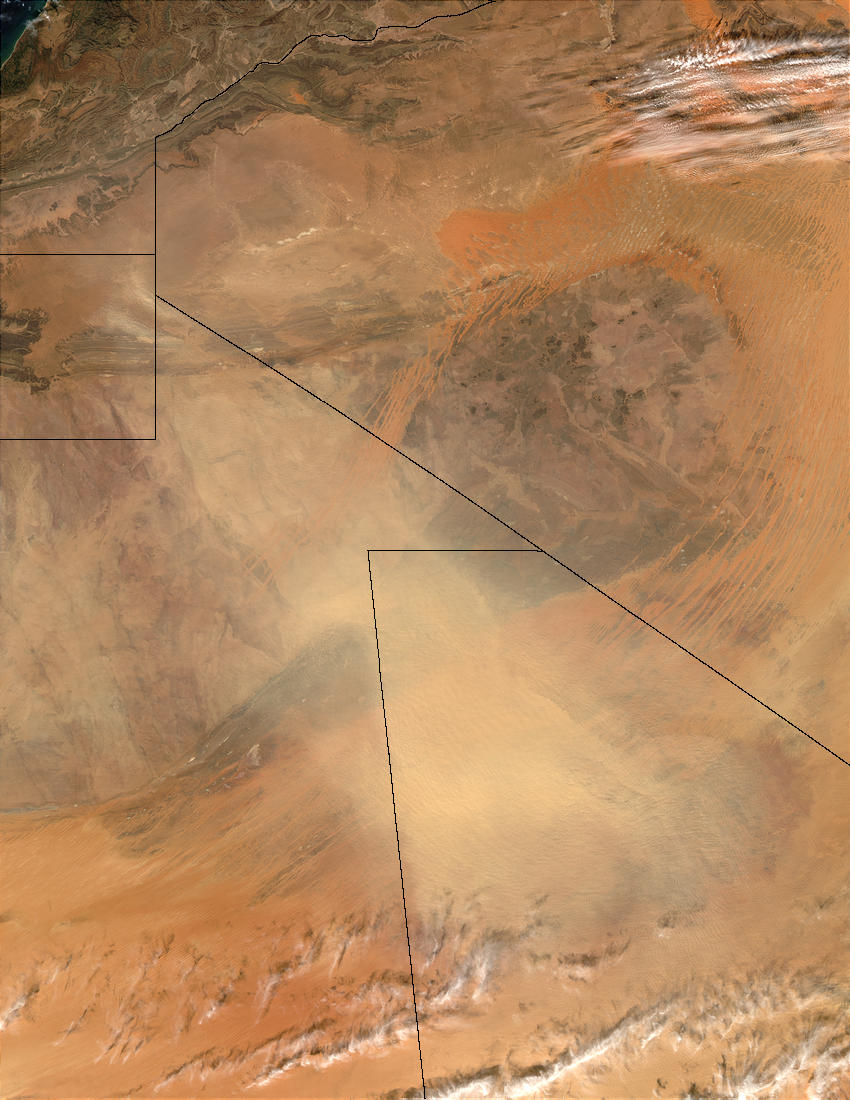 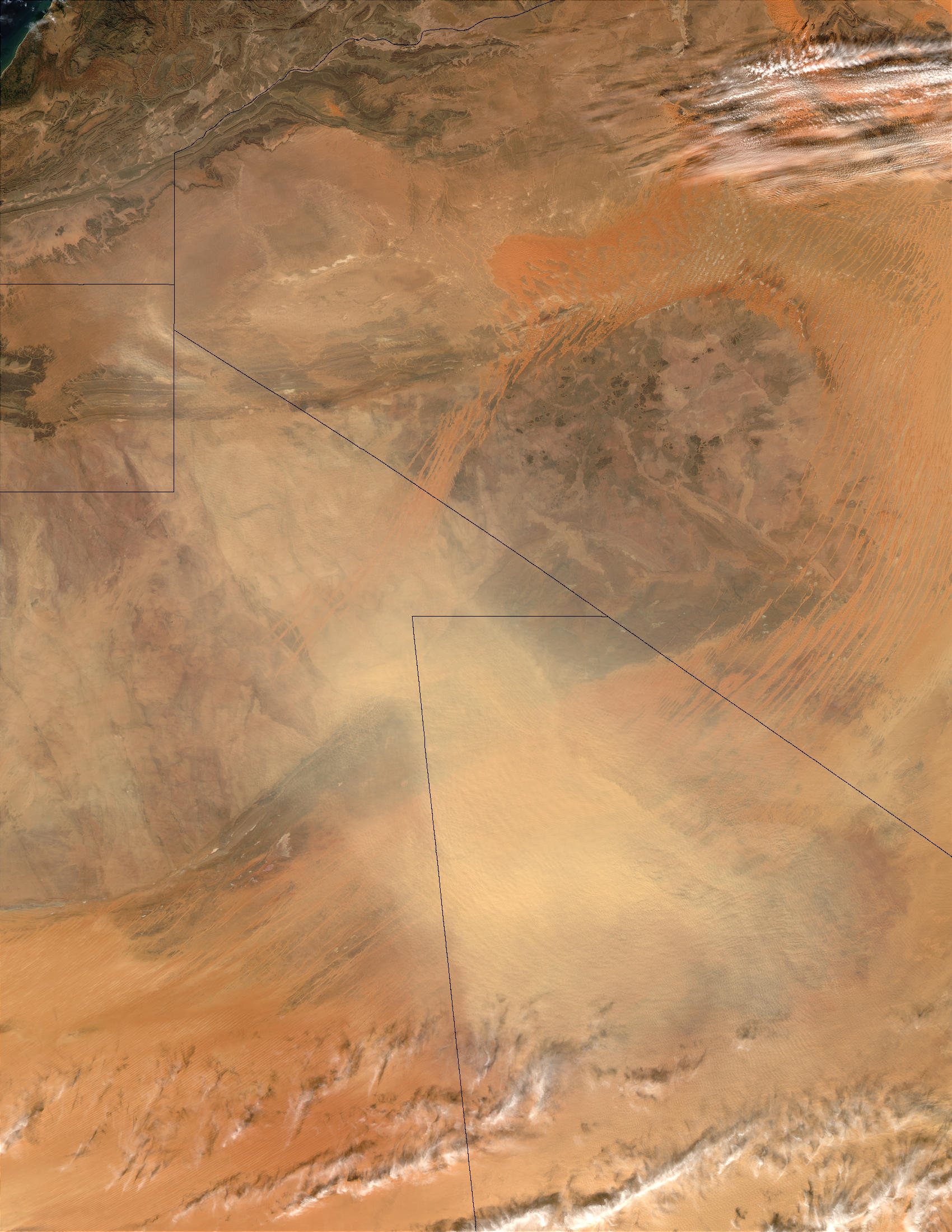 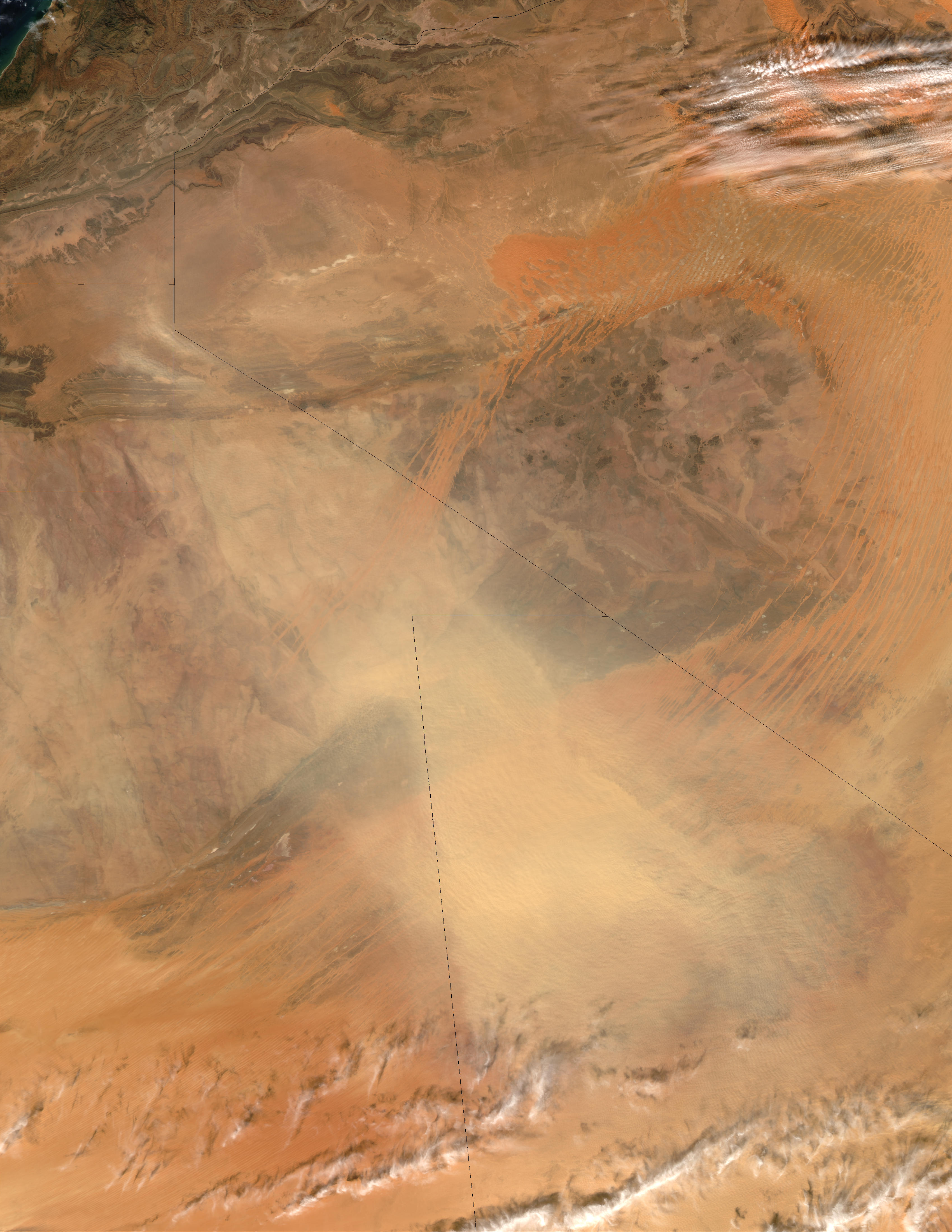 Dust storm in Mali and Mauritania

This true-color Moderate Resolution Imaging Spectroradiometer (MODIS) image from the Aqua satellite on January 11, 2003, shows the rugged terrain of the Morocco in northwest Africa (top left), as well as (clockwise from Morocco) Algeria, Mali, Mauritania, and Western Sahara. The Sahara Desert, which dominates these countries, displays a diversity of landforms and colors, from the rocky escarpments at the foothills of Morocco’s Atlas Mountains, the orange sand dunes of Algeria and southern Mauritania, to the pale, silver-green traces of ephemeral streams and oases. A dust storm is whipping up sand that obscures northern Mauritania and Mali.