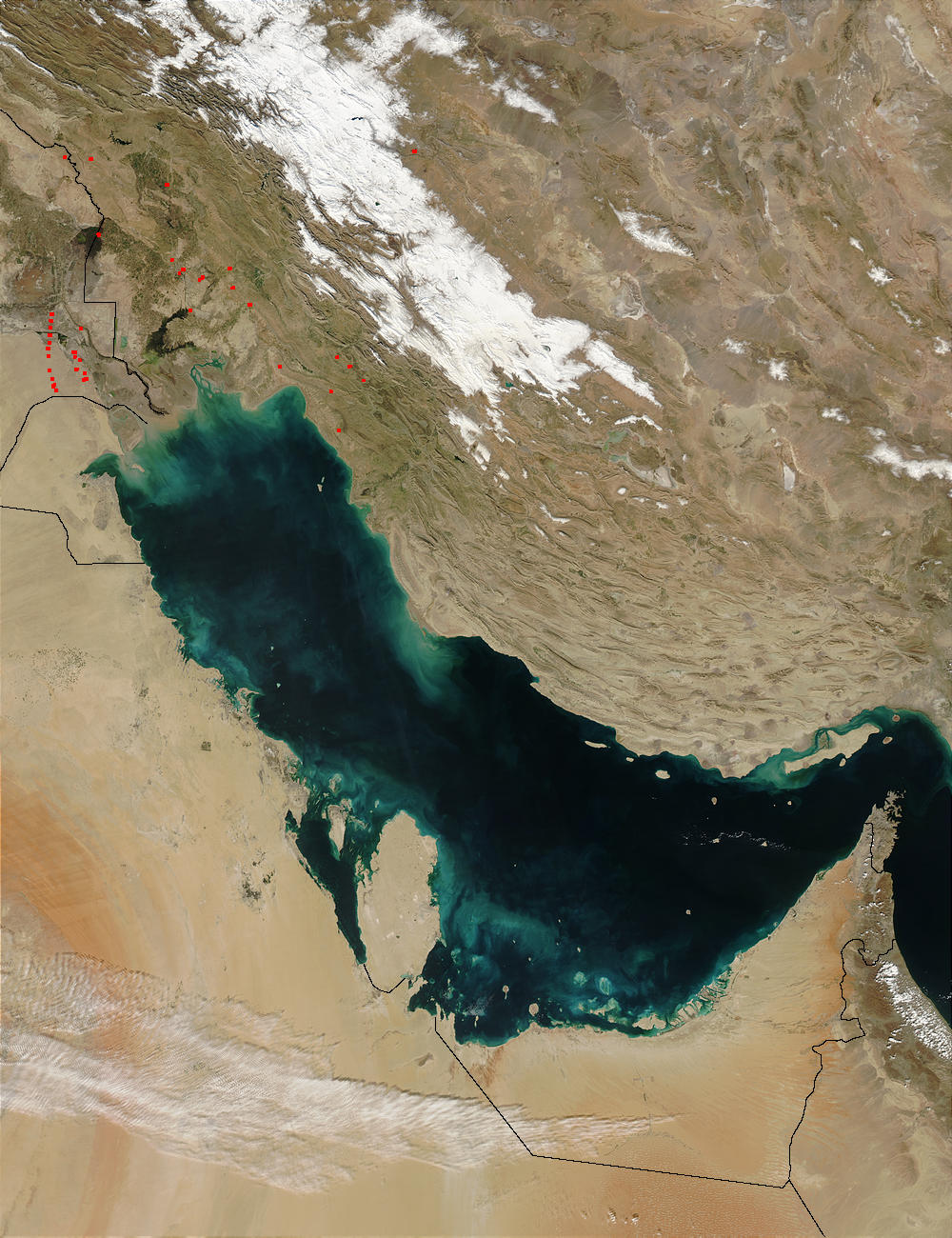 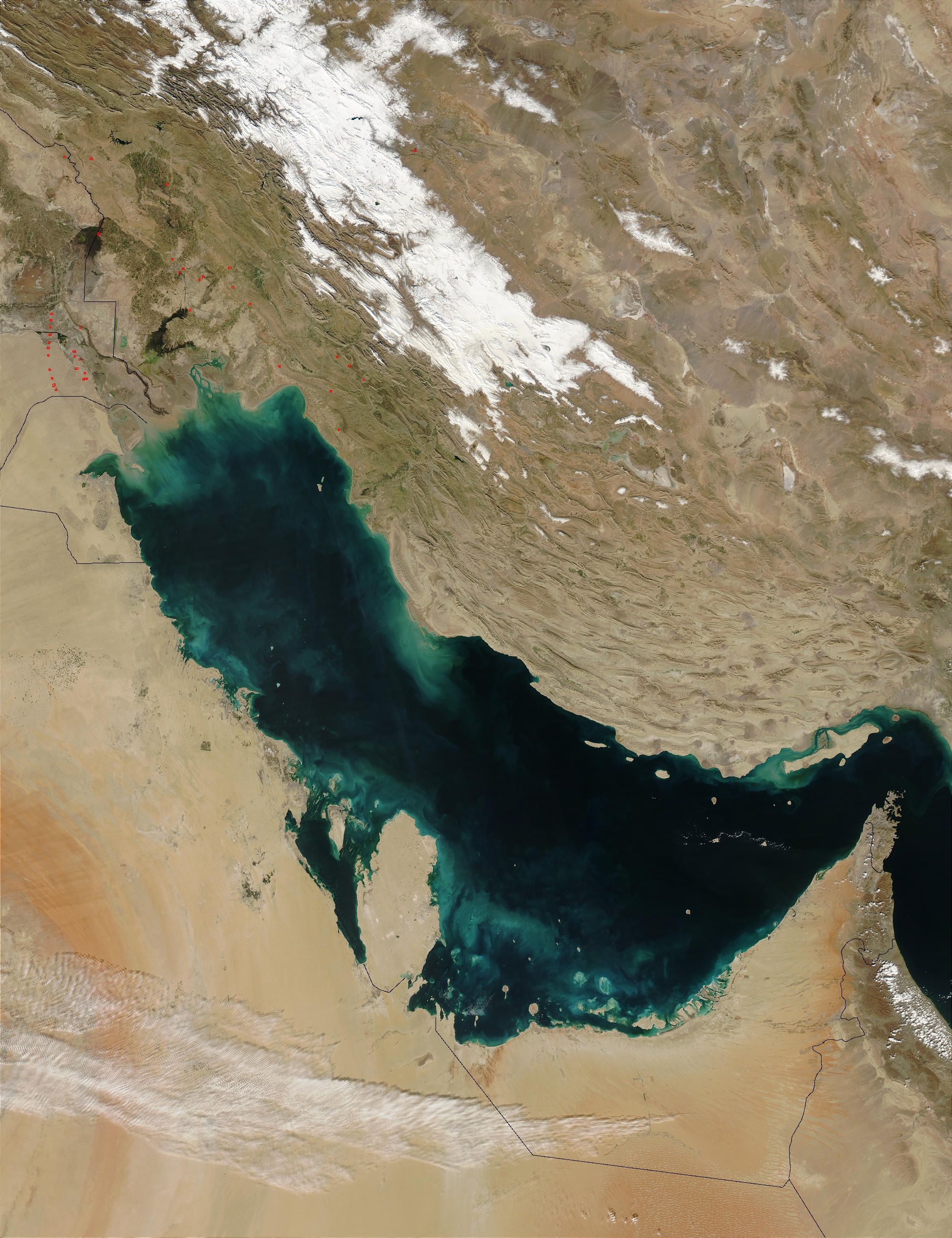 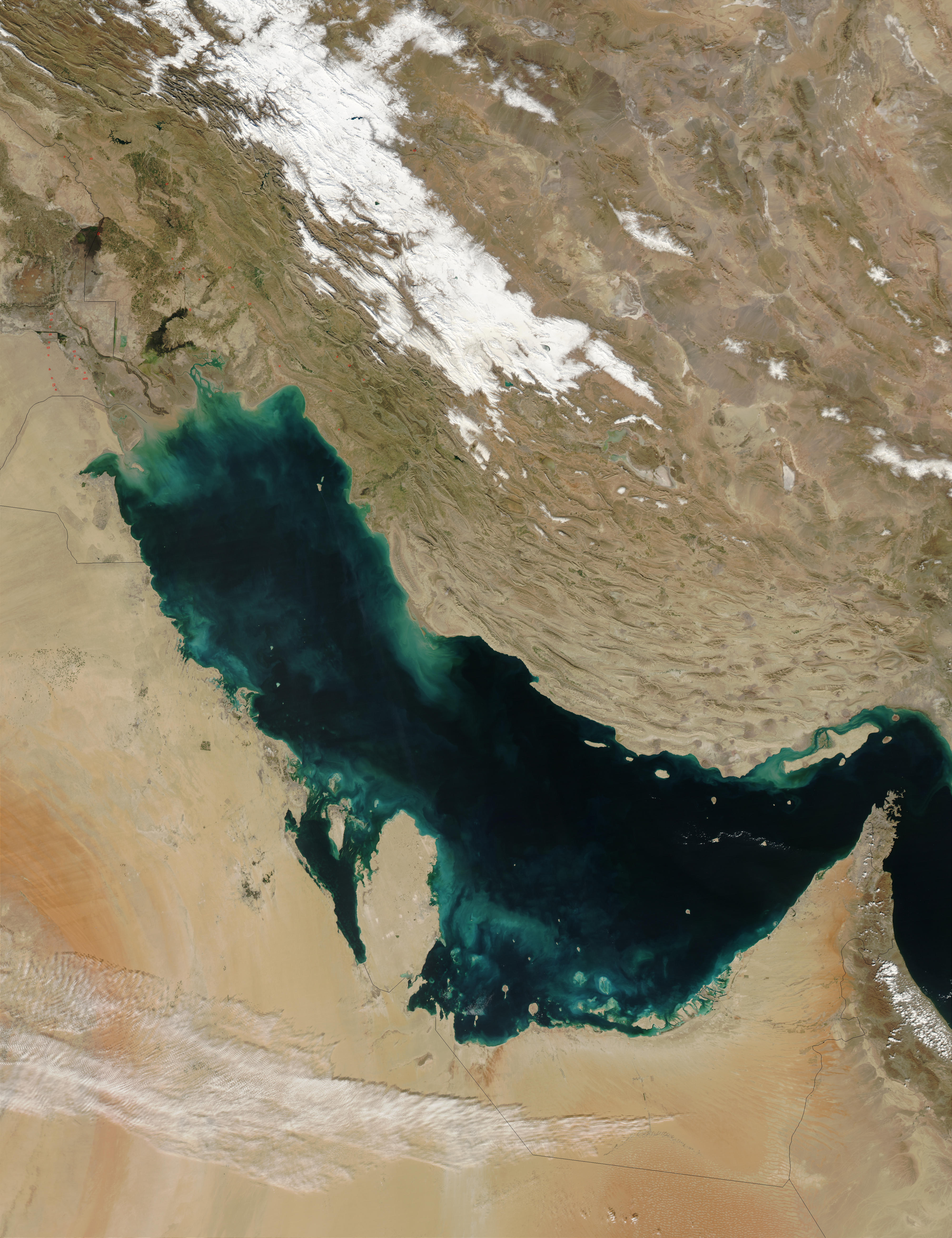 This true-color Aqua >aHREF="http://modis.gsfc.nasa.gov" target="outlink">Moderate ResolutionImaging Spectroradiometer (MODIS) image from January 31, 2003, featuresthe Persian Gulf in the Middle East. Seven countries sit on the Gulf(clockwise from top right): Iran, Oman, the United Arab Emirates, SaudiArabia, Qatar, Kuwait, and Iraq. In addition to the tip of the peninsulareaching toward Iran, Oman also stretches to the southeast along the Gulfof Oman (bottom right corner).

The Persian Gulf, officially known as The Gulf, features clouds ofblue and green in its dark waters. These clouds likely indicate a mixtureof sediment and microscopic marine plant life. At the top of The Gulf,where Kuwait, Iraq, and Iran meet, two rivers flow into the Gulf and addtan streaks to the water. These rivers are the Euphrates and the Tigris,the source of the Fertile Crescent valley and between which the ancientMesopotamian civilization flourished.

A number of fires were detected in this scene by MODIS and are markedin red. They are concentrated in southern Iraq and western Iran. The onesin southern Iraq are likely associated with oil wells. Snow can also beseen blanketing the Zagros Mountains of Iran at the upper center of theimage.