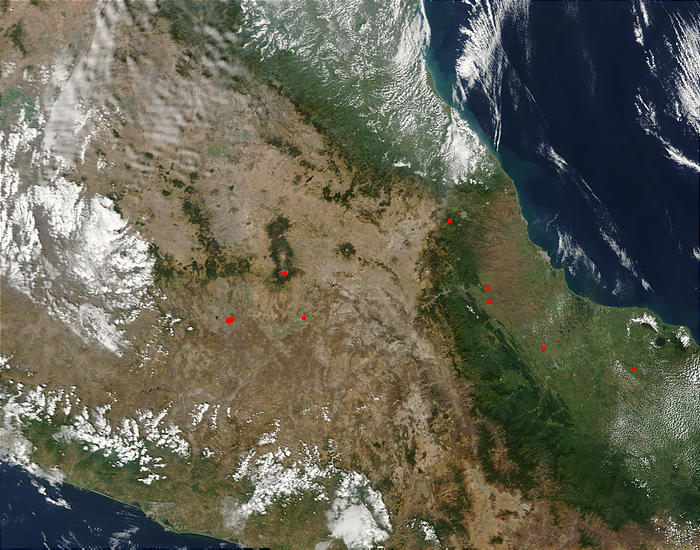 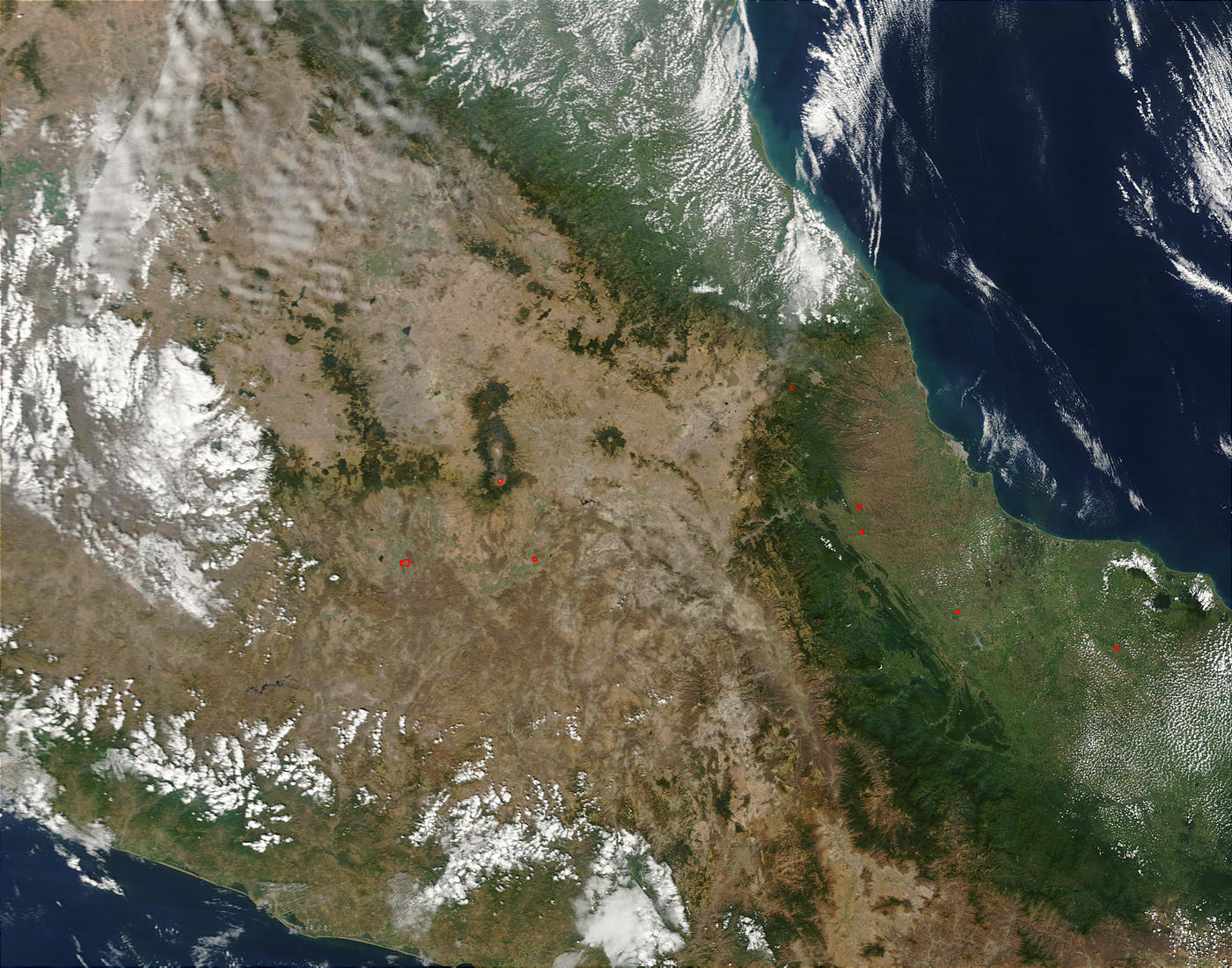 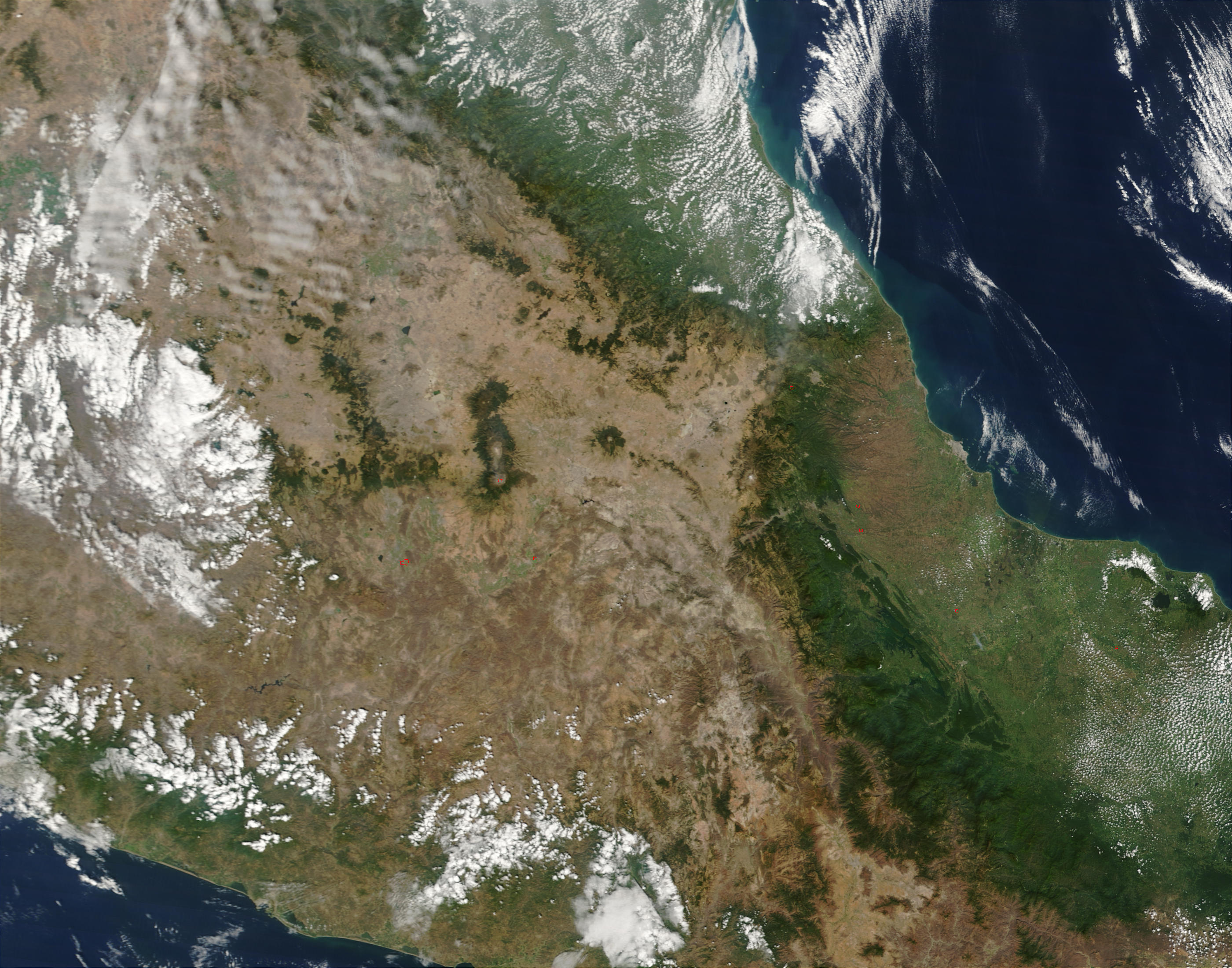 Popocatepetl Volcano, which sits southeast of Mexico City, has exhibited recent seismic activity, and is shown here in this true-color Terra MODIS image spewing hot ash to a height of about 2 kilometers into the air. Popocatepetl is marked with a red dot, and is located in the center of the image on the patch of dark green north-to-south running vegetation. No injuries were reported from the eruption, but the hot ash and debris did start grass fires nearby.

Popcatepetl means “smoking mountain” in the Aztec language, and has been erupting frequently since at least the beginning of the Spanish colonial era. Popocatepetl sits on the second highest mountain in North America, with a summit of 5,426 meters (17,802 feet).

Just north of Popocatepetl is its sister-volcano, Iztaccihuatl. Iztaccihuatl means “Woman in White,” and is named so because the volcano’s ridges resemble the profile of a sleeping woman when seen from the Valley of Mexico (to the west). It is not known when this massive volcano, with a summit of 5230 meters (17, 159 feet), last erupted.

Other red dots in the image indicate fires of varying size and intensity. This true-color Terra MODIS image was acquired February 14, 2003.