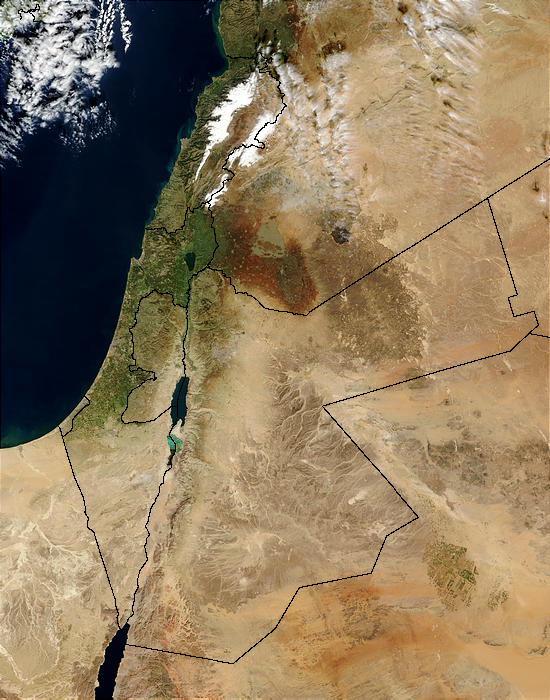 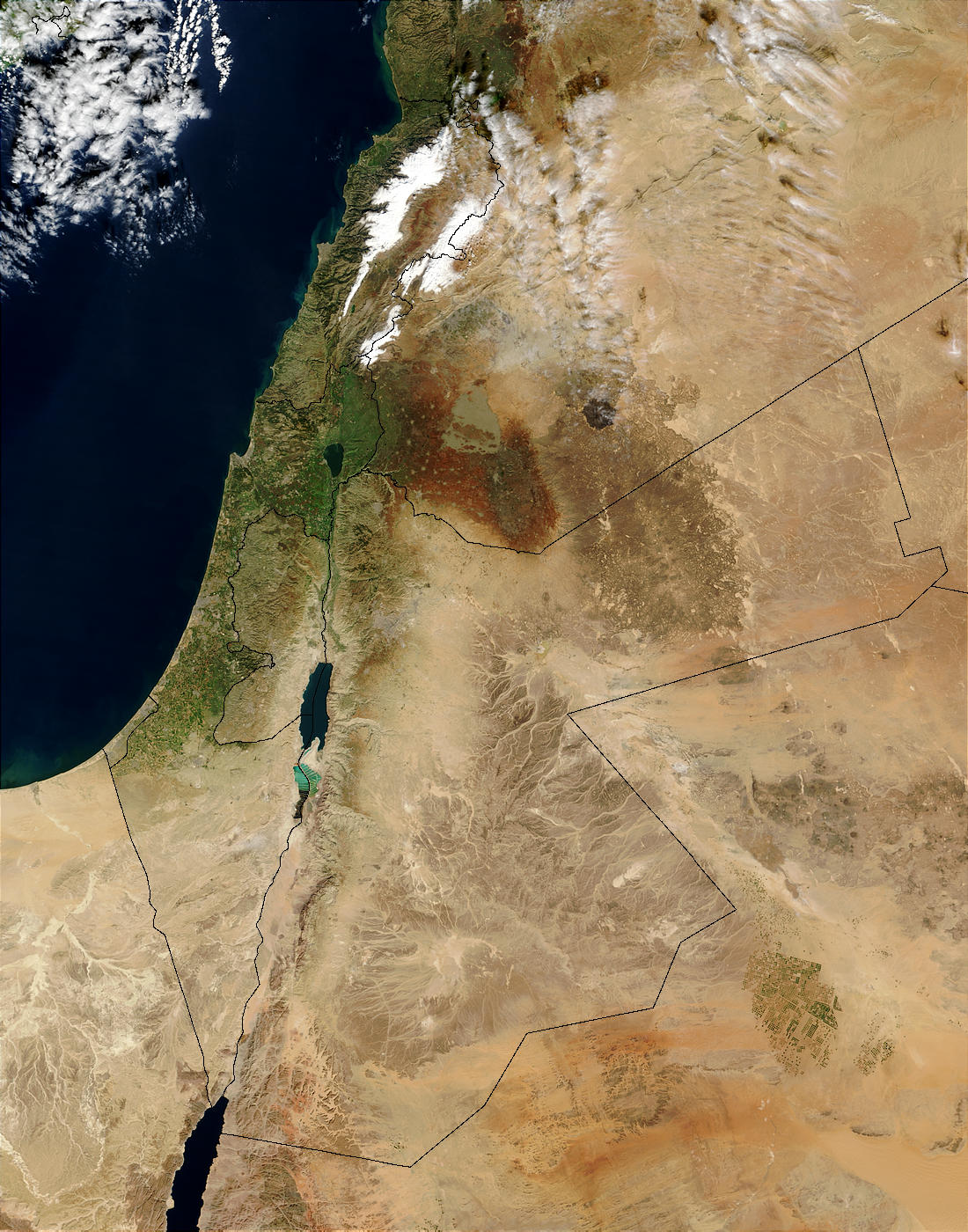 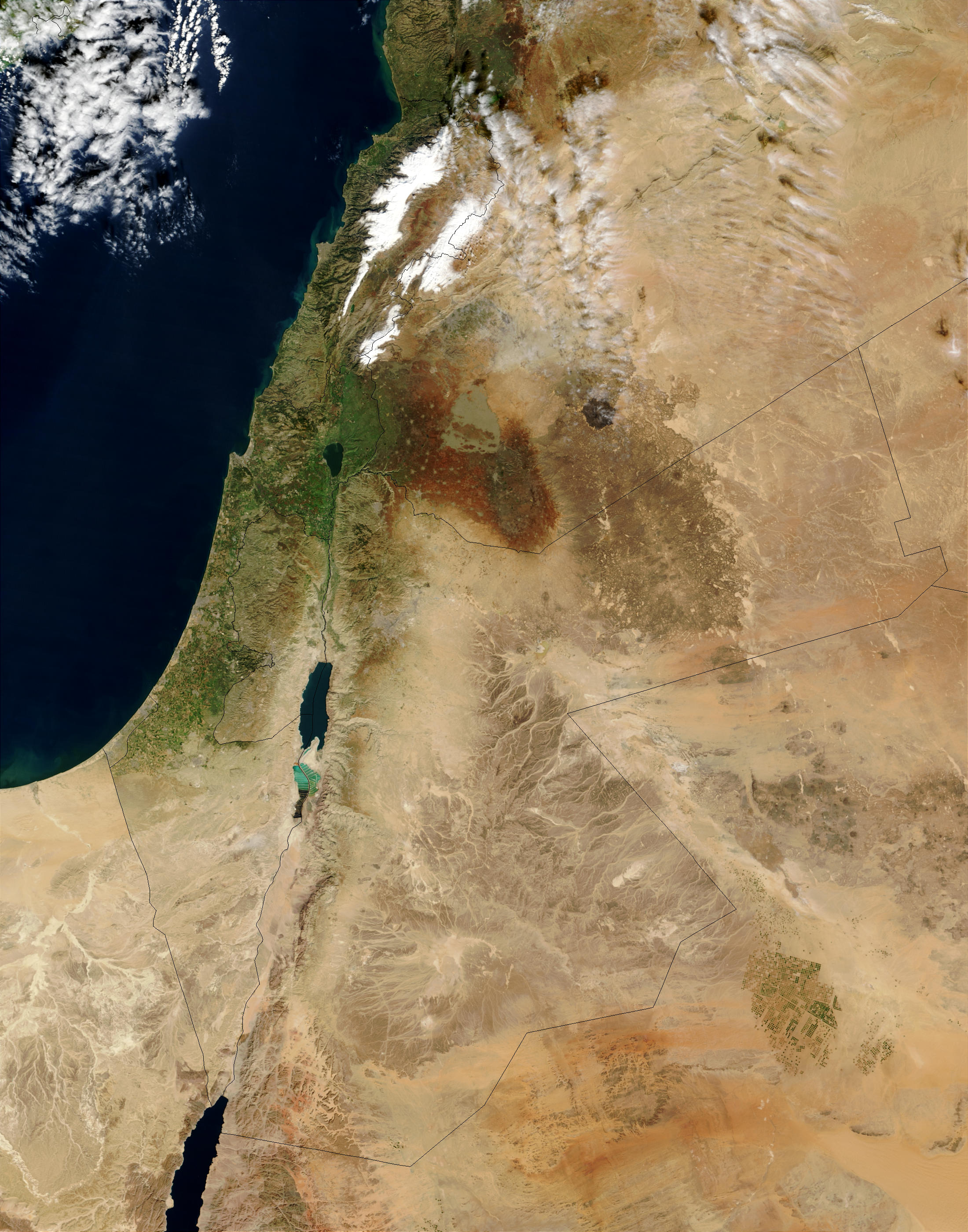 This Moderate Resolution Imaging Spectroradiometer (MODIS) image from the Terra satellite shows the Mediterranean Sea (left) and portions of the Middle East. Countries pictured are (clockwise from top right) Syria, Iran, Saudi Arabia, Egypt (across the Gulf of Aqaba), Israel, the disputed West Bank Territory, and Lebanon. In the center is Jordan. The lush, green vegetation along the Mediterranean coast and surrounding the Sea of Galilee (Lake Tiberias) in northern Israel and stands in marked contrast to the arid landscape all around. In Lebanon (and the border of Lebanon and Syria), bright white snow covers the peaks of the Jebel Liban Mountains. In the bottom right, a few scattered plots of green stand out against the orange sands of the deserts of Saudi Arabia.