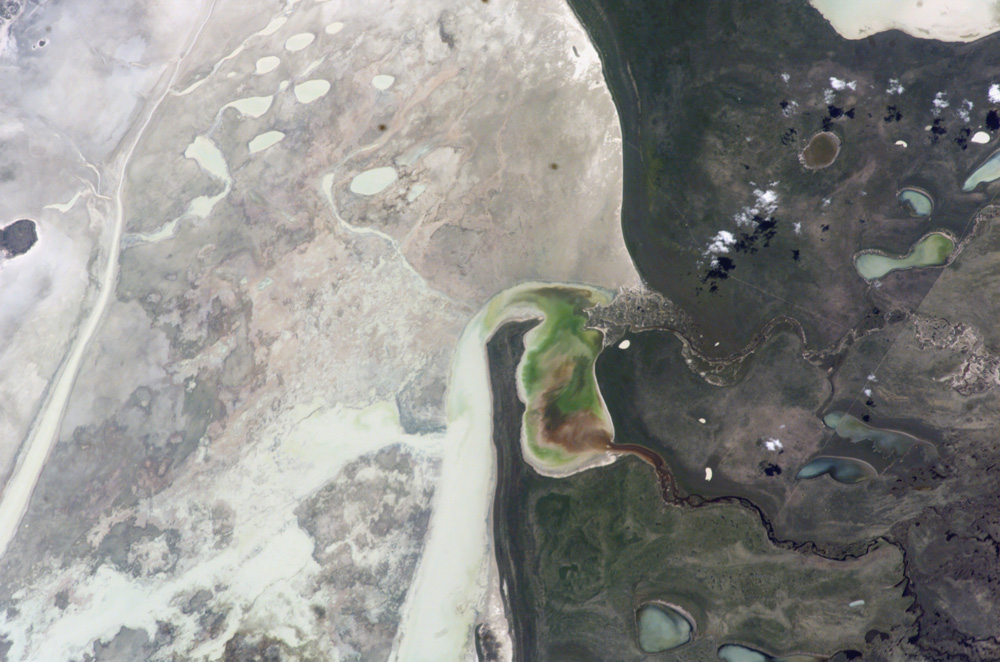 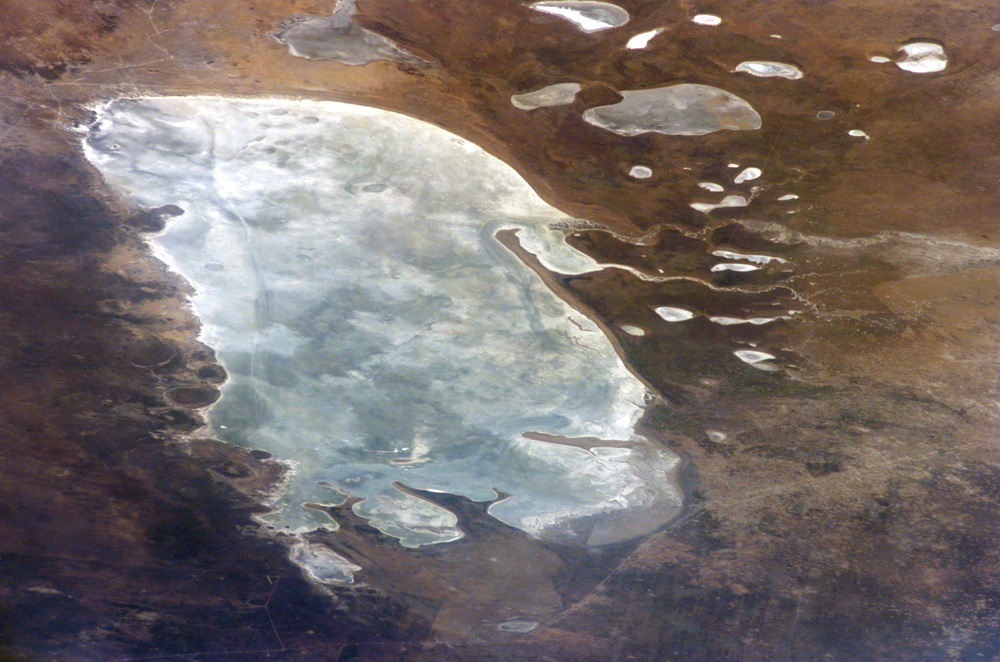 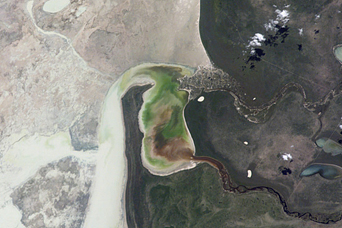 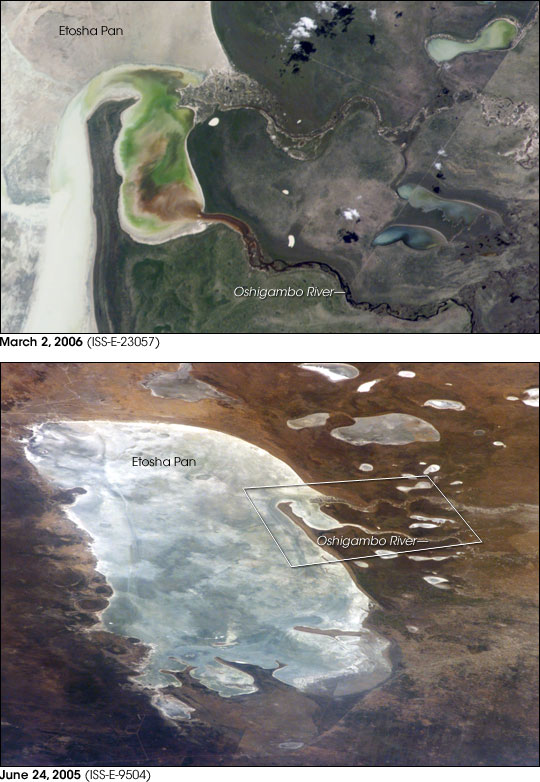 Etosha Pan in northern Namibia is a large, dry lakebed in the Kalahari Desert. The 120-kilometer-long (75-mile-long) lake and its surroundings are protected as one of Namibia’s largest wildlife parks. About 16,000 years ago, when ice sheets were melting across Northern Hemisphere land masses, a wet climate phase in southern Africa filled Etosha Lake. Today, Etosha Pan is seldom seen with even a thin sheet of water covering the salt pan. This astronaut photograph shows the point where the Oshigambo River runs into the salt lake during an unusually wet summer in southern Africa, in March 2006.

Astronaut photograph ISS012-E-23057 was acquired March 2, 2006, with a Kodak 760C digital camera using a 180 mm lens. The regional oblique view, ISS011-E-9504, was taken June 24, 2005, also with the Kodak 760C and a 180 mm lens. Both images are provided by the ISS Crew Earth Observations experiment and the Image Science & Analysis Laboratory, Johnson Space Center. The images in this article have been cropped and enhanced to improve contrast. The International Space Station Program supports the laboratory to help astronauts take pictures of Earth that will be of the greatest value to scientists and the public, and to make those images freely available on the Internet. Additional images taken by astronauts and cosmonauts can be viewed at the NASA/JSC Gateway to Astronaut Photography of Earth.