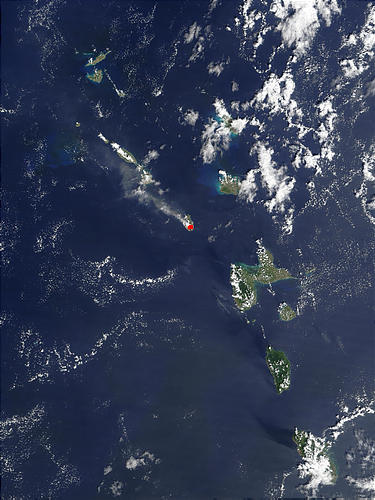 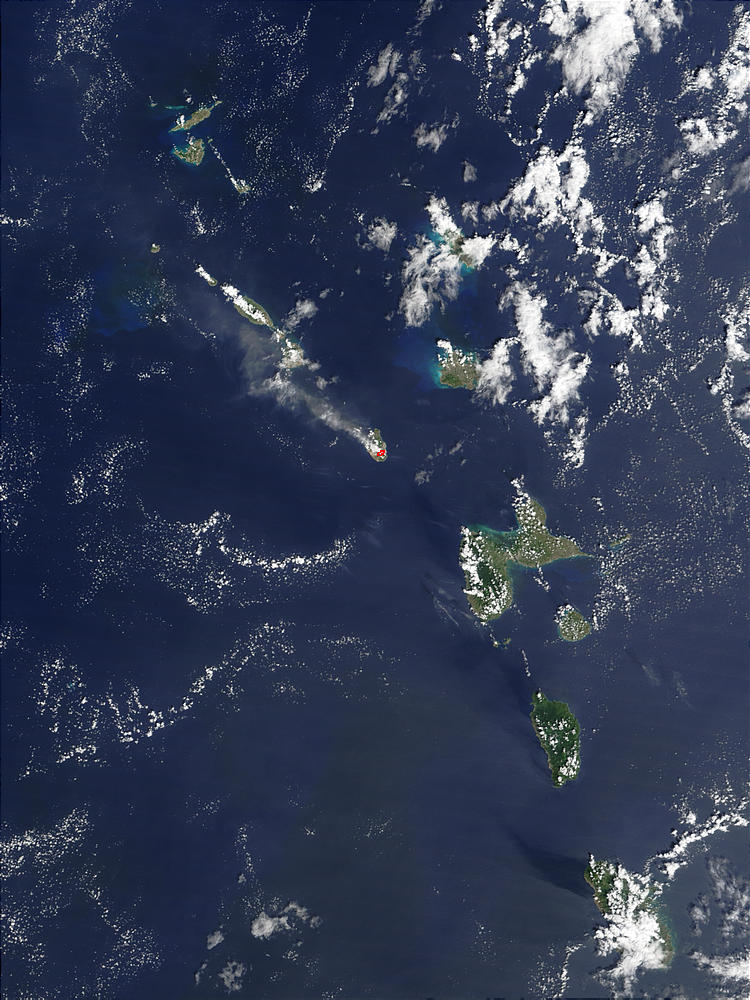 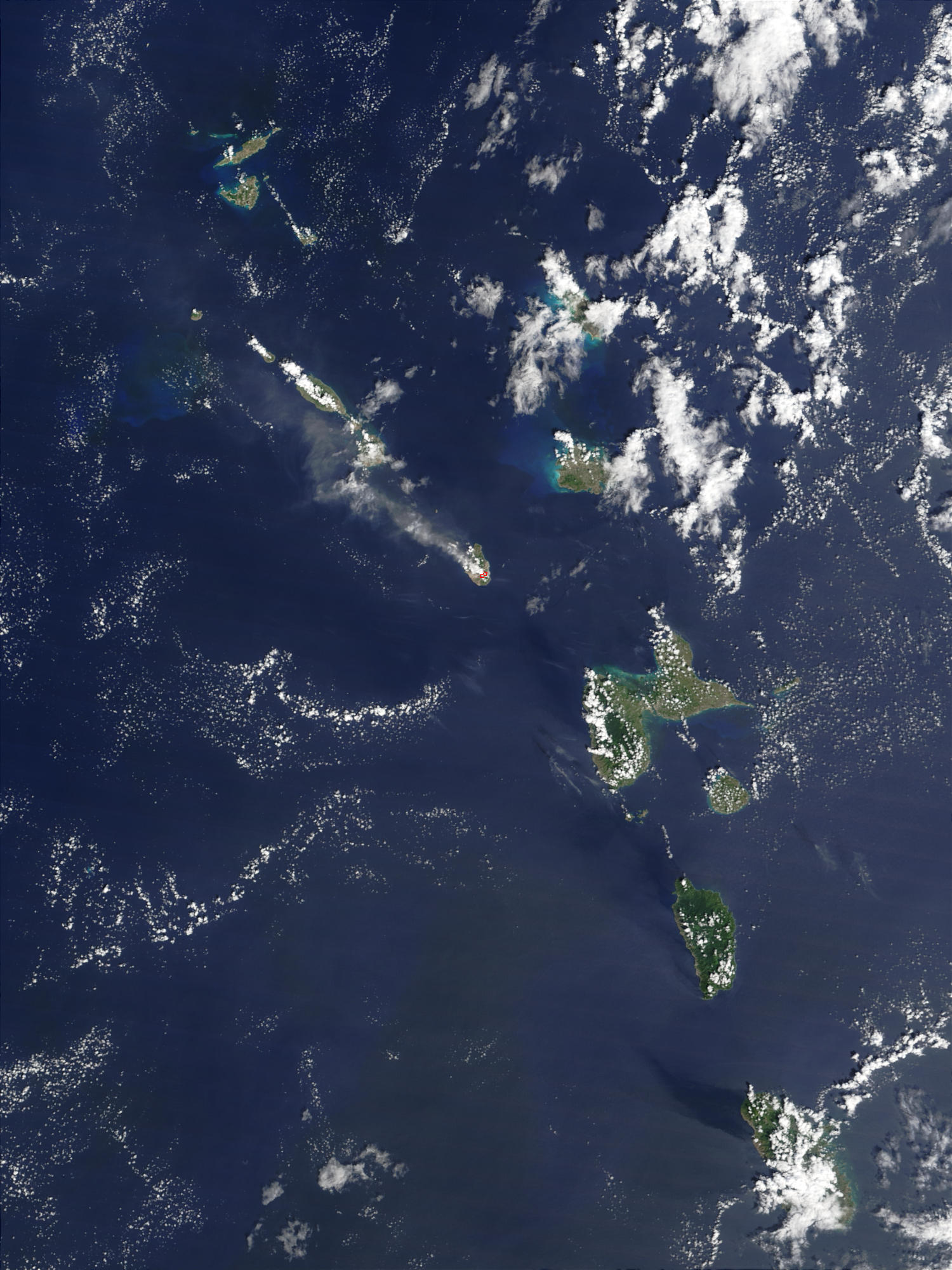 Soufriere Hills volcano erupted again on December 27, 2002, sending a plume of ash and steam (grayish pixels) streaming westward over the Caribbean Sea. This is the most recent in a string of Montserrat eruptions dating back to July 18, 1995, which was the volcano’s first recorded eruption in recent history. That eruption resulted in the emergency evacuation of most of the citizens from off the island. Since then, intermittent pyroclastic flows have streaked the eastern and western flanks of Soufriere Hills a whitish gray, in contrast with the dark greens of the lush rainforest canopy that grew undisturbed for centuries.

Soufriere Hills is a stratovolcano on the island of Montserrat in the Caribbean. These true-color images of Montserrat was acquired by the Moderate Resolution Imaging Spectroradiometer (MODIS) aboard the Terra satellite.